Touch of Evil is another Orson Welles classic! 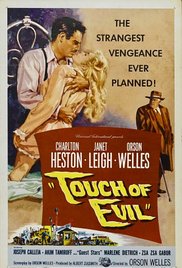 Tonight in St. Louis, Missouri at the Tivoli theater, viewers will have the chance to watch a classic, yet maybe a lesser known film to non-film buffs, by the late, great Orson Welles.  This film also tends to pop up in other markets from time to time at various theaters who show “the classics” or as a part of a film series celebrating a great director, actor, etc.  For those of you who have not seen this film, it will be quite the treat to see it on the big screen, just for the opening tracking shot alone.  A while back, ZekeFilm writers participated in a Film Admission article on Welles where we admitted to having not seen certain films of Welles and went about rectifying this glaring hole in our film experience by watching these “unseen-by-us” films.  I had the fortune of having Touch of Evil for my film admission, and what follows is the review I wrote for that article (which you can read here and enjoy other Orson Welles films reviewed by our writers).

While Citizen Kane will always be his masterpiece, Touch of Evil is a great look at the versatility of Welles both as an actor, and a director.

Touch of Evil finds Orson Welles as Hank Quinlan, a morally-questionable Police Capitan of a Texas border town where he is investigating the murder of 2 individuals following their brief visit into Mexico. Charleton Heston is a Mexican official on his honeymoon to a blonde American named Susan, played by Janet Leigh. 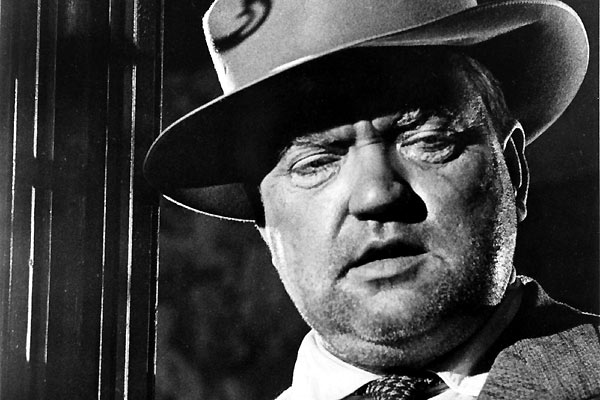 Filmed in a noir style in black and white, Welles directs and co-wrote the screenplay. Trading in the long, wide camera angles of his classic Citizen Kane, Welles here employs a drifting camera technique that allows the lens to float in an out of the scenes and up above the city where the crime is taking place, before settling back into the scene. The opening tracking shot of the two individuals leaving the small Mexican town to cross the border while the audience follows it knowing that there is a bomb in their trunk, is effectively tense. Welles uses the weaving of the camera to provide different views of the town and the potential innocent victims that may be, if the bomb explodes, while carefully keeping the car with the bomb occasionally turning back into the frame. 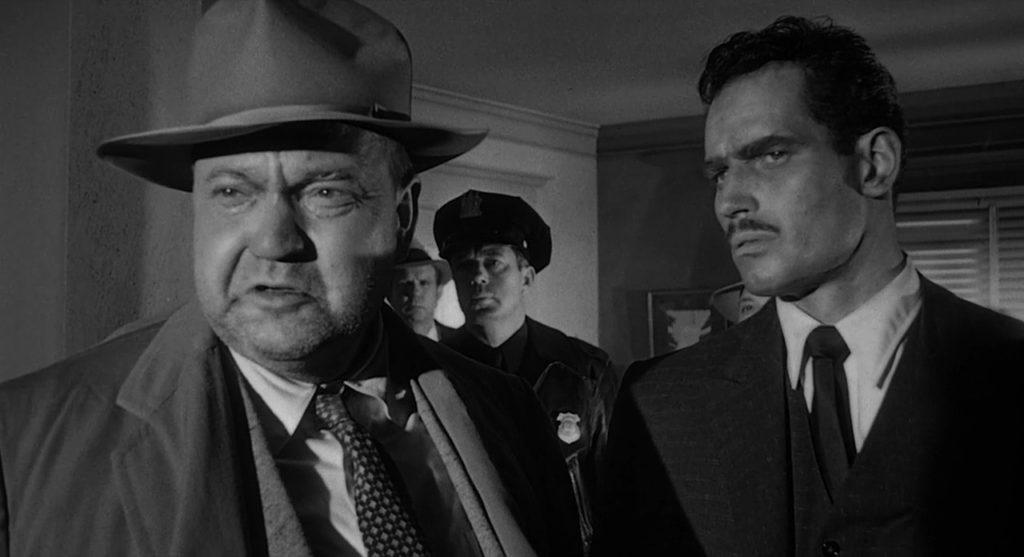 Originally, the studio cut this opening tracking scene and made other editing choices against the wishes of Welles who fired off a 58 page plea of the editing changes he wanted. It wasn’t until the 1990’s that work began to make the changes he pleaded for in 1958. Eventually an extended version was released that restored Touch of Evil back to its intended form. This was the version I saw. Welles, transformed himself with a fat suit for the role and has great interaction with Heston, who was in his prime. Janet Leigh was a couple of years from her infamous scene in Psycho, and in Touch of Evil there is even a small role for a young Dennis Weaver. This film was a very interesting look at the evil that lurks in the hearts of men, and the political corruption of the border towns at the time. While Citizen Kane will always be his masterpiece, Touch of Evil is a great look at the versatility of Welles both as an actor, and a director. 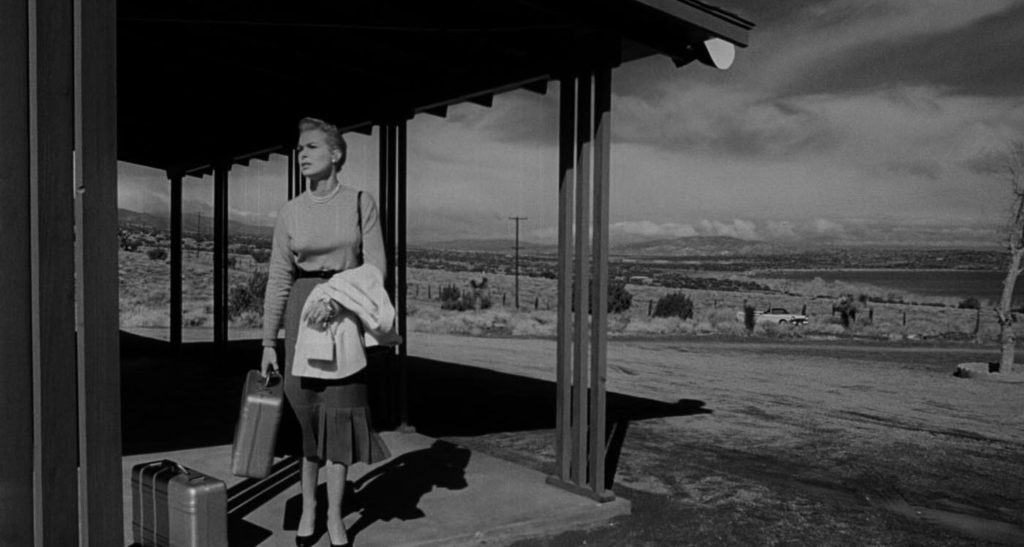