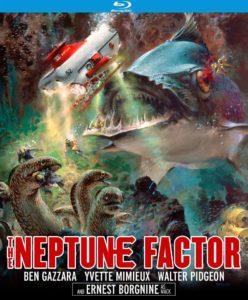 A relatively early entry in the ’70s disaster movie fray, but nevertheless already burdened with all the jetsam of a tired cash-grab, right down to the ripped-off title from the previous year’s The Poseidon Adventure and a prominent role for that film’s star Ernest Borgnine. Though wedged between Poseidon and 1974’s higher-glossed trifecta of doom Earthquake, The Towering Inferno, and Airport 1975, this low-budge, first-draftish effort might stand as the biggest disaster of them all. For a movie about the rescue of trapped scientists at an oceanography habitat that collapses hundreds of feet below the surface, the stakes couldn’t be any higher — but the tension couldn’t be any thinner. Director Daniel Petrie takes what is arguably skimpy material and works into it all the mundane blockiness he can — nothing ever ramps up, nothing ever looks real, and no one ever changes their expression even once, as if trying to give the movie gravitas by grimaces. This, as the informative commentary track reveals, was not for lack of effort or cash – it was Canada’s most expensive film to date, and the country’s first foray into international distribution, but while playing with the big boys may have amped up the Canucks’ confidence, the finished film, especially from the perspective of the decades since, has more the cringing patina of a studio-crushing failure.

Even so, if you’re feeling magnanimous, you could forgive it its many demerits by mentally recasting it as a kiddy version of the subgenre. Its initial focus is on Boys Life aspects of undersea employment – boats, scuba-diving, underwater research labs, the hilarious befuddlement of narcosis – rendering it a kind of proto-Zissou, and it certainly has the simplicity in every respect of a kids’ adventure movie, but any fun is soon drowned by the shoehorned entrance of character actors and their dull character actor problems. We get the broad strokes of conflict and interpersonal dynamics down in the lab: who loves who, who’s not fit for the job, who’s really in charge, etc., just before an earthquake shuffles the coral reefs around and our habitat is sucked down into a brand new trench – and then we don’t see any of those characters again until the very end. One assumes this 60-minute absence is supposed to make our hearts grow fonder – but it’s more like out of sight, out of mind while the action shifts to the rescue effort by the crew of the monitoring research boat on the surface, headed by a woefully unused, late-career Walter Pidgeon, forced to wander his small lab/communications office like a great lion in a toy cage. Enter Ben Gazzara, going all Tommy Lee Jones on the crew, but with a mustache-twisting edge to show just how soulless those corporate types can be – you see, it’s his super-state-of-the-art submersible that will carry him, Borgnine, and perfunctory love interest Yvette Mimieux down into the drink to search for survivors. At the lowest depths, and in the final act, the crew run the submersible into a giant rear projection screen full of bizarre fish the filmmakers want us to believe are made huge by the heat from nearby volcanic activity. It’s an okay idea, as kids’ movies go, and the fish are certainly photographed on their good side, but as drama it’s inert – essentially 20 minutes of some good actors looking agog through a small window at a National Geographic doc on IMAX. For all the Canadian dollars plunked into the gambit, and with a Lalo Schifrin score to boot!, it all just looks like a busy day with some toy boats down at the studio tanks. 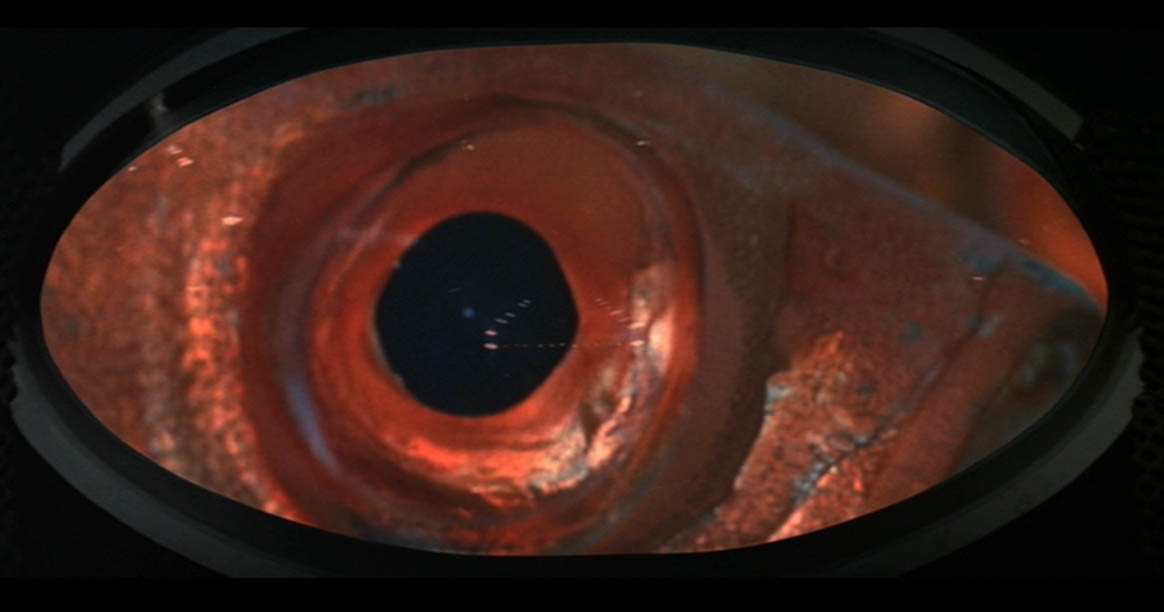