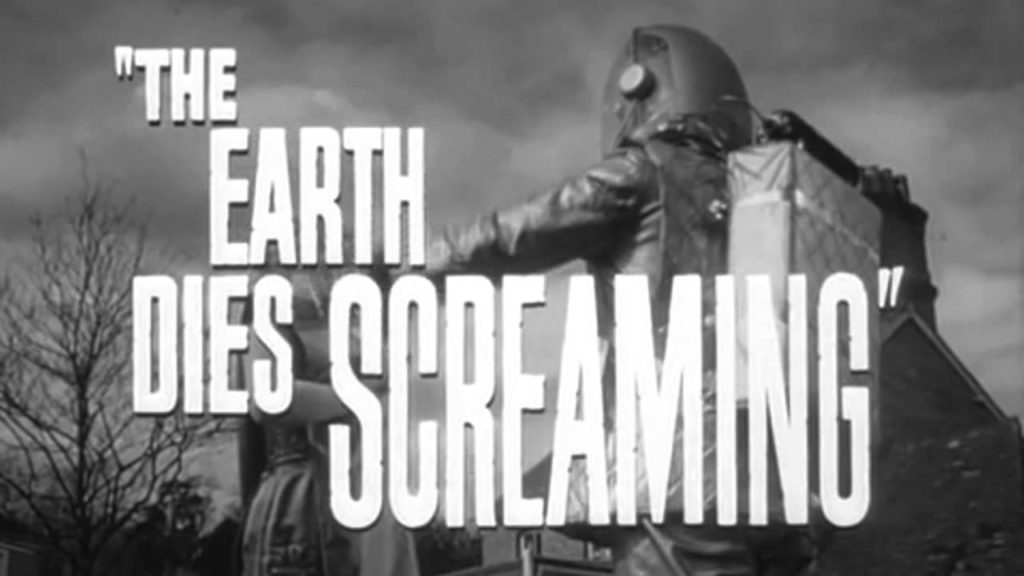 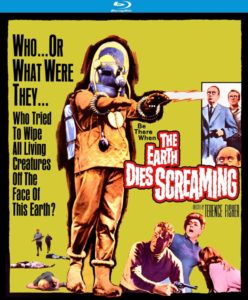 Probably the best way to encounter this movie would be to have first viewed The Earth Dies Screaming as it was intended: in the bottom-bill of a mid-sixties double feature. Feet kicked up on the seat in front in a nearly empty theater, a bored teenager might have been caught off-guard by an airplane landing in a quaint English village and a faintly-familiar, former matinee idol in staunch Willard Parker surveying the quiet devastation of a corpse-littered thoroughfare. Failing that, the second best way would be to have caught the movie mid-way through the title sequence while flipping through channels at 1 AM, being drawn in by the graphically-bold title design and the eerie strains of Elisabeth Lutyens’ strings-moaning score, and then settling back for what promised to be a fairly suspenseful and evocatively dream-like companion through insomnia.

Failing both, the next, most immediately attainable option, thanks to Kino Lorber, would be taking a chance on home video packaging of a giant killer robot with a glass dome helmet firing an electrical doohickey and feeling that the days leading up to Halloween somehow wouldn’t be complete without at least one viewing of an unfamiliar British sci-fi horror movie and the black-and-white terrors that lay therein. 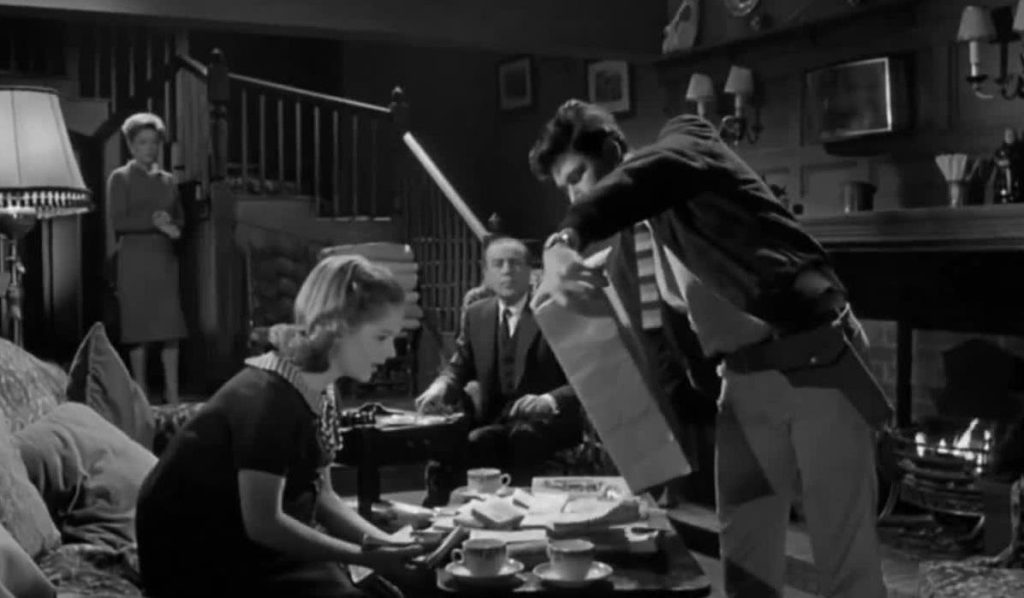 At a lean 62 minutes, the title would seem to announce a hurtling bonfire of mass destruction or fleeing, panic-stricken pedestrians screaming through the streets, but instead what is delivered by director Terence Fisher (The Curse of Frankenstein, The Horror of Dracula), on mid-sixties hiatus from Hammer Films, and schlock producer Robert L. Lippert, who would also produce that same year’s similarly-premised Last Man on Earth, is initially a quite moody, slow-building drama that leaves a quintet of slightly past-their-prime performers (Parker, Virginia Field, Dennis Price, Thorley Walters, Vanda Godsell) peering through the blinds of a country inn. As the aforementioned killer robots and their reanimated, zombie-like victims mutely stumble rather than scream through the streets, the near-geriatric though still-hardy band of survivors are soon joined by the arrival of what also apparently promises to be “mankind’s last hope” in a Liverpudlian Angry Young Man (David Spenser) and his very pregnant young wife (Anna Palk). The curiously ineffectual, apparently worldwide gas attack orchestrated by the unseen aliens takes a backseat to the tensions that arise between the initially uncooperative and ill-matched survivors; the strong, capable American (Parker), the shifty upperclassman and his put-upon wife (Price and Field), the useless drunk and his hysterical wife (Walters and Godsell), and finally the young couple (Spenser and Palk) stumble themselves through the conflicts and betrayals inherent to the blessedly uncomplicated demands of genre storytelling before arriving at a final count, 61 minutes later, of two reanimated and re-deanimated dead; five cooperatively and heroically alive; and one born from the ashes of destruction. 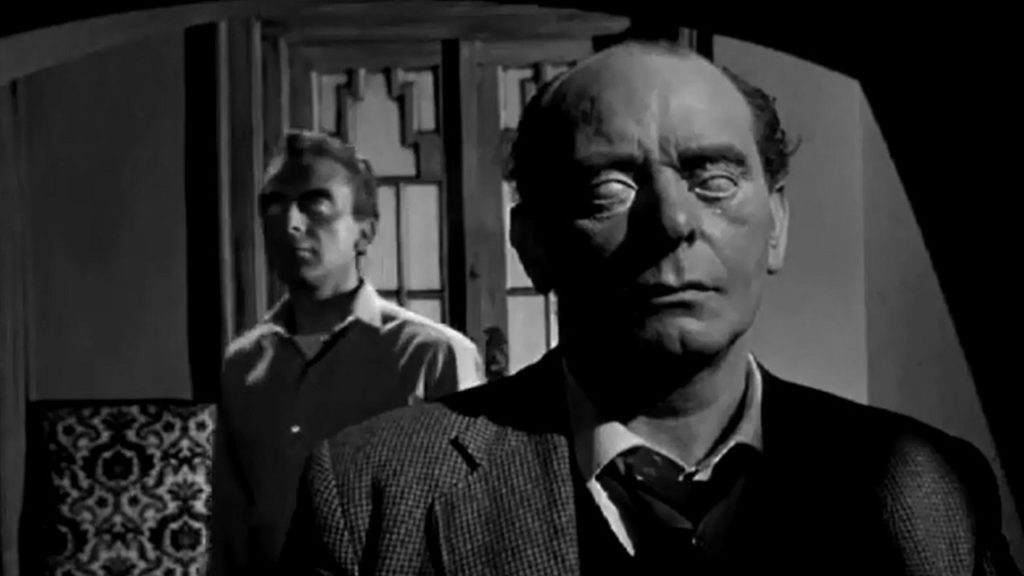 Though the earth dies more with a whimper than a scream, and doesn’t even seem to really die at all in the end, The Earth Dies Screaming is a prime example of Sixties British Sci-Fi for those viewers hungry for the midnight atmosphere of solid B picture-making. Kino Lorber’s Blu-ray release comes with a feature-length commentary by the always-entertaining horror and sci-fi expert Richard Harland Smith, who contextualizes the movie both as a mid-sixties programmer and as the sort of sci-fi/horror fare that prefigured, stylistically and thematically, the more extreme and nightmarish screen zombies of George A. Romero’s genre game-changer The Night of the Living Dead (1968). With its opening, entirely visual screen sequences playing effectively in silence, the crisp black-and-white cinematography and expressive sound design are reproduced with a fidelity to its source material that is undoubtedly an improvement on both scratchy, late-generation prints and late Saturday evening programming most might be previously familiar with. For those who aren’t, and I include myself among them, The Earth Dies Screaming proves decent, after midnight, Halloween-seasonal viewing.