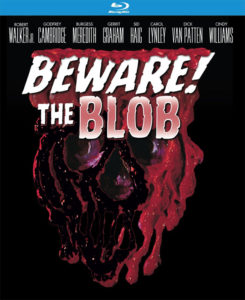 “The movie that J.R. shot!” So went the re-release tag line for this odd 1972 curio, obviously meant to capitalize on his Dallas zeitgeist-eating superstardom a handful of years later. His only prior directing experience was a few episodes of his long running series I Dream of Jeannie, and dare I say, it shows. If Mystery Science Theater 3000 never got around to covering Beware! The Blob, the world has been deprived of something.

Brandished with not one but two grammatically awkward titles, Beware! The Blob and Son of Blob, there might be just enough words between both monickers to make up one proper title. Yet, considering the bumbling disjointedness of the film itself, both actual titles are somehow entirety appropriate.

To classify Larry Hagman’s 1972 Beware! The Blob as a horror-comedy is unfair to both horror and comedy. Arriving 14 years after the 1958 Pennsylvania-bound original film The Blob starring Steve McQueen in a breakthrough leading part, this supposed sequel works in neither genre. Rather, it fuses the two together into a misguided mishmash of dizzying ineptitude and un-reigned silliness. The film is essentially a series of barely related “comedy” vignettes that end with The Blob, that red shapeless alien mass, absorbing everyone. But for all that, Beware! The Blob is a lot of fun.

“Filmmaking 101: if you’ve got an actor tripping on drugs in a major way, do not give him a pitchfork.”

It’s hard to fathom what exactly Hagman did as a director in the physical production of this movie. It’s the kind of film that’s best watched with a few fun-loving friends, and maybe a few drinks. Those may well be the circumstances under which the movie itself was made. 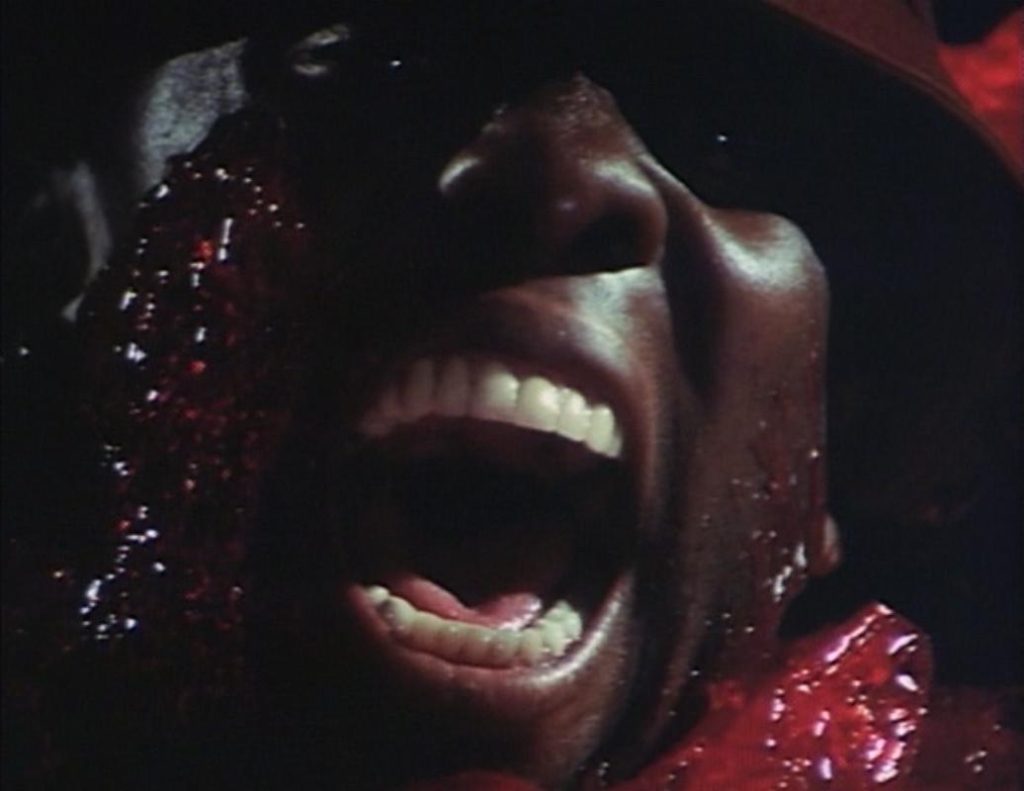 Godfrey Cambridge meets his maker, but first The Blob, in BEWARE! THE BLOB

The disc offers a newly recorded commentary track by film historian Richard Harland Smith, a welcome practice that needs to be encouraged even in the face of loopy movies like this being given the treatment even when, say, the oeuvre of Stanley Kubrick isn’t. It’s a lively, informative and opinionated track that’s fun to listen to. On it, Smith spells out just how many noteworthy people of fame (if not entirely “famous”) are in this movie.

On and gone are Godfrey Cambridge, Dick Van Patten, Cindy Williams, Carol Lynley, Sid Haig, Burgess Meredith, and no doubt several others who wouldn’t mind the omission here. All are good sports, and seem to be having fun appearing in this post-counter-culture drive-in fodder that they couldn’t have guessed would live on in pristine high definition digital semi-permanence over forty years later. Most were apparently Larry Hagman’s friends and neighbors whom he talked into showing up for the shoot. Of particular note is the late versatile actor Del Close, acting alongside Hagman himself as rowdy bums, who’s eyepatch prompts the commentary track line from Smith, “Filmmaking 101: if you’ve got an actor tripping on drugs in a major way, do not give him a pitchfork.” 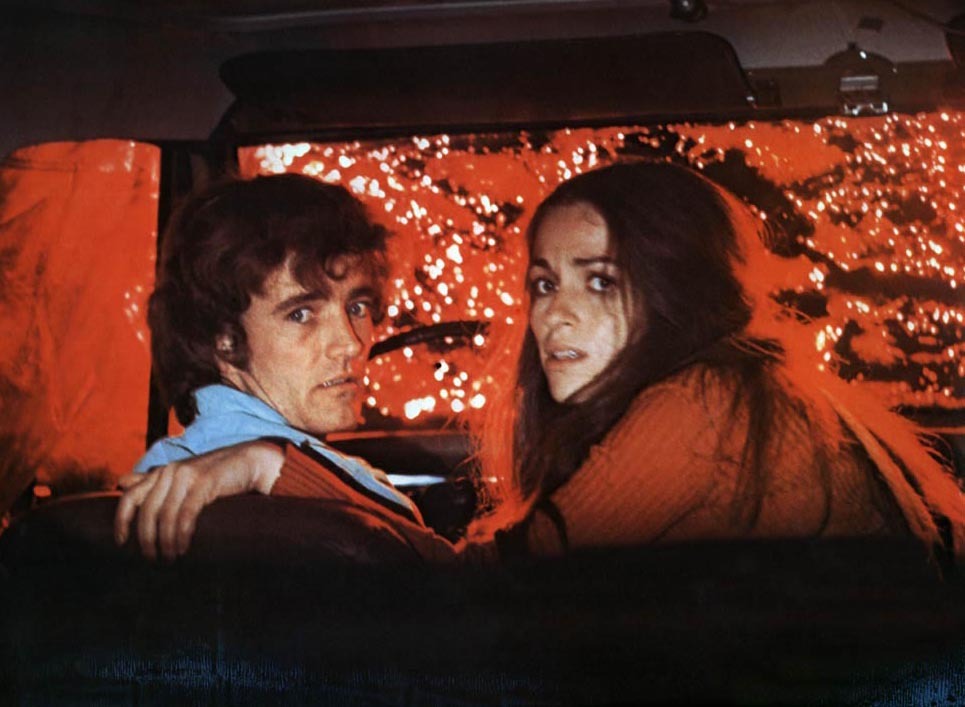 The leads, on the other hand, strive to actually sell the situations that their characters find themselves in. We’ve got youthful Robert Walker, Jr. and Gwynne Gilford running around trying to convince everyone that they’re in grave danger The Blob is coming to get them Ruuuunnn!!!! Sure it takes them entirely too long to realize The Blob’s weakness when they stumble upon it mid-film, but hey, theirs is a stressful situation. 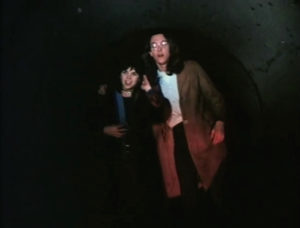 For a very certain minority, the film’s greatest curiosity factor resides in its casting of Christian rock singer-songwriters Randy Stonehill and Larry Norman. Although the pair would go on to have a notable and difficult future together in the recoding business, they share no scenes in this movie.

Randy Stonehill portrays his guitar playing hippie characternas broadly whacked, perhaps even baked for real. He ends up hanging out in an open drainage pipe with Cindy Williams (American Graffiti, Laverne & Shirley) jamming about cocaine (no actual cocaine in sight) until they’re busted by cops, and then The Blob shows up. It’s just another dopey aside in a movie full of them; mercifully pre-fame for both Stonehill and Williams. 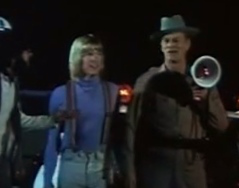 As for Larry Norman, introduced as “the Bob Dylan on Christian rock” and then neglected in the otherwise thorough and very well researched commentary track, somehow nets considerably more screen time. Which is to say, he’s on screen, but doing nothing. Norman gives a performance that could best be described as simian. (Although no, he’s not the token guy in a gorilla suit.) At one point, Norman and his buddy translocate from a house party to a bowling alley, maniacally shoveling ice cream into their faces. Norman stops to stare eerily at his buddy for no reason. His is the kind of self-consciously mugging performance that non-actor performers (such as musicians) tend to give when they find themselves in a movie, and have no idea why. And to think that this happened the same year as his landmark album “Only Visiting this Planet”.

To be clear, Beware! The Blob is great fun for fans of “best worst movies”. On blu-ray, this looks ridiculously good, revealing every crinkle in the clear plastic bags of gelatinous goo that comprise the title star. Not scary enough to be good horror, not funny enough to be good comedy, and not consistently in focus enough to be a good movie, Hagman’s film nonetheless transcends its legacy as the noticeably weirdest entry on everyone involved’s resumes. Like The Blob itself, it somehow keeps moving, and growing in presence. For a fun night with a dated, post-counter culture curio, you can do far worse than the silly yet absorbing Beware! The Blob. 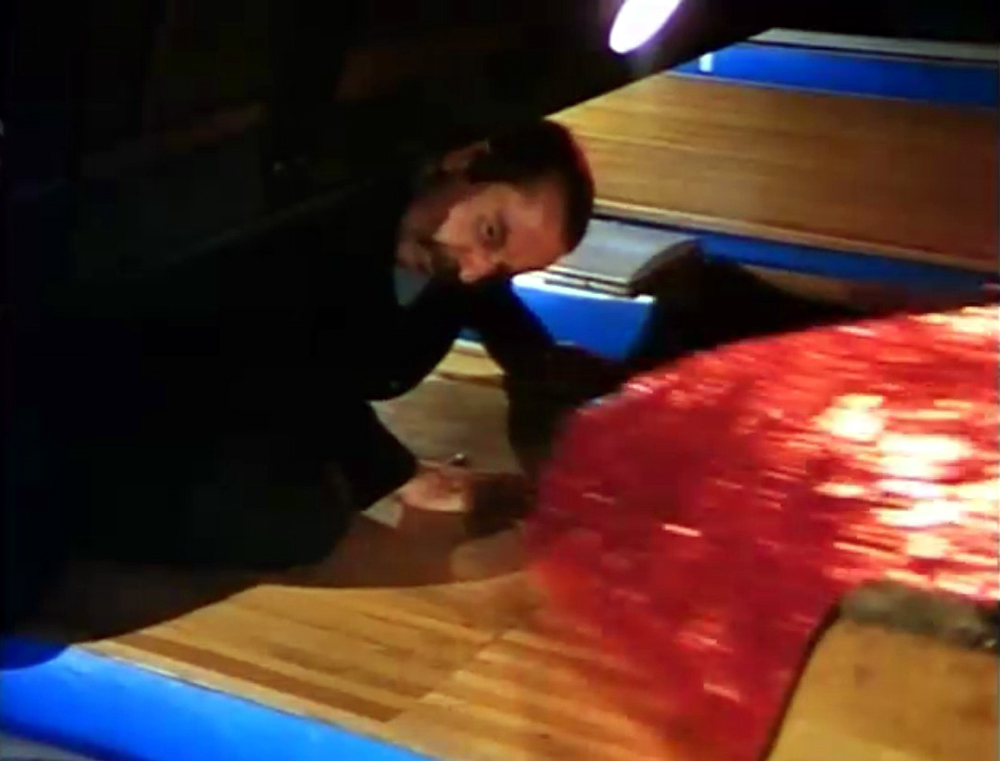