Larenz Tate and Jada Pinkett are Wandering Spirits of ‘76 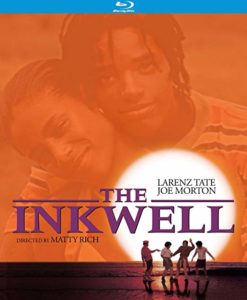 With all the lack of subtlety of a Spike Lee Joint, and production values just north of a filmmaking student’s senior thesis, director Matty Rich’s second, and to date, most recent film, The Inkwell, is an interesting failure.  However tonally whacked, overlong and hammy this teenage coming of age period comedy is, Rich gets points for attempting a very different kind of African-American film in the age of New Jack City.

In the very early nineties, the success of Spike Lee’s Do the Right Thing opened a door for a handful of other black filmmakers to create movies of the African-American experience.  The trade-off for this opportunity seemed to be that these films had to focus on the violent sides of street and ghetto life.  Prominent in the initial burst were John Singleton’s Boyz n the Hood, Mario Van Peebles’ aforementioned New Jack City, and The Hughes Brothers’ Menace II Society.  Among them was seventeen year-old Matty Rich’s first film, Straight Out of Brooklyn.  Though the anointed wunderkind Rich was included alongside the vanguard of this movement in general interest stories, his filmmaking career fizzled much faster than any of the others.

Perhaps The Inkwell has something to do with that.  For all of its quality selling points- a terrific cast (including young Larenz Tate in the lead, Joe Morton as his Black Panther father, and Suzzanne Douglas as his level-headed mother), an interesting time and place (black America’s vacation place of choice, Martha’s Vineyard, in the bicentennial summer of 1976), and a refreshing change of pace story with not a gun to be found- The Inkwell remains an overlong challenge to get through.  At about two hours, there are a lot of plates being spun and ideas being juggled. 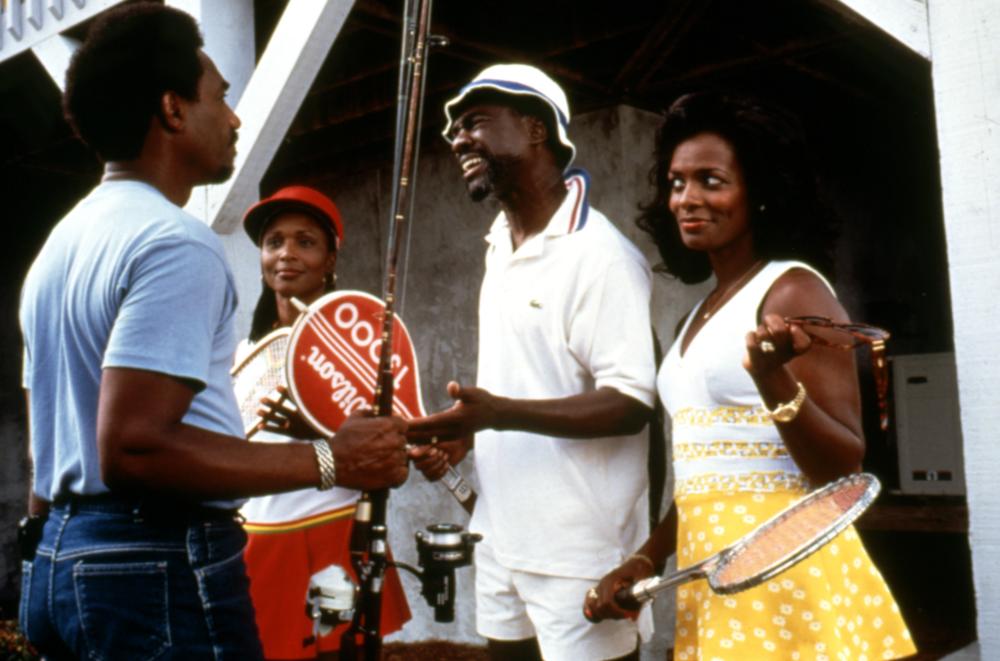 Tate plays sixteen year old Drew, a repressed, socially awkward boy who’s closest relationship is with a handmade doll from his childhood.  When no one is looking, he literally carries on one-sided conversations with it.  He’s savvy enough to know that this isn’t acceptable behavior for someone of his age, but seems to have no bead on how to advance developmentally.

Enter the Trip Of A Lifetime.  Drew’s parents load up the car for a fourteen-day stay at the black getaway at Martha’s Vineyard, also known as “the Inkwell”.  Teenage reluctance gives way to teenage movie, with a stunning Jada Pinkett quickly becoming Drew’s hormonal fixation.  Pinkett’s queen bee character is a long shot, but for someone as untethered from reality as Drew is, he simply goes for it.  Rejection, humiliation, persistence, a swell time together, and lousy heartbreak all follow.

Before it’s all over, Drew’s headhugging hairdo (an embarrassingly bad semi-Jheri curl wig that Tate wears for more than half of the film) will be transformed into something that 1994 audiences could agree is much cooler, and he’ll muster a shred or two of self confidence.  Oh, and he’ll get laid, too.  In a movie full of unintentionally awkward moments, that bit of business at the end feels the most painfully clunky, and worse, tone deaf. 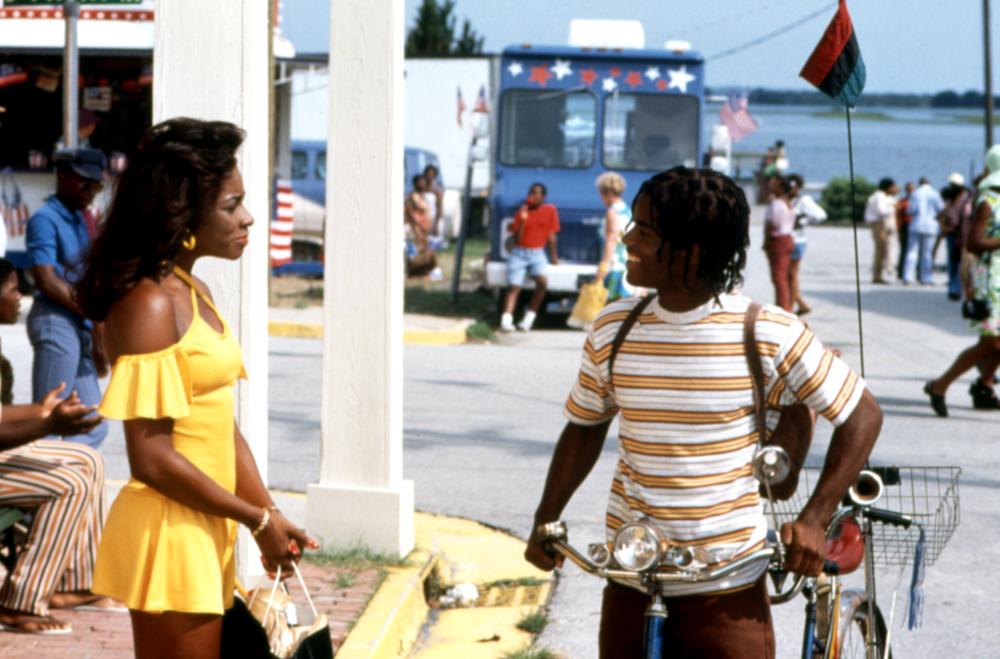 Getting back to the bad hair, most every young male actor playing a character who’s prominent enough to warrant a name and some dialogue also has a crappy wig.  Their wigs are obviously cheaper than Tate’s, if equally “off”.  In an African-American getaway in 1976, it seems odd that only four guys would sport Afros, and even then, their Afros would look like cheap wigs.  But that is indeed the case.

Only Joe Morton has any authentic hair growth going on; all the female characters wear “evergreen” hair styles.  Wigs appear to have been wisely refused by all seasoned members of the cast.

Gyrating between the stereotypical political debating of Morton’s seething black activist and his cartoonish black Republican brother-in-law (a wild-eyed Glynn Turman) and the hambone shenanigans of Drew’s cousin (Duane Martin) and his knuckleheaded buddies (sneaking onto a nude beach that turns out to be inhabited by overweight geriatrics, wacky dance moves, pratfalls and general bombast), The Inkwell remains in the red throughout.

This new Blu-ray edition of The Inkwell looks and sounds fine, though it isn’t going to set anyone’s world on fire, technically speaking.  Matty Rich has a decent if also no-frills commentary track.  Nothing else, really.  The real question is, did The Inkwell really cost Rich his directing career more than half of his current lifetime ago?  It would be most interesting to have seen him artistically improve and grow over time, an opportunity that so many other filmmakers are afforded.  If nothing else, The Inkwell likely sent a message to studio heads that age twenty-one is too young to entrust a sensitive, nuanced detail-driven period film production.

Rich works to infuse lots of color and sunshine into this sophomore effort, but on the whole, The Inkwell, though a change of pace amid its contemporaries, is a missed opportunity for diversifying African-American cinema.