Summer Movies are a Dangerous Business, and No One Knows It Better than Ishtar

Movies can earn the epithet “flop” any time of the year, but the frequency and spectacle of movies that don’t earn back their production costs rise with the temperatures. Last summer, we watched—or rather, most of us didn’t watch—a gaggle of boondoggles sabotage the worst summer box office since 2006:

Even with months of ad campaigns hyping A-list stars (Wahlberg! Depp! Cruise! The Rock!) and well-known intellectual property (Legend! Comic book! Reboot! Remake! Successful prequels!), they amounted to just that—hype. Not that this is a new phenomenon, for this month 31 years ago, perhaps the most notorious flop of all time debuted in theaters, one Ishtar.

For those not acquainted, Warren Beatty and Dustin Hoffman play Lyle Rogers and Chuck Clarke, singer-songwriters as average at their craft as their names. When their careers don’t pan out in New York and their significant others dump them, they head to Morocco to perform in residency at a hotel. Because the two are dopes and because of an incomprehensible plot, they end up in the fictional neighboring country of Ishtar mixed up in CIA hijinks, Middle Eastern politics, and a map that matters because…plot? Throw in a blind camel, a bizarre love triangle hardly worthy of a New Order song, and a few ditties about hot fudge and accordions, and you’ve got an action/comedy/incomprehensible-genre movie called Ishtar.

When Ishtar premiered on May 15, 1987, the world already seemed to have decided it would flop. The press had been reporting for months on the ballooning budget of $55 million, including $13 million in salaries for the two stars and writer/director Elaine May, plus the additional $23 million over the projected budget. Then when it opened five months late, critics weren’t fans. On its opening day, The Washington Post ran two reviews: One negative calling it “piddling” with maybe “the worst performance [Warren] Beatty has ever given,” and a second, though positive, much shorter and admitting “the plot is trickier than quicksand.” Ishtar made $14 million and piddles at 34% on Rotten Tomatoes today. 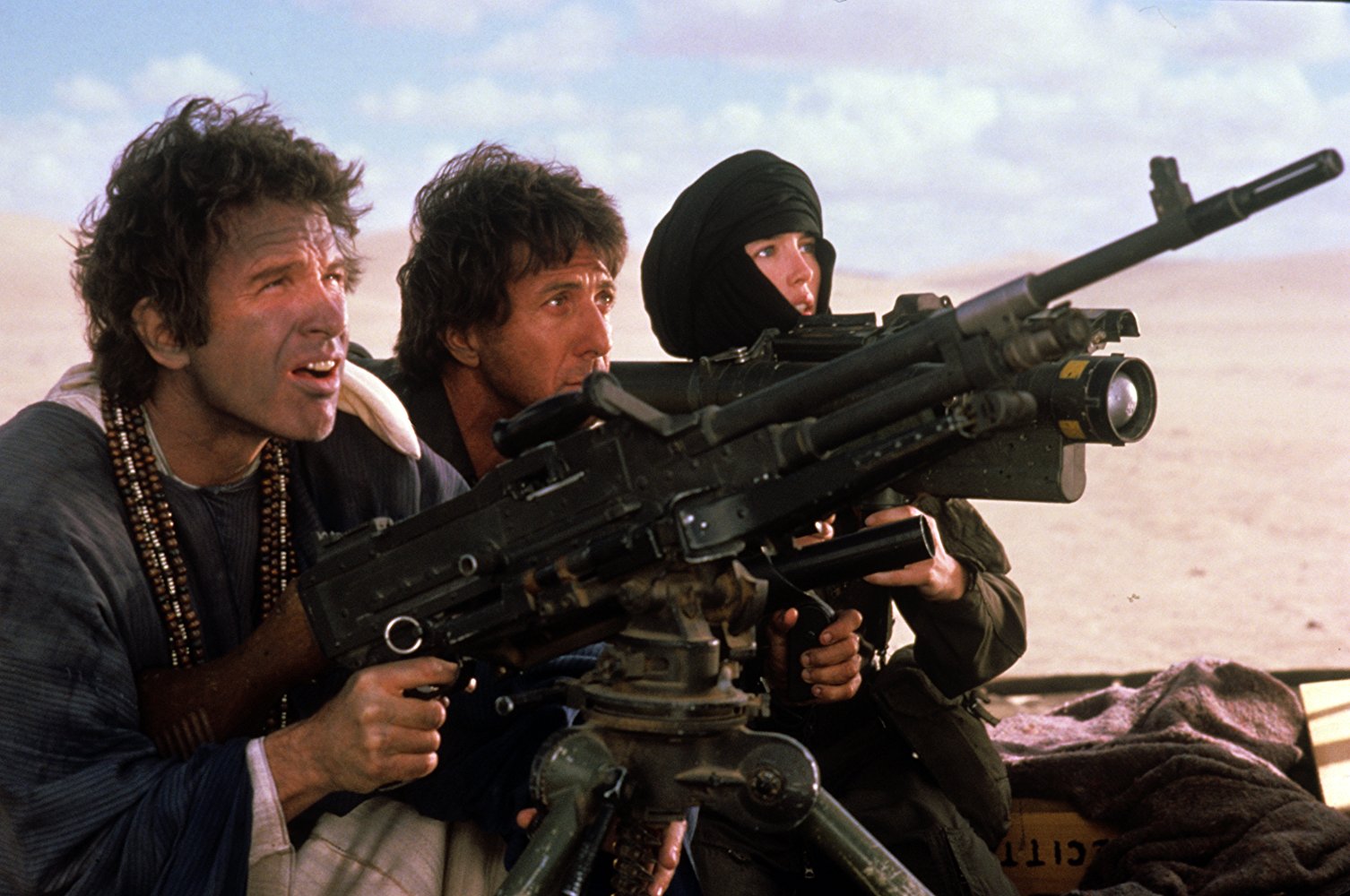 I watched Ishtar for the first time last year, thanks a television series of a much higher caliber, one Gilmore Girls. In episode 117, “The Breakup: Part 2,” the eponymous Lorelai (Lauren Graham) and Rory (Alexis Bledel) discuss how Rory should cope with her recent breakup:

LORELAI: One day, one day of pizza and pajamas. I’ll rent Love Story and The Champ, An Affair to Remember, Ishtar.

RORY: I don’t want to be that kind of girl.

LORELAI: The kind of girl that watches Ishtar?

RORY: The kind of girl who just falls apart because she doesn’t have a boyfriend.

I don’t seek out every pop culture name drop on Gilmore Girls (I wouldn’t have time for anything else if I did), but I do co-host a podcast about them. My co-host Kyla Carneiro and I attempt to keep up with Lorelai and Rory’s pop culture references on SO IT’S A SHOW?, in which we dig into the cultural context and deeper meaning of their references in each episode. Because the unofficial subhead for our show could be, “Millennials Learn About 20th Century Pop Culture,” Ishtar was prime material.

While our opinions of the film varied some (I laughed at our dynamic duo’s stupidity, she found it grating), we agreed—Ishtar is not a good film. This humdrum spectacle is made of two movies that don’t belong together, one about two goofy singer-songwriters trying to make it in New York and the other a subpar Indiana Jones rip-off. Beatty and Hoffman find an amusing chemistry, but that doesn’t outweigh a structural mess of a script. Comedy comes from laughing at this movie, not just with it, and I can’t help but think this whole endeavor would have been better without the parts about Ishtar.

So imagine our surprise when in our research we came across Waiting for Ishtar, a documentary about—wait for it—the fans of one of the most eviscerated comedies in modern filmmaking. We interviewed director John Mitchell, whose journey with Ishtar began when he saw it opening weekend because of his love for Beatty, Hoffman, and May. Despite the press he’d heard and the problems he admits are present in the script, he loved the movie and its perspective on the creative process. But not only have many of his friends disagreed with him about it, they’ve criticized him for his opinion.

“With the documentary, it was actually a conversation about guilty pleasures, and talking about things you’re not supposed to like,” Mitchell said. “Ishtar is certainly not something you’re supposed to like.”

The idea for the documentary came by chance after one of these conversations at a party and after he discovered he was on a waiting list of 47 people for the film at the Toronto Public Library. Who were these “closet Ishtar fans” on this waiting list? Or were they attempting to become first-time viewers? As May insisted, “If all the people who hate Ishtar had seen it, I would be a rich woman today.” But because no one was on the waiting list for movies like Citizen Kane at the same library, Mitchell and his directing partner Jonathan Crombie (whom you might remember as one Gilbert Blythe in Anne of Green Gables) knew there was a story there.

“It’s totally fair to watch a movie and say, ‘That’s not for me,” Mitchell said, “but in the case of Ishtar, going back to Elaine May’s quote, I think she’s right that it became just a joke, where people just knew it as a joke and would make Ishtar jokes who had never even seen the film.”

At 31, Ishtar isn’t old enough to run for President but old enough to form plenty of opinions about Comey’s Russia investigation, and somehow we’re still forming our opinions on its legacy.

From there, Waiting for Ishtar becomes a small but delightful journey to find someone, anyone on that library waiting list. Along the way they interview people behind the film (including actors Charles Grodin and Carol Kane), people intimate with the creative process (including Lisa Lambert, the Tony Award-winning composer and lyricist for The Drowsy Chaperone), and plenty of other people who know they’re not supposed to like this movie. When they do find people who love Ishtar, Mitchell finds a “common language” of shared movie quotes and experiences as a conversational pariah for loving a film that reminds him of Laurel and Hardy with a budget that rivals action franchises today at $122 million. 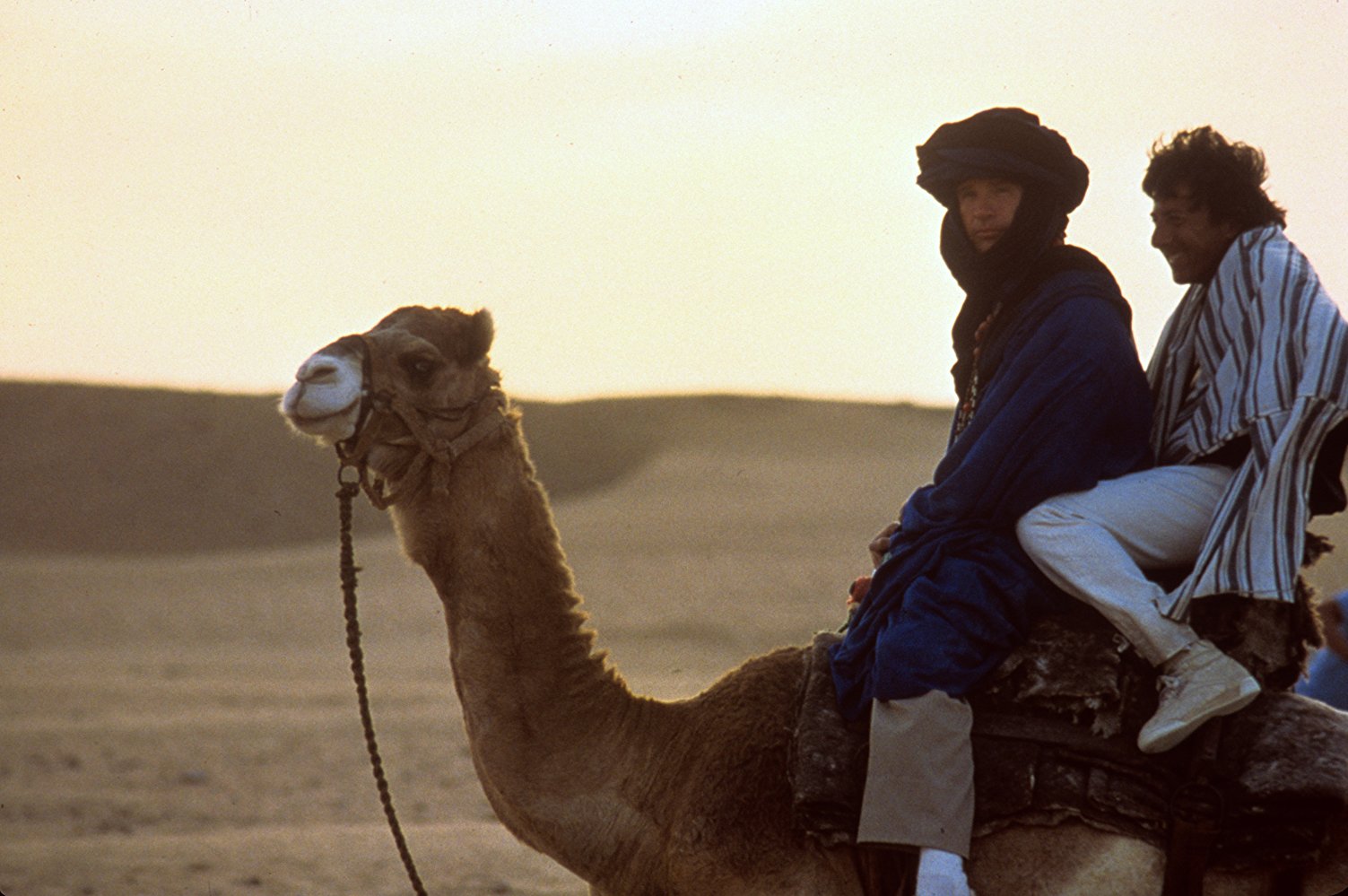 The Legacy of a Flop

At 31, Ishtar isn’t old enough to run for President but old enough to form plenty of opinions about Comey’s Russia investigation, and somehow we’re still forming our opinions on its legacy. In 2001, Lorelai and Rory referenced Ishtar as shorthand for Rory’s embarrassment over her first breakup. In 2018, Waiting for Ishtar uses it as shorthand for finding your people. (After Crombie passed away in 2015, a bench was dedicated to his memory in Central Park near the bench for May’s frequent collaborator, Mike Nichols. The inscription calls Crombie an “Ishtar defender.”) For all that we love to hurl punch lines at our summer flops, their cultural impact doesn’t necessarily diminish with their box office returns.

A flop’s box office also doesn’t necessarily correlate with an audience’s love for it. I’m embarrassed to say that by watching Pirates of the Caribbean: Dead Men Tell No Tales more than once, I’ve seen it more times than four movies I recommended in my Best of 2017. Despite the absurd undead sharks and franchise bloat, I went opening weekend because Orlando Bloom will never not win me over and watched it again on Netflix because it’s maybe the best in the series since the original. Plenty of films we love today (It’s a Wonderful Life, Citizen Kane, Bringing Up Baby) were under-appreciated in the time they were made, but because of reexamination or fans coming out of the woodwork, they’ve become classics. Pirates 5 will not be one of them, but who knows? Maybe some will hail Valerian and the City of a Thousand Planets and The Dark Tower as works of auteur genius in a few decades. (Don’t ask me—I didn’t see either of them.)

Or perhaps one of the hype vehicles studios are pitching to us right now for the summer of 2018 will find a complicated legacy, and it’s prime time to start taking bets on them. Superheroes still feel reliable (Avengers: Infinity War, Deadpool 2, Incredibles 2), but perhaps Ant-Man and the Wasp will get squashed. Jurassic World: Fallen Kingdom, Mission: Impossible – Fallout, and Ocean’s 8 seem like sequels that still have audiences, but who asked for a Mamma Mia 2? And with all its production drama, no 20th century Star Wars film appears as apt to fail as Solo. (Remind you of the bad press for Ishtar at all?) Whether one of those tanks or it’s The Spy Who Dumped Me or Skyscraper or The Equalizer 2 or Hotel Transylvania 3: Summer Vacation, it’s inevitable at least one won’t offset their expenses no matter how many loud trailers or awkward press junkets studios cobble together.

It’s also inevitable that any flop this summer will speak to someone, just like Ishtar did to Mitchell in 1987. Someone will love the characters like Mitchell loved Chuck and Lyle and someone will quote the jokes like Crombie loved to quote, “We didn’t need a pencil.” No matter how many merciless reviews say the film crashed and burned, the money will only tell one part of its legacy for these people. Perhaps this is where we should take Mitchell’s advice on the matter: “Enjoy what you enjoy, connect to what you connect to, and try to share that with other people. If they don’t like it, that’s okay, that’s fine—everyone has a right to disagree”

With that in mind, let flop season begin.

Learn more about Waiting for Ishtar, a short and sweet documentary I definitely recommend.

Listen to the full conversation with John Mitchell about Waiting for Ishtar on SO IT’S A SHOW?

Listen to the full discussion about the movie Ishtar on SO IT’S A SHOW?