The Rock, Efron, and Daddario Bring the Laughs in Slow Motion 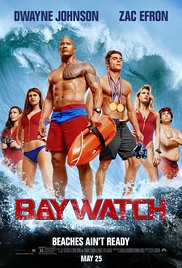 As part of his community service, disgraced Olympian Matt Brody (Zac Efron) joins Baywatch, an elite group of lifeguards committed to saving lives and stopping crimes. Mitch (Dwayne Johnson) and CJ (Kelly Rohrbach) aren’t sure if Matt will take his position seriously, so they make him tryout for the squad along with hopefuls Ronnie (John Bass) and Summer (Alexandra Daddario).

Of course Matt makes it on the team, but that doesn’t stop Mitch from calling him things like “N*SYNC” and “Bieber” every chance he gets. Our heroes come across drugs and murder linked to a powerful woman (Priyanka Chopra) and decide to get to the bottom of it even after the local cops remind them they’re just lifeguards. They should stick to lifeguarding. 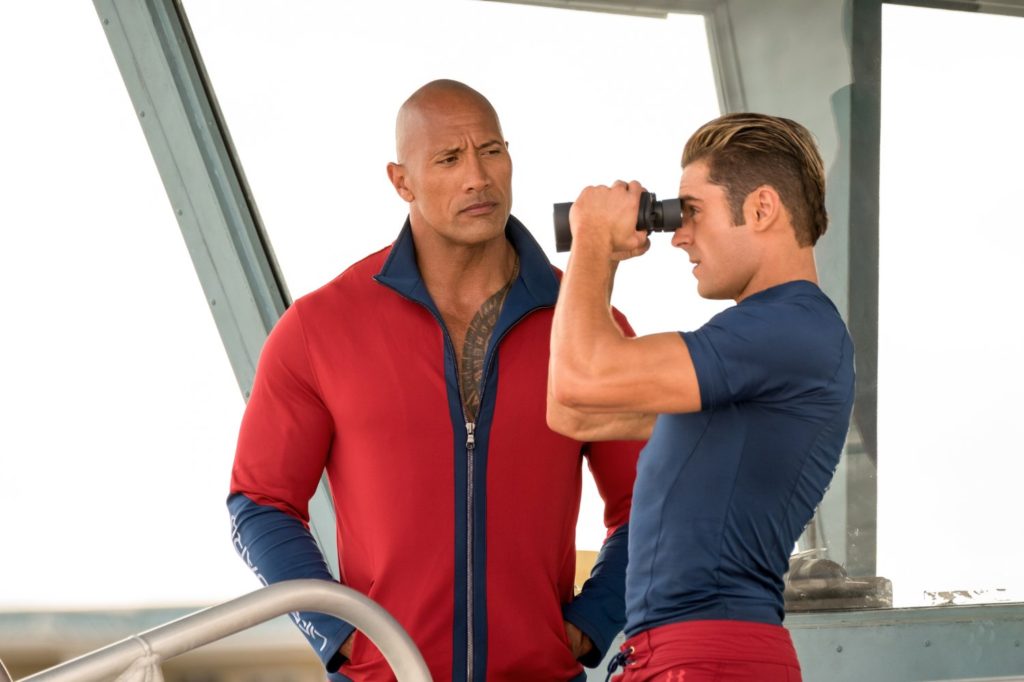 Johnson and Efron in BAYWATCH.

Baywatch is fun to watch because it doesn’t take itself too seriously…until it does. What I mean to say is the movie tries to pull off a big action spectacle for the finale after spending the movie mocking big action spectacles. While the ending is a misfire, there are enough laughs beforehand to make up for it.

Baywatch features nudity, but maybe not the kind you would expect. I’m talking full frontal male nudity, including the cadaverous variety. Your mileage will vary on if you find that hilarious. I also could have done without yet another out-of-shape schlubby guy getting the unattainable hot girl at the end. It’s silly wish-fulfillment that I find annoying, but is a small nitpick for an otherwise goofy movie that made me laugh. 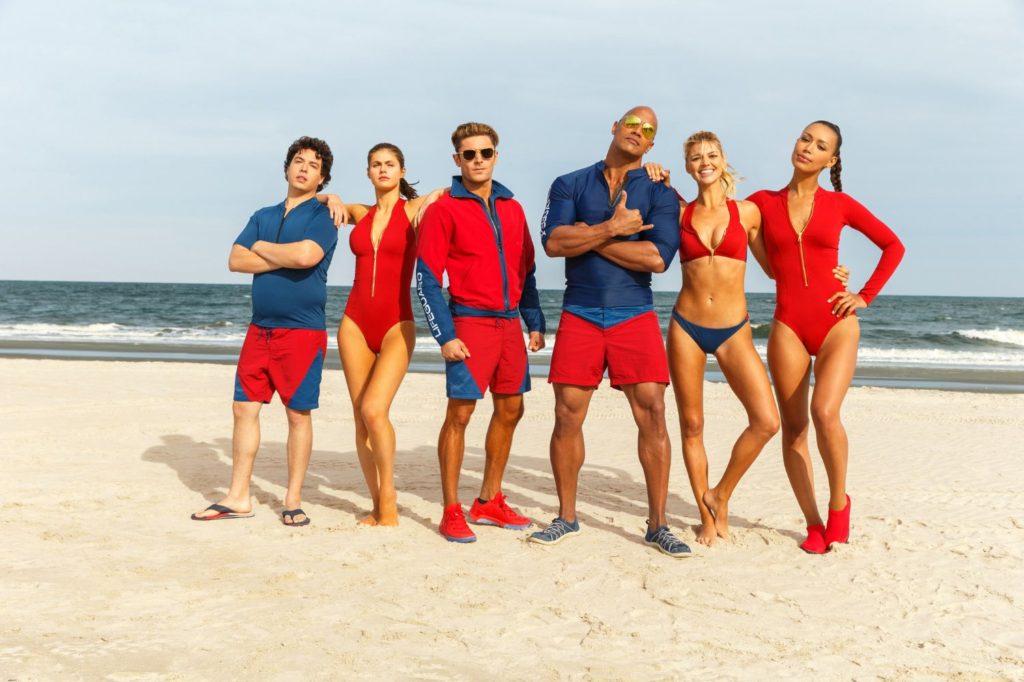 David Hasselhoff and Pamela Anderson have cameos, but I’m not sure how much audiences will care. Are there still big Baywatch fans out there? I know it was at one time the most popular television show in the world, but that was long ago. If you still have a soft spot in your heart for all of that slow motion jiggle, you’ll be happy to know the feature film adaptation is laughing with you, and not at you.

I like this cast and would be game to watch them run down the beach in slow motion again, should we be blessed by the beach gods with a sequel. This time, let’s take the crew to the mainland. They could be private investigators! You could call it Baywatch Nights. It writes itself.