Max on Movies: THE CIRCLE

Tom Hanks and Emma Watson “Just Say No” to Privacy 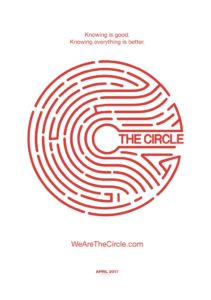 When we meet the twentysomething Mae Holland (Emma Watson), she’s driving her rickety jalopy down the road, jamming out to “Metal Guru” by T. Rex. Mae would love to be able to afford a nicer car, but she’s got to land a better job first. Luckily, her best pal Annie Allerton (Karen Gillan) works at The Circle and just secured Mae an interview. I hope she gets the gig! Us Marc Bolan fans need to stick together.

What is The Circle, you ask? It’s a groundbreaking and hugely popular social media all-in-one internet company that’s sort of like a mashup of Google, Friendster, Facebook, MySpace, Amazon, GeoCities, Twitter, AngelFire, Instagram, NetScape, Apple, Magellan, MicroSoft, AOL, WhatsApp, Yahoo, IBM, Hotmail, CompuServe, and Earthlink. With a little bit of ICQ thrown in. Oh, and they throw big parties, at least one of which featured a live concert from Beck. BECK, PEOPLE. This company is legit. 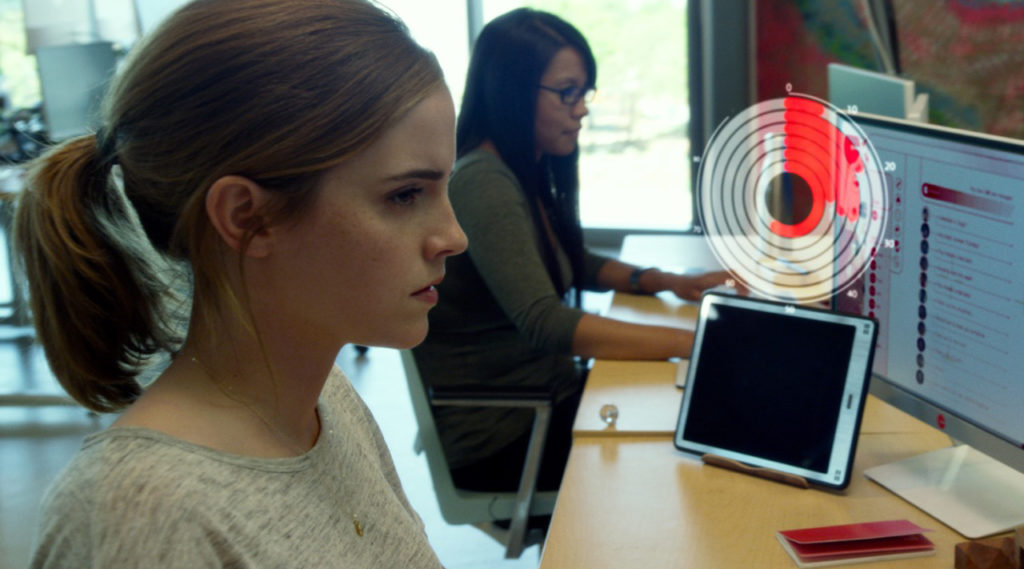 Mae eventually comes to the attention of Eamon Bailey (Tom Hanks), one of the co-founders of The Circle, who believes she may be the best new emissary for their company. Along with his partner Tom Stenton (Patton Oswalt), Eamon decides to place Mae front-and-center as a test subject for their latest idea, 24/7 live streaming of one’s life. Faster than you can say JennyCam, Mae agrees to wear a camera that broadcasts her entire life, with the occasional three minute blackout for bathroom breaks. I don’t know about you, but I’d need more than three minutes for those.

Eamon is not quite the villain you may think he’s going to turn out to be. Hanks plays him as a corporate man trying to grow his company, not unlike a Mark Zuckerberg or Steve Jobs. Imagine if Zuckerberg ran for President and you were able to vote using Facebook. This is where The Circle goes, imagining a world where you could vote for a president, do your taxes, pay parking fines, and update your medical records all through one social program.

Mae eventually adds her parents, played by Glenne Headley and Bill Paxton, to her health insurance, uploading their medical records to The Circle cloud. It’s creepy, but the film doesn’t show any fallout. It’s simply the way of the future. This film marks the late Bill Paxton’s final film work and he does a commendable job portraying someone living with Multiple Sclerosis. Ellar Coltrane shows up as a boy from Mae’s past, an off-the-grid holdout in this brave new tech-savvy world, while Patton Oswalt plays against type as The Circle’s somber moneyman. 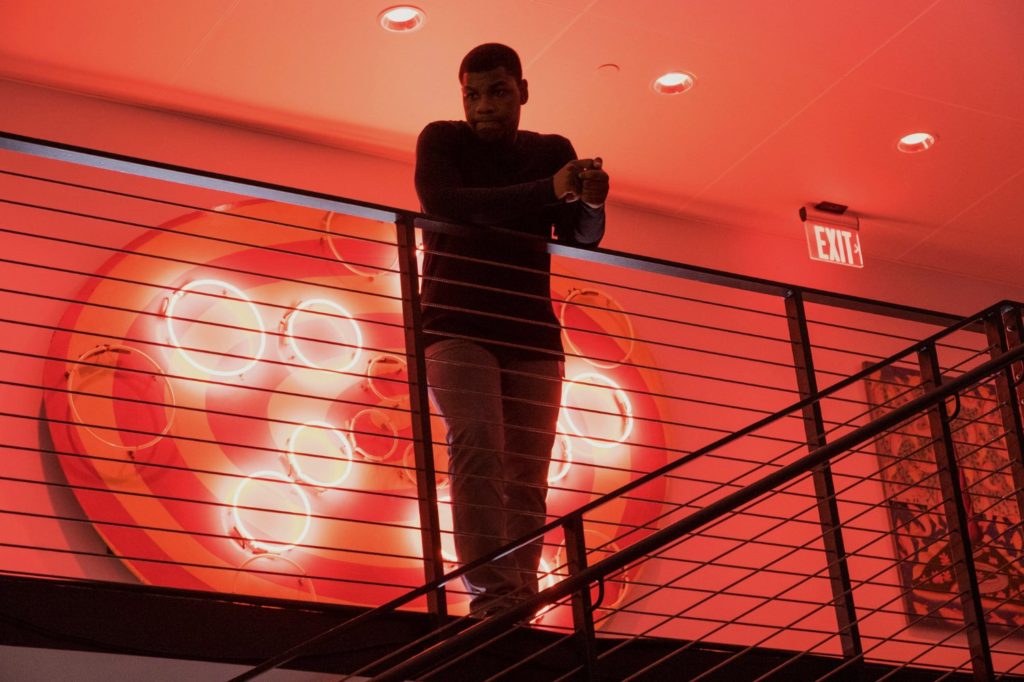 The talented John Boyega plays Kalden, a co-founder of The Circle who is uncomfortable with what it has become. There’s not much to say about Boyega’s role in the film, as it feels like most of it was left on the cutting room floor. He’s fine, but his character doesn’t wind up being as important as it could have been. I’m not sure why they didn’t let Boyega keep his natural accent. This is a worldwide company, right? I‘m not sure why Emma Watson couldn’t have kept her accent either. Karen Gillan does!

Although her American accent is at times a little wonky, Emma Watson anchors the film with an overall strong performance as Mae Holland, the perfect depiction of a millennial ready to connect with the world around her by any means necessary. Privacy is selfish.

Most digital thrillers spend far too much screen time watching characters frantically typing on keyboards, but The Circle wisely sidesteps this by taking a page from Tony Scott’s Domino, showing text messages and social media interactions appearing directly on the movie screen. This running commentary of compliments and criticisms on the characters in the film adds a lot to the narrative, coming across like a director’s commentary track or a second-screen experience. It’s a clever device, well executed.

Danny Elfman’s subtle score adds to the classy tone of The Circle, one of the few films to deal with state-of-the-art technology that doesn’t feel like it’s trying too hard to be hip. The Circle is not a science fiction warning of a computer-controlled dystopian future; it’s a pretty accurate account of where society finds itself in 2017. The film posits that the world’s youth will embrace transparency and connectivity at the expense of autonomy and I tend to agree with this theory.

The Circle wants to be a sobering journey through our collective willingness to give up privacy, but the film spends too much time on Mae’s personal life (she likes to kayak?) and not enough time on the inner workings and motivations of the corporation. At its conclusion, the overall message of the movie becomes confusing, leaving viewers questioning character motivations and wondering what just happened. Based on the book of the same name by Dave Eggers, The Circle features a lot of intriguing concepts but doesn’t communicate them very well, making James Ponsoldt’s adaptation a languid thriller that hardly thrills.