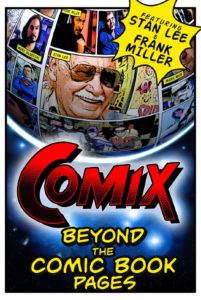 Big notes and bombast make up the musical score, itself an obvious match for the visuals that accompany it:  Comic book panels!  Mostly super-heroes, of all shapes, sizes, and company ownerships.

The music is triumphantly recognizable just enough to be clearly “super”, if also glaringly “stock”.  The drawn, unrelated specific panels of Batman, Spider-Man and Angela from Spawn, among many others, give way to one of a glaringly normal looking middle aged guy, which fills the screen as it shifts to real life and unfreezes.

Why, it’s comic book writer Mark Waid!  Or, it’s renowned artist Marc Silvestri!  Or, it might even be comics legends Frank Miller, Neal Adams, or Stan Lee!  (While Stan definitely can’t be classified as “middle aged” any more, his inclusion in this film is more than his usual cameo appearance!)

If it sounds like a standard-issue documentary about comic books, you’d be spot on.  Several other comics docs have employed similar tropes in their form.  There might not be enough instances to call what’s happening here “cliche”, but one could safely call it familiar with a side dose of hokey.  Not that that’s at all a completely bad thing.  Don’t come into the good-natured COMIX: Beyond the Comic Book Pages expecting it to shake up the documentary form or expose some sort of seedy underbelly or torrid past associated with comics.  (Although one certainly could).  But you know what?  It doesn’t need to do those things. 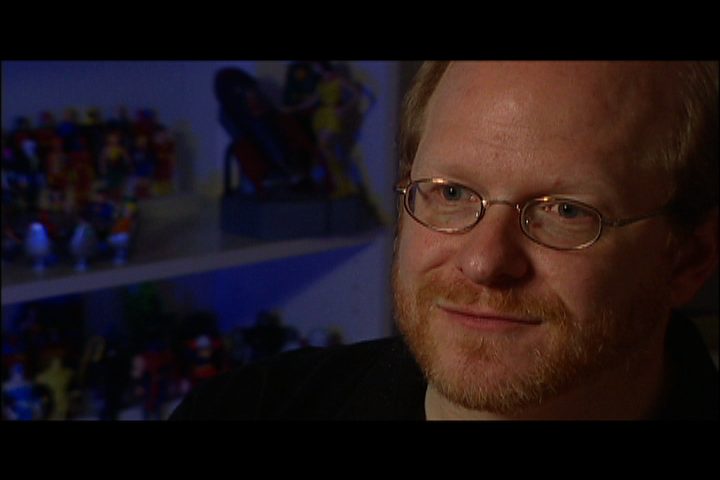 From the case artwork onward, two things are very apparent:  Filmmaker Michael Valentine has made a love letter to comic books and the culture they engender, and he managed to get the necessary top tier interview subjects to back up his efforts on camera.  Although Valentine, unlike so many other documentary makers these days, managed to keep himself out of his movie, COMIX nonetheless feels quite personal insomuch as it’s by a fan, for other fans.  By that measure, it’s successful.  (Yes, this reviewer hails from a life of comic book fandom.)

Free of swearing and violent imagery, “COMIX” does have the benefit of being a family friendly endeavor.

Yet, it must be said that the eighty/five minute COMIX suffers from “muchness”.  With no chronology or narrow focus to lean upon, Valentine attempts to offer up brief flavors of many different aspects of the comic book business, none of it particularly cohesive.  With a wide variety of talking heads throughout, the film covers everything from the early days of Marvel and DC Comics to the rise of Image Comics in the early 1990s to how to break into the business to cosplaying at conventions.  It bounces around like a friendly pinball, illuminating briefly what it hits upon, but never quite leaving a mark.  A less lenient review might call it a bit of a mess, but then, that reviewer likely never tried to make sense of things like early Image comics or the Spider-Man “Clone Saga”. 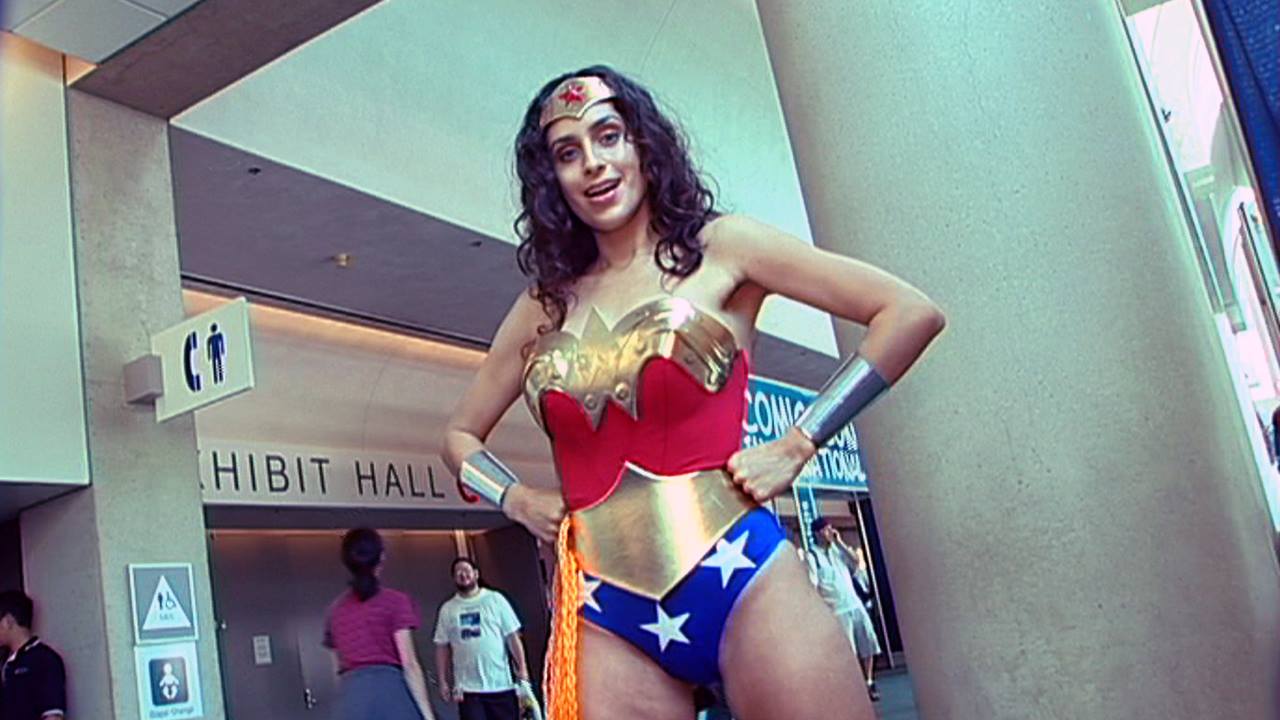 Free of swearing and violent imagery, COMIX does have the benefit of being a family friendly endeavor.  It’s only misstep is a repeated use of an interview setting that includes, without fail, a crazy gratuitous look at a the nearly exposed rear end of a life size Witchblade statue.  My ten year old son felt the need to point out his discomfort with it, as it shows up again and again, across separate interviews at the Top Cow Comics office.

Kino Lorber, the company responsible for this two-DVD set, grasps the need for all-ages celebrations of things like comics, and the fact that fans of all ages wield insatiable appetites for such programming.  Valentine’s documentary might ultimately be simply holding up an agreeable mirror to the sub-culture, one that, as superheroes become more and more mainstream, is all the less necessary, but is still nonetheless appreciated by it’s subjects: the fans. 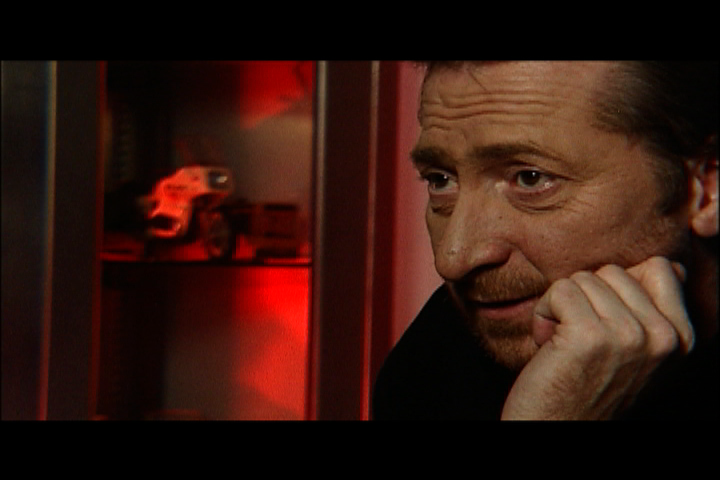 In that spirit, fans ought to be happy to know that there’s a second disc containing the filmmaker’s (mostly) unedited interviews with iconic comics creators Stan Lee and Frank Miller.  Stan’s interview footage runs nearly one hour, and is never dull.  One is tempted to proclaim that the old raconteur’s still got it, except that it eventually becomes apparent that this interview was taped circa early 2006.   Likewise, the Miller interview is likely as old, as much of it revolves around the making of the first Sin City movie, itself over a decade old now, and marred by a poorly received sequel.

Aesthetically, COMIX dodges the shoddy-production bullets that riddle so many other fan-made projects.  The DVD looks and sounds good, despite the fact that much of it was shot on convention floors, crowded, busy settings that are notoriously awful in terms of yielding decent lighting and audio.  Fandom is well represented here.  Whether or not COMIX: Beyond the Comic Book Pages warrants a spot on your shelf depends on your own level of comics geekiness.