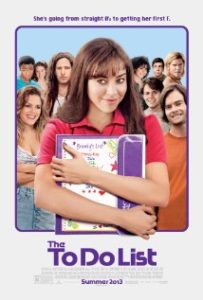 Warning: This review is of a film depicting graphic sexual matters.  As such, some of the discussion of this film may contain descriptions of this subject matter that might be deemed as graphic and offensive.  Please be advised of this before you continue to read this review.

Aubrey Plaza (Parks and Recreation, Safety Not Guaranteed) stars as Brandy Klark in this sexual experimentation movie from the female point of view.  Brandy is the squeaky clean Valedictorian who is universally shunned by her peers, and even her progressive sister, Amber (Rachel Bilson-Jumper, The Last Kiss).  While Amber is sexually experienced, and engaged to be married, Brandy is the chaste virgin who is also a late bloomer.

When Brandy takes a new job as a lifeguard and begins preparing for her upcoming freshman year at college, she feels that she must be more sexually experienced before arriving on campus.  She is told, that unless she knows what she is doing, college will chew her up and spit her out.  Having already felt like the outcast of her high school, Brandy decides that she will avoid this cycle of social shunning in college.  Brandy has already made an extensive “to-do” list of what she needs to do to get ready for college, in terms of supplies, etc. Hoping to avoid a disastrous freshman year, she decides to make a new “to-do” list exclusively for the purpose of aiding her in experiencing every possible sexual act she can, before leaving for school.

As Brandy begins this quest, she is aided by her two friends, Wendy (Sarah Steele-Spanglish) and Fiona (Alia Shawkat-Arrested Development), who are somewhat sexually experienced themselves, and who are cheering her on.  There is also her friend Cameron (Johnny Simmons-Perks of Being a Wallflower), who was her high school science-lab partner, but who also really likes Brandy, and would like to date her.  She of course overlooks him to pursue her list, with the final goal of having intercourse with the ultimate guy, a college-aged boy the high school girls all crush on, named Rusty Waters (Scott Porter-Dear John, Friday Night Lights). 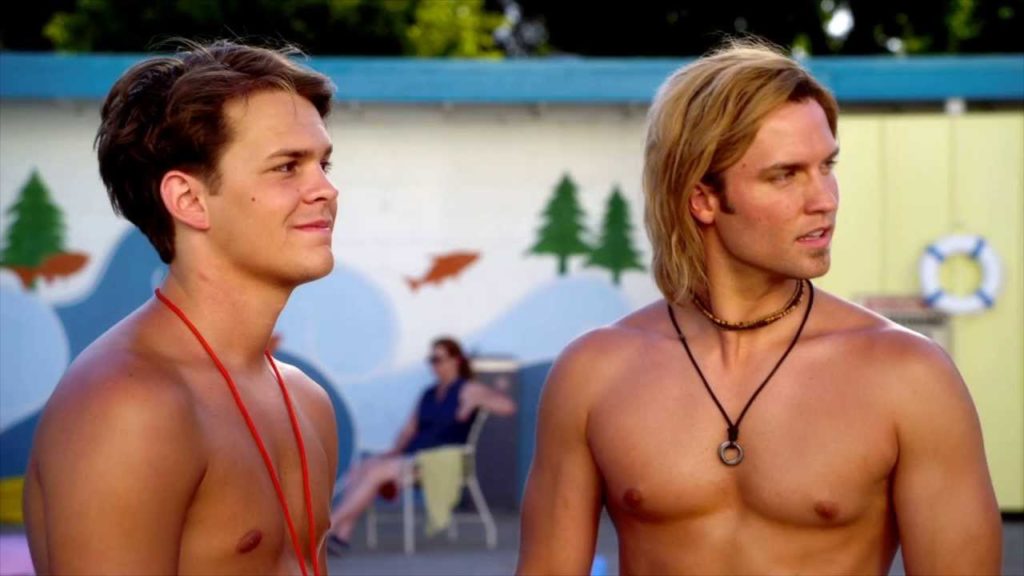 The film is set in 1993, and actually has some really great moments of nostalgia from that year involving some of the fashion items (remember hypercolor?), technology, and music.  Despite being a great year for music (considering you have everything from grunge, metal, gangsta rap, hip-hop, and more to choose from that year), the soundtrack is built on some of the cheesier classics of that time period.  Songs such as Naughty by Nature’s “O.P.P.”, Salt N’ Pepa’s “Let’s Talk about Sex”, and the like, populate the film’s audio track.  Given the film’s subject matter, you can understand why.  Pearl Jam’s Eddie Vedder gets some screen time, as a pin-up poster in Brandy’s room, that represents these teenage vixen-wannabe’s high school crush, but most of the music in the film comes from the hip-hop side of the aisle.

Aubrey Plaza again plays the awkward, apathetic/melancholy teenager that she has perfected in both Parks and Recreation and Safety Not Guaranteed.  So her turn as a female sex-pot, in The To-Do List,  is a slightly different take on her usual fare, though her usual schtick is definetly present with her valedictorian persona. 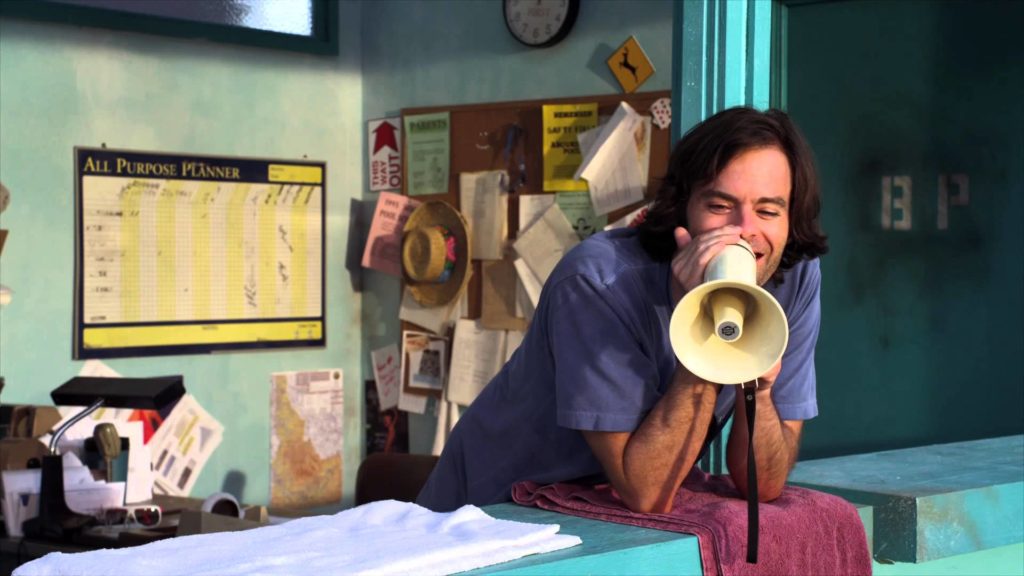 This clash in personalities, from Valedictorian to vixen, is most engaging during scenes where she works at the local pool, run by Willy (Bill Hader-Superbad).  It is here, and only here that this film has any real heart.  It is at work where Brandy really is challenged to escape the person she was known as in high school and to glimpse the person that she might become in college and beyond.  Unfortunately, that journey is never realized as The To-Do List is too concerned with being a female version of American Pie, than being the coming of age story it pretends to be.  Instead, every character is truly in arrested development (and not in the clever, charming, and hilarious way it’s portrayed in the show of the same name).

The To-Do List ultimately fails miserably because its pursuits are empty.  Along the way, you get the feeling that as Brandy leaves an emotional wake in everyone’s lives, participating in these meaningless sexual acts, that she might learn that such acts aren’t so meaningless after all.  They matter, and you think that the film will eventually show us that. You also are set up into believing that she will eventually fall for the “nice” guy, Cameron, after seeing that the shallow, “hot” guy she has picked out as her sexual trophy, is not worth what she has given up to pursue him.  The set-ups are all there, but the delivery is not.  I know that writer/director Maggie Carey was probably wanting to avoid creating a clichéd film, as this is her first real feature film. It’s also loosely based on her own experiences. But in avoiding what she built up throughout the film, she lost any satisfying emotional conclusion she might have delivered, and instead, rendered nearly two hours of film as a useless endeavor, that I, or anyone watching this film, will not get back. 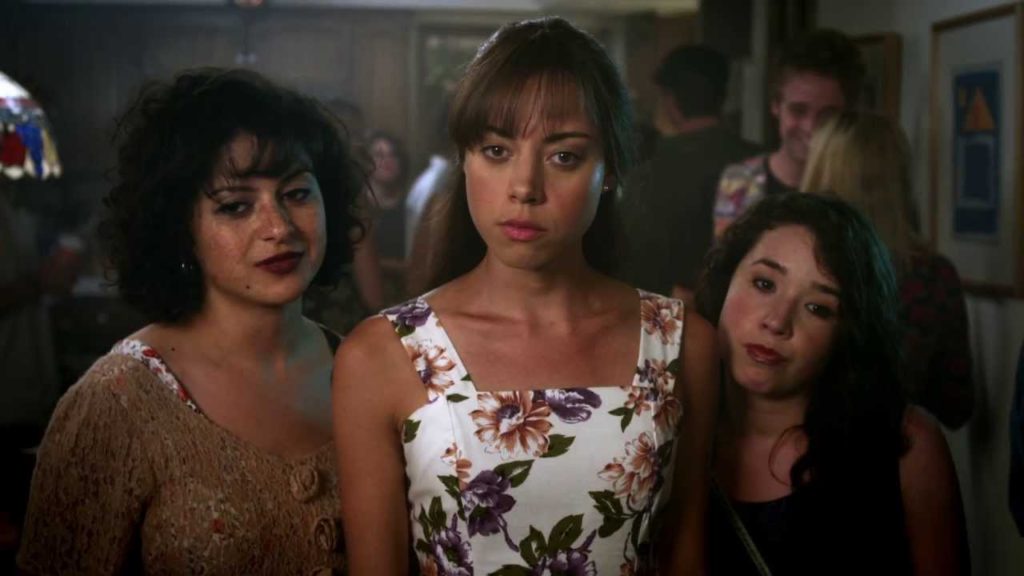 So what we are left with, in the end, is a teen movie set in 1993, but that encompasses all of the values of 2013, namely detachment.  Love, or even just liking someone, is reduced to “sure, why not?” Just mere acceptance.  Mystery, romance and emotion have no place. Relationships are things to be endured, and are only embraced if it benefits the narcissistic whims we apparently all have.  Sexual acts are no longer shared between two people who are vulnerable with one another, and who are trying to express something sacred in a mutually sacrificial setting where each partner considers the other’s needs.  Here, it is the heartless robotic act of accomplishing a self-manufactured sex list with no heed paid to the emotions and intimacy that normally are present.

That being said, many teens will flock to this with the titulating promise of seeing something they’re told they shouldn’t see, and will find nothing wrong with the way relationships are portrayed and experienced in The To-Do List.  They’ll disagree strongly with this review, and will instead laugh along to the predicaments presented in the movie. They’ll laugh at hand-jobs that are given in a movie theater, with popcorn butter serving as the lubricant.  They’ll snicker at a girl masturbating for the first time, and at her attempt at dry-humping McLovin’ (who is also in the film).  And while they laugh along at these and other crazy American Pie-esque antics, you’d think that one of these teens in the audience might realize that this film could just be a mirror reflecting what is in fact wrong with this type of sexual pursuit where only one’s desires, and not the other partner’s, is paramount.  But rather than internalizing that message and reflecting on taking greater care of how they pursue relationships and sexual fulfillment in their own lives, they will instead recognize that this film just simply reinforces what they’ve been taught: that its all about them. And in this way, The To-Do List might just serve as more of a documentary on today’s teen culture, than a comedy.

When Brandy is confronted with the idea of having any regrets for how she has pursued these empty acts of sex, and how it has hurt others, Brandy responds emphatically “no, I’m a teenager….regret is for your 30’s”.  This line sums up the entire message of the film.  Nothing matters.  It’s just some mechanical act that no one should really care about. And if that is true, then the film makers won’t mind if you apply that message to this film.  If nothing matters, then surely The To-Do List doesn’t matter  either.  If this movie was on your “to-do” list, then you might want to cross it off.  It’s not worth it.