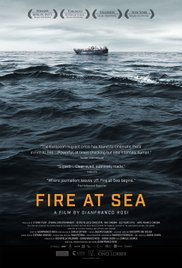 The island of Lampedusa is one of many islands that belong to the country of Italy.  But its location is closer to Tunisia, in Northern Africa than it is to the island of Sicily.  As a result, they have been on the frontline of the European refugee crisis, long before the world took notice.  As a result, they have become the model to follow for many other nations.  For the people of Lampedusa, however, there is another growing danger beyond the harrowing rescue of these people arriving on boat trying to cross the treacherous Mediterranean Sea, and that is complacency.

This Academy Award nominee for Best Foreign Language film is a fascinating look at both a serious issue, and the danger of not being touched by its importance.  Dr. Pietro Bartolo has served on the front lines of this crisis for several decades now.  He has seen the worst of the worst, namely the unfortunate deaths that have come from overpopulated boats, drownings, dehydration, starvation, and more.  Nothing has rattled him more than when he has been unable to save the children.

By the end of the film, a transformation has taken place in the viewer, as they can no longer sit still in the face of human suffering and go back to their simple, daily life. Neither can those who have knowledge of such suffering simply be silent without trying to do something to help alleviate such suffering. 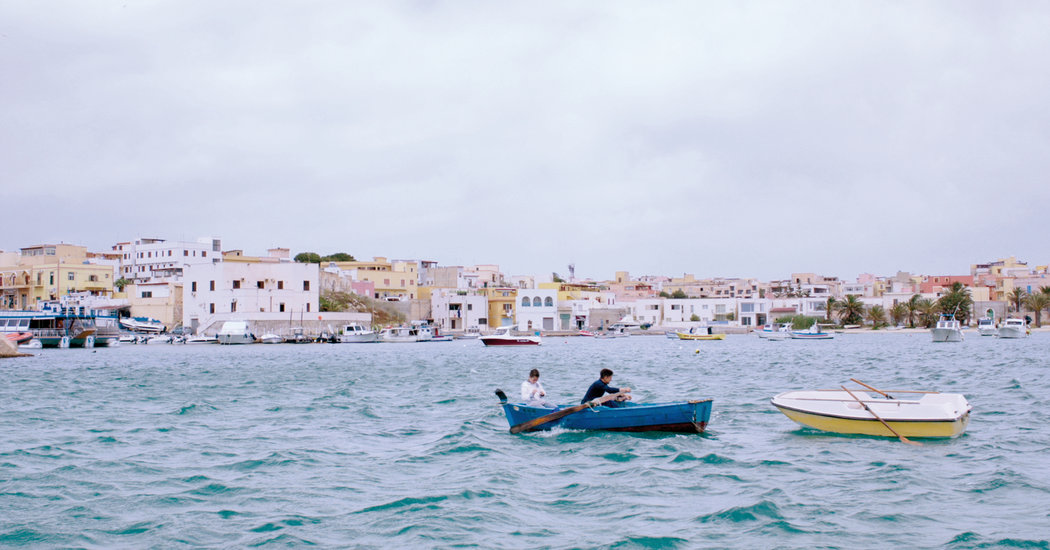 It was Dr. Pietro Bartolo who came in contact with documentary filmmaker Gianfranco Rosi, and who brought his attention to the subject.  It was also Bartolo who found 12-year old Samuel, a native the island of Lampedusa who becomes the subject of this film.

As a documentary, Fire at Sea does not follow traditional formatting.  There is no narration or voice over presenting a particular problem, or solution.  It isn’t trying to arrive at a particular destination.  What Gianfranco Rosi has done has shown the issue with just the camera as an eyewitness, with occasional monologues from various people involved in the issues and simultaneously followed 12-year old Samuel as a means of showing the contrast between the harrowing events that are taking place every day on the sea with the day-to-day life of an average 12-year old boy untouched by the very events happening all around him.  The disconnect has a jarring effect on the viewer as the scenes transition between the rescue efforts of Italy’s military with a boy shooting at animals and trees with his homemade slingshot, or talking about how he doesn’t like the sea despite growing up on a fisherman’s island. 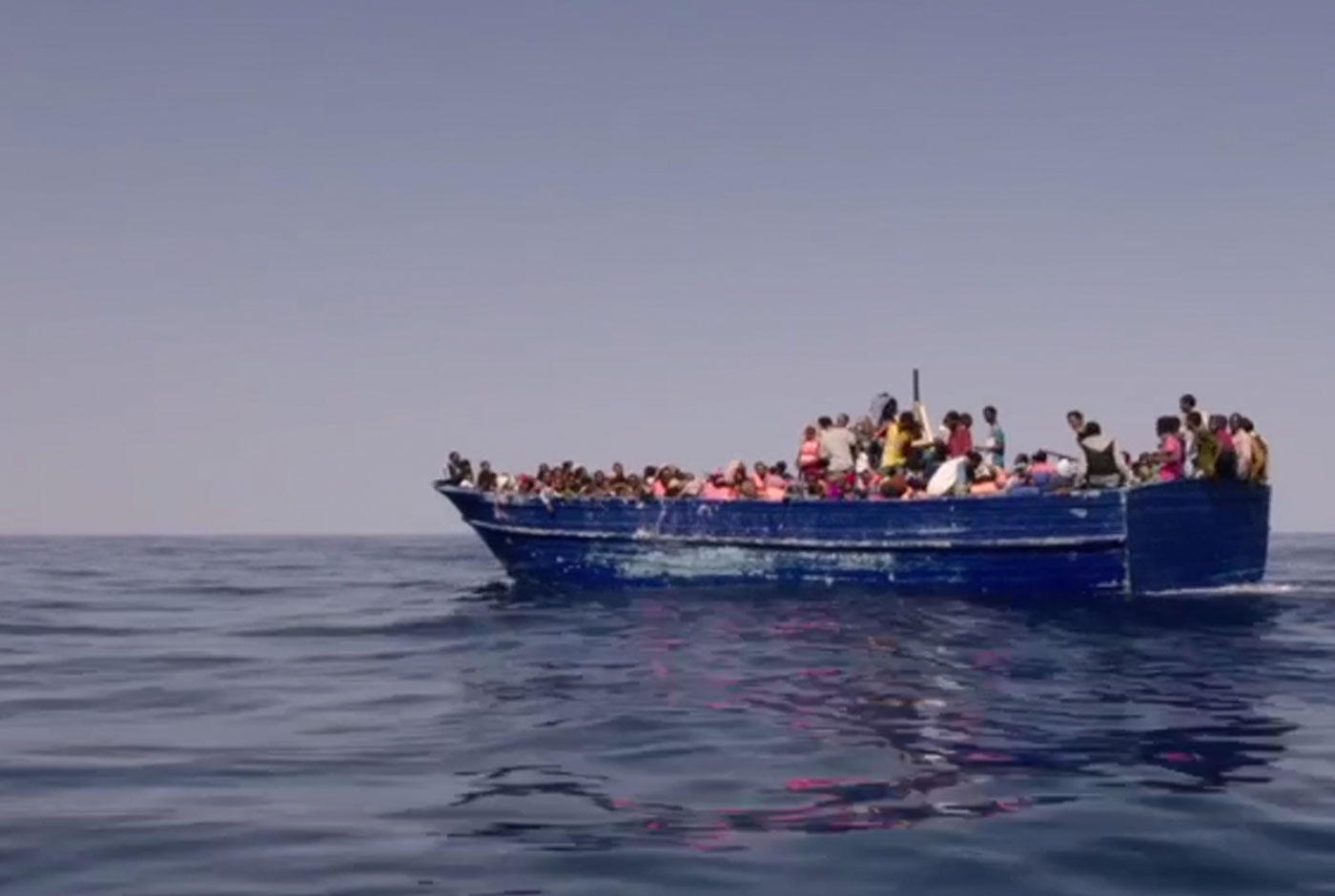 By the end of the film, a transformation has taken place in the viewer, as they can no longer sit still in the face of human suffering and go back to their simple, daily life. Neither can those who have knowledge of such suffering simply be silent without trying to do something to help alleviate such suffering.  In a very organic, non-judgmental way, Gianfranco Rosi has used the camera to simply reflect something back to us, and as a result, one will feel the need to spring into action.

The Kino Lorber Blu-Ray is full of several extras that are noteworthy.  The film is presented in Italian with English subtitles.  In addition to the movie’s trailer, there is a booklet essay with film historian Alberto Zambenedetti that is a unique perspective, as well as an interview with Gianfranco Rosi that allows one to see more inside what he was trying to do with the film.  You are also able to watch the NYFF Interview of Gianfranco Rosi for more insights into the impact of the film, and there is also some followup on Samuel and other individuals who appear in the film. 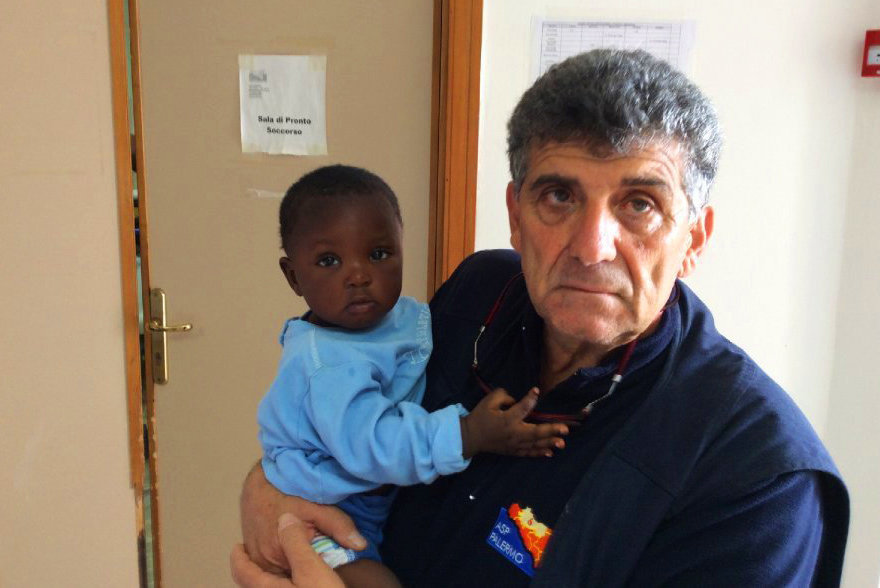 Probably the most valuable extra on the Blu-Ray is an interview with Dr. Pietro Bartolo.  Since he has been on the frontline of this issue, and was the one who impressed on Gianfranco Rosi that it should be the subject of the film, it is fascinating to get a full interview hearing his heart on the issues of this humanitarian crises, especially given his ability to address the health concerns it poses not just for those making this dangerous journey, but for those who care for them as well.  We are given more of a feel for how Europe as a whole is addressing this issue, and the frustrations Dr. Bartolo has had as he speaks across Europe to raise awareness.  Sadly, for him, even his own island of Lampedusa is growing immune to the urgency of the issue as they have grown used to it as a part of the fabric of their everyday life.  This interview was powerful in its impact, though simple and humble in its presentation. Fire at Sea is a worthy addition to your Blu-Ray collection and is a film that will spur you to want to be a part of the change that is required to meet this crises head-on. 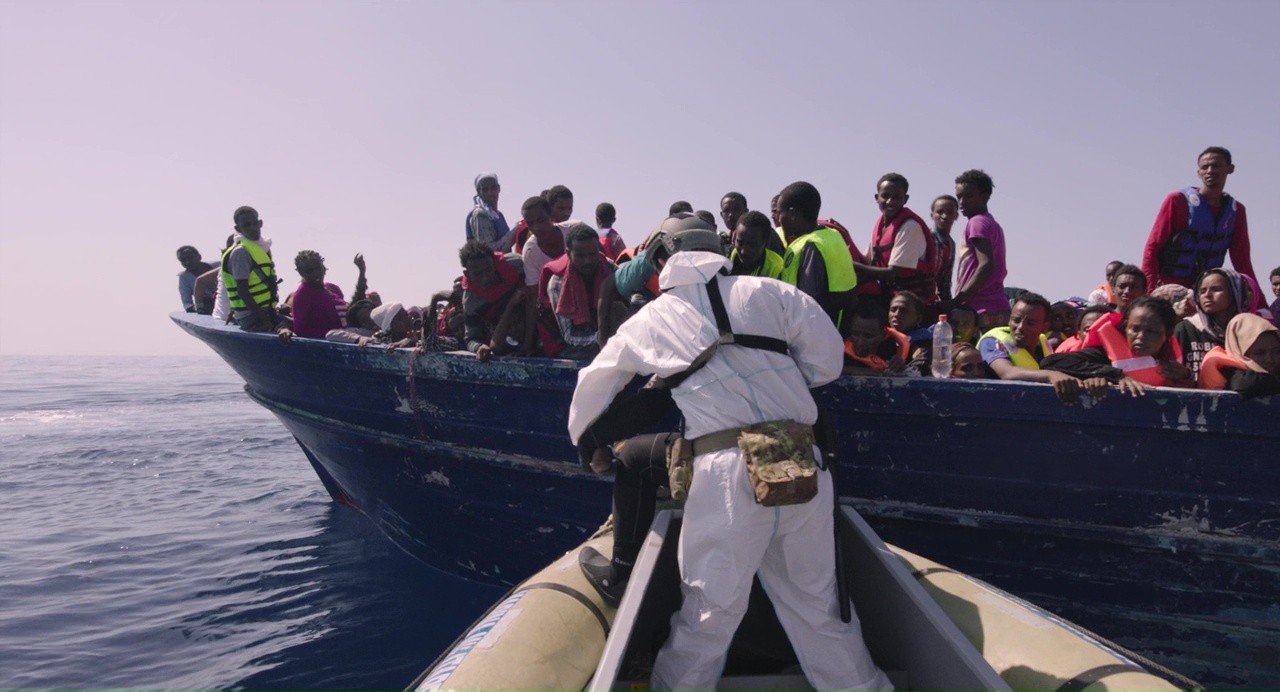