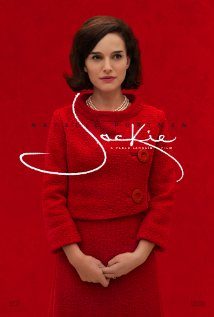 JIM TUDOR:  The car sails down the Dallas highway, a secret service agent on the trunk, desperately crouched over the backseat.  He’s human-shielding the First Lady of the United States, a terror-stricken Jacqueline Kennedy.  Her trademark pink suit is splattered with blood.  In her lap lays her dead husband, murdered minutes ago by an unseen sniper.  What is going on?  Why is this happening?  Who’s responsible?

Since the assassination of John F. Kennedy in 1963, some of those questions have been answered, some have not.  Those are mysteries specifically resigned to history and perhaps Oliver Stone.  This is not that movie.

Here we have a new and different kind of Oscar-bait: an arthouse exploration in sheep’s clothing and a pillbox hat.

Jackie, instead, sticks to the story and perspective of its title character, letting viewers into her shocked and mortal mind space.  This is in no way the stodgy traditional type of historical biopic that some may expect.  Here we have a new and different kind of Oscar-bait: an arthouse exploration in sheep’s clothing and a pillbox hat.

In stark defiance of ever being that kind of by-the-numbers effort, Chilean political auteur Pablo Larraín (2012’s No) turns a corner in his accomplished career, landing not just in America for his first English-speaking film, but in the White House itself. Natalie Portman delivers a searing career-best performance as widowed First Lady Jacqueline Kennedy as she struggles through the ensuing days of her husband’s assassination in Dallas. Through its bold, nonlinear structure, Jackie reels in the title character’s shock and her subsequent staunch championing of her husband’s legacy as well as the object value of the White House itself. In an election year as unprecedented as 2016’s was, Jackie almost speaks a different language. But it is a beautiful message as engaging cinematic story, well worth absorbing. 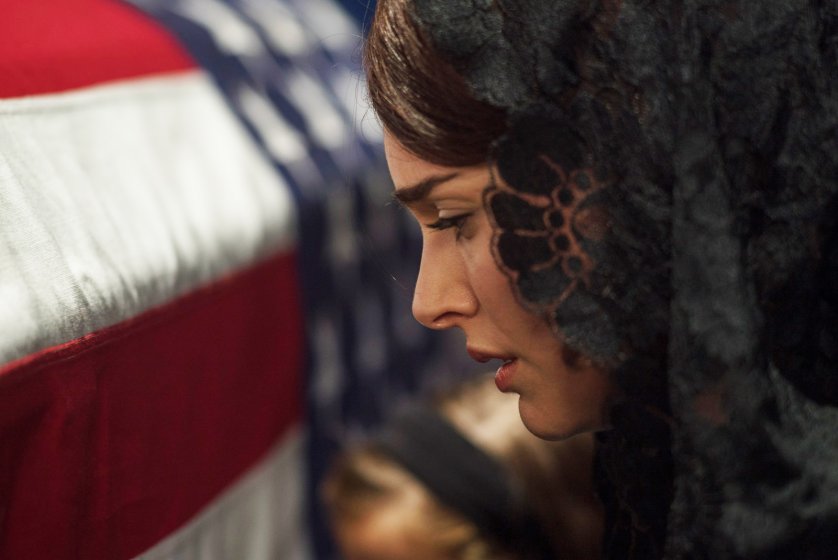 TAYLOR BLAKE: It’s also an intimate story. A movie about the most glamorous First Lady in recent history could have been salacious gossip about Kennedy scandals, their affairs, and political maneuvering. To my generation, she’s a style icon and the loveable ditz at a “Who Killed JFK?” murder mystery party. We talk about her triple strand of pearls and, yes, that pink Chanel number that she wore in Dallas.

The strength of this film is it doesn’t coast on the momentum of its inciting incident. Jackie doesn’t just concentrate on the instant that changed her life but meditates on truth, grief, and—most of all—the woman in the middle of it.

Both of those iconic fashion moments appear in Jackie, but I was surprised more by what didn’t. There’s barely a mention of JFK’s infidelities, and any Kennedys not named Jackie or Bobby are relegated to bit or background status. For the first time, Jacqueline Bouvier Kennedy became a real person for me, not a public figure. Ironic, considering her philosophy as she cements her husband’s legacy: “I believe the characters we read about on the page end up being more real than the men who stand beside us.” 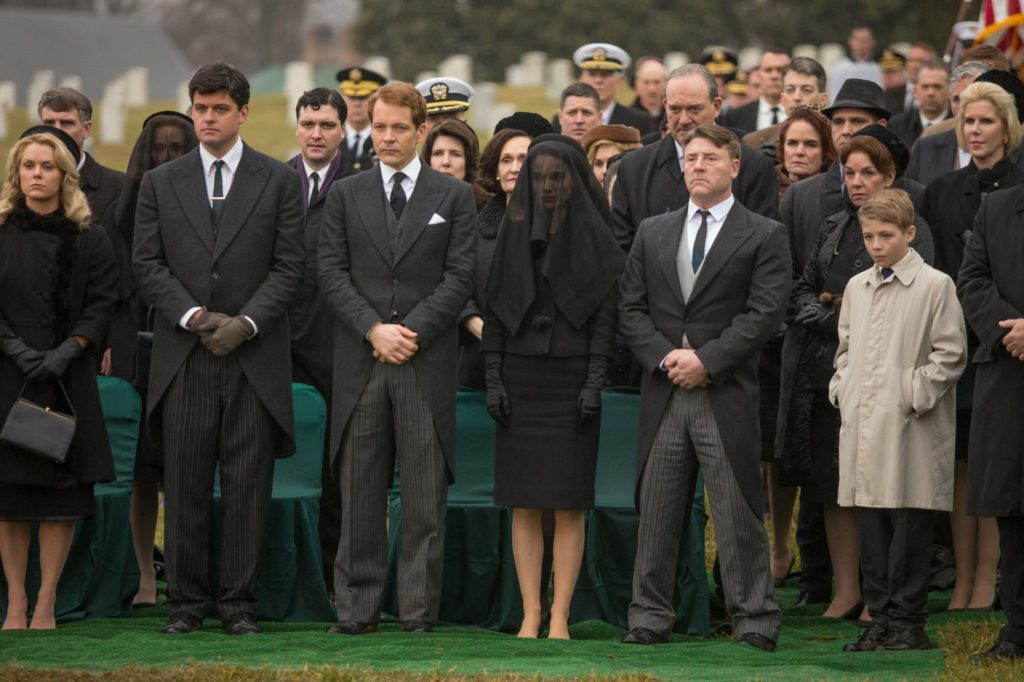 Portman makes Jackie complicated and allows for the additional complications that come with her sudden agony. She has not just lost her husband, but her entire way of life. A timer has been set for her departure from the White House, her family’s home for three years. She has the support of a government in planning a funeral for her husband, but she also has pressure of a nation to properly honor their President. Family and friends can assist with taking care of her children, but now she doesn’t know if she will have a source of income to pay for their education. And what will she do with the closet every American woman envies now that she has no events to attend that require designer gowns?

Mica Levi’s stark, discordant score can capture the weight of these emotions in a single note and reminds us Jackie is far better than it needed to be. Drama is scorched into any story starting with a secret service agent human-shielding a woman cradling the shattered skull of a world leader. The strength of this film is it doesn’t coast on the momentum of its inciting incident. Jackie doesn’t just concentrate on the instant that changed her life but meditates on truth, grief, and—most of all—the woman in the middle of it. Death and publicity have tragically met, and she is the point of intersection.