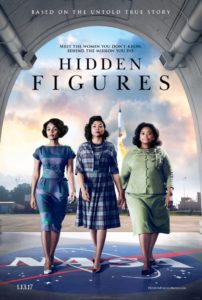 Hidden Figures is a film that’s spinning a lot of plates. There’s the three main characters, there’s the ticking clock of the space race, there’s the gradual chipping away of institutional racism, et cetra, et cetra.

It is impossible, however, to spin plates effectively on unstable ground. And, speaking in terms of this ticking-clock historical drama’s narrative bedrock, “unstable” is an unfortunately accurate describer. The movie means well, and with some fine performances and snappy moments, it is very easy to like. With all its plates so busily spinning, though, there’s nothing available on which to serve up the Great Film that Hidden Figures aspires to be. It falls far short of being the kind of socially important bridge between the past and present that it aspires to.

Taking place in America’s deep South of the early 1960s and spotlighting three female African-American friends (played by Taraji P. Henson, Octavia Spencer, and Janelle Monae), it likely will come as no surprise that racism looms large. The hook, though, is the fact that this trio of real life ladies proved themselves so indispensable in their workplace, that the systemic stacked deck against them simply had to change – and did.

Segregated restrooms and coffee pots were actually impeding patriotic forward momentum. Hidden Figures does a good job of demonstrating this. Which raises the question of the bigger hook, which is that the workplace in question was NASA, just as it was gearing up to launch John Glenn’s Friendship 7 into space, making him the first American to orbit the Earth. The feat proved to be an essential boost to the national confidence, and those stakes were known at the time.

This trio of real life ladies proved themselves so indispensable in their workplace, that the systemic stacked deck against them simply had to change – and did.

Pride in one’s country… Segregated restrooms and coffee pots… NASA actually sending astronauts into space… With so many of these aspects being so many decades passed, the film opts to key in on the underlying aspect that unfortunately hasn’t altogether vanished, which is the overriding attitude, even assumption, of collective white hierarchy. When the ladies’ pragmatic boss, played by a horn-rimmed glasses wearing Kevin Costner, dramatically tears down a “colored” sign, it gets an easy cheer. As do the many instances in which the protagonists land a well timed barb at the expense of their ignorant oppressors (one played by a pearl-wearing Kirsten Dunst, another a leery-eyed Jim Parsons). It’s a frankly easy road for the film to travel, and director Theodore Melfi does so without hesitation. 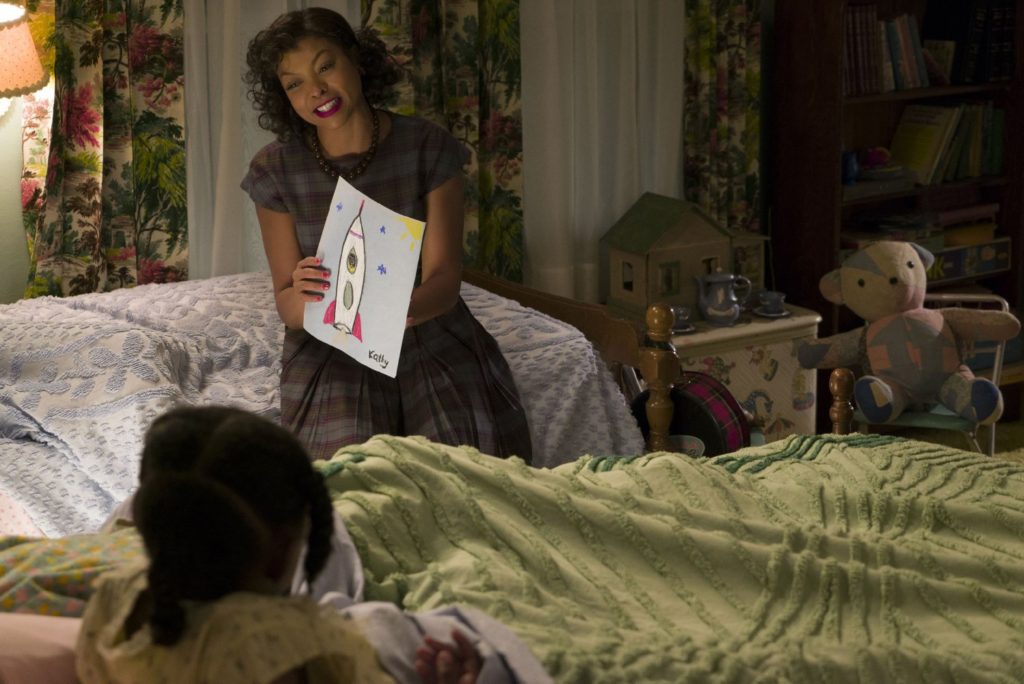 Along the way, the film’s three-woman ensemble gives way to a focus on Henson’s character, mathematician and physicist Katherine G. Johnson. Hidden Figures acknowledges Johnson as the primary racial boundary breaker within NASA, something she’s celebrated for today. Henson’s portrayal is on the flat side, something that cannot be said for her costar Octavia Spencer, whom at one point literally leads a march of black women as they stride triumphantly from their overcrowded quarters to better digs. The third part of the main triumvirate, Monae’s character, is increasingly cast aside as things progress.

In its efforts to please the crowd, the story forsakes communicating what the characters want. Their goal isn’t to repurpose the John Glenn mission for their own good, it was to get John Glenn into space, for the good of their country – even though it was as oppressive as it was. In order for Hidden Figures to truly take hold, the audience must be made to care about what the characters care about. Primarily, these characters’ hearts lie in doing their jobs to the best of their abilities, and being recognized for it. Their jobs are advancing the United States space program in order to catch up to and surpass the Russians. That means making Glenn’s flight happen without a hitch. In short, 2016/2017 audiences must be made to feel that America is a country worthy of the characters passions. Does anyone feel this today? Not to the widespread effect that it was felt back then, I’d wager. And Hidden Figures has no idea how to evoke such bygone sentiment. 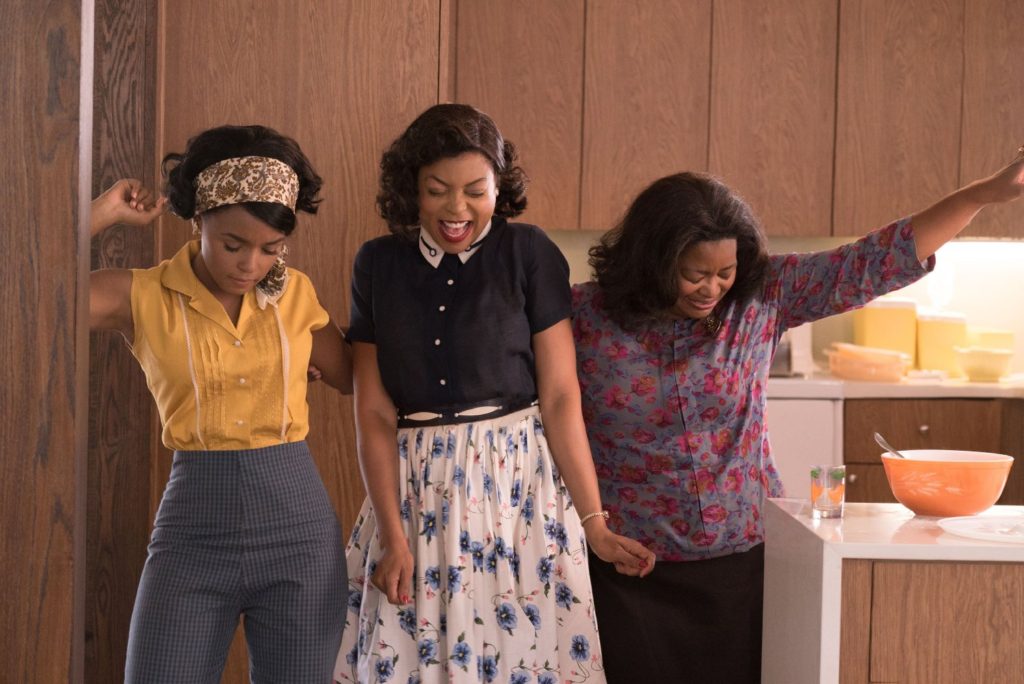 Thus, the true struggle within the film is the three women in their plight not to break out from being pigeonholed as “colored”. For them, it was a reality, but not a reality they were content with. Quite rightly, they opposed there suppression at every turn. But always in the interest of doing their job, which is serving their country. The movie gives us no reason to root for the such a country. Considering the harsh realities for minorities of 1961 Virginia, walking such a line between articulating America both good and bad would be asking a lot of any filmmaker. This one is not up to the task, but through the use of some very crowd pleasing easy moments and a whole lot of cutting back and forth, he does manage not to be transparent about it.

To see these flaws in Hidden Figures, one must take one’s eyes off of the spinning plates. For those un-inclined to do so, the movie will prove to be a well dressed and earnest few rounds of “You go, girls!”. We can all be glad that the real life women on whom this film is based were as skilled as they were and as dedicated as they were as to have it lead to the early strides in equality that resulted. Their story is an important one. Their struggle continues, which Hidden Figures understands. It’s just too bad that the whole experience evaporates into the atmosphere once the plate spinning act wraps up.