DIRECTED BY WILLIAM A. WELLMAN/1943 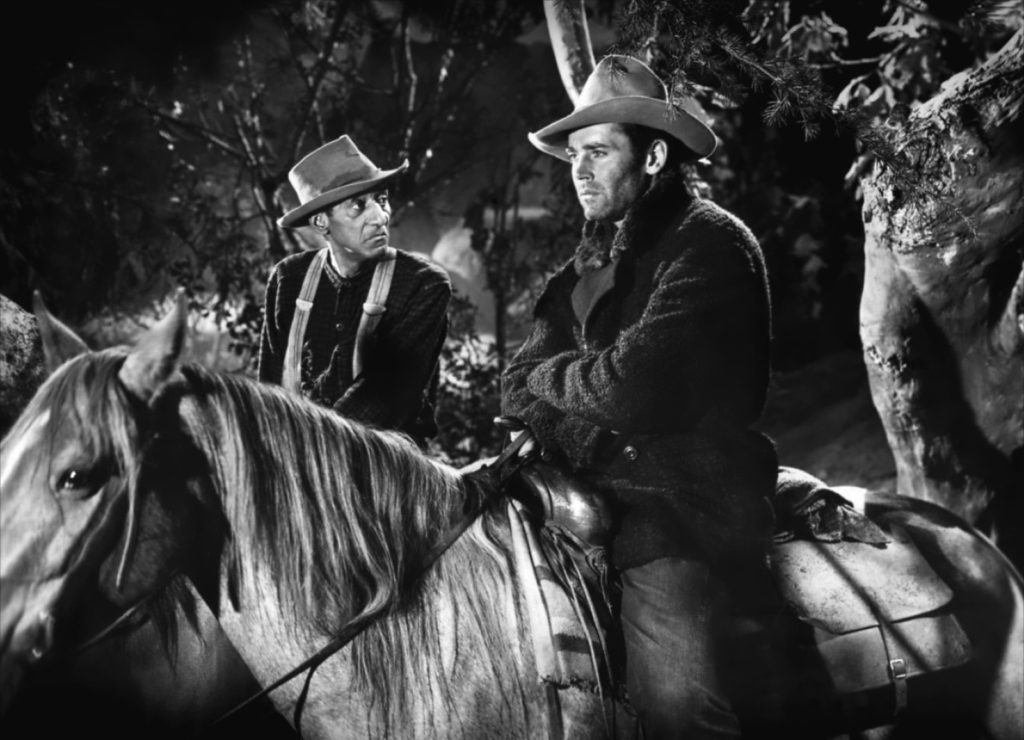 Arriving on screens approximately a year and a half into the United States’ involvement in World War II, the mid-1943 debut of 20th Century Fox’s The Ox-Bow Incident inaugurated a darker look at the American West and a deepening of thematic content dealt with in screen Westerns. Starring a lean, weathered, unshaven Henry Fonda, the dirt and grit of the actual historical Old West possibly came alive for the first time on screens, as recreated almost entirely on Fox Studio soundstages and backlots. Faithfully adapted from Walter Van Tilburg Clark’s 1940 bestseller, by then an American Western classic, director William A. Wellman and screenwriter/producer Lamar Trotti made an “adult Western” that initially found favor with critics, if not audiences, and eventually came to be recognized as a taut screen masterpiece for its frank, and frankly fearless, portrayal of vigilante justice, the psychology of the mob, and the inexorable, terrifying build-up to a lynching. 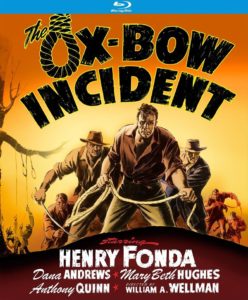 Kino Lorber’s Blu-ray release of The Ox-Bow Incident may be the closest a dedicated home viewer could come to actually stepping back in time and viewing the film during its original release. Transferred in 1993 from a duplicated negative (the original negative, according to the 2003 Restoration Demonstration accompanying the release, was lost), digitally restored in 2002, and finally crowned by this further 4K restoration, the film looks and sounds better than this viewer has yet seen. Having previously viewed the film on TV, VHS, and later DVD (which featured the 2002 restoration), of especial note in this new restoration is the light-sculpted images of cinematographer Arthur C. Miller – who had previously won an Oscar for his work on John Ford’s How Green Was My Valley in 1941, and would that same year (1943) also win for the studio’s The Song of Bernadette – which once again flicker with the intensity of lantern-flame in the shadow-soaked Ox-Bow of the title across the alternately anguished, conflicted, and cruel faces of victims, participants, and perpetrators alike. In addition, Fox studio composer Cyril Mockridge’s plaintive variations on the American folksong “Red River Valley” receive an ironic counterpoint on the film’s similarly-upgraded monaural soundtrack when violence suddenly erupts and thunderous echoes of gunfire report against the walls of the mountains where the deepening drama unfolds. 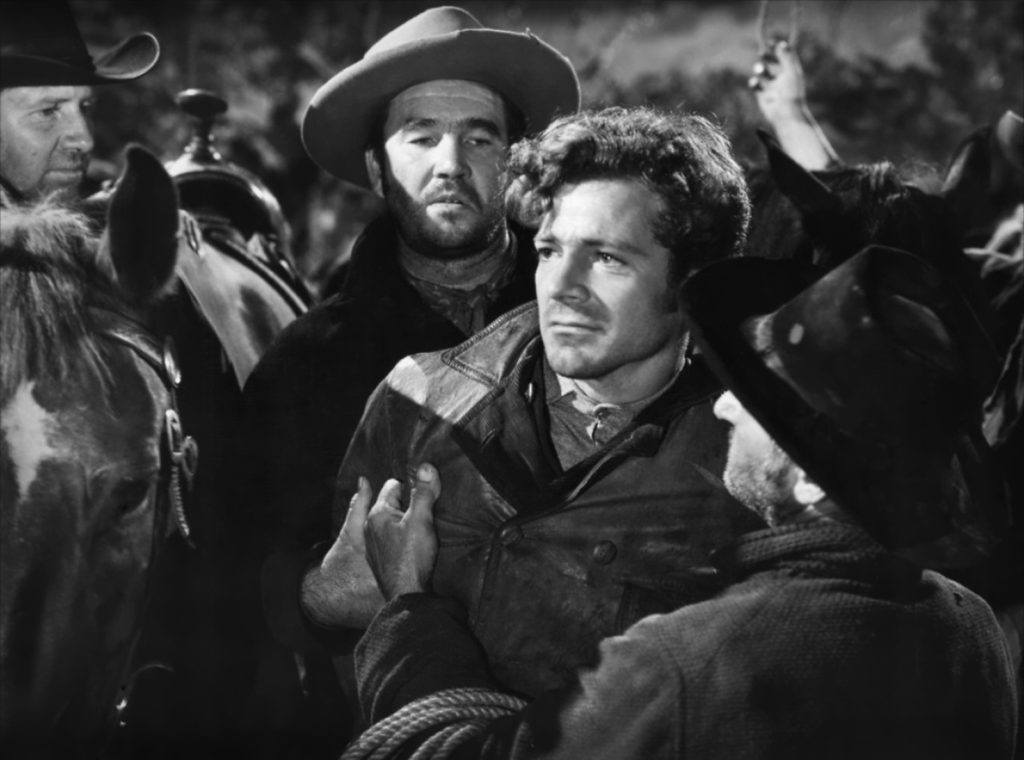 With a split-commentary between Western scholar Dick Eulain, insightfully contextualizing the film as a grim departure from the classic-era, adventure-oriented Westerns of Owen Wister and Zane Grey, and personal reminiscences of and thoughts on the film, its production, and especially its director by William A. Wellman’s son, William Wellman Jr., also included in this attractive Blu-ray package is an hour-long made-for-TV documentary entitled “Henry Fonda: Hollywood’s Quiet Hero”; which, while mainly an overview of the iconic actor’s life and career, contains the fascinating piece of biographical information that a 14-year-old Fonda had himself traumatically witnessed a lynching in his hometown of Grand Island, Nebraska. Reproducing a starkly illustrated image from a contemporary release poster on the Blu-ray cover showing an unruly Western mob armed with ropes and whips – advancing on us, its spectators, in place of the film’s unfortunate, circumstantially-convicted trio of victims – may further remind that dark currents run beneath American history and art, and that maximum screen impact derives from facing those demons, both historically and artistically. Here, a true American classic gets the presentation it deserves, and is all the more artistically effective for it.