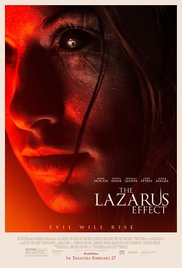 If this review is nothing special, that’s because it’s in keeping with the film it’s about. This being a resurrection horror flick, reviewers would ordinarily be bending over backwards looking for new ways to cleverly utilize back-from-the-dead wordplay, but in discussing a film as straight-up dull as this one, that kind of effort would betray the topic. Indeed, the new horror film The Lazarus Effect is a cliche-riden effort with all the markings of a script intended to be another tossed off camcorder/found footage creep-out. The thing is though, it’s not.

The action, such as it is, concerns a few medical scientists in an oddly dark research lab. The cast is a good one, led by Mark Duplass and Olivia Wilde. He’s an objective scientist, she comes from a religious background. He’s impatient with her Catholic guilt, she’s plagued by bad dreams of a terrifying childhood fire. At least at first, they’re as happy as clams together. But trouble in paradise is just one or two botched experiments away…

“The Lazarus Effect” lumbers like Frankenstein’s monster, cobbled together from the corpses of other movies.

They’ve been generally left alone to conduct their research, enabled by a university grant for something else when they happen upon a breakthrough in bringing dying patients back to life on the operating table. A young college student with a camcorder (Sarah Bolger) is documenting everything as it happens. Security cameras and even medical cams are utilized throughout. And yet this is not a camcorder/found footage movie.

For that, I suppose we should be grateful. Although as a conventional movie, The Lazarus Effect brings utterly zero fresh content to the table. Dare I say, it might’ve at least been more interesting as a camcorder movie, were it created with a semblance of believable lighting, atmosphere, and story stuff we haven’t seen numerous times before. 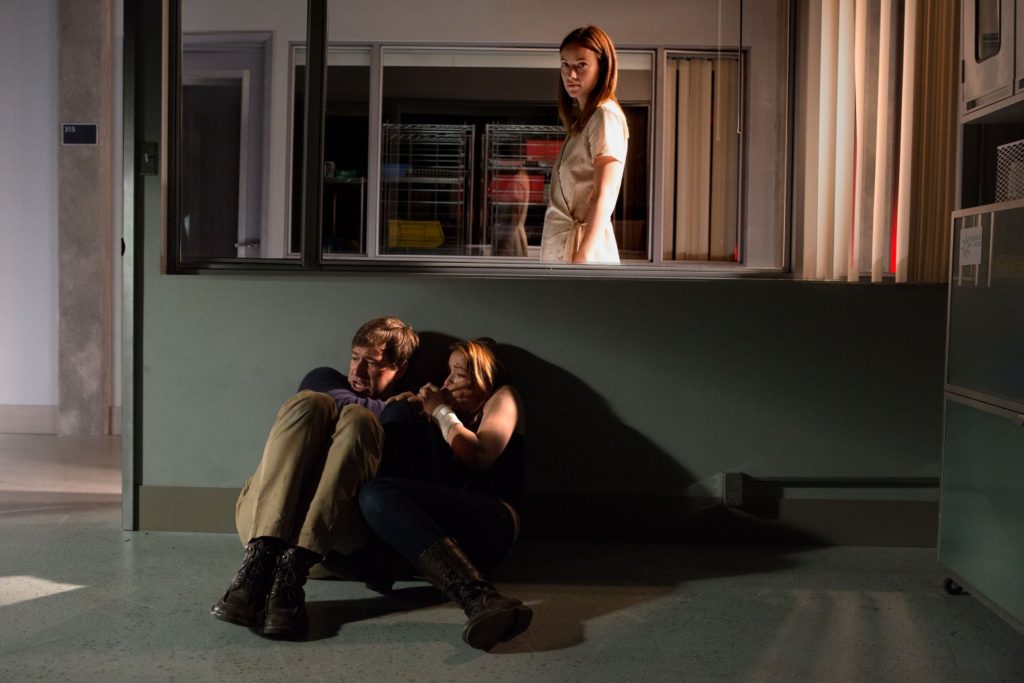 As it is, it’s floor-to-ceiling manufactured cinema vibe: Flickering lights, pools of darkness, and ominous shadowy figures standing perfectly still in the exact center of a hallway, waiting to be noticed with a loud piped-in “THUMP!” Were it a camcorder film, The Lazarus Effect would still be a fail, but at least perhaps a more interesting one.

Full of PG-13 implied grizzle and off-camera violence, The Lazarus Effect is not nearly gory enough to function in the gleefully schlocky realm of The Re-Animator, nor stylistically moralistic enough to supplant Joel Schumacher’s Flatliners. It lumbers like Frankenstein’s monster, cobbled together from the corpses of other movies.

Maybe, director David Gelb, who’s previous film is the excellent documentary Jiro Dreams of Sushi (2011), was quite anxious to make his narrative feature film debut. And maybe, the studio for whatever reason, was keen on making this. My theory is that Gelb said “I’ll make your Lazarus Effect horror film, but I’d like to try to do it like a regular movie, and not as found footage. Give me the same budget and I’ll make it happen.” And we got what we got.

The cast list is impressive and the cinematography and atmosphere is accomplished unto itself. But that said, Duplass and Wilde, as well as supporting actors Evan Peters and Donald Glover, are all honestly above this. The Lazarus Effect wants to say some profound things about life, death, guilt, morality, spiritual beliefs, science, and “tampering in God’s domain”. That’s an ambitious lot of themes for a film that ends up not saying much of anything. By the end, The Lazarus Effect lets go of all those aspirations and detours into being a glorified slasher film, with cast members getting picked off one at a time by the victim of a rebirth experiment which has of course gone horribly wrong. (Do such experiments ever go properly in films?) 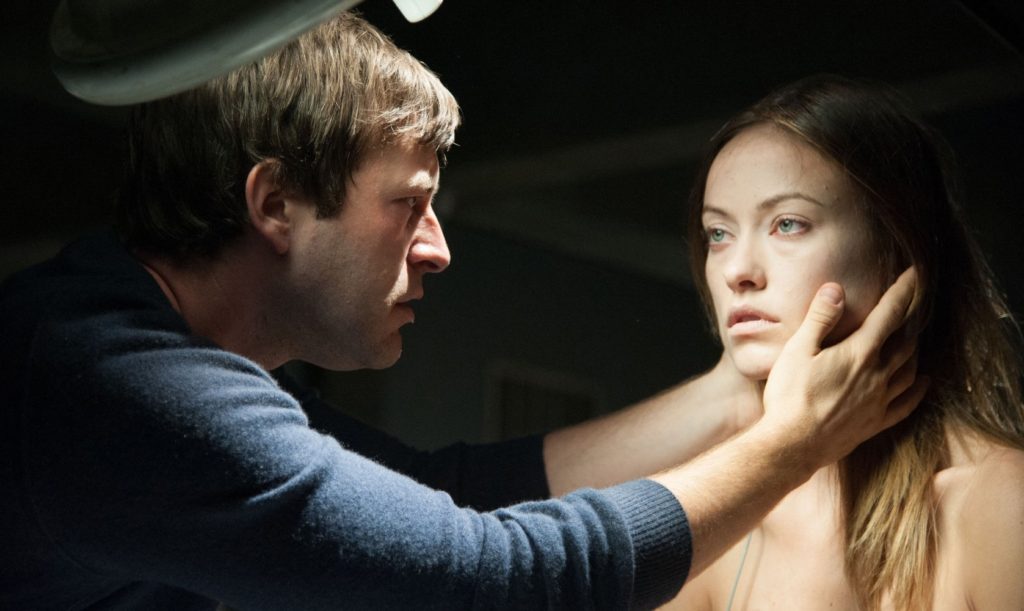 As smart as the film wants to be, we know we are in cliché territory when the first thing out of one character’s mouth is “Hey, there’s no cell phone service in this lab!” to which she’s told, “oh yeah, we don’t get any cellular service here”. Going on two decades now, eliminating the use of meddlesome cell phones in movies has been a cumbersome task to screenwriters whose job it is to concoct isolation scenarios. Here, cell phones don’t work, and later the land lines go down. Of course none of this explains why the characters don’t just leave the lab when all Hell starts breaking loose. (Literally.)

Instead they hang around as the lights begin to flicker, the ballasts are failing, fires are randomly breaking out, and it’s just downright hard to see. By the time it’s verified that the lab mates are in fact being killed, one wonders why they didn’t realize that the resurrected messed up dog they brought back earlier in the film might’ve been a precursor, and maybe they should’ve paid attention to that. It makes one wonder what the point was of experimenting on the dog in the first place.

The Lazarus Effect is only 83 minutes long. But that didn’t stop me from getting sleepy in the middle. Director Gelb is competent if not entirely confident in cultivating this atmosphere and telling his story. The fact that he’s tried to make something with a little more intelligence and depth is noble. However, the execution just doesn’t pan out. Here’s hoping Gelb’s next effort measures up to his documentary’s excellence more so than this. The Lazarus Effect isn’t it worth dissecting any further. It’s merely a film that’s dead on the table, and ought to remain that way. 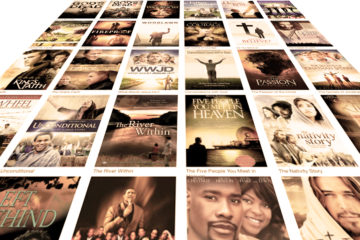