UNDER THE SKIN – Film Review

Bizarre Science Fiction Tale Lives Up To Its Name 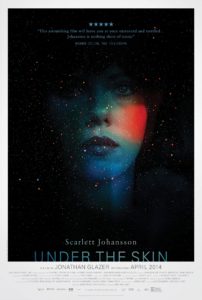 The body of a woman lies motionless in a white void.  She appears to have been in some sort of accident.  She might be dead.  Another woman stands over her, nearly identical except for subtle differences, including her hairstyle.  She is naked.  Coldly and methodically, she begins to strip the clothes off of the body and put them on herself.  A tear escapes the blankly staring eye of the motionless girl, telling us that she is still alive but completely unable to move.  As the other woman appropriates her identity, she finds an ant crawling across her body.  She holds it up on her finger and examines it with the same level of interest with which she regards the motionless woman.  The camera cuts to a close-up of the ant, its head filling the screen.  It’s bizarrely alien, incapable of understanding anything that is happening.

We are the ant.

Jonathan Glazer’s Under the Skin might be the best approximation I’ve ever seen of how theoretically alien an actual extra-terrestrial would be.  The way I see it, if intelligent life really does exist out there among the stars, the two most likely possibilities are that it would be nearly indistinguishable from us, or else so different that we would be unlikely to even recognize it as intelligent life at all.  Even if we could, everything about it could potentially be so radically different as to be utterly incomprehensible, like an ant and a human being trying to understand each other. 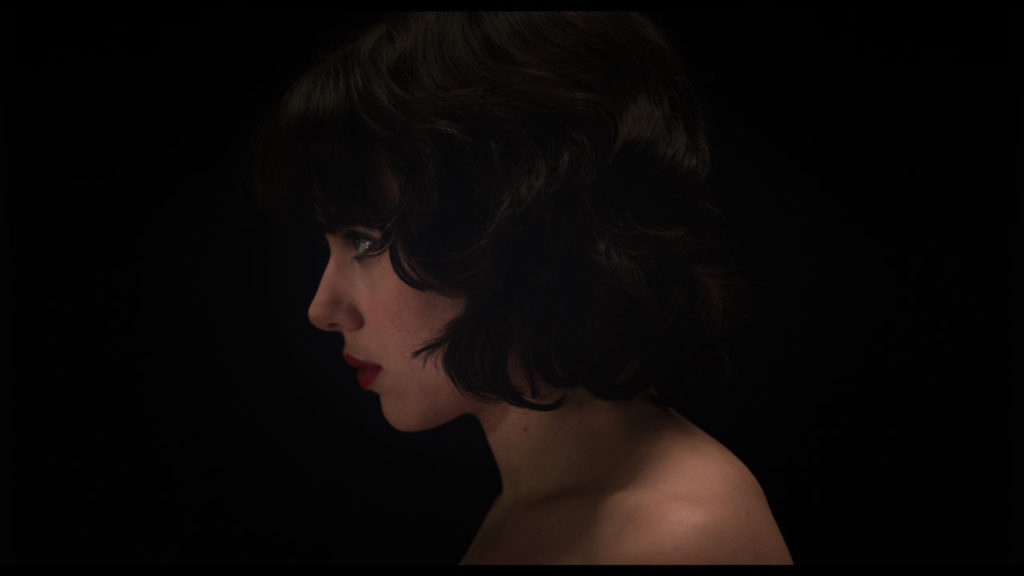 This is the headspace you have to get into in order to appreciate this film.  Nothing the aliens do is explained to us—neither the purpose of their actions (in which hapless men, enticed by the inferred possibility of sex with a woman who looks like Scarlett Johansson, are lured into some sort of strange liquid suspension and trapped therein), nor what is even happening or what any of it means.  The woman only speaks when she is entrapping her prey, and everything she says is a deception—like the false pheromones given off by a carnivorous plant in order to trap insects in its maw.  At all other times she is completely silent, staring blankly ahead; her expression inscrutable.  Johansson’s exotic presence combined with her flat affect make her all the more alien—this is probably her best performance since Spike Jonze’s Her (another film in which she played a non-human character).  Motorcycle racer Jeremy McWilliams (another non-actor) plays another alien in the film, but any communication between them is nonverbal, and we are not privy to it.

It is up to us, for the most part, to interpret what is happening, but thankfully Glazer has not made it impossible, or even prohibitively difficult, provided you are willing to meet the movie halfway.

The story, such as it is, is actually quite simple and streamlined, although it requires you to rely on visual discernment rather than verbal exposition, of which there is none.  This makes Under the Skin effectively much like a silent film.  What precious little dialogue there is in the film mostly only happens in the incidental conversations the woman has with her victims, and those are very hard to understand—most of the speaking roles in this film were filled by non-actors who were unaware they were being filmed—men with incredibly thick Scottish accents that are very difficult to make out—I think I was only able to pick up on every other word at most.  Moreover, Glazer tweaked the sound mix in post to make it even more incomprehensible.  This is because Under the Skin is meant to be interpreted visually and tonally, based on what we see and what we hear, from an utterly alien perspective.  This is helped enormously by the effectively creepy sound design and an unsettling, dream-like score by musical prodigy Mica Levi – a subtly beautiful cacophony of nearly atonal sound punctuated with a strange sections that sound like a James Bond soundtrack run through a Hearts of Space filter.

Under the Skin is at times incredibly mesmerizing, unnerving, mystifying, unsettling, engaging, fascinating, and even downright terrifying.  Parts of it reminded me of movies as diverse as The Man Who Fell to Earth, Hellraiser, and Species, but it’s really none of those movies.  What it is, is one of the best examples of cerebral science-fiction to come across the silver screen in years.