A complicated look at one of the greatest leaders of the 20th Century, just before the D-Day invasion during World War II. 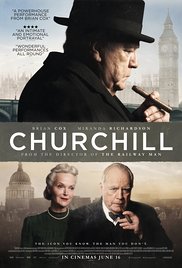 Sir Winston Churchill is a lion from history.  Stateside, we know him to be a powerful leader who boldly stood in the face of the evil of Nazism, rallying his people to never surrender.  He was the complete opposite of his predecessor, Neville Chamberlain who was seen as the great appeaser to Hitler.  No, Churchill stood tall even as bombs were raining down on London.  His place is so assured as one of the greatest leaders of the 20th century, and yet, do we really know all there is to know about this man, especially in one of the darkest hours of World War II?

Brian Cox (X2, Bourne Trilogy) portrays this enigmatic figure of history, and through the direction of Jonathan Teplitzky (The Railway Man), and the screenplay from Alex von Tunzelmann, casts a different shade of both darkness and light into our common understandings of this man who often is only seen through the quick study of World War II in the average high school history course.  Taking place over a matter of days leading up to the D-Day invasion on the beaches of Normandy, Churchill looks at who this man truly was behind the speeches, and in the wake of months of planning for an invasion that ended up turning the tide of the war, but was largely seen as a “hail Mary” pass before Hitler’s Nazi regime ran roughshod over the rest of the world.

The film Churchill, is a fascinating look at a very small part of one fascinating leader’s life, but it gives us a glimpse of the layers and complexities that often elude us as we examine this towering figure through the lens of history. 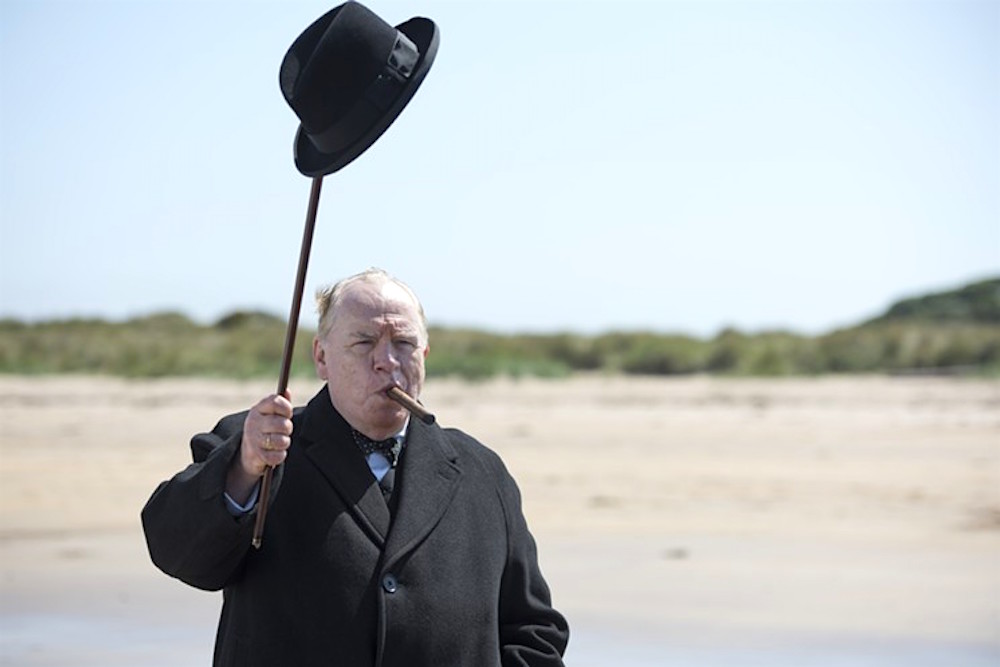 Brian Cox is able to channel the cigar-chewing, fist pounding, blustery and turbulent personality that charges into any situation like a bull in a china shop, bullying others into getting exactly what he wants.  He has the look, the mannerisms, and attitude down to a “T”.  What is welcomed, is how he is also able to show a silent, and haunted elder statesman who feels the weight of the world bearing down on him as he weighs whether to support the Normandy invasion, considering the sheer number of casualties that are being projected for an operation of this kind.  We feel the angst as he is accused by Dwight D. Eisenhower (John Slattery-Mad Men, Spotlight, Iron Man 2), a general Churchill deeply respects, accusing him of wanting to fight this war the way war was fought 30 years prior, during the Great War, World War I.  As a former military man, Churchill longs to be with the men, and even convinces King George VI (James Purefoy) to board a destroyer ship to lead the charge, as it were. Eventually, the King will back out, seeing the importance of trusting the allied commanders’ and their plan as more important than their desires, which is taken as another insult to Churchill.

While Churchill grapples with his place in history, the weight of the decision to support Operation Overlord the toll that 5 years of war have taken on him, the rest of his relationships, both personal and professional, are suffering, threatening to resign this man to a much different place in history.  The film strongly conveys why Churchill, if this screenplay is to be believed, feared this Normandy invasion so much.  On the surface it would make sense for any leader to have reservations when sending so many soldiers to the front lines, but this screenplay also seeks to cast it against Churchill’s decision during the Gallipoli Invasion during World War I, which failed miserably, and was largely seen as one of Churchill’s biggest blunders.  The idea of sending so many men to invade a very entrenched army, such as the Nazis in France, seemed like history was repeating itself, and this weighed him down from being the larger than life, charismatic figure all of the United Kingdom was looking to, to a possible fading shadow of his public persona. 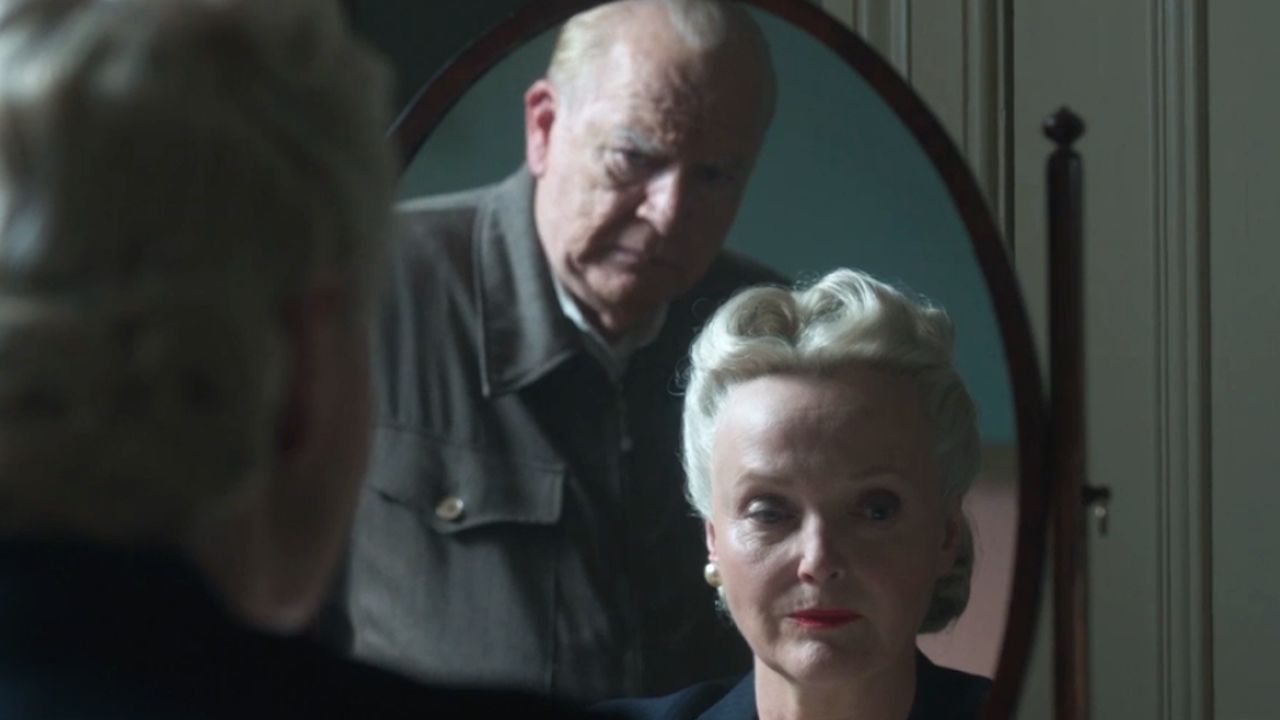 Behind every successful man, there is of course the true heroes that often do not share in the glory.  For this story, there are 2 women who we see that push Churchill back from the precipice of malaise and melancholy, where he is lost in a haze from the decisions he must make to reluctantly support an invasion publicly, while fighting it tactically, politically, and personally behind the scenes.  The first woman is of course his wife, Clementine Churchill (Miranda Richardson-Harry Potter Series). While fellow politicians, save the King, nor military men can reign in this “Lion of England”, Clementine certainly can.  She is only woman capable of literally slapping any sense into her husband’s thick skull.  She also has a poignant moment where she lets him know that being the spouse of the prime minister is much harder than sometimes being the actual leader, as she is expected to stand there and support her husband, no matter what.  When your husband has been physically present, but emotionally absent for the previous 4 years, that is no easy task.  She alone is able to speak the truth he often doesn’t want to hear as he sulks in self-pity.

The second woman is his new secretary Helen (Ella Purnell-Miss Peregrine’s Home for Peculiar Children) who despite taking the brunt of much of Churchill’s frustration at work, still finds a way to make the war personal to Winston who is bogged down with the big picture, that he doesn’t realize his duty isn’t just to the men being sent into battle, but to the entire nation that needs to be strengthened. 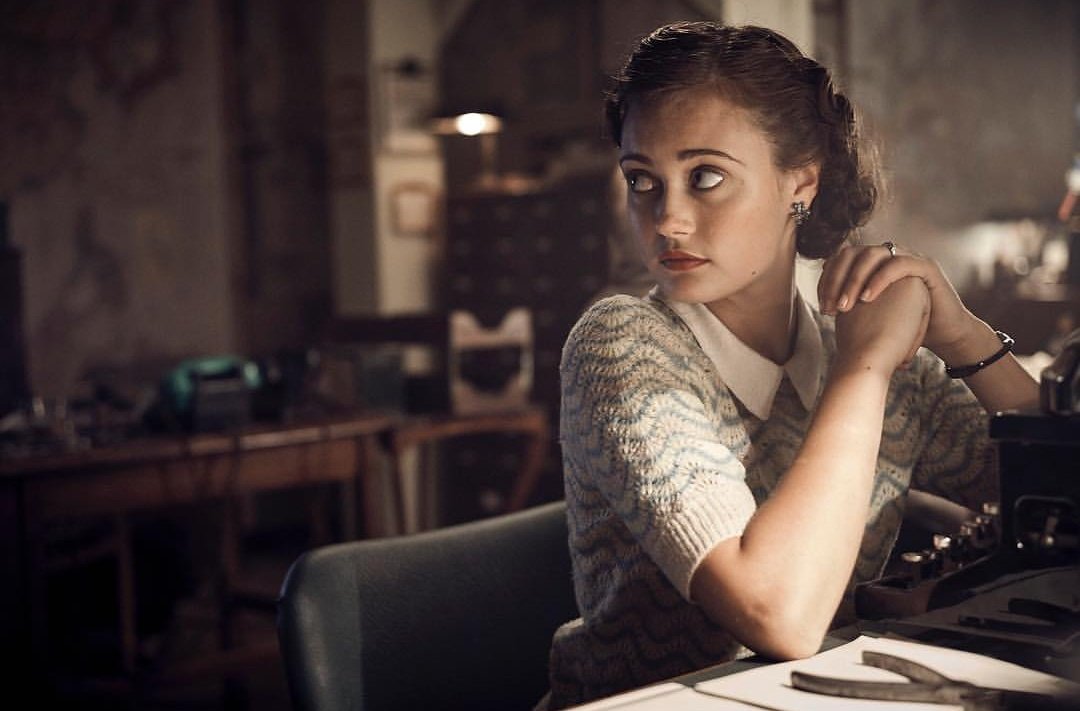 History shows what Churchill chose, whether to succumb to his fear, or rise to the challenge to inspire and lead his nation.  The film Churchill, is a fascinating look at a very small part of one fascinating leader’s life, but it gives us a glimpse of the layers and complexities that often elude us as we examine this towering figure through the lens of history.  The main problem with the film, however, may be the fact that much of the narrative will feel rather false when compared with the actual historic record.  While I’m sure Churchill wrestled with the decisions he made, I’m not sure his doubts were this strong, just days out from launching this “hail Mary” assault on Normandy, or the manner in which his secretary’s story swayed him from his staunch anti-Normandy position. There are many other things to nitpick as far as the historical record go, but Cox’s performance and the film’s small focus of just one aspect of this man’s life, in a very specific time period, will allow us to forgive some of the more egregious aspects of the story’s historical authenticity.  When your main character is cut from a clothe that is larger than life, then you should expect that aspects of how we tell his tale to be larger than his actual life as well.

Churchill will have a limited release in most major markets. 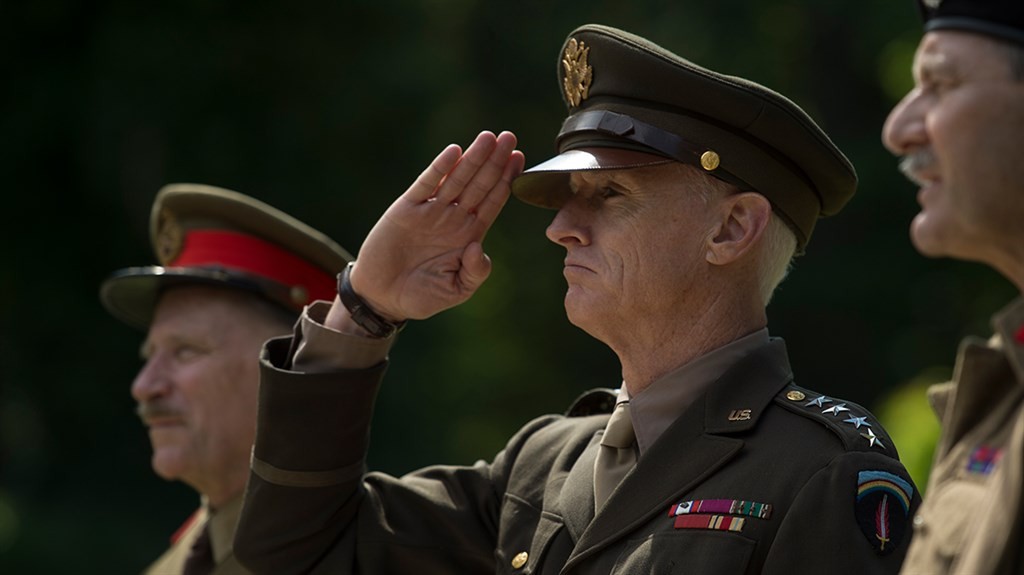