A Screwball Comedy for the Postmodern Set 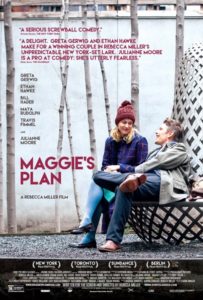 I was watching an old screwball comedy last week, My Favorite Wife.  It’s a high concept little number in which a man’s wife is assumed lost at sea and finally declared dead seven years later, but returns (alive and well!) just after the man marries again.  Irene Dunne and Cary Grant make the material work (with Randolph Scott in a wonderful supporting role), but what struck me this last time I watched it was how morally ambiguous the story is  Wife number one has zero empathy for wife number two, and the schemes involved in winning her husband back involve a lot of duplicity.

It reminded me a little of Maggie’s Plan, in reverse.  In Maggie’s Plan, wife number two schemes to give her husband back to wife number one (except that technically there’s been no second marriage, just living and parenting together).  The same duplicity is at work, even if Greta Gerwig seems sweeter and less cunning than Irene Dunne.   But Maggie’s Plan is best received in that same screwball, amoral spirit.

Maggie now has a much clearer vision of John’s selfishness and vanity.  He’s inattentive to Maggie, uninvolved in his children’s lives, and it’s starting to look like he’ll never finish that novel. 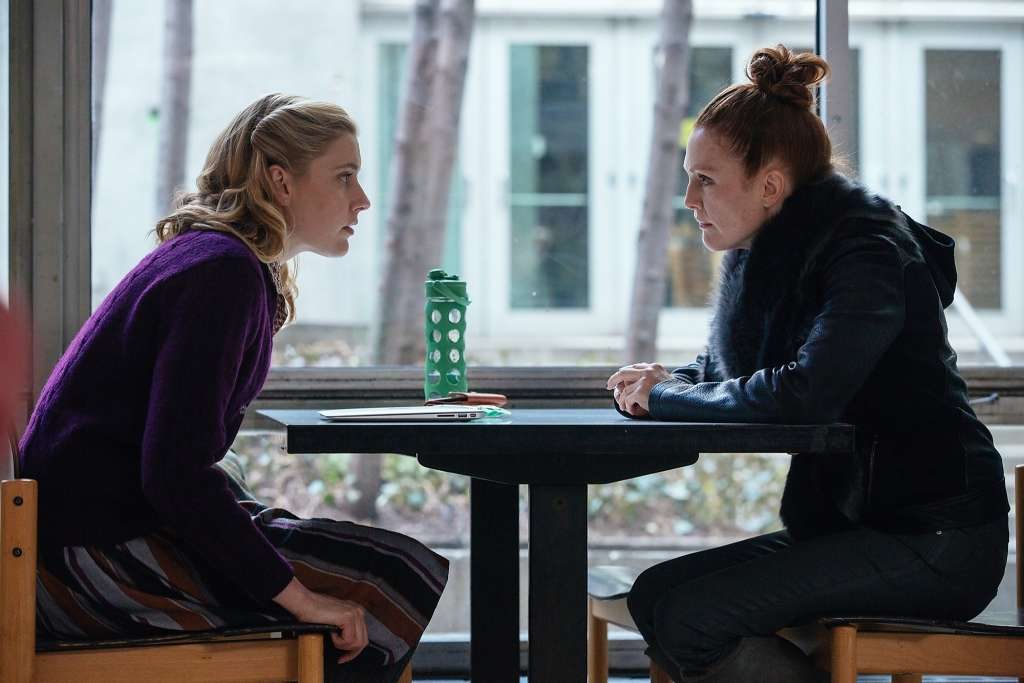 Maggie Harden works at a New York university, the business director for the school of arts and design.  She’s decided to have a baby on her own and enlists the help of a sperm donor, an old friend who has gone from being a math scholar to a pickle entrepreneur (Travis Fimmel).  Meanwhile, a payroll mistake leads to a meet cute with John Harding, a professor of ficto-critical anthropology (whatever that is).  John is married to a Georgette (Julianne Moore), a tenured professor at Columbia and the mother of his two children.  Georgette is the sort of haughty, difficult, vaguely European woman who often plays the other woman in screwball comedies.  But it’s really Maggie who is the other woman in this scenario.  Her vintage dresses and sweetly open personality charm John, an aspiring novelist who finds more and more reasons to spend time with her and complain about his wife.  Before you know it three years have elapsed and John and Maggie are living together and raising their toddler daughter.  This isn’t a happily ever after, though.  Maggie now has a much clearer vision of John’s selfishness and vanity.  He’s inattentive to Maggie, uninvolved in his children’s lives, and it’s starting to look like he’ll never finish that novel.

Ratcheting up the screwball level to 11, Maggie decides John was better off with Georgette, and plots to bring the couple back together.  Georgette, initially appalled, is soon on board with the plan.  It will not go off without a hitch, of course, but by the end of Maggie’s Plan everyone has reconciled into a very witty, very urbane, very New York blended family. 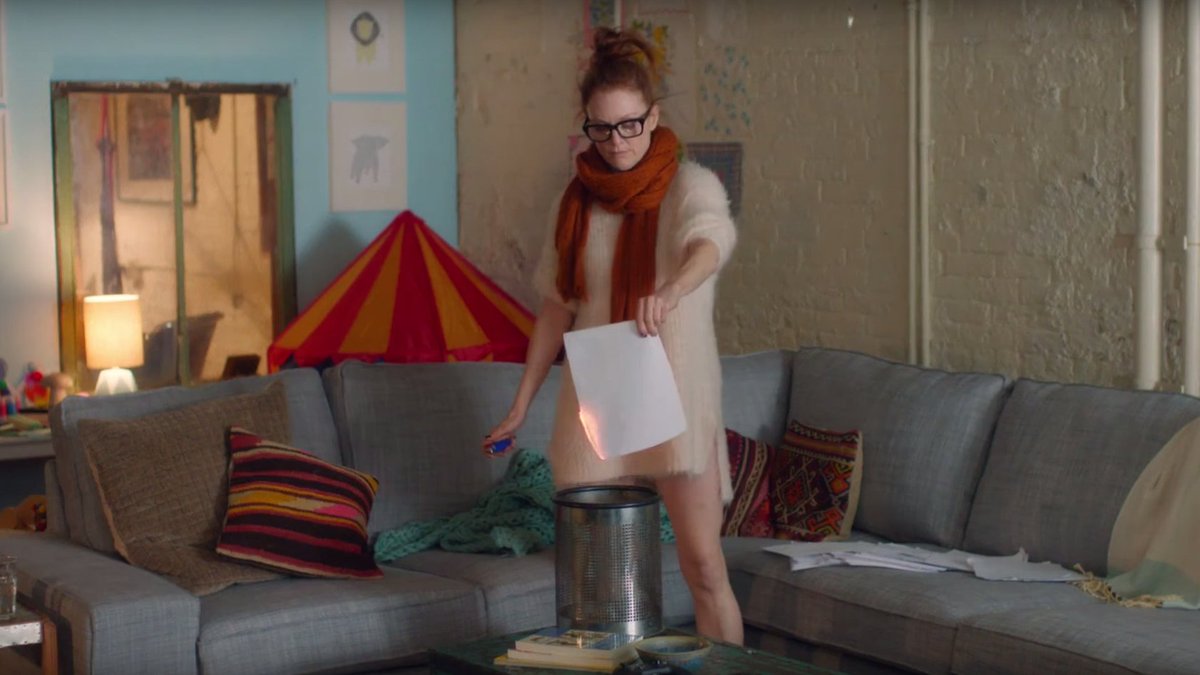 Maggie’s Plan, directed and co-written by Rebecca Miller, has a slight story; but the characters seem to have been plucked, fully formed, out of a very specific cultural context.  The rarified air of urban academia is worthy of an anthropological study all its own.   Gerwig, Moore, and Hawke are are all solid, as are Bill Hader and Maya Rudolph as Maggie’s best friends.  There’s also an interesting idea at work in the relationship between Georgette and John, and one that I’ve seen born out in real life:  sometimes awful people are well suited to each other.  Paradoxically, Georgette and John (who both seem completely self-absorbed) bring out the best in each other.

However slight the story may be, Miller has created a film that’s easy on the eyes.  It’s not simply the attractive cast, but the costuming, set design, and affectionate picture of New York that makes Maggie’s Plan a visual treat.

The ending of Maggie’s Plan is far too tidy – and tries too hard to be clever – but screwball comedies can get away with that.  Have you ever noticed how many of them sweep all lingering questions and complications under the rug of a sudden happy finish?  As viewers we just ride the current of chaos and confusion for the laughs, knowing that no one will really be harmed in the end.  Judged by those standards, Maggie’s Plan is a light, pleasant, if not terribly  memorable success.