Ben Kingsley is a Steady Hand at the Wheel, But Does He Keep it on the Road? 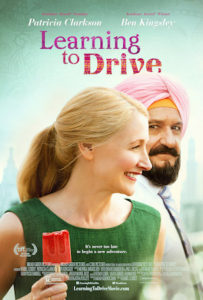 Sir Ben Kingsley has spent some time in South/Southwest Asia through his roles across many years: as a Persian in The House of Sand and Fog, as a supposed fanatical terrorist from an unnamed Arab-Muslim nation in Iron Man 3, to his seminal Academy-award winning role in Gandhi. Ben Kingsley’s father is of Indian descent, and through his portrayal of India’s most famous civil rights leader, Sir Ben Kingsley was able to accurately portray a character from this culture with depth and accuracy, rising above the typical caricature that is usually depicted in lighter fare.

For his new film, Learning to Drive, Kingsley returns to this beloved culture to depict a man named Darwan, who is a persecuted Sikh from the Punjab region.  Living in New York, Darwan takes great pride as a driving instructor, and as a taxi driver while simultaneously looking out for his nephew who is hiding out with his uncle to evade immigration officials.

A chance-encounter through a fare he picks up one night leads him to meet Wendy (Patricia Clarkson-The Maze Runner: The Scorch Trials, Last Weekend) whose marriage is ending….in the back of his cab.  After dropping Wendy off at home, Darwan discovers she has left a parcel in the back of his taxi and seeks to return it the next day. 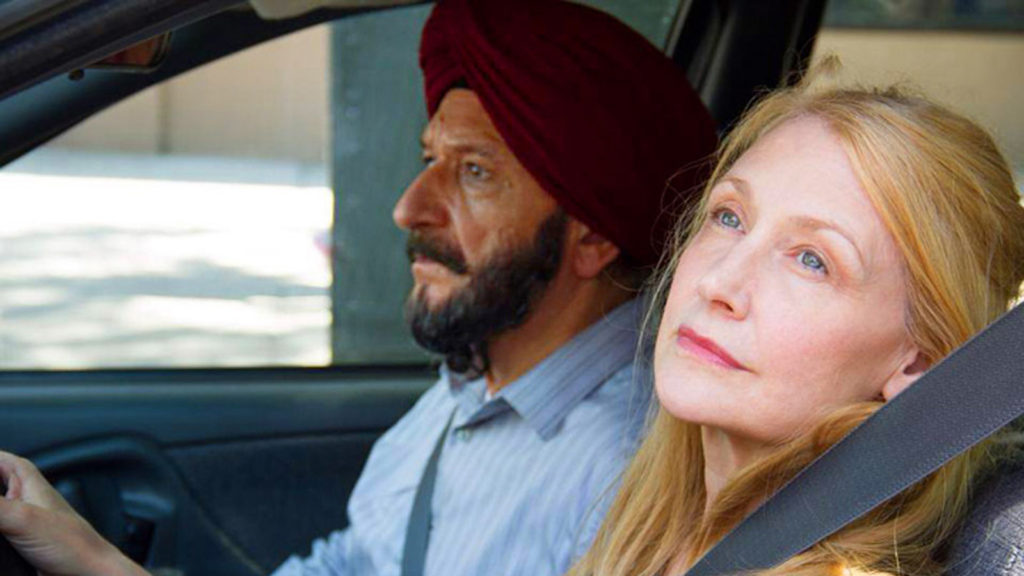 This encounter leads to Wendy enrolling in his driving school so that she can visit her grown college-aged daughter in Vermont.  Up until now, Wendy has had no need to know how to drive as she is living in the city. She also relied on her husband to handle that responsibility, and as such, has never desired to learn.

Their encounters of her driving lessons start off with a dynamic of a highly educated writer being taught by a man who takes great pride in a career she would normally see as beneath her.  His calm demeanor and ability to help her focus on the task despite her brokenness and tendency to daydream in her fragile emotional state begins to open her up.  She slowly finds a friend who she sees as her “faith” when she has given up on god, life, and anything resembling hope. 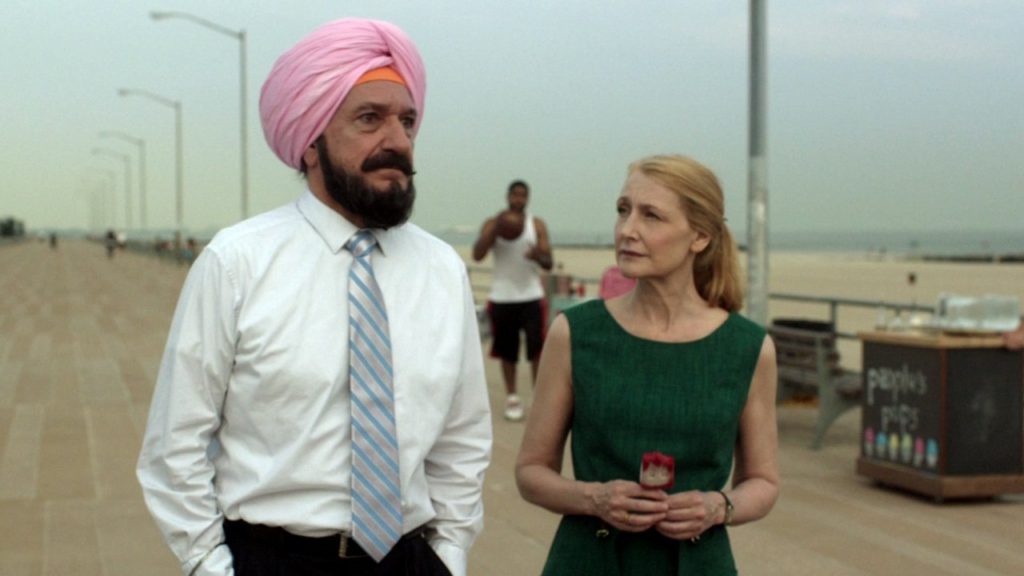 Kingsley, of course, does a great job of adding many layers to this character of Darwan with simple mannerisms, prolonged gazing, and a calm, soothing presence.  Through this portrayal, he again honors a culture and keeps the portrayal from descending into anything stereotypical.  He is able to also wrestle with his pride as an American and the desire to stay true to his roots, including accepting an arranged marriage from his native country.

As long as Kingsley and Clarkson’s hands are on the wheel, the film is fine.  There is strong acting across the board, and their interactions and growing friendship provide the film its true heart.  It is when they go their separate ways in different scenes that the film is not as strong.  Kingsley’s interactions with his arranged bride have moments, but are unable to be given the proper treatment it needs to fully address the tension it brings.

The same can be said for Wendy’s interaction with her daughter which seems to be more of a plot device, than a genuine relationship.  Wendy’s attempt at dating provides a very awkward moment in the film, and gives us a sex scene that seems very disjointed from the rest of the film, tonally speaking.

Learning to Drive is directed by Spanish director Isabel Coixet, who has worked with both Kingsley and Clarkson before in the 2008 film Elegy.  The comfortability of this team is clearly there in this film, but the narrative is not as developed as it could be with the side stories of these character’s lives.  So while there are steady hands driving the story, the end result is not as satisfying as its possibilities, and thus the film is not the ride it almost could be.