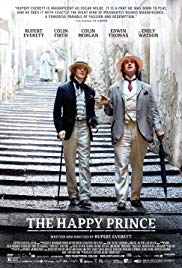 There once was a town where the poor were suffering.  A swallow who is flying south to Egypt for the winter stops in a town with his other geese. There, he encounters a statue of the “happy Prince”, who in life was never allowed to see the suffering around him.  It wasn’t allowed into the prince’s palace, or world.  Now, the statue who represents him asks the swallow to take the various gems, like sapphires and rubies, and gold, that adorn him and distribute their wealth among the poor and suffering.  By doing so, the statue loses its beauty and becomes worthless to those who used to look upon it.  Likewise, by staying to help accomplish these tasks the swallow isn’t able to go with his friends to the warm south, causing him to freeze to death as winter arrives.  Both the dead swallow and the statue, now stripped of its splendor, are thrown into the dust heap.  An angel eventually carries both to heaven where they are declared to be the two most valuable things in this particular city, and live eternally in the lush surroundings of heaven as a reward.

This is the children’s tale by Oscar Wilde, published in 1888, that serves as the backdrop of the film that bears its name, The Happy Prince. Written, directed, and starring Rupert Everett (My Best Friend’s Wedding, Miss Peregrine’s Home for Peculiar Children), The Happy Prince focuses on the last days of Oscar Wilde as he looks back on his life.  At different moments of his life, he is seen telling the story of “The Happy Prince” through the film, as it is used as a narrative device that runs parallel to the events of Oscar Wilde’s life.

Oscar lived like a king but he died poor, and largely cast aside by the very society that once revered him.  His fall from his status as England’s greatest writer and performer followed his trial, conviction, and  imprisonment for the crimes of sodomy and of gross indecency for his homosexual behavior with Lord Alfred Douglas (Colin Morgan-Legend).

The Happy Prince is actually a misnomer since it is really a funereal affair.  It is a film dripping with melancholy of one man’s complete despondency after seeing his life completely ruined by his own choices, and pursuits.  The story of “The Happy Prince” was in its own way just as sad, but the prince of Wilde’s story for children was unaware of the suffering around him and thus was not able to act while he was alive.  Wilde, however, knew the effect his constant drinking, carousing, and homosexual affairs had on his wife and children, as he spends his time away from them in order to pursue such behavior.  Eventually, his libel lawsuit against his male lover’s father eventually exposes his homosexual lifestyle before the British courts where it was a crime.  We see him express remorse later in life, after serving 2 years of hard labor, and he even makes overtures towards reconciliation with his wife Constance (Emily Watson-Little Boy, The Theory of Everything), but the sad fact is that his desire towards drinking and sexual relationships with young men, won out over his desire to find a way to get back home to his wife and children. 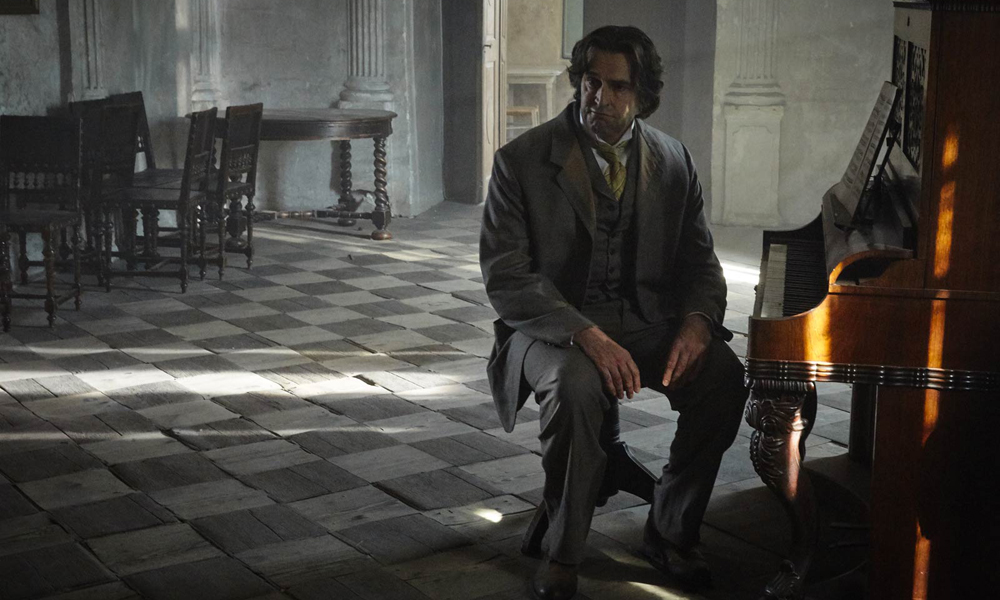 Ultimately, the film seeks to champion those in the LGBTQ community as the film gives an epilogue of a law that was passed after Wilde’s life was over that sought to correct the older laws of the United Kingdom which negatively affected the lives of so many individuals like Oscar Wilde. This law was from 2017 where the British government pardoned Wilde, as well as over 50,000 other men, for acts that are no longer considered crimes in the United Kingdom today, called The Policing and Crime Act of 2017. It is appropriately commonly referred to as The Alan Turing Law, and its common name serves as a tribute to the great Alan Turing, a cryptologist who helped the British crack Hitler’s military’s famed Enigma code, helping the Allied Forces to defeat Nazi Germany in World War II.  Turing, was forced to either go to jail or get chemical castration simply because he was a homosexual man.  The effects this chemical castration had on him eventually led to Turing dying of cyanide poisoning.

At the end of the film The Imitation Game, we get a similar epilogue about Turing’s life as The Happy Prince tries to provide for Wilde’s, yet The Imitation Game wholly supports the notion that the law negatively affected a man who did so much good and did nothing to warrant such cruel treatment by his government simply for his attraction to the same sex. The entirety of the film brings emotional weight to such an epilogue for Turing and was a powerful reminder of the brilliance that was lost over such a law by the evidence of what it did to a man whose ability helped save so many.

With Wilde’s life, as we see it depicted throughout The Happy Prince, the epilogue tries to make a moral point for today’s modern culture that the film itself doesn’t support.  The film looks at the person of Oscar Wilde from a narrow, personal and introspective point of view.  Despite the laws against homosexuality at the time, much of Wilde’s pain isn’t against the laws of government but is shown to be a result of his choice to pursue intoxication, parties, and young, young men at the expense of his family. 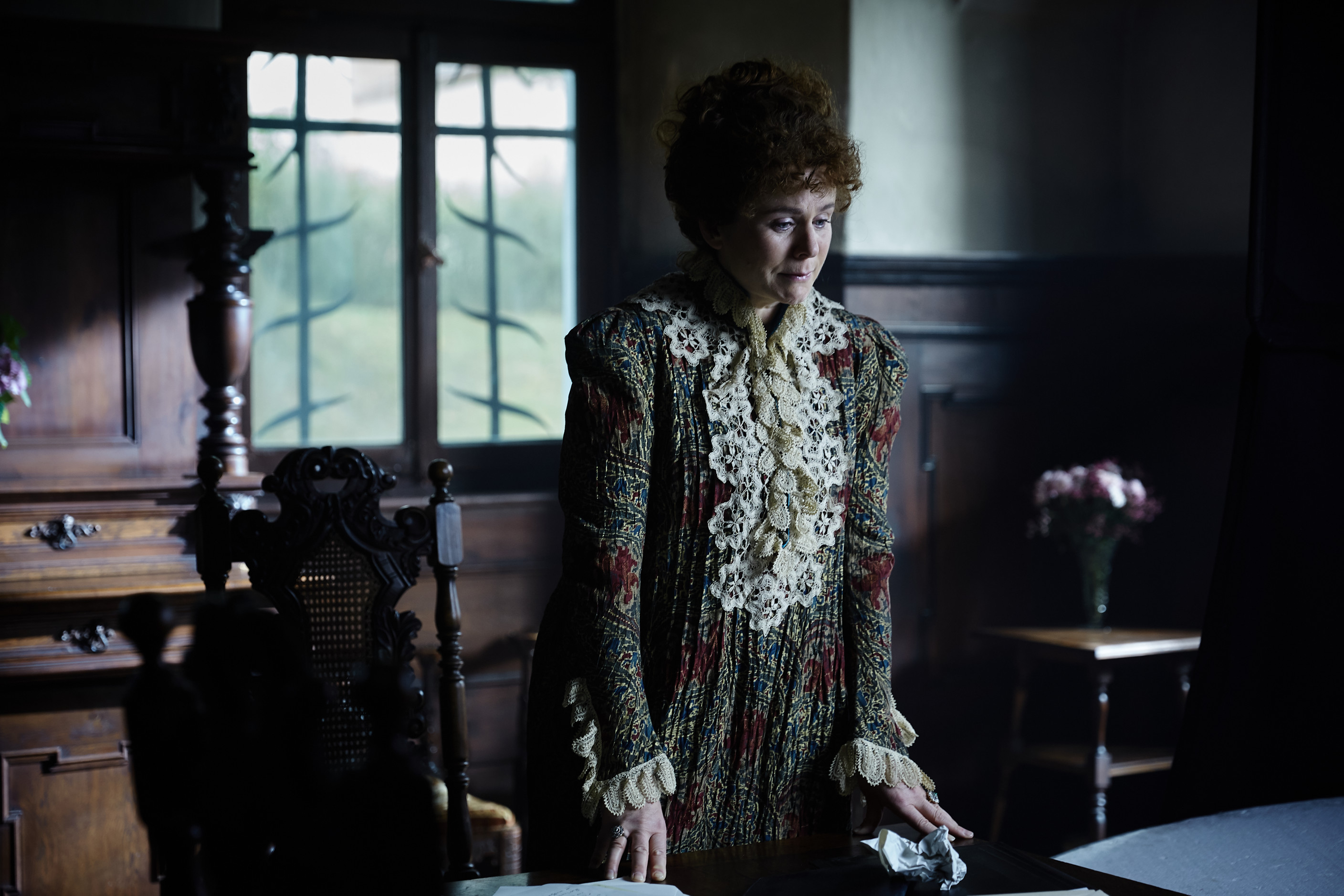 The film, which is pro-LGBTQ, drives home the point that much of Wilde’s personal regrets were due to his failing to be there for his children because of these choices, instead of the larger cultural look at how his homosexuality led to an unfair persecution against him that kept him from his wife and children.  As Rupert Everett was the writer, as well as the director, it seems that he tried to work in too many applicable takeaways he wanted the audience to leave the theater with, without truly developing or supporting those modern notions fully in the film itself.

The Happy Prince is a look at Oscar Wilde’s tragic life that celebrates the rediscovered talent of Rupert Everett, for those who maybe haven’t really paid attention to his work since My Best Friend’s Wedding, more than the subject of the film itself.  The film, despite a fantastic cast, that also includes Colin Firth, Edwin Thomas, and Tom Wilkinson, is largely forgettable.   Strong acting aside, this film will largely be forgotten by the larger culture who are flocking to see things like A Star is Born, Venom, and the new reboot/sequel of Halloween, meaning that The Happy Prince is destined to end up in the dust heap of cast away films in 2018, much like the the statue and the goose in Oscar Wilde’s titular referenced story.