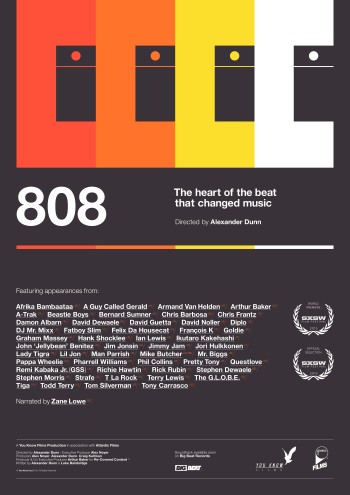 If one has had any connection with the above musical genres, and their infinitely long sub-genres, then chances are you have heard and enjoyed the unique sounds of a Roland TR-808 machine.  The first programmable drum machine was produced by a mistake that was discovered by the Roland company’s founder, Ikutaro Kakehashi (Mr. K), and led to the creation of a machine that has its fingerprints on numerous hit records for the past 3 decades of music.

This documentary is a fascinating look at a machine that you may have never heard of, but that you have definitely heard.  What started out as a machine meant to help artists create demo tracks, since it could never quite approximate the true sound of physical drum kit, became an artistic tool for artists to create sounds, musical landscapes and genres that they might never have been able to otherwise.  This film provides a macro-look at the worldwide phenomenon of electronic music, while providing intimate examples that will connect with music lovers of the past 3 decades.

From the first recording featuring the 808, Japan’s Yellow Magic Orchestra’s “1000 Knives“, to influential tracks of early hip-hop, like Afrika Bambaataa and Soul Sonic Force’s “Planet Rock“, we see the importance of this electronic wonder.  R&B singer Marvin Gaye had the biggest hit of his career with “Sexual Healing” featuring the 808 throughout the song, with his warm voice singing over the top of the beats the 808 produced. Indian musician Charanjit Singh pioneered the acid house sound in 1982 using the 808 on his album, “Synthesizing: 10 Ragas to a Disco Beat“.  Later, Jimmy Jam and Terry Lewis would incorporate it throughout their songs written for various artists from The S.O.S. Band, Janet Jackson, and more. In more recent times, it has been used by Jay-Z on his seminal track “99 Problems“, Eminem, and Usher’s biggest hit, “Yeah!” featuring Lil Jon and Ludacris.

What is equally amazing about the film is the vast diversity of artists, genres, and musical styles represented, all whom find common ground in exploring and expressing themselves through an electronic instrument that was dropped on the culture like the deep bass the 808 kicks through your speakers.

At the suggestion of Run DMC, The Beastie Boys used it all over their Rick Rubin produced debut album, Licensed to Ill.  The most notable example from that album is the track “Paul Revere” where beats from the 808 were recorded backwards, creating the deep, wub-wub sounds, and deep base kick that give foundation to the track.  With its programmability, the 808 gave artists the ability to create and control the different sounds they were using.

The film does a good job of tracing the geography of this instrument and its impact on cultures spanning the globe.  From Mr. K’s invention in Japan, to the pioneering sounds of New York hip-hop, to the Miami bass sounds, to other musical movements coming out of Chicago, Italy, Europe, and the southern United States such as Atlanta, the 808 has been the instrument of choice for artists from a wide-ranging spectrum. 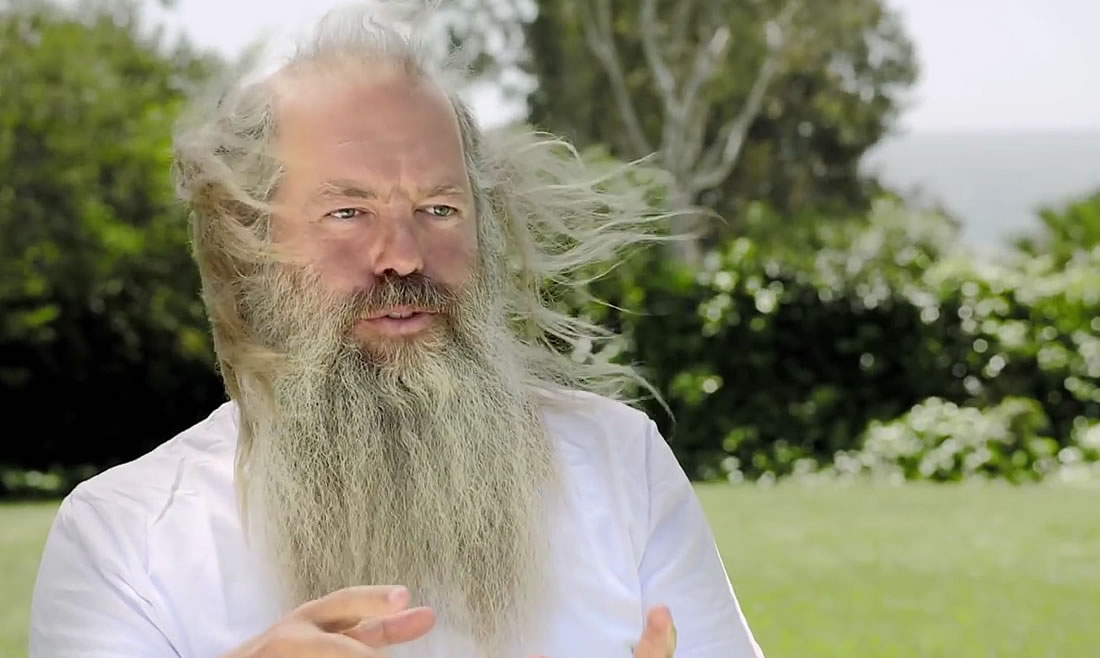 808 seeks to cover this broad impact of influence, while speaking to as many artists as possible.  Interviews with Rick Rubin, Mike D. and AD-ROCK of the Beastie Boys, Phil Collins, Afrika Bambaataa, Jimmy Jam, Terry Lewis, Arthur Baker, Goldie, Chris Barbosa,  Questlove, Biggs, Mike Butcher, Felix da Housecat, Tony Carrasco, Fatboy Slim, David Guetta, Lil Jon, Lady Tigra, Pharrell Williams, Strafe, and many more fill this documentary along with wall-to-wall sounds, remembrances, and context for why the 808 is so important to music culture the past 3 decades. 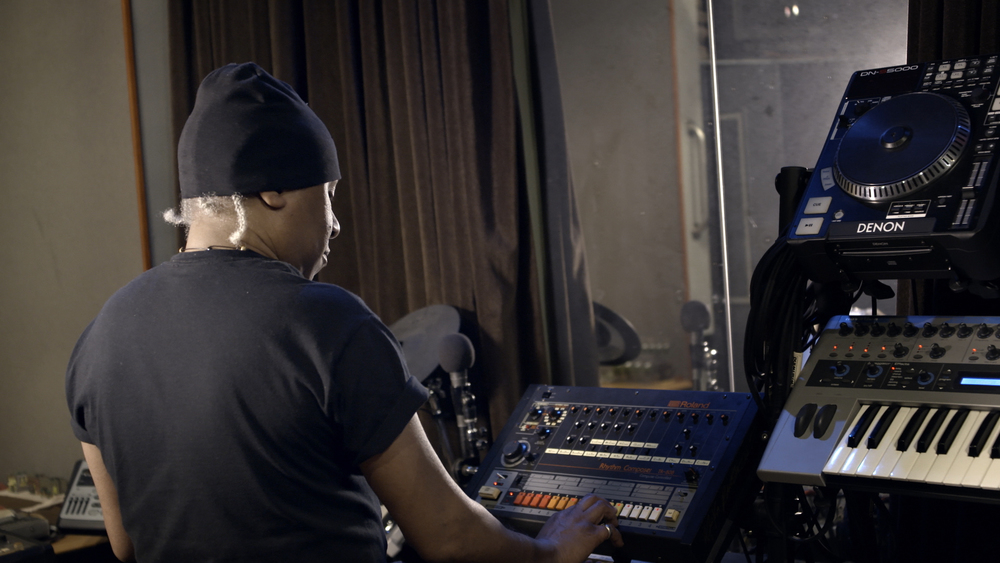 There is plenty of archival footage that helps the viewer truly see the use of the machine in many pivotal points throughout the evolution of electronic music that will be useful for those who are not familiar with the musical subject matter, as well as for those who are.  The soundtrack alone for this film would be a hall of fame collection resulting in many volumes.  What is equally amazing about the film is the vast diversity of artists, genres, and musical styles represented, all whom find common ground in exploring and expressing themselves through an electronic instrument that was dropped on the culture like the deep bass the 808 kicks through your speakers.

Perhaps the most important aspect of this is the closing interview with Mr. K, the creator of Roland, and the TR-808.  Born in 1930, a now 86 year old Ikutaro Kakehashi, provides the context necessary to understand how a machine that has been so pivotal to the cultural development of electronic music for the past 3 decades, was only produced for 3 years, with only 12,000 units made worldwide.  The answer will astound you, and it makes the fact that this machine is still in regular rotation decades later, all the more amazing.

808 is a solid documentary with a straight forward linear tale of an obscure instrument that continues to shape the popular culture around us.  For this reason, Alex Dunn’s film deserves to be seen by all who would appreciate knowing just where those speaker pumping sounds emanate from. 808 drops its beat worldwide through iTunes on December 9, 2016. 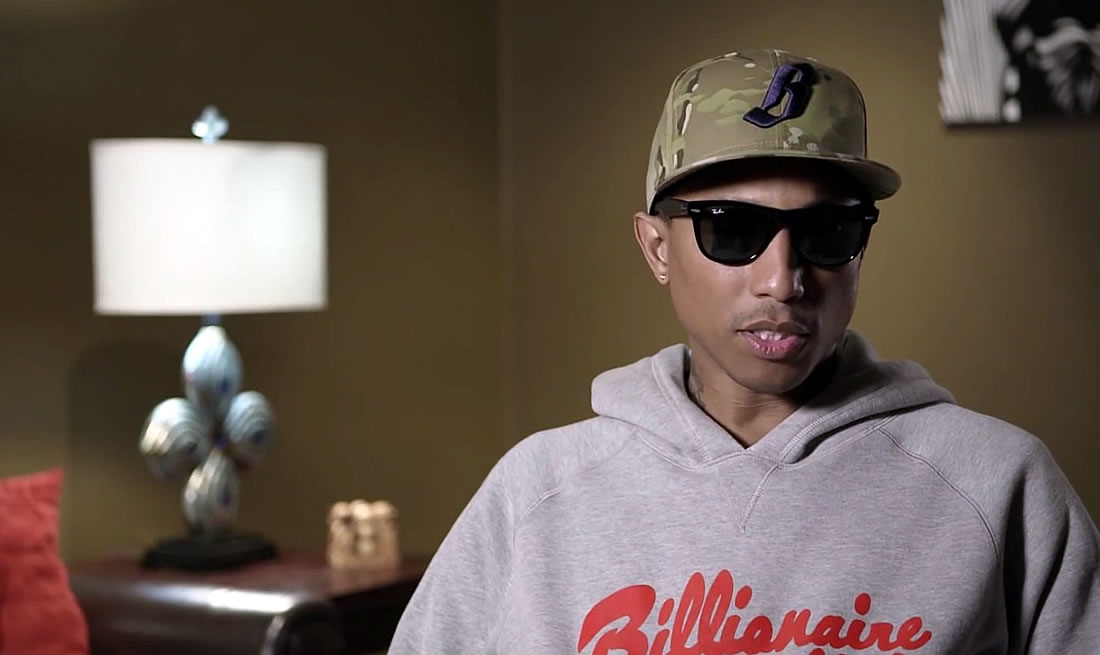