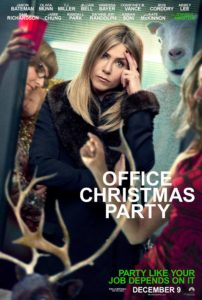 DIRECTED BY JOSH GORDON, WILL SPECK/2016

I was standing with a group of critics after a screening of Office Christmas Party and was about to share my opinion of the movie when an established, well respected critic spoke up and said that the movie had a great cast, but was “foul mouthed, disgusting garbage.”  That left me feeling a bit conflicted because that critic wasn’t really wrong.  Office Christmas Party has (in addition to a great cast) loads of profanity and raunchy humor.  And yet, dear reader, I did laugh as I watched it, more than a few times.

T.J. Miller is Clay; a loping, loopy goofball improbably running a branch of his family’s tech business, Zenotek.  His sister, Carol (Jennifer Aniston) is the CEO of the company and a ruthless, vicious Scrooge.  Or Grinch, perhaps.  There may, in fact, be garlic in her soul:  she seems to take grim faced delight in not only canceling the branch wine and cheese Christmas party, but canceling the branch all together.  Clay and his Chief Technical Officer, Josh (Jason Bateman) wrestle a deal out of Carol:  if they can get a high dollar client, Walter Davis (Courtney B. Vance) to agree to work with Zenotek, the branch and everyone’s Christmas will be saved.

The plot goes on too long with far too many needless twists and complications, but the cast works hard to win laughs throughout 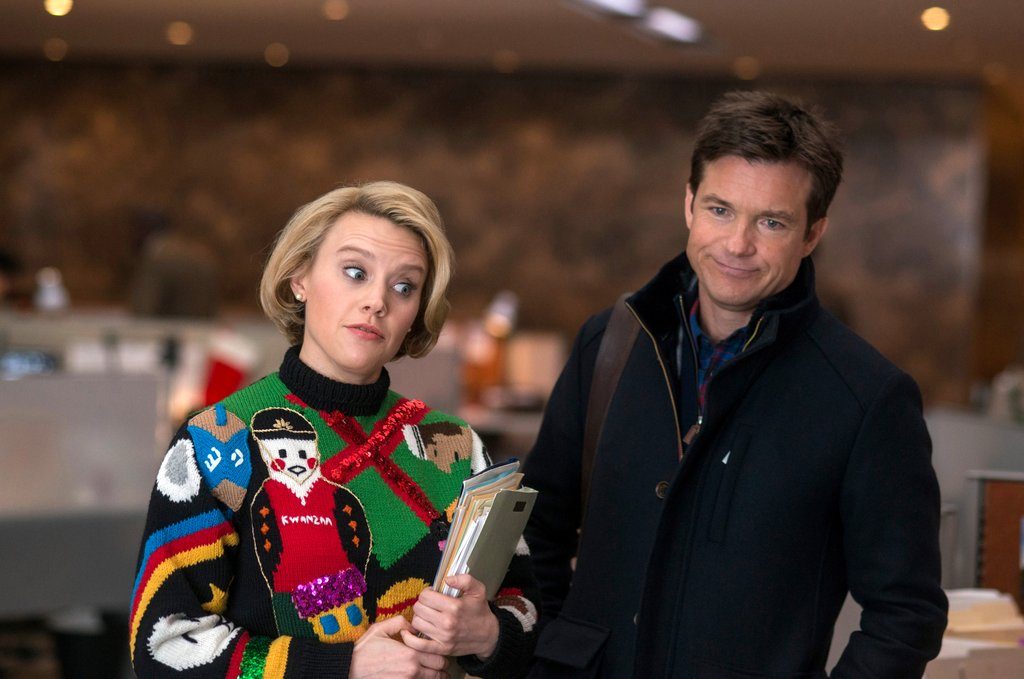 The story line of Office Christmas Party gets increasingly silly from this point on.  Although Carol has cancelled the Christmas party, throwing an alcohol-soaked holiday blowout is the means by which Clay and Josh plan to win over Walter.  That strategy didn’t make much sense to me, but I was willing to suspend belief and go with it – just as I was willing to go with believing in the technological McGuffin that Josh’s risk-taking coworker, Tracey (Olivia Munn) has developed.  Office Christmas Party was co-directed by Josh Gordon and Will Speck, best known for The Switch and Blades of Glory.  Those movies set my expectations for a thoughtful narrative in this film fairly low.

The party happens, of course, and while it starts innocently enough it careens inevitably toward drunken, naked mayhem and destruction.  The plot goes on too long with far too many needless twists and complications, but the cast works hard to win laughs throughout.  Kate McKinnon is a standout as an uptight HR Director.  This is McKinnon’s year and she really does know how to make the most of every second she’s on screen.  She has plenty of competition, though, from the likes of Rob Cordry, Vanessa Bayer, and Jillian Bell (as a very high strung pimp).  And in a small role as an Uber driver, Fortune Feimster, elicited some of the biggest laughs of all. 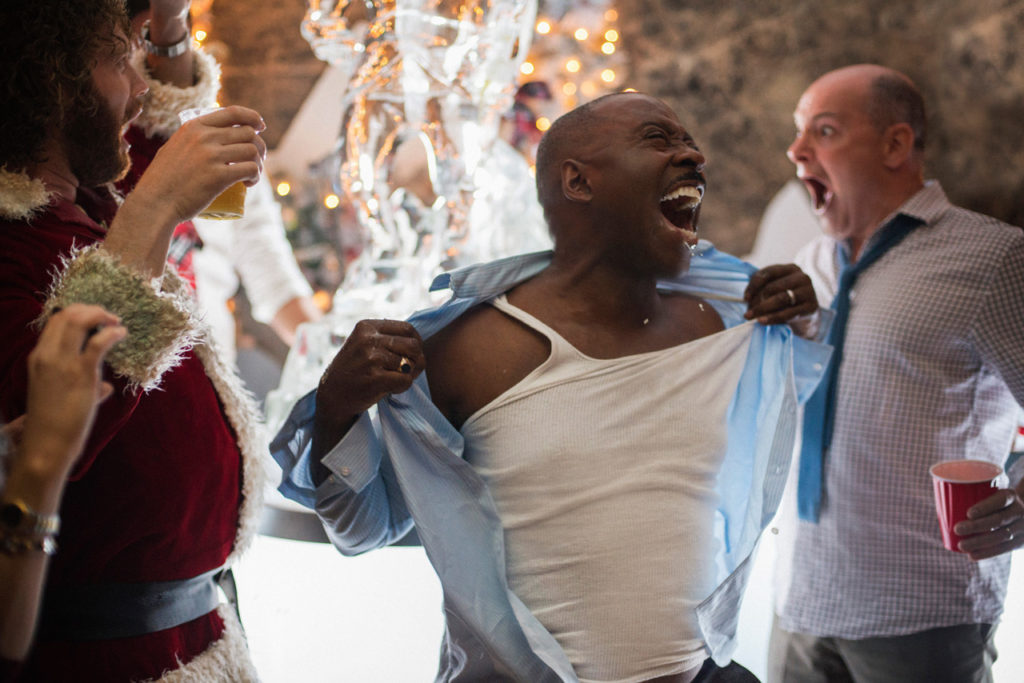 Office Christmas Party was able to make me laugh, several times – but was also crude, rude, and overlong.  It was a mixed success at best, and with that cast it should have been better.