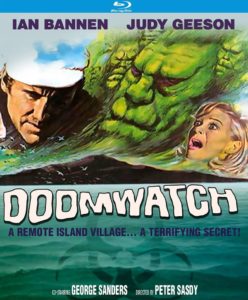 Here’s the thing about Doomwatch: it’s not terrible, but it does everything it can do to make you want more than it gives. It’s a movie offshoot of a popularly earnest British show of the very early ’70s that took viewers alongside bona fide nerds at the fictional watchdog agency Doomwatch, who charge scientifically into the windmills of provocative social grist like genetic engineering, euthanasia, biological weapons, pharmaceutical chicanery, global warming, like some CSI spinoff meeting X-Files, where the aliens are a parade of evil scientists and bureaucrats. In this bigger-budgeted ante-up, Dr. Del Shaw (Ian Bannen) travels to a tucked away British isle to investigate the effects of an off-shore oil spill and finds a town full of quick-closed curtains, cagey pub crawlers, and a lot of mournfully plucked strings. It’s the classic suspicion-shrouded community harboring some dark secret and, like a poor man’s Wicker Man (out the following year), Shaw suffers his share of sidelong glances and outright hostility until at last his initial investigation gets an upgrade into murder, conspiracy, and gnarly physical mutation. Remarkably, by the half-hour mark, the story’s cinched up into a certain brand of genuine mystery and, daring against its own budget, the creepier elements are actually buttressed by the slim production values. Here the film’s director, Peter Sasdy, who opens the blu-ray with a new, humbly excited intro, brings his years at Hammer Studios to bear, letting the fog-shrouded seaside village do what it does best: limit the breadth of the set while providing economical mystery and creep factor under budget. 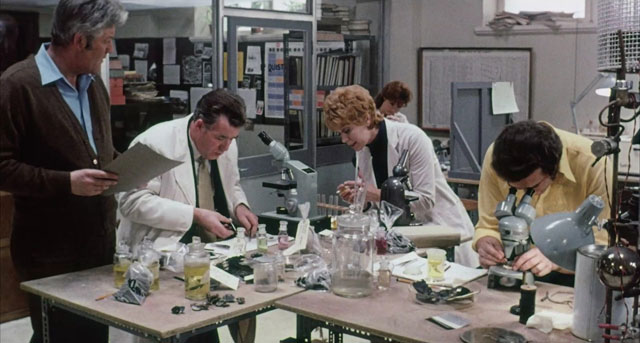 Relapsing into humdrum at the one-third mark, the movie shifts again from quasi-macabre occult mystery, to a rather flat, shirt-collared procedural – the heart of the original show rendered dull against the bigger-screened sprawl – as Shaw and Doomwatch seek to nail the Royal Navy in illegal chemical dumping near the ill-fated island. Here we get one of the movie’s few gilded aspects, the ever-stabilizing presence of venerable George Sanders, in a very late-in-career role that sadly only requires him to look good in his Royal Navy uniform – but being George Sanders, he does more for the role and the movie than either deserves. Eventually, like a frequency graph written on celluloid, the movie surges again in its final act, as Shaw and his right-hand woman (Judy Geeson) face down a mob of gene-tainted grotesques for the soul of the island. Though the movie is ultimately an extended, perfunctory ’70s PSA for the destructive carelessness of toxic waste, Shaw’s impassioned speech to the islanders about the disease that’s ravaging their population still comes on like a desperate preacher imbued with the fires of God, and in the face of their self-destructive prejudice toward the outside world, the fullness of the final sequences renders it a microcosm of a world cocooning itself in provincial fear and xenophobia, presenting an eventual mob of mutants that eschews the salvation of medical aid in favor of collective physical disintegration. Despite its occasional horror trappings, and its end-to-end pencil-pushing ethos, it’s all very human and all very pathetic, and eventually all so very mournful that the assured triumph of science in the end plays like an elegy on stubborn human pride. 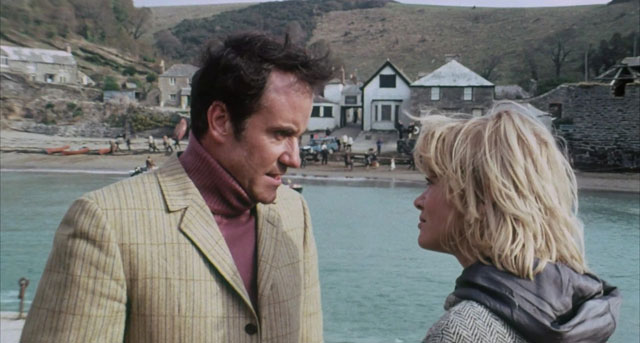