It’s Not Shakespeare, But There Are Spears, And The Earth Shakes At One Point 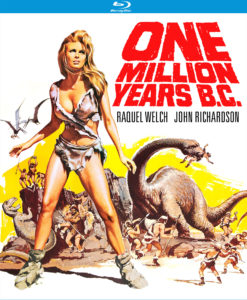 Perhaps the only Ray Harryhausen film to be overshadowed by visual effects of an entirely different kind. While Harryhausen is clearly wielding his A-game, crafting some of the finest stop-motion animated sequences of his career, it’s undoubtedly the presence of newcomer Raquel Welch, traipsing across the prehistoric countryside in a fur bikini, that made this the highest grossing Hammer film ever. By 1966, Hammer Films was a decade into rebranding the entire cast of Universal horror movie monsters into its own garishly bloody image – and making Peter Cushing and Christopher Lee household names – when they turned their sights to a much different cinematic phylum, the prehistoric monster movie, casting themselves as the original Jurassic Park lab, repurposing the DNA of a tired trend and giving it a new sheen of brutality, grit, and blood for a modern audience – of kids. Indeed, because of their usual subject matter (mythology, monsters, dinosaurs), Harryhausen movies automatically and unapologetically link to childhood, inspiring innocence, closing down the critical apparatus that might take issue with story problems and questionable acting. Its frame, being the world of cavemen with a very thin dictionary, along with a simple storyline that plays like a Neanderthal Cain and Abel meets Romeo and Juliet, recalls the surface simplicity of silent film, with its necessary pantomime and histrionics. But like silent film, this movie’s shortcut into the back of our brains elevates simplicity to a kind of volcano opera where the simple impulses lead: food, weapons, survival… with a desert’s-edge meet-cute to keep the love thing evolving too. 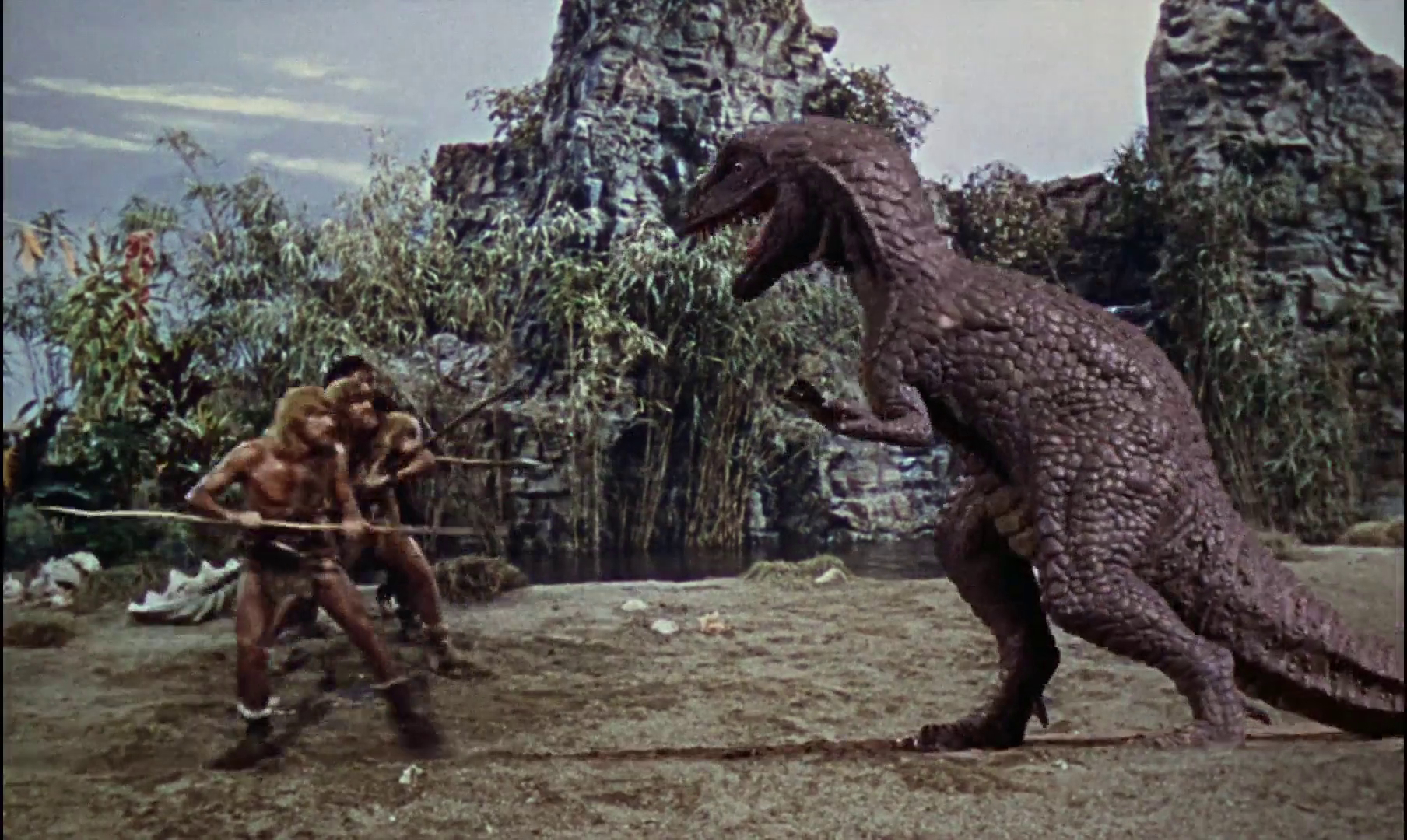 Today’s eyes revolt somewhat at the effect of stop-motion art. It’s not smooth in the way we’ve been trained by CGI. More to the point, it looks “fakey” and “herky-jerky” and we too often banish all of it into the kiddie column along with Gumby and Rudolph’s Shiny New Year. But there’s a payoff to the Harryhausen brand once the eye is trained, and that’s the unmistakable stamp of time and craft upon any sequence. He impresses himself upon the rubber-and-metal creature, acting through it, one frame at a time, twenty-four times per screen second, until the scene has the energy of movement and palpable personality. The scene of the Allosaurus attacking a peaceful tribe’s town center is so braced with raw fear and call-to-arms, and the dinosaur itself so alive with a kind of dark, darting, curious mischief, that the ultimate kill shot (a bravado upward spearing that actually hoists the monster over its assailant) resolves in a perfect combination of catharsis and pathos. Same with a later scene of Tumak (John Richardson) and Loana (Welch) trapped in a narrow cave while two behemoth’s wrangle outside. The beasts tussle to the death while the angles, POVs from the cave and otherwise, impress the viewer with the dinosaurs’ tremendous size – a hearkening back to the mastery of Willis O’Brien’s work in the original King Kong. In all of these cases, as it is in virtually all Harryhausen movies, the post-fight scenes hold a lingering gaze over the final heaving breaths of the great animals, so that the feeling of fear, now defeated, is replaced with a real sense of loss – these creatures were alive and now they’re dead, and our watching eyes make us complicit in the killing. 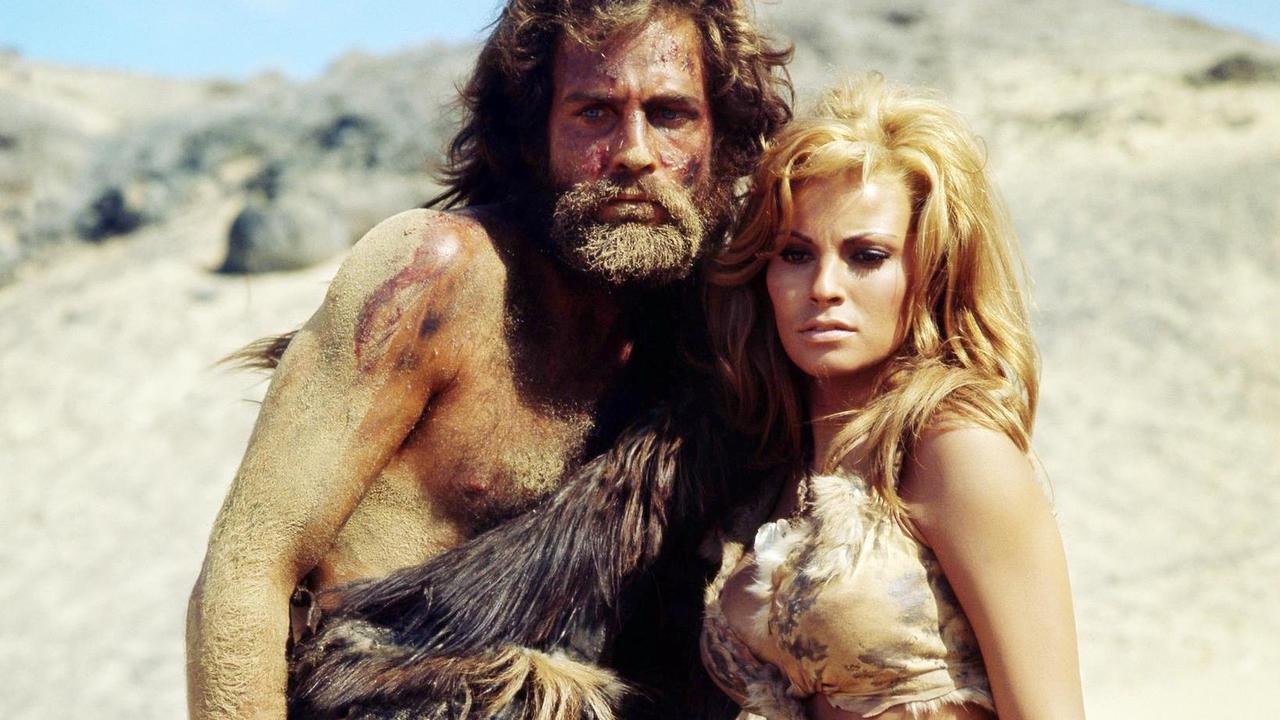 These riveting dinosaur scenes, which also include a Pterodactyl attack and a battle with an Archelon (a massive prehistoric turtle, whose clear desire to simply bypass the cavemen and just get to the sea, for goodness sake, gives it an almost humorous, put-upon disposition), were sinfully cut from their original scene-lengths when sold by British Hammer to the U.S. market. The clean and bright new Kino Lorber Blu-ray not only provides a commentary track (by film historian Tim Lucas) to explain the cuts as concessions to a skittish American ratings board, but also gives us both the U.S. and International cuts of the movie to devour like so much reptile kibble. Also included are older interviews with Welch, Harryhausen, and Martine Beswick (Loana’s primitive frenemy, Nupondi). The movie is bright, colorful, binary in its hero/villain constructs, but not worse for any of it. And counter to its simplicity, there’s nothing wrong with dipping back into the childhood toy chest for an old favorite recently dolled up, but in this case nostalgia isn’t the final feeling – a seminal, beautifully rendered other world of extinct dangers can help divert us from currently living and breathing monsters for just long enough to gather a bit of B-movie perspective: if we’ve survived for 1,002,017 years, we’ll probably get through this one too.