“A Dwarven Lord Gives A Shout For VALORIA!” 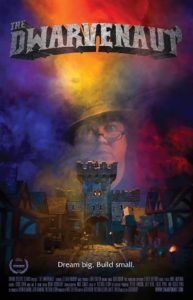 Stefan Pokorny is the Dungeon Master of Kickstarter and in the documentary, The Dwarvenaut you can see what passions drive this role playing king. Director Josh Bishop follows Pokorny during his third campaign on Kickstarter to fund his new batch of gaming terrain, the City Builder System. Pokorny creates and sells miniature modular dioramas for Dungeons & Dragons, a game that he’s played for 38 years. His love for the game and the community it creates is evident and intriguing.

But… I’ve never played D&D. I know nothing of the history of the game or why it’s so popular. After watching The Dwarvenaut I wondered if I was the right person to review this film. So, to understand this documentary a little better I enlisted the help of my friend Tim. Tim played D&D for many years with his older brother. He explained what it was like as a teen to spend hours, weeks, months and even years with a few people rolling your way through a story. He broke out his 20 sided dice and told me that back in the day D&D was played on paper, there were no miniature caverns or dungeons, it was all imagination. This was interesting to hear. Tim thought that “the world that Pokorny is creating is actually confining. Valoria is too complex and too complete.”

“Pokorny’s four campaigns on Kickstarter are in the top 50 earners of all time!” 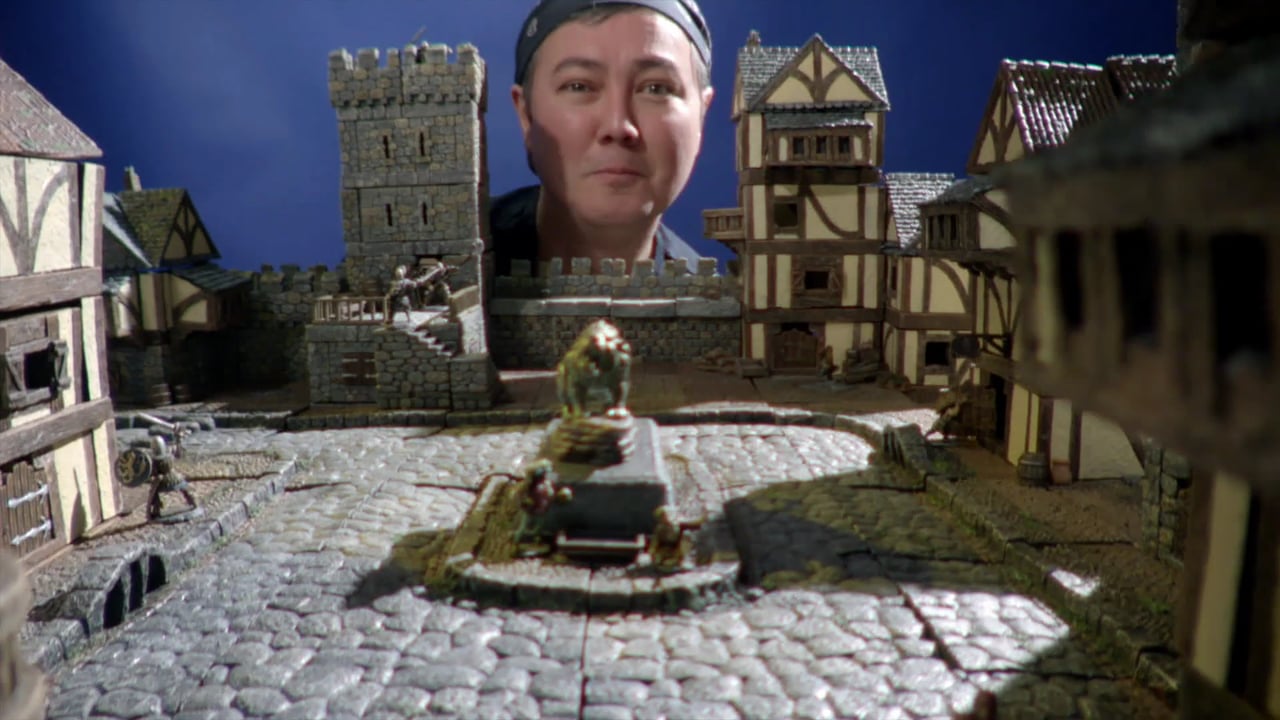 Another eye opening aspect of D&D and The Dwarvenaut was the sense of community. People love role playing games and they aren’t shy about supporting it. Pokorny’s four campaigns on Kickstarter are in the top 50 earners of ALL TIME! Two of them raised over 2 Million dollars! Most of the people that support the creation of these miniatures are middle-class, blue-collar workers. They give because they love the community and stories that Pokorny represents. I asked Tim about this community. He said, “If you come to a D&D table with true interest and curiosity for the game then you will be accepted, no matter what.” I love that! I wish that most communities and groups were as accepting as the folks you see in The Dwarvenaut. We also talked about the fantasy aspect of the game. Tim shared that if you are PLAYING WITH the fantasy then you have more game to experience. But if you are ENTERING INTO the fantasy then there is more drama and this is when cosplay is introduced. In The Dwarvenaut you are somewhat informed about D&D cosplay when Pokorny visits Gary Con to drum up support for his fundraiser. He shows us D&D creator Gary Gygax’s house and acquaints us with the legends and leaders of the D&D world.

So here’s the rub, I really enjoyed talking with Tim about role playing games and I respect the gaming world of Dungeons & Dragons, but I didn’t connect with The Dwarvenaut. The history of the game, Pokorny’s own artistic background and the current state of D&D didn’t connect with the Kickstarter Campaign story, it just didn’t flow. I wish they had spent more time developing those subplots but there was more time given to a hung-over Pokorny at Gary Con than the process to create Dwarven Forge, Pokorny’s company. The whole movie felt overly staged and Pokorny wanted all of the spotlight. Tim put it best when he said, “This is a narcissist love letter to himself.” OUCH! I went back and looked at Pokorny’s Kickstarter Campaigns. He is a dynamic character and he’s extremely likable, but in The Dwarvenaut he comes across as self absorbed, and more obsessed with fame and popularity than the actual craft that he’s creating. 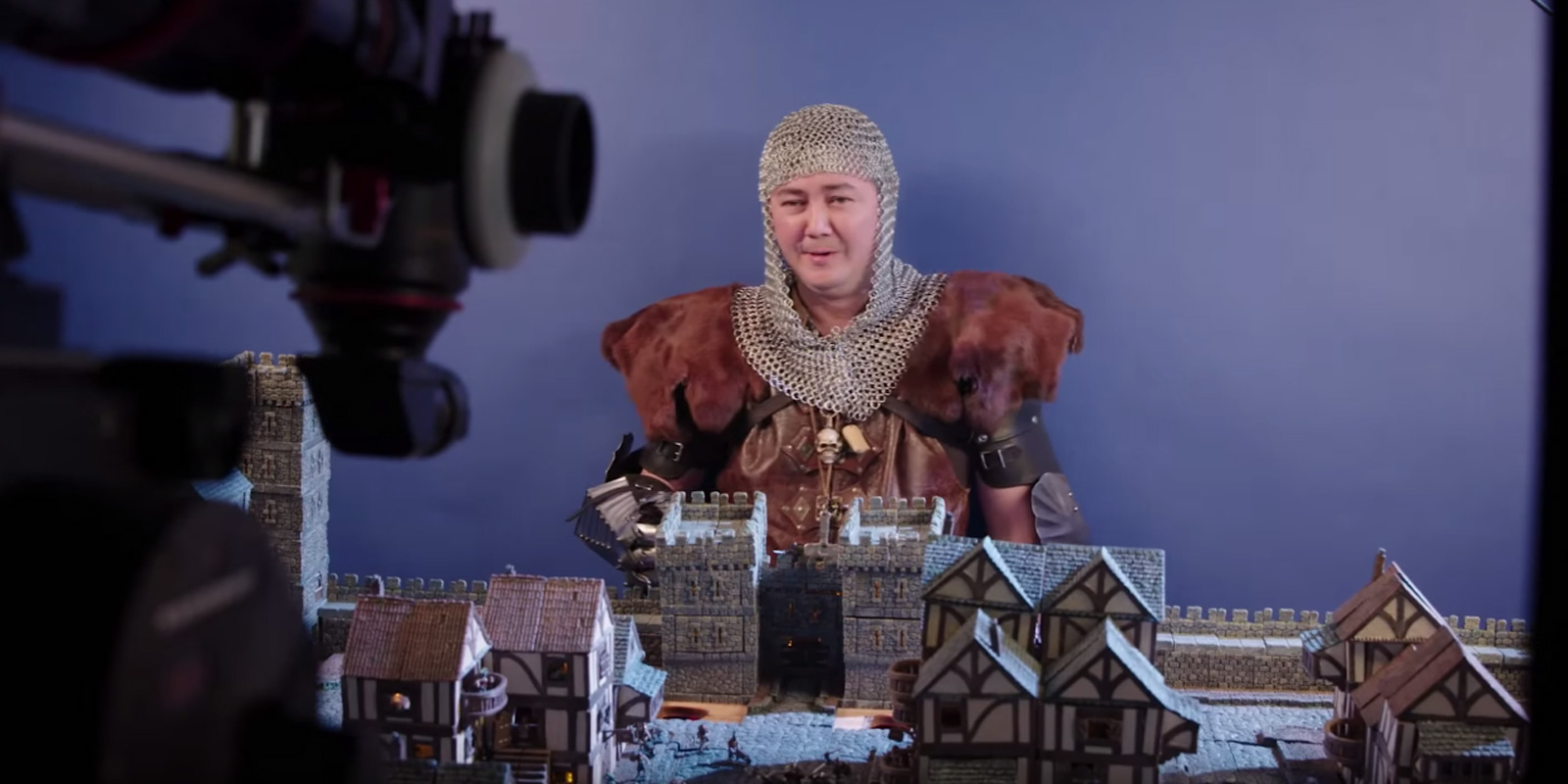 All this has made me wonder about culture and nerds vs. the cool kids. Did Pokorny gain interest and it made his gaze turn inward? Do we all do that when we are given one too many pats on the back? Are the outsiders only accepting until they aren’t marginalized anymore? Am I over thinking this??? Probably, but it’s good to think through what fame does to a person. For these reasons and others The Dwarvenaut is worth checking out. If you are into Dungeons & Dragons or any RPG you will connect. It’s a fascinating topic and Stefan Pokorny is an awkwardly awesome main character. You can pick up a copy on DVD or Blu-ray on September 13th, 2016. It’s also available for streaming on Netflix.