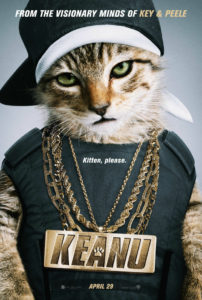 Often hailed as the spiritual successor to Chappelle’s Show (2003-2006), Keegan-Michael Key and Jordan Peele’s Comedy Central skit series simply titled Key & Peele” (2012-2015) was an equally short-lived, but critically lauded and intellectually sharp television show that riffed on race relations and pop-culture amongst satirizing serious political issues. In other words, they offered the type of incisive hijinks our country sorely needs right now. Never ones to withhold their blunt honesty, even when it comes to their own self deprecating humor towards their biracial heritage, next to multi-instrumentalist stand up comic Bo Burnham, they’re two of the few modern American comedians able to provoke laughter out of me without resorting to insensitive mean-spirited jokes, while simultaneously still not adhering to overt political correctness.

In the tradition of their sketches, Keanu continues Key & Peele’s trend of subverting racial stereotypes and hypermasculinity (See: “Manly Tears”, “Boxing Press Conference”, “School Bully”, “A Cappella”). In a separate interview, Peele was quoted saying that the film intends to “satirize how pop culture paints masculinity and what it means to be African-American — and how many of us don’t fit into the mold expected of us.” In our interview (which Keegan unfortunately had to drop out of due to unforeseen circumstances), when I asked Peele to elaborate on this, he went on to explain:

“I think every person has two individuals living inside themselves: You got the warrior and then they’ve got the more sensitive artist. Keegan and I got the artist and sensitive sides turned up to eleven. The way we get out our warrior spirit is just by being willing to do anything and push buttons in our comedy.”

He continued, “We want do things that are going to piss people off as much as we can, while also being able to make them laugh at the same time. It’s all about duality.” He went on to quip, “I mean, you put a kitten in Methods Man’s arms and all of a sudden it’s like they’re a force multiplier.” Method Man, How High (2001), 8 Mile (2002) Garden State (2004), the former Wu-tang Clan member who dominates the room with his intimidating, larger than life, but still extremely friendly and comedic presence, nodded in agreement. 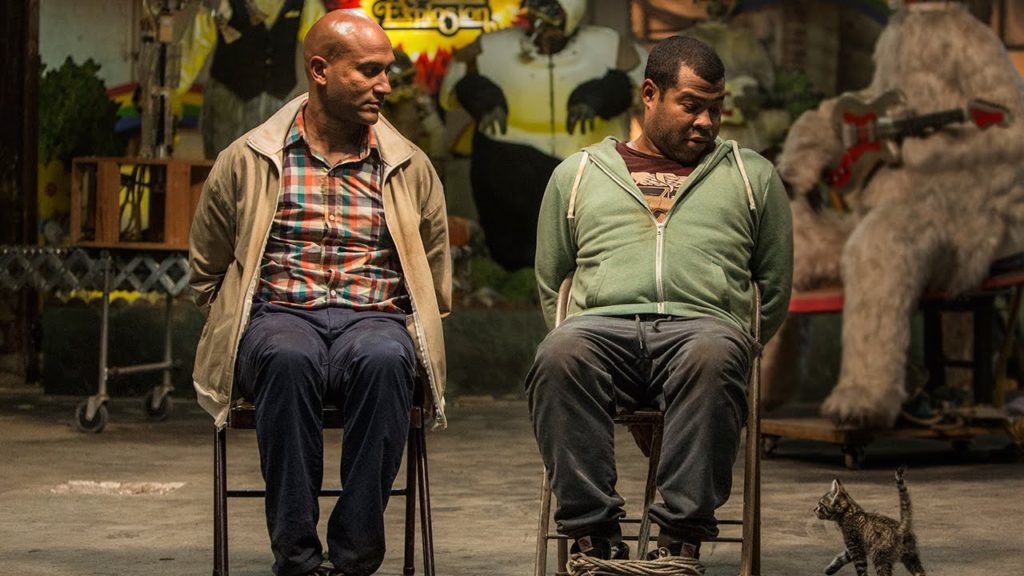 Additionally, Peele and Method Man clarified why they went with a cat as a drug lord’s pet instead of a more typical one, such as a snake. Peele explained, “We took the cutest thing in the world and we put it in the craziest situation. We always hear about these gangsters that have pythons and tigers, so we saw an opportunity there to do a little juxtaposition.” Method Man cut in humorously with fabricated earnesty, “I mean look at this picture, man…” He points to the film’s promotional poster featuring a close-up shot of the cat sporting a do-rag and gold chains. “It’s adorable. It looks like Justin fucking Bieber! Come on, man…He’s more gangster then Justin Bieber.”

When asked about what action and gangster films they took inspiration from, which just from the film’s trailer is already made apparent: New Jack City (1991), True Romance (1993) Heat (1995)” Peele commented, “It’s based on our favorite type of genre, which is just ‘cool’ movies. Like that’s what we all want to be. We all want to be a ‘cool’ movie star like Liam Neeson or Denzel Washington.” He continued, “The kind of movies I watch have lots of over- the- top violence where you see brains exploding and gore n’ stuff. This is not that. This movie was about taking Keegan and I, putting us in that over-the-top violent world, and seeing how we’d do in that type of environment.” Method Man went on to add, “It’s a fish-out-of-water type situation.” 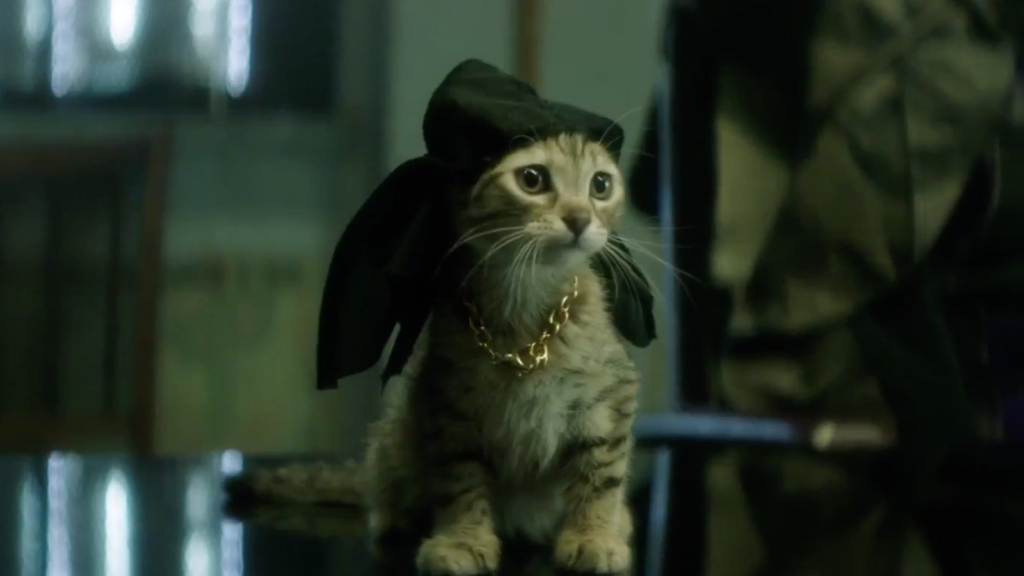 Peele also spoke on overcoming the obstacle of Keanu becoming a skit dragged out too long, as well as the liberties of the film medium opposed to the restrictions of television. “It was very fun and a challenge we were ready for. You can tell by our sketches that we love movies and we wanted to make something original and classic.” He continued, “The biggest difference with this one is that you have to sustain a story. You can’t just sell out the comedy and expect to be able to go back and have people care about what you’re doing. You have to ground it and you have to give it a heart. Keanu takes us through this journey and I think people laugh because it’s a crazy movie, but I think they also care about the characters in it.”

In regards to what projects are next on the comedy team’s bucket list Peele detailed, “We’re always going to be doing movies together, I think. We have too much fun doing that. I’m also producing, along with Tracy Morgan, a Pilot at FX and we’re very excited about that. He’s just hilarious.” He elaborated, “I also just directed a horror movie called Get Out that I’m editing right now. It’s a straight horror film too. It’s not in any way a comedy and it’s definitely going to push some buttons and scare the shit out of people.”