Film Review: THE OTHER WOMAN 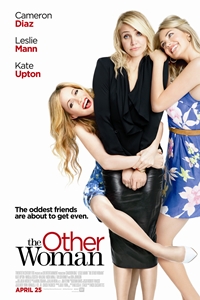 There is a moment in The Other Woman that is such a clumsy attempt at female empowerment that it almost rises to the level of parody. As the wronged wife hurls her wedding ring into the ocean her bffs glide into the scene to offer the support that only other girls can. I can’t remember what song was actually playing, but something by Wilson Phillips would have fitted nicely. 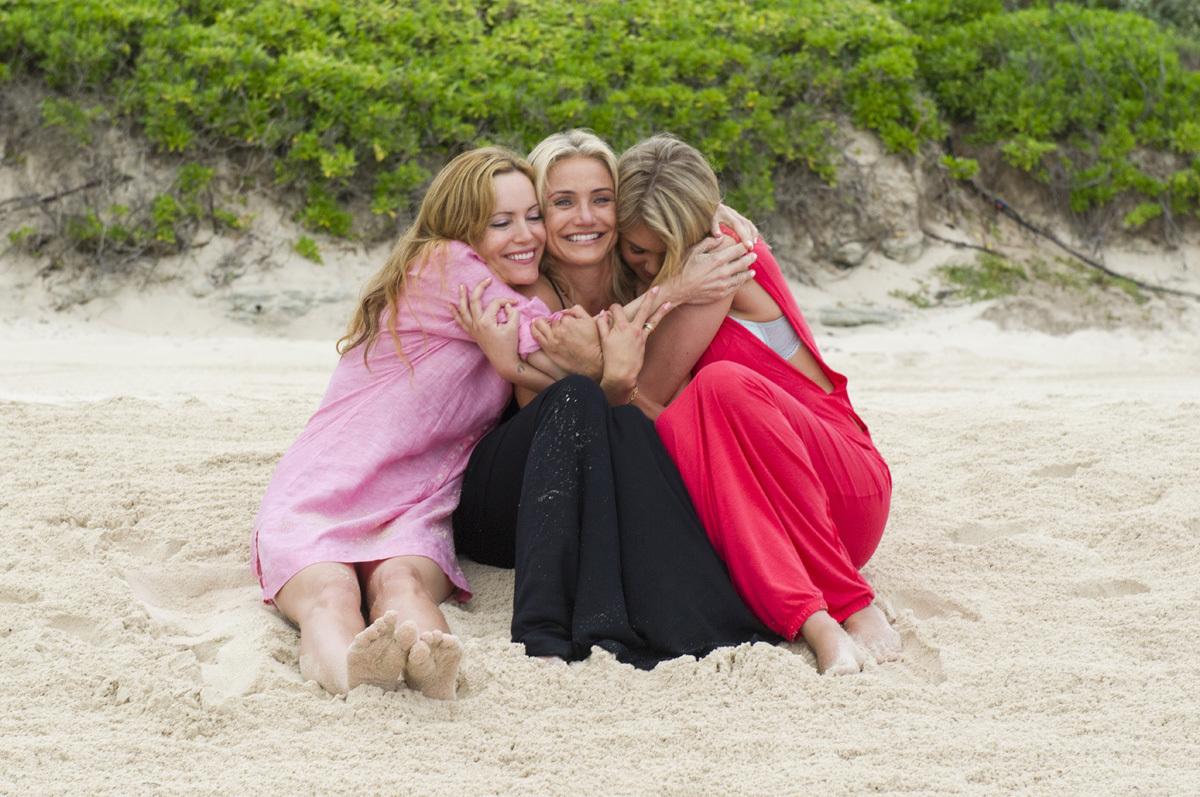 More’s the pity, because the two leads, Leslie Mann and Cameron Diaz, are both gifted comedians. Diaz plays stereotype #1, Carly, a sleekly dressed high powered lawyer, working out of a sleek office, living in a sleek apartment, ruthless and no-nonsense in her love life until she falls hard for Mark (Nikolaj Coster-Waldau). That makes it doubly painful when she discovers that Mark is married – but perhaps less painful for Carly than for Mark’s wife, Kate (Mann), stereotype #2 – the hapless and helpless housewife. Kate is a tiny, pastel-clad bundle of nervous energy. Her life has been built entirely around her husband, and facing the possibility of losing him drives her straight into the arms of his mistress, almost literally. Kate pursues a friendship with Carly in the face of very reasonable resistance, but eventually Carly is worn down and the inevitable montage of drinking, dressing up and doing each other’s hair follows. Because that’s how middle aged women help each other through life crises, I guess.

As if this wasn’t enough female bonding, Kate and Carly find that Mark has yet another woman on the side, and bring her into their sorority. Amber (Kate Upton) is nicknamed “the Boobs” by Carly and I’m sorry to report that it’s an accurate summary of her role. Upton spends a lot of time running on the beach in a bikini, and….well, that’s about it. Amber seems like a sweet enough girl, but there is absolutely nothing interesting about her aside from her physical proportions. Stereotype #3, reporting.

Kate pursues a friendship with Carly in the face of very reasonable resistance, but eventually Carly is worn down and the inevitable montage of drinking, dressing up and doing each other’s hair follows. Because that’s how middle aged women help each other through life crises, I guess. 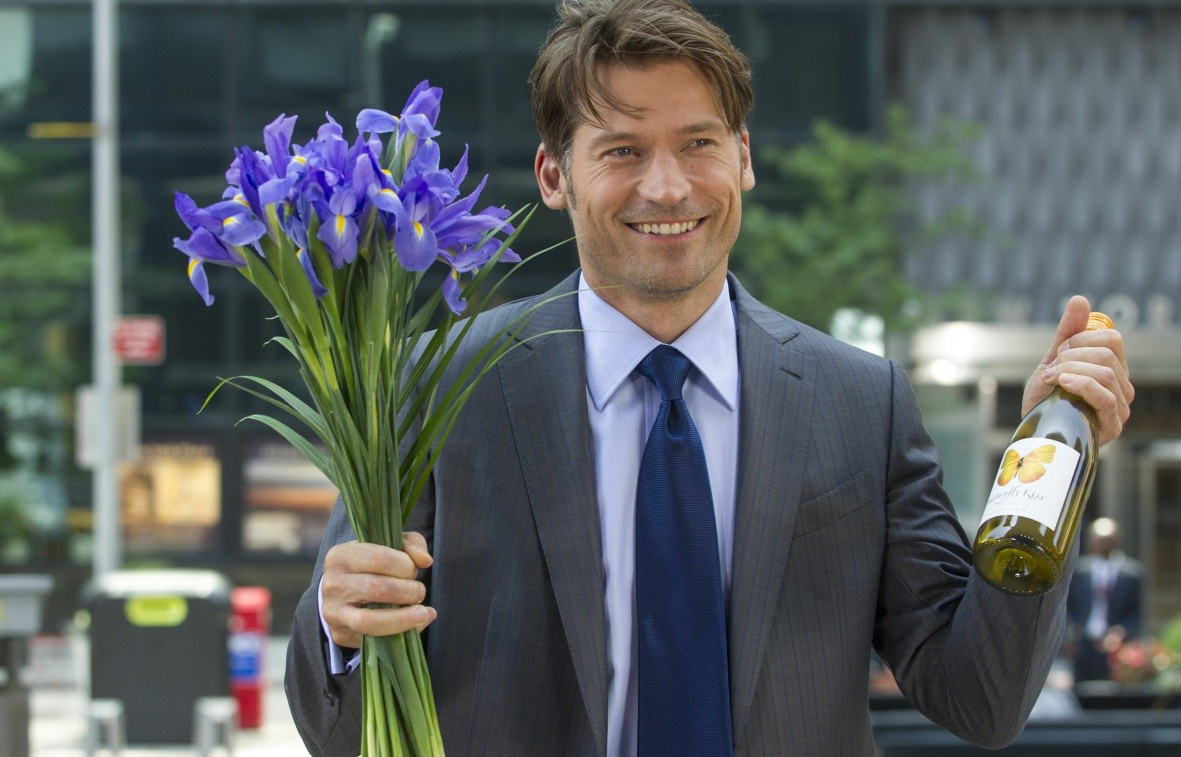 The men in the movie do not fare better. Mark is handsome in a Sears Catalog kind of way, but he’s such an obviously sleazy character that it’s a wonder any of the three women fall for him; except that they’re not real people, just cartoons of women. And so Mark is the philandering white collar cad, while Carly’s brother, Phil (Taylor Kinney), is a charming, bearded contractor – a blue collar man’s man with a heart of gold (naturally). Rounding out the inch deep male characters is Carly’s father, Frank (Don Johnson); a much married, much divorced older man who is, I think, intended to strike the audience as free spirited and sexy. I guess that’s supposed to make it not creepy when he’s hooking up with Amber. To be clear, Don Johnson is 64 and Kate Upton is 21.

There is one other cast member who must be mentioned: Nicki Minaj, playing Carly’s administrative assistant, or something. She sits at a desk in Carly’s outer office when she’s not dispensing romantic advice, so there seems to be some sort of employment involved. I don’t know that Minaj easily fits any female stereotype, but her character is as flat as a pancake, despite wearing dresses that make her look like Jessica Rabbit. And her speaking voice…if lawsuits are filed over people gouging out their eardrums during screenings of The Other Woman, I won’t be a bit surprised. 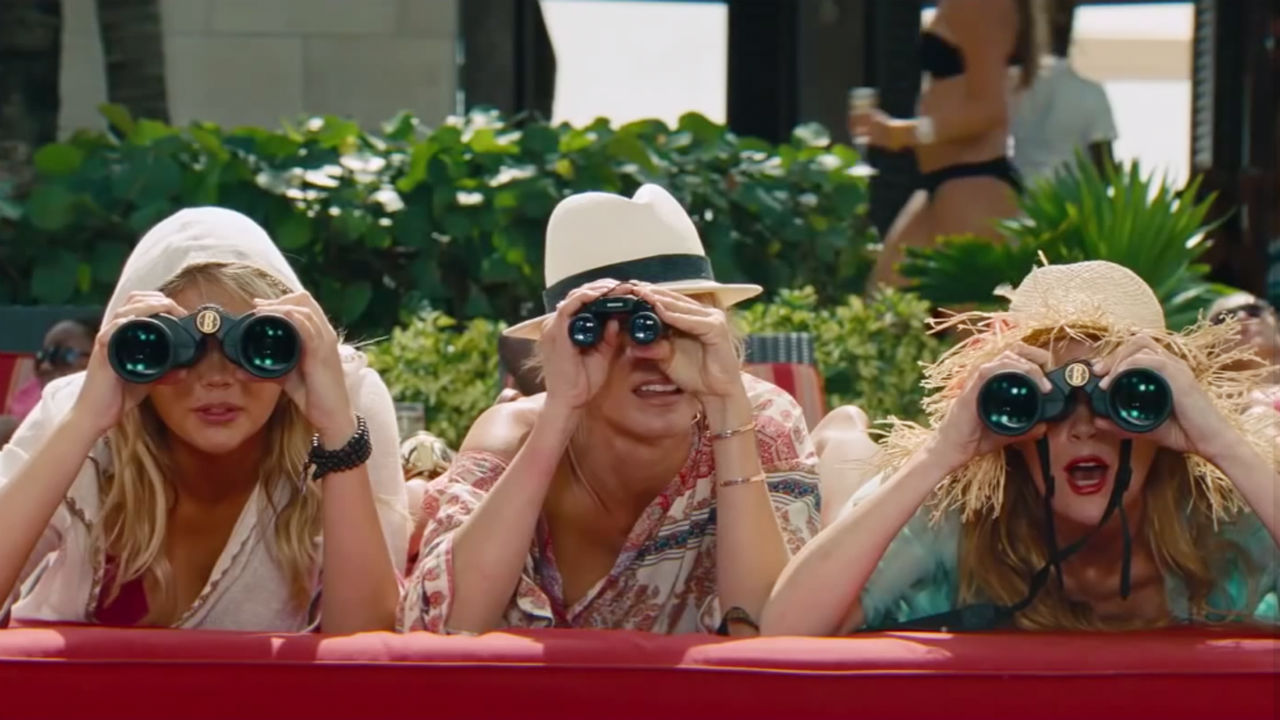 There is a plot, of course. The three wronged women band together to exact revenge on Mark in ways that are alternately infantile and only-in-the-movies ridiculous. Make him lose his hair! Mark him lose his money! While doing so, frolic in the Bahamas and wear many adorable outfits!

It’s every girls dream. It’s enough to make you want to be cheated on, just so you can have the adventure of a lifetime and come out with the best friends ever.  And also, you can learn all sorts of important lessons about yourself, and about what women really need. Because the powerful career woman needs to be domesticated, of course; and the domesticated housewife needs a spectacular career, of course. And the Boobs? Well…she’ll be happy running on the beach for a sexy older guy, because that’s God’s intended purpose for a woman with a rack like that. Obviously.

The Other Woman was directed in a workmanlike but uninspired fashion by Nick Cassavetes (best known for The Notebook).  Nothing in his approach seems particularly creative. The soundtrack stands out, but only because it is packed with girl pop anthems that reinforce how retrograde the movie’s gender politics really are. The Other Woman would have been better off committing to bawdy comedy: it’s empowerment theme is a fraud. Rather than watching The Other Woman, I suggest watching The Women, a 74 year old film about a group of female friends responding to marital infidelity. Pre-women’s movement, The Women is much the better film: funnier; with smarter, more believable characters; and with greater insight into how betrayal both drives women to each other and tears friendships apart.