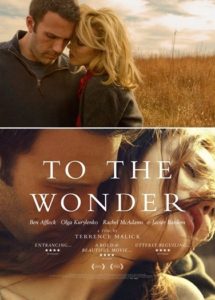 Silent film appeals to me. The medium, by definition, forces a director to tell a story through images and angles instead of expository prattle. This is one reason I tend to avoid sound film–not universally, but frequently–and take refuge in films from an era which were more about telling stories and influencing one’s emotions through the flickering image on the screen.

To the Wonder does just that. At times, it seems a silent film since the images you see are far more important than the spoken word you hear.

Visually, the movie is incredible. One sees beautiful sunsets, fields of grain, the simplicity of small-town life and the realistic depiction of people. Nothing is too-easily resolved; the film juxtaposes the beauty of life with its chaos and heartbreak even in the lighting and presentation of sets.

Most of the interiors have very little furniture. Only the essentials are present, making the interior of the church one of the most inviting-looking places in the entire film. 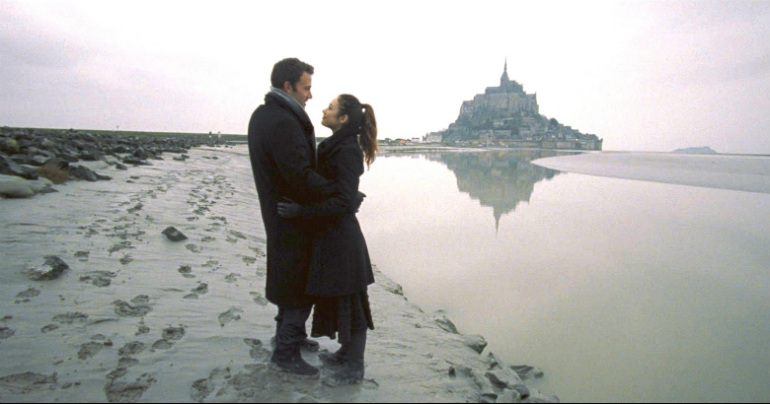 Ben Affleck plays a man in search of himself. You first meet his character on a train in Europe somewhere, with a young woman played by Olga Kurylenko. They are clearly in love–the intimacy of almost every moment in the first ten minutes of the film points to what is such a universal longing in the very core of our being as humans. Kurylenko’s character is beautiful and sensual, but not in a hyper-sexed, Hollywood way; she is clearly a woman who loves life and the feel of the sun, the breeze, and family.

Affleck’s character is a wonderful foil to Kurylenko’s. He, too, is sensual–drinking her in very affectionately. As is so common in this part of the 21st century, he wants to love his woman without the security (or rather the constraint) of marriage. We see two people in love but who struggle to love with nothing but their morning-by-morning resolve to bind them together. It’s a happy life for most of the time. 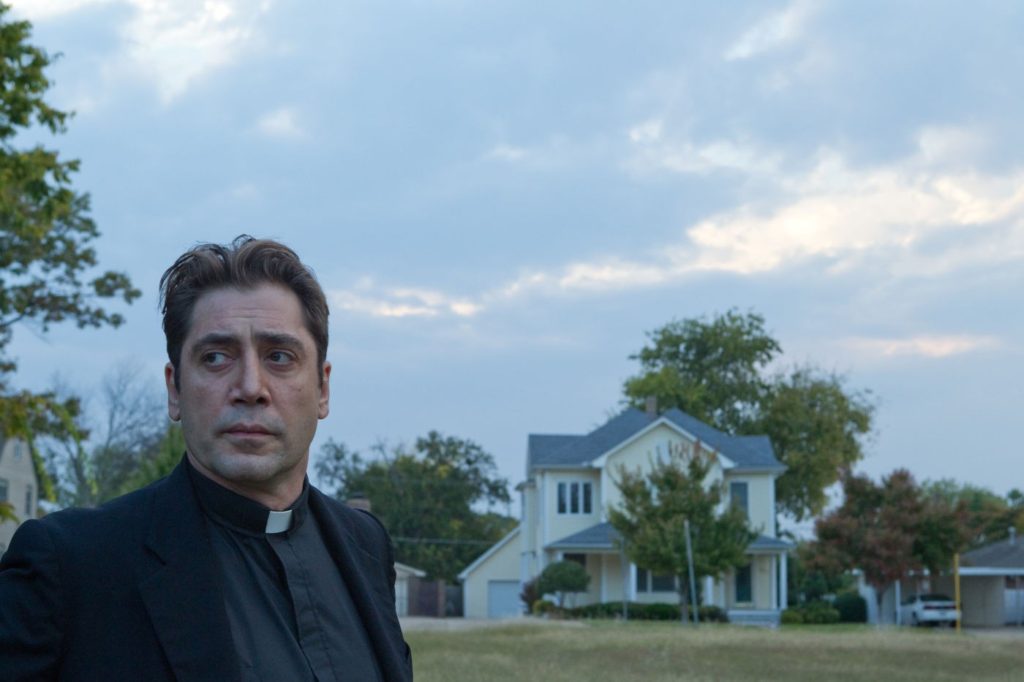 Kurylenko goes to a local church led by a priest, played wonderfully by Javier Bardem. He struggles with some of the big questions of life: faith, joy, and love. You see him interact with the beauty of a wedding and the squalor of complete poverty.

His musings on life and God are simple and heart-wrenching as he confronts the brokenness he sees all around. This brokenness is so intense that it even causes him to lose sight of the beauty he regularly sees.

You might have noticed that I didn’t use a single character’s name. They have names, of course, but none of them are terribly important to the forward motion of the story. It reminds me a great deal of another film I love called Sunrise. In the opening credits, the characters are referred to only by their titles: “The Woman from the City,” “The Wife,” etc. While Terrence Malick doesn’t go quite that far in the presentation of his characters, they are certainly in some sense the everyman.

One could place this story-line in almost any era and it would work beautifully because the emotions driving the story are so central to who we are as humans. With each new experience, the audience is carried along, in the waves of life’s ebb and flow, shaping and reshaping the sand it touches. I recommend it for its beauty: its visual impact and its representation of the world in which we live–broken and beautiful.