The Extra O Is For Stupid 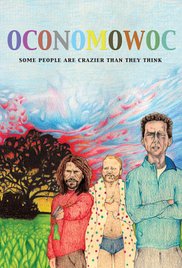 Oconomowoc is a parade of children who know they are wearing funny hats. Or sad hats. Or just hats and they want you to marvel at how hatty their hats are. It is every scene and alternate take duly deleted and destroyed from Bottle Rocket, Napoleon Dynamite, and Garden State. Yet, stubbornly, in defiance of higher standards, it exists. Its title may look like a typo, but make no mistake, this entire movie is a typo.

To answer the $64 question, Oconomowoc is the name of the small Wisconsin town that serves as the backdrop for the (lack of) action. Lonnie Washington (Brendan Marshall-Rashid) is an aimless, adultescent returning to Oconomowoc, having just turned down a promising job offer elsewhere and stopping by the Zach Braff School of Ennui on the way home. Lonnie is unable to tolerate his stepfather Todd (Andrew Rozanski), a tubby Pollyanna swaddled in a polka-dot bathrobe who, though only a year older than his stepson, misses no opportunity to recount to him his sexcapades with Mrs. Washington. Lonnie’s enterprising friend Travis (writer/director Andy Gillies) tries to recruit him into his ill-conceived T-shirt business, a throwaway subplot kind of absurdity that ends up being most of the movie actually. Before things get any more pointless for Lonnie, he meet-cutes wanton pharmacist Mallory (Cindy Pinzon). She—in the tradition of slacker romances—is inexplicably forward and available to Lonnie; her mouth is filled with words no woman at any point in history in any universe, parallel or otherwise, has ever thought much less said.

Will Lonnie and his zany stepdad reconcile their relationship? Will Travis’ business get off the ground? Will Mallory keep putting up with Lonnie’s baffling lack of ambition and personality? Are you willing to sit through 79 minutes of muddled, amateurish dreck to find out? 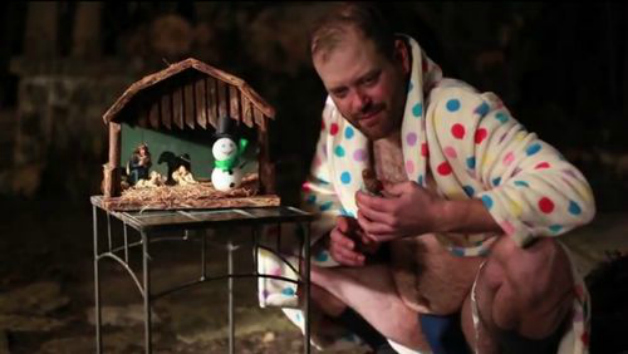 Every character is either all personality or no personality; the acting mumbled or mugging; the dialogue—ostensibly the only thing that shouldn’t be hamstrung by a shoestring budget—drifts between improvised and forced. Every soul in this solipsistic story speaks with the exact same voice. Close your eyes and listen to writer/director Andy Gillies have a pretentious conversation with himself. Slap on YouTube-level production value and  a self-made soundtrack and Oconomowoc sets new standards in underachievement.

Perhaps it’s all one big joke on failure. Maybe the movie itself is a sort of meta-comment on the aimlessness and incompetence of the boomerang generation and each crass quip, tired plot device, and spottily acted, out-of-focus scene lowlights the shortcomings of that humdrum, thirty-something cohort. If so, mission accomplished.