I grew up in the 80’s. I was almost 10 when Ferris Bueller’s Day Off hit the big screens. 30 years later as an almost 40 year old I’m still in love with Ferris. Ferris is the ultimate teenager, Cameron is loyal, Sloan Peterson is the coolest and Jeanie’s brooding sass is on point. I want to be their friend, in that clique! I want that perfect day, cruising through downtown Chicago in a Ferrari, eating pancreas and dancing on a parade float. What makes Ferris Bueller’s Day Off a classic? Well, let’s take a look at a couple of reasons why it’s one of my personal favorites and hopefully along the way you’ll experience a little nostalgia and have your own little Ferris Fest today on it’s 30th anniversary. 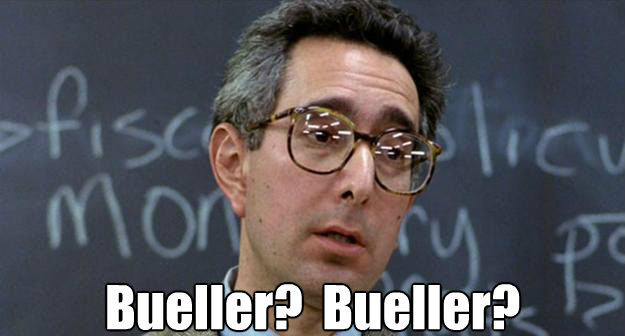 If Barbara Bush (The mother of W… She’s really old.) uses your movie quote during a commencement speech at Wellesley College then you know you’ve adequately infiltrated society.

“Life moves pretty fast. If you don’t stop and look around once in a while, you could miss it.”   Ferris Bueller

“I did not achieve this position in life by having some snot nosed punk leave my cheese out in the wind.”   Ed Rooney

“I’m not European. I don’t plan on being European, so who gives a crap if they’re socialists. They could be fascist anarchists and it still doesn’t change the fact that I don’t own a car.”   Ferris Bueller

“They all think he’s a righteous dude!”   Grace

“A person should not believe in an -ism, he should just believe in himself.”   Ferris Bueller

What’s your favorite line from Ferris Bueller’s Day Off? “Anyone? Anyone?” There are so many good ones, I’ll just keep using them through out the rest of this article. And it’s not a quote but can we talk about that car song? Oh Yeah!

The Soundtrack Is So Choice!

The film’s most important musical gift came though popularizing the Swiss band Yello’s song “Oh Yeah”. Listen to that song and tell me you can’t hear the 80’s! Played while the camera lingers over Cameron’s dad’s 1961 Ferrari 250 GT California Spider, Oh Yeah became the music everyone imagines with their ultimate fantasy. It has become synonymous with lust! “Chikah-chi-kaaah!” Sadly John Hughes never released a Ferris Bueller’s Day Off soundtrack. He said, “It didn’t flow”. Even still the songs have remained staples of pop culture.

Ferris Bueller’s Day Off reintroduced Wayne Newton’s Danke Schoën to a whole new generation and It sent the Beatles’ recording of Twist and Shout soaring back up the charts. And every time I hear The Smith’s Please Please Please Let Me Get What I Want I think of a Seurat painting or a Chagall stained glass window. (PS… It’s Awesome living near Chicago and being able to meander through the Art Institute! Che Bella!) PTL John Hughes had great taste in music and he used it in Ferris Bueller’s Day Off like a boss! 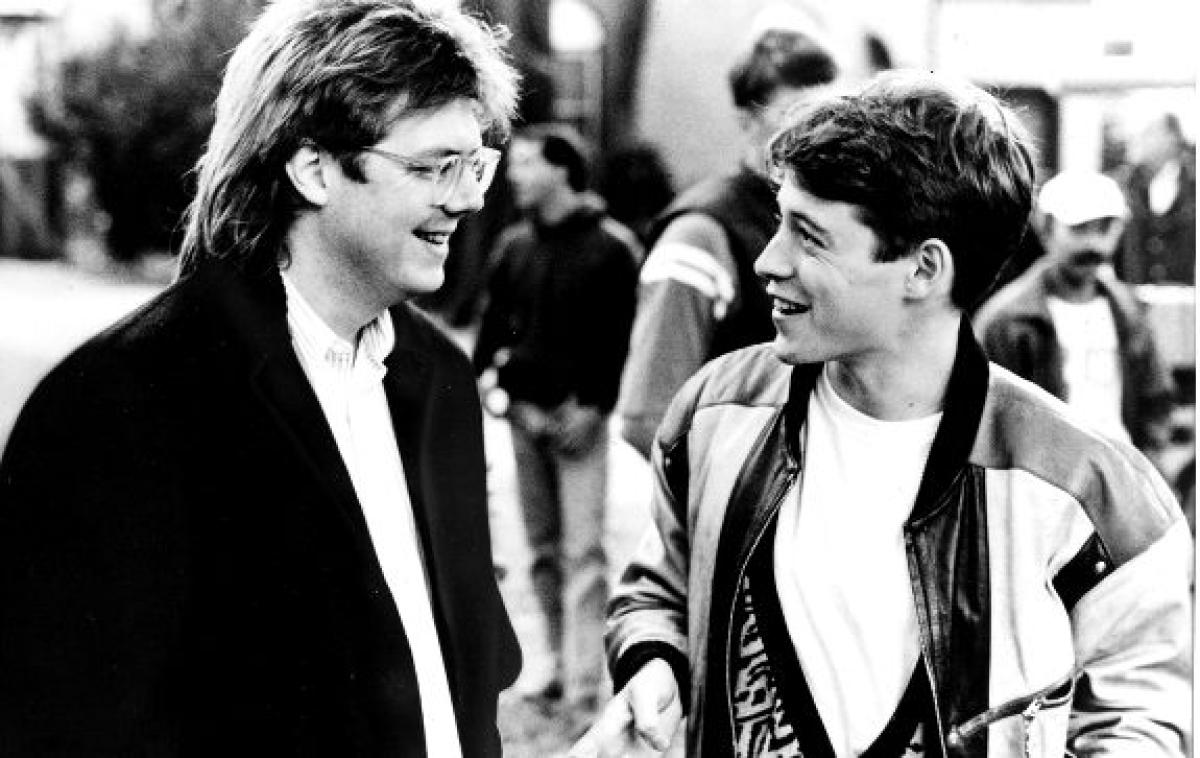 Can We Acknowledge The Brilliance Of John Hughes?

The way John Hughes stylishly disguises relevant teenage problems within what is basically an anti-authoritarian joyride is genius! He’s taking on Carpe Diem, teen angst, an identity crisis and escapism all in one shot. Pairing idealistic and fearless Ferris with alienated and anxiety ridden Cameron so they can learn about their identity is a power punch to the teen comedies we see today. Is Ferris selfish or sacrificial or both? Man, I miss John Hughes! And let’s not forget little sis Jeanie, aka Shauna. A coked out Charlie Sheen tells her that “Your problem is you!” after she explains why Ferris makes her so angry. This is not mindless fun, it’s thought provoking fun and that makes all the difference.

John Hughes’ style in Ferris Bueller’s Day Off has been mimicked since 1986. Whether you like it or not breaking the fourth wall is a powerful tool in film. While John Hughes didn’t create this technique Ferris Bueller’s Day Off did popularized the idea and used it perfectly. So all you Frank Underwood fans and Deadpool lovers can give mad props to larger than life Ferris. Ferris Bueller’s Day Off was also a “Post Credit Scene” pioneer. I personally love this because it causes audiences to stick around and watch the credits. Marvel and Pixar obviously took notes on how effective this can be and how it enhances a movie. It’s also fun to see reference to films in other movies, after all Hollywood does love itself. Ferris Bueller Easter eggs can be found in Easy A, Election, almost every Kevin Smith movie and most recently in Shaun The Sheep The Movie. (Two of my favorite things came together and it was totally dope! If you are a Ferris fan, watch Shaun The Sheep The Movie and feel the joy!) All of this has cemented Ferris Bueller’s Day Off as a permanent part of American pop culture.

Let’s Imagine What Ferris Bueller’s Day Off Would Look Like in 2016?

It’s the weekend before Thanksgiving and Mr. Bueller wants to skip work and pull a fast one on an incompetent boss. And no he’s not a Fry cook on Venus… he’s  in technology. Calling in sick works just the same as an adult as it did as a teen, “It’s a little childish and stupid, but then, so is adulthood!” He’d also have to deceive his wife Sloan, remember he asked her to marry him when he was a senior in high school so, it probably worked out. “The boss is making me go on a over-night business trip to Bloomington, Illinois” or somewhere boring, meanwhile he’s figured out a way to commandeered the company jet for the night and he and Cameron head off to New York City. #Squadgoals!

Cameron is still in the throws of life, he’s getting a divorce and he insists on singing “When Cameron was in Egypt’s Land… Let my Cameron go!” They watch the Yankees play, they catch a Broadway Musical… maybe The Producers, and they go clubbing. And this is the point where Cameron becomes catatonic because he realizes the divorce will leave him completely broke. Somehow the company jet gets called back to Palo Alto without them, I told you he’s in technology, and the duo has to figure out how to get back across the country using Amtrak, Greyhounds and rental cars all before Thanksgiving. And this is when we realize that Planes, Trains and Automobiles is really the story of Ferris Bueller at age 48. Danke Schoën!