A Documentary Involving Questions of Ownership and a Mummified Leg! 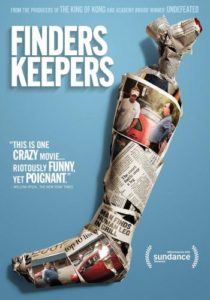 Shannon Whisnant is a small town budding entrepreneur always looking for an angle to make money.  He is a charismatic character that believes he is bound for great things.  Little did he know that one purchase would lead to one of the most bizarre tales around.

Directors Bryan Carberry (who has directed one T.V. short) and J. Clay Tweel (an associate producer on King of Kong: Fistful of Quarters) bring this bizarre story to the screen culminating with a legal showdown in the T.V. courtroom show “Judge Joe Brown“.

The purchase that led Shannon Whisnant into the public eye was something out of Storage Wars, the reality-show where people bid for storage lockers that are being reclaimed by the property owners since the renters haven’t paid their storage fees to keep their possessions.  Shannon Whisnant buys such a storage locker and begins to go through it seeing if there are any objects of value with which he could sale at a local pick-up truck based flea market where everything is sold out of the back of one’s truck.

As he lifts the lid to get a closer look at a BBQ grill that is in the newly purchased locker, he finds a partially mummified leg.  At first he is taken aback, but soon this entrepreneur is using this new find to bring him fame and notoriety culminating in using it as a mascot for his own BBQ venture.

The only problem is that this leg belongs to John Wood.  John was part of an airplane crash that claimed the life of his father, as well as the leg in question.  John, whose well-to-do family had cut him off due to his substance abuse problems had placed his mummified leg into the grill and stored it, with his other possessions, when he fell on hard times.  Unable to pay the monthly bill to store it, and thinking his family would help him out, the storage unit was never paid and thus auctioned off his locker and its contents.

The rest of the documentary introduces us to both John and Shannon’s take on the question of “who owns this leg”?  Is it the man whose leg it was before it was taken from him in the airplane accident? Or is possession really 9/10ths of the law, and does it now truly belong to the man who purchased the contents of the locker and who is using it for his own business ventures? 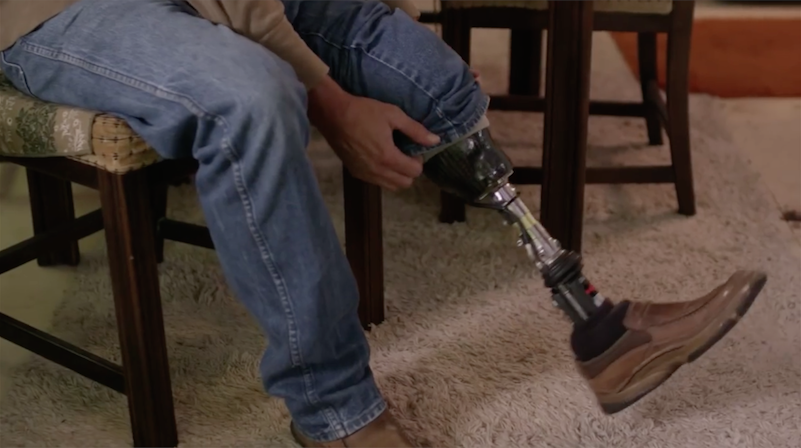 As with King of Kong: Fistful of Quarters, this story really will be decided by the audience on the basis of which man they sympathize with more.  The film plays this up, with some obvious manipulation through the editing process, to great effect to build the drama as it leads towards the ultimate showdown.  With the town divided, and no end in sight, the two men agree to appear on Judge Joe Brown’s show, whose ruling on television will be binding.

While this is a fascinating story, and never as gross on screen as the premise sounds, it ultimately is really an oversized reality-based television story that could easily fit into a Storage Wars marathon on a cable channel.  Where King of Kong: Fistful of Quarters told a story and let the chips fall where they landed a bit more, Finders Keepers utilizes the latest reality-based editing to heighten the drama in what is already a fascinating tale.  This is a shame, because it weakens the documentary into something else entirely.

Despite this, the story is still interesting, and the larger legal questions it raises on ownership and possessions, are ones that deserve to be heard and discussed.  Finders Keepers opens in select theaters like The Alamo Drafthouse, as well as video-on-demand (VOD).