Max on Movies: THE FOUNDER 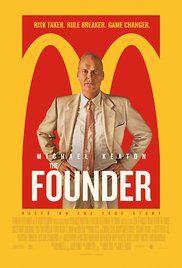 Hiya chum, I’m Ray Kroc, a traveling salesman from Illinois and I’m damned glad to meet ya. I’m making my way city to city selling a new multi-mixer milkshake maker, a piece of equipment that will surely increase sales for your eatery, if you’d only give it a chance. If you increase supply, demand will follow, it’s a chicken-and-the-egg thing, you understand don’t you? Of course you do, you’re a smart 1950’s businessman. Let’s make a deal!

It’s hard to believe that a salesman who endured so much rejection would go on to change the face of our country, but that’s exactly what Ray Kroc achieved. The dubious manner in which he went about making his fortune is chronicled in The Founder. 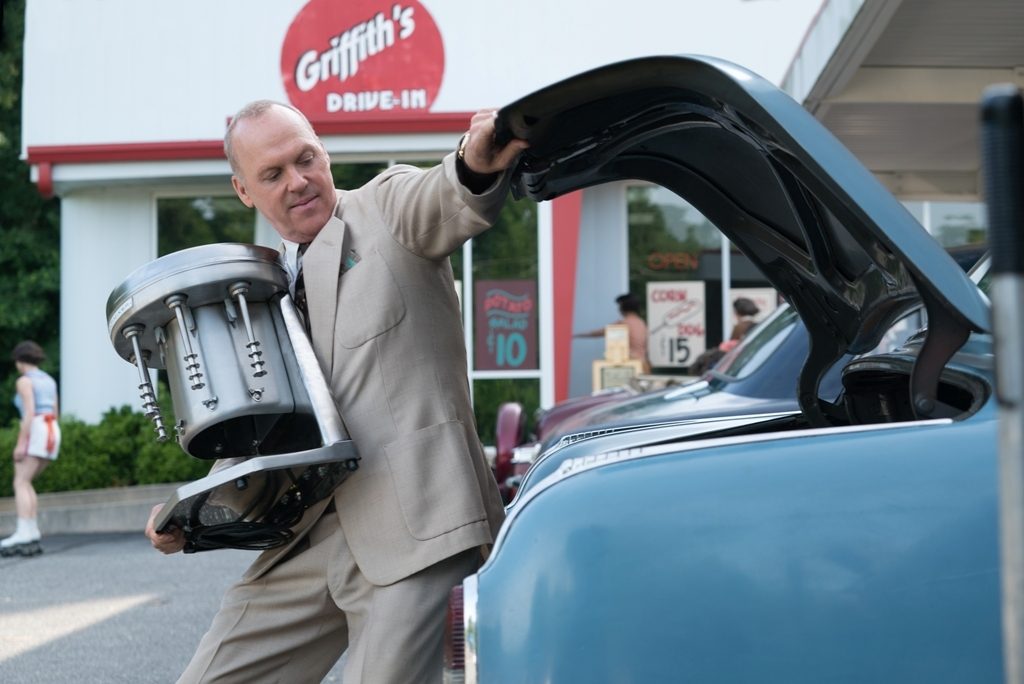 Keaton’s Kroc can’t sell the five-shake machine at the start of THE FOUNDER.

When a diner orders a large amount of his milkshake makers, Kroc (Michael Keaton) decides to investigate. He travels to Southern California and meets Dick (Nick Offerman) and Mac (John Carroll Lynch), the McDonald brothers.

The story of Ray Kroc is a fascinating one, as he paved the way for fast food franchising as we know it and, for better or worse, changed the way a lot of people get their food.

Kroc is immediately impressed with what the brothers have created: an assembly line-powered diner with a walk up window and lightning fast turnaround. By the time you’ve paid for your order, your food is ready.

Kroc knows this is a game changer and implores the brothers to franchise. They are hesitant because they tried to franchise in the past and couldn’t maintain quality of the food and service, but they agree to put Kroc in charge and try again. 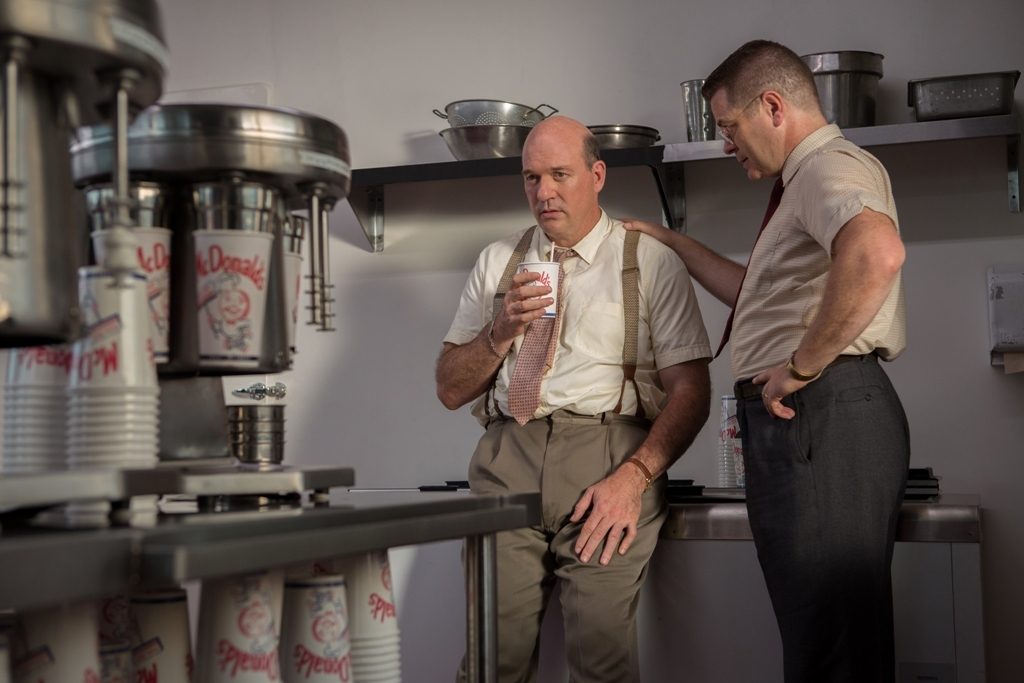 Kroc’s wife Ethel (Laura Dern) doesn’t share in his enthusiasm for McDonald’s, as she believes this to be just another one of his harebrained schemes. The McDonald brothers don’t necessarily trust him either, but they want their business to be successful and they believe he is the go-getter that can take them to the next level.

As more McDonald’s pop up across the country, Ray meets Harry Sonneborn (B.J. Novak), a financial consultant who explains that Ray should be focusing less on hamburgers and more on real estate. This is when Ray starts wrestling the company, and even the family name, away from Dick and Mac McDonald.

Even if you’re a vegan, the story of Ray Kroc is a fascinating one, as he paved the way for fast food franchising as we know it and, for better or worse, changed the way a lot of people get their food. It feels like the movie is a bit too kind to the McDonald brothers, painting them as paragons of altruistic Americana, while Kroc comes across as a crooked, selfish swindler. I’m not saying either is inaccurate, just that the truth is most likely not that easy.

The Founder doesn’t cover any of the Post-Kroc era, so we don’t see the creation of Happy Meals or McDonaldland or Mac Tonight. The pacing is slow and it’s not a visually stimulating movie, but Michael Keaton’s performance proves dazzling enough in the story of the man who knew there was indeed gold in them there arches.