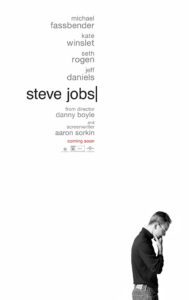 Sometimes a film’s positive reputation stems from something specific – a sharp script, a striking performance, a unique directorial vision. It’s a rare gift when a movie offers across the board excellence, but Steve Jobs is one of those rarities.  The story of Steve Jobs and the rise of Apple has already been told on screen multiple times, in documentaries (Triumph of the Nerds, Steve Jobs: The Man in the Machine) and dramas (Pirates of Silicon Valley – and the most direct parallel, 2013’s Jobs, starring Ashton Kutcher). This new project from director Danny Boyle stands out by narrowing its vision. It’s not a broadly told story – not the epic history of one of the most influential companies in American (or world) history. It’s not even a full life story. Instead, it’s a tightly structured examination of Job’s relationships to just a handful of people – of the connectivity issues of a man who describes himself as “poorly made”.

Michael Fassbender’s Jobs is charismatic, supremely self-confident and utterly self-absorbed. Steve Jobs is framed around three product launches: the 1984 public debut of the Macintosh, the 1988 introduction of the NeXT (during Jobs’s years in Apple exile), and finally, the 1996 launch of the iMac. All of the personal drama, all of the unfolding relationship and career crises that the movie details, are framed around these three performances – and performances they are. The movie makes clear how much hype, bluster, and misdirection is involved in selling the public on the “the next best thing”, and how much Steve Jobs’ cult of personality enabled him to play audiences like a violin. Or rather, to use the movie’s chosen metaphor, Jobs is the conductor. Describing his role at Apple, Jobs says, “The musicians play their instruments. I play the orchestra.” This may be so, but it also means that everyone else exists only to serve him, to play their instrument and take direction. 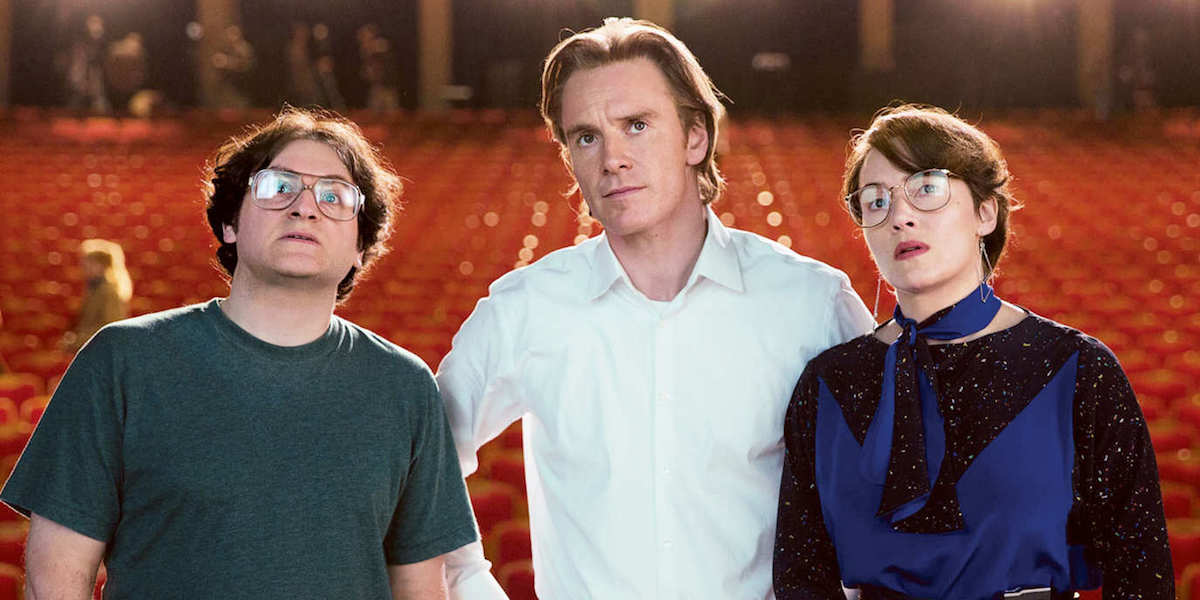 Steve Jobs, as portrayed in this movie, is not an easy person to love, and a nearly impossible person with whom to work. His original partner, the genial and decent Steve Wozniak (Seth Rogen), unsuccessfully implores Jobs to share credit with his collaborators. The CEO of Apple, John Sculley (Jeff Daniels), learns just how dangerous it can be to serve as Jobs’ father figure. Joanna Hoffman (Kate Winslet), who describes herself as Jobs’ best friend and “work wife”,  reasons, pleads, intercedes, and occasionally threatens to quit in an effort to keep Jobs grounded in reality and employed. Most painful to watch, though, is Steve Jobs’ callous treatment of his oldest child, Lisa (played by three different actresses as the character ages). Everyone in his orbit realizes that Lisa is the innocent victim of Jobs’ narcissism – everyone but Jobs himself, who spends the first two acts of the movie trying to get rid of her, and the last trying to mend fences with her as much out of pride as out of any genuine regard for his daughter. 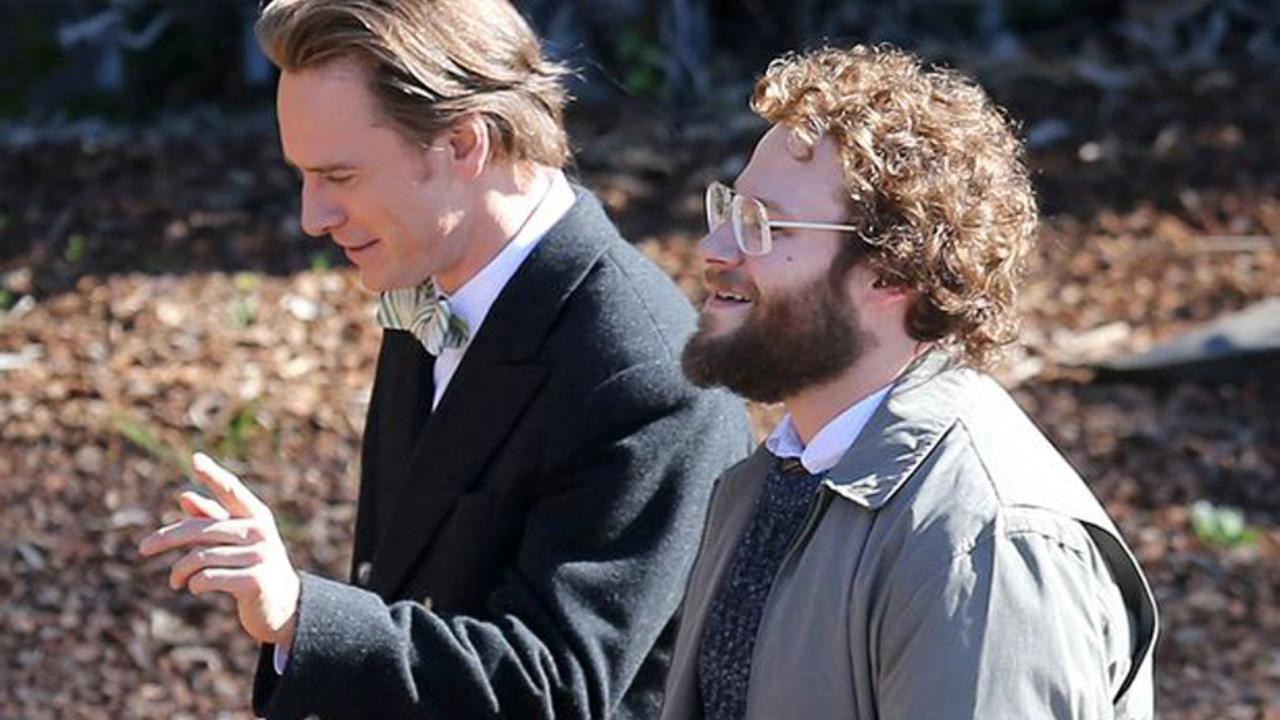 The movie does offer a motive, a psychic wound that may explain why Jobs was – like his dream machine – “closed off, end to end”, “almost completely incompatible with any other system”. It’s not enough to make him sympathetic, though; not when he’s surrounded by loyal friends and colleagues who treat him much better than he deserves.

The script, by Aaron Sorkin, is utterly Sorkian: bristling with energy, acidity and wit, and filled with scenes of Sorkin’s famed “walk and talk”.

It is rapid fire and dense, but nothing seems wasted. The performances are outstanding, without a weak one in the bunch. Boyle directs the story as a musical composition: three movements with recurring motifs, and (like Jobs, perhaps) Danny Boyle knows how to conduct the cast and crew in order to best enrapture his audience. Cinematographer Alwin Küchler even switched film format in each act – from 16 mm, to 35 mm, to digital – the better to evoke the technological and cultural changes Apple was helping to normalize. The sound production in Steve Jobs is beautifully executed, too; a perfect accompaniment for Sorkin’s script. It’s an interesting and compelling choice that in a film about a man who could seem so cold and impersonal, the dialogue sounds so warm, human and even musical.

Is this brutal depiction of Steve Jobs’ character accurate? That’s in dispute; certainly the framework of the film is self-consciously artificial, and perhaps the script makes Jobs more of a flawed Shakespearean figure than he really was. I’m not prepared to evaluate the movie on it’s treatment of the historical figure of Steve Jobs. But as a movie about a brilliant but deeply broken man it is terrific filmmaking.