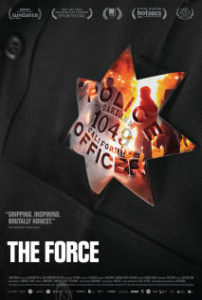 Policing has been one of the highest profile social issues of the last several years; certainly since the Ferguson protests of 2014.  The Oakland Police Department was grappling with its internal problems long before Michael Brown’s death, however.  A 2002 negotiated settlement with 119 plaintiffs (victims of police beatings and planted evidence) brought the department under federal oversight, followed a decade in which little progress seemed to be made.  Director Peter Nicks started following the department’s progress in 2014, one year into the tenure of a Police Chief Sean Whent, a reform figure who emphasized transparency, community relations, and accountability.  The Force is the resulting documentary, an initially encouraging picture of a ship being turned around.  Unfortunately, real events served as the unforeseen iceberg, making The Force less more cautionary tale than inspiration. 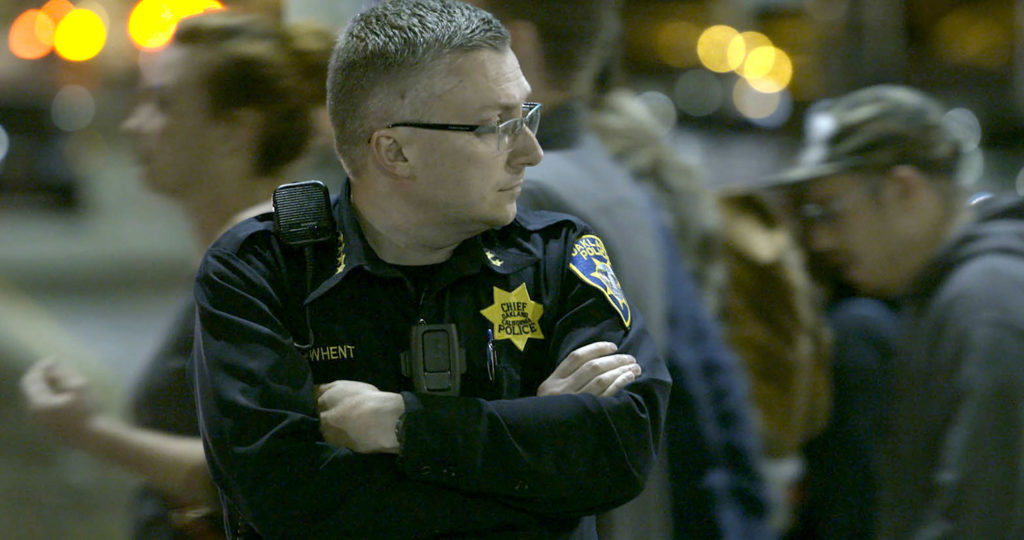 Nicks (The Waiting Room) served as his own cameraman and used a detached, observational style in making The Force.  There are no interviews, no commentary, no one is talking to the camera.  Parks simply gives the viewer a fly on the wall view of police training, interactions with public, meetings to discuss departmental PR – and for some sense of balance, footage of protesters and activists as well.  Whent seemed to lead his department in a positive direction, with a dramatic drop in police involved shootings serving as confirmation.  The messages communicated to officers in training seem like the right ones:  that “good cops” don’t cover for bad ones; that the public has a right to demand an accounting for the use of force; that in the age of camera phones, one irresponsible officer can damage an entire department’s relationship with the community. 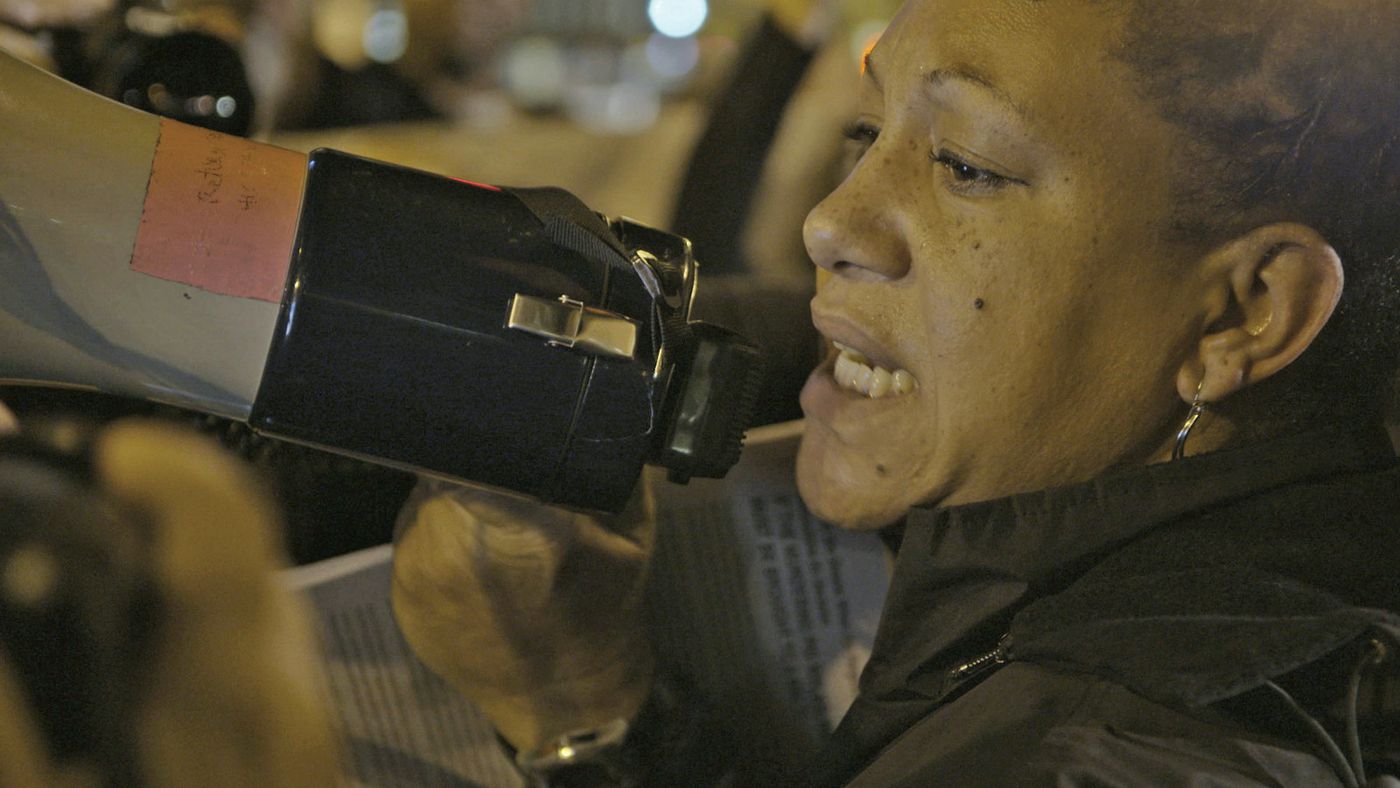 There are troubling notes, though, particularly a scene in which officers debate a video of a deadly shooting.  It’s not simply that these newly minted officers debate whether 13 shots was necessary to “neutralize the threat” of a man with a knife.  It’s watching the face of a young, black, female officer as she tries to object to the shooting.  She is interrupted and talked over until her expression turns to resigned anger and we sense the undercurrents of what Oakland’s mayor will later call a “toxic macho culture” in the department.  The toxic macho culture is on full display in what seems almost a coda to The Force.  After a behind-the-scenes view of the police department’s reform efforts over a year and a half, Nicks suddenly found himself watching it collapse into chaos in a matter of weeks.  16 officers were implicated in a scandal involving sexually trafficking a minor, and Whent was forced to resign – allegedly for having tried to conceal the scandal and thus preserve the department’s improved reputation.  Within nine days, two other chiefs had been appointed and either resigned or been fired, and the steps toward improved community relations evaporated. 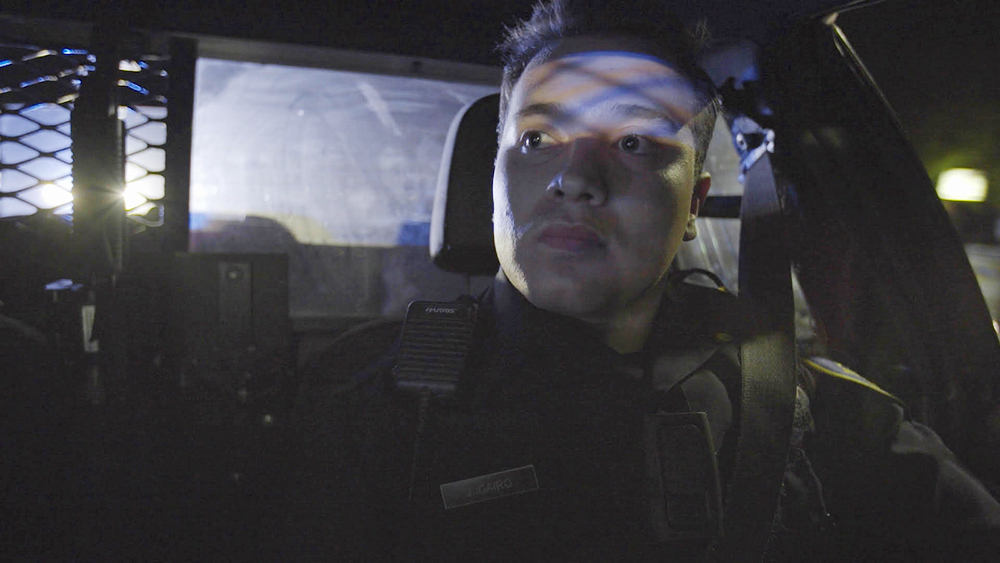 It’s a gutting ending to the documentary, especially in light of other police department scandals around the country (Baltimore, for one recent, egregious example).  Whether it was his intention in the beginning or not, Nicks leaves audiences with the question of whether real, lasting change is possible; or whether there is something unfixably rotten at the core of American law enforcement.  That question has come to divide even activists – some of whom continue to lobby for practical steps like body cams and civilian oversight boards.  Others, however, have reached a conclusion expressed by Oakland activist Cat Brooks in The Force who says, “We do not believe that police departments can actually be reformed….this system will never work for us.”  Another community member is taken aback by Brooks’ words and replies, “If there is no hope, why the f*** am I here?”  It’s a question that protesters, activists, reformers, and even police officers are asking more and more often.