By this point, for those of you who have either read the books this series is based upon, or have watched all of the films thus far, I will probably not be able to change your mind about my loathing of this film series.  Each entry only hardens my resolve to be brutally honest about a series that holds itself up as a symbol of female empowerment while actually doing everything it can to send women back into the shadows where the Harvey Weinsteins of this world would be free to use their power and money to exploit women everywhere.  If the #MeToo movement is ever going to truly succeed in Hollywood, then it must do more than just create a new environment (though that’s a great start).  No, it must also look at the stories being told by Hollywood in the name of female empowerment and truly evaluate whether it is actually providing what it is advertising, or hurting its cause.  On every front, the Fifty Shades trilogy is falling short of this standard.

In my previous review for Fifty Shades Darker, the 2nd film in the series, I recounted examples of the feminist failings of these films.  One example is that the director is a male, using his camera to continually exploit female sexuality through the filter of the predatory male gaze, particularly focusing on the character of Anastasia Steele (Dakota Johnson).  Curiously, with an audience of mainly middle-aged women who gleefully refer to the stories as #MommyPorn, there is very little exploitation of the male form in the films, particularly that of Christian Grey (Jamie Dornan).  Women in these films are still seen as helpless little play-things. Especially to a man like Christian.  Men are the ones who get to ultimately make decisions that matter.  Christian won’t even let his wife drive his car until he’s seen that she can successfully call out another woman that she is jealous of.  Anastasia is also still being kept from her friends (another disturbing thing I’ve covered in the past), and only on Christian’s terms may she hang out with them without incurring stiff consequences (not the kind you might think a film like this might mean by that statement). The dialogue is still terrible, as are the plot points.  Anastasia and Christian have just been married.  Christian still owns the publishing house she works for (while the script still has her arguing that she got to where she is through hard work, after the films all show that she is being promoted based on who owns the company).  They get back from their honeymoon, and she has no idea she’s been promoted.  This promotion is offered as the reason her office has been completely redecorated without any of her input.  Apparently someone else changes everything in your office when you get a promotion and, more importantly we learn, that you automatically get promoted in absentia. 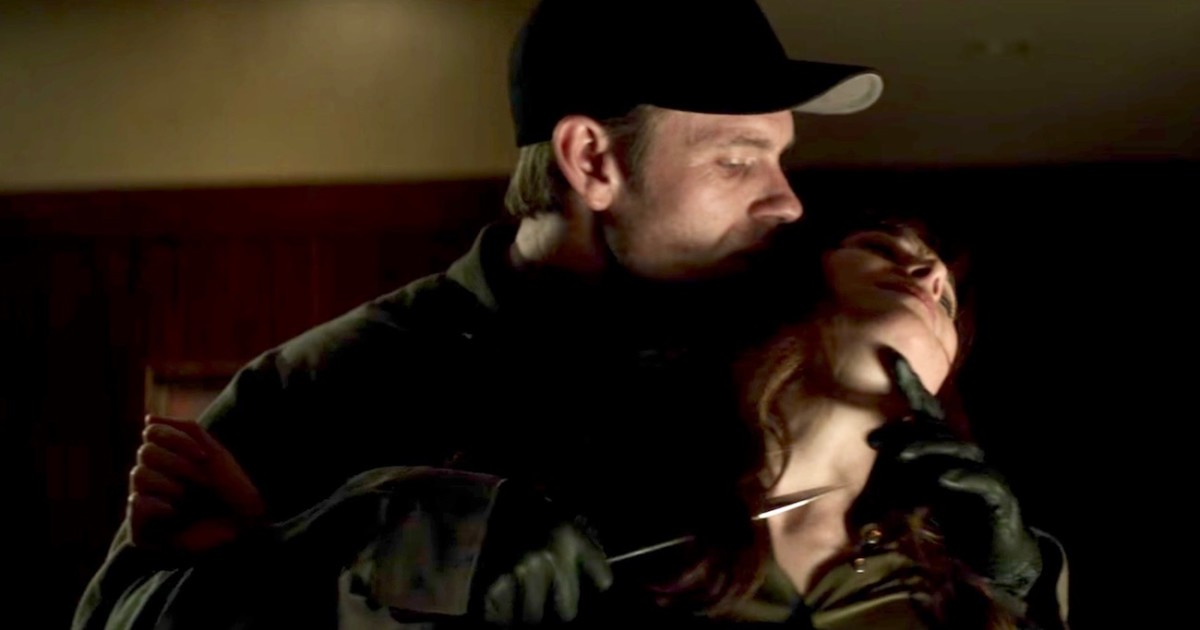 More false drama rears its ugly head as Ana’s former boss, Jack Hyde (Eric Johnson), who tried to sexually attack Ana in the last film, apparently is able to now slip in and out of highly protected buildings and not only detonate explosive devices, but he can also steal files, bring down helicopters (last film plot point we learn he is responsible for), evade security details while driving a Dodge that keeps up with an Audi.  He can also kidnap people under security protection, miraculously get out of jail on a $500,000 bail, and more.

There is still no chemistry between the two leads, though its is stronger than before.   Well…is it?  I mean the heat these two generate doesn’t even melt the ice cream Ana tries smearing on Christian one night. This is the only sexually-themed film I think I’ve seen in recent years that shows the two main stars getting icier and icier the more steamier the scenes are supposed to be.  You thought the weird lip-stick heart-box drawing Christian drew on himself in Fifty Shades Darker was crazy….how does ice cream not melt?  (I’m sure it did…it had to…..right?) Also, why does Christian try to carry Ana nearly everywhere they go? What makes a film like Fifty Shades Freed so difficult to review is that at some level, this film wasn’t trying to be more than what it put up on screen.  It is just that what is being put up on the screen doesn’t resemble a film.  Maybe a cheap soap opera with terrible sex scenes on a good day, but not a film.  Actually, Fifty Shades Freed is something else entirely.  While Danny Elfman, a fantastic composer, gets credit for the film’s score, I’m not sure what score he actually composed.  The entire film is a series of contemporary hip-hop or R&B style pop songs with random video (what we will call “the film”) being played over the top of the song.  When the song (I mean scene) ends, a small smattering of dialogue is shoehorned into “the break” before we eventually get to the next song/music video (scene) in the playlist (film).  There is some bumper music that plays in the background sometimes between songs that comes off  sounding like the ambient track played during the gameshow “Who Wants to Be a Millionaire?”….maybe that is Elfman’s score?

There are also terrible, sophomoric easter eggs you can look for when you’re bored.  At one point, Ana finds herself in a hospital.  The blood pressure is shown prominently on the blood pressure machine, where it reads 60/90….the hospital’s way of saying “69” since the film is always trying to let you know how into sex it is.  Look for more if you watch the film as it will give you something to do during the music videos, I mean story. The tag line on this film’s poster reads, “Don’t miss the climax”.  I wouldn’t be surprised if that tag-line wasn’t actually the sexually charged double-entandre it is meant to be in the marketing campaign, and instead is really just a self-reminder by the screenwriter (Niall Leonard), to himself.  He might have used that line to remind himself that when writing screenplays based on E.L. James’s sexually-charged fan tribute to Twilight, he should make sure that the film he actually writes does in fact have a climax, in terms of the story, where every loose narrative thread comes together at last.  Fifty Shades Freed is not that screenplay. Nor is it that film.

There is barely a story in this film, and there is hardly a true narrative climax.  Instead, there is a great title.  You should let the title of this final chapter serve as a source of hope to you and those you love, that after the third Valentine’s week to see a Fifty Shades film released in theaters, it is all finally and truly coming to an end.  When that happens, we finally will be truly “Freed” from the hell that has been Fifty Shades of Grey.

Perhaps the best way to sum up my take on Fifty Shades Freed, after seeing it, is to simply quote the content judge in Billy Madison (with some slight edits…):

At no point in your rambling, incoherent (Script, or Story) were you even close to anything that could be considered a rational thought (or quality entertainment). Everyone in this room (theater) is now dumber for having (Seen) it. I award you no points, and may God have mercy on your soul.