This Series Continues to Set Back all the Gains of Feminism. Two years ago, ZekeFilm Co-Founder Jim Tudor and I had a two-shot review of Fifty Shades of Grey where we discussed the film and some of the controversy surrounding this series that is based on the books by E.L. James. Ultimately, we came to the conclusion that all of the controversy that surrounded the books and film regarding its kinky connections to bondage and the like were not as controversial as the fact that this was really a conservative take on the subject of relationships wrapped up in the more extreme elements of the title character’s sexual interests.  Ultimately, what Anastasia Steele wanted from Christian Grey was culture’s idea of a “normal” relationship.  So the wrestling between the two over who is “in control” and who is “submissive” really existed just to feed the larger narrative of society’s take on what constitutes a normal relationship.

As I argued for the first film, there is far much more to be disturbed by than what is being used to market this film series, namely sex.  In the first film, Christian Grey (Jamie Dornan) exhibits classic stalker and abusive behavior in how he follows Anastasia (Dakota Johnson) around, isolating her from her friends and life before trying to use his wealth to impress her enough into signing a contract to be his submissive.  We learn that his mental, and at times physical abuse of Ana (which prompts her to leave him at the end of the first film), is the by- product of he himself having been abused by a father figure when he was young, and from having his mother’s friend seduce him and teach him the ways of bondage at the young age of 15.

Think of the theaters showing this film as little mini “Red Rooms” of torture imposing their own brand of pain upon all who enter.  The only difference between this type of “Red” room and the one in the film is that we are the ones who aren’t getting any pleasure out of it. 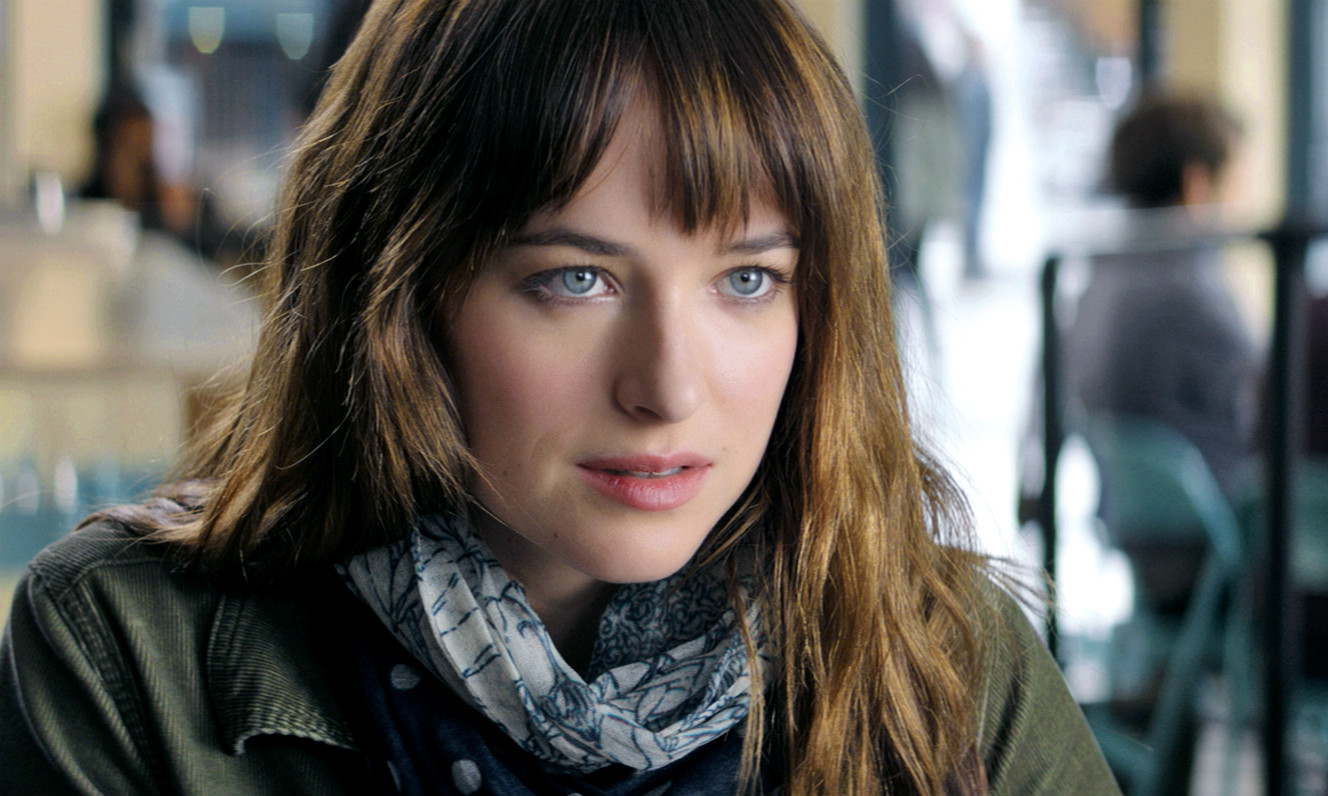 So the question about the sequel, Fifty Shades Darker, is would it be more of the same, or would they seek to develop these characters more than they did in the first film?  While some of this is bound by the source material, film can allow for the story-lines and characters to be developed for a more visual friendly medium.  I’m sorry to say that Fifty Shades Darker is simply more of the same, albeit with the sex quota increased for the sequel.  It is still a film filled with more stilted and clumsy dialogue, bad acting, and soap opera level intrigue.  These are still characters that do not resemble anyone in the real world.  Their struggles are manufactured, their drama is created purely by the boredom and malaise that their wealth affords them, and no amount of details regarding their backstory makes any of them a sympathetic character.

In this film, Christian Grey is trying to win back Ana following her leaving him, for the pleasure he was getting from physically abusing her in one of their acts in his famous “Red Room”.  She is unsure of whether or not he has changed, and is trying to climb the corporate ladder at her job working for a fiction editor at an independent book publisher in Seattle. Grey, insists he has changed, but to show us this, he exhibits more stalker-like behavior through buying up her employer’s company to ensure her success, and through buying up pictures of Ana at her friend’s gallery show. He also continues to demonstrate how disturbed he is by telling her that he’ll now be completely open with her, only to balk at every opportunity he has. He does make a few attempts, however. To demonstrate this new found openness, even at the risk of creeping her out even more, he shows her the massive file he has collected on her that documents her every move (from the first film). He also shows how he already has her banking account information, that she never shared with him, where he proceeds to deposit money into her account when she refuses a check.  She is constantly bothered by these sorts of things and then does nothing but encourage the very behavior she tells him is unacceptable.

His idea of sharing and being open about himself? Well, he says his mother died when he was young and that he was there. Nothing more and Ana is back hanging on every word.  In a romantic (I use the word loosely) gesture, he draws a box around his upper torso with lipstick, saying how that is his safe zone, but everything else is hers.  I’m guessing this means, his heart isn’t hers….while trying to show her that he is giving up his old ways so that she can have his heart?  I feel dumber recounting it.  On a deeper level, it symbolizes his inability to be intimate after enduring years of abuse and how he’s never let anyone inside this area because its too painful….blah, blah, blah.  The film never tries to get that deep, but I’m sure if you wanted a lofty explanation for why the guy lipstick draws on himself before seducing Ana, that is as good an explanation as any.

There are some other details thrown into the mix. We see that one of Grey’s past “submissives” is showing up, jealous that Ana has gotten Christian to open up and go beyond the master-servant relationship.  It may be really threatening, but, nope…resolved pretty quickly.

Ana’s boss Jack (Eric Johnson) also is thrown into the mix as someone who is preying upon Ana sexually.  Resolved.  Throw in Kim Basinger, no stranger to films about kinky sex (see 9 1/2 Weeks), as Elena Lincoln, Christian’s mother’s (Marcia Gay Harden) friend who taught Christian his ways.  She serves as a test their relationship, but much of this is laughable.  Every issue seems to be resolved almost as soon as they surface.  If they are so easily resolved, then how does this create any sense of conflict or tension to drive the story forward? The answer is, it doesn’t.  There’s no story in this story.

Ultimately, who loses the most in this whole film is the audience.  Despite being a “female-empowerment film” marketed towards women as a Valentine Day’s event, this film only serves to set back all of the gains of feminism over the years.  In a year where women marched en masse around the world to protest a politician whose words and deeds have devalued women, are we really supposed to celebrate a film series that only serves to objectify women while proclaiming the opposite?  Need examples? Here are some: Nudity in the film is only of the female variety, again.  Women are constantly subjected to obsessively manipulative behavior from males throughout the film, and ultimately this is OK (in the case of Christian and Ana’s relationship) as long as he is showing signs of growth in the relationship.  Message: continue in abusive relationships if it looks like he can change.

The only thing positive I can say is there is a nice moment of tipping the hat to Dakota Johnson’s real-life mom, Melanie Griffith, by quoting a line in Griffith’s film Working Girl.  Also, the film does function with more fluidity than the first, and the chemistry between Dornan and Johnson has vastly improved.  There is also a great moment where Ana and Christian are trying to have a serious conversation in his childhood bedroom.  Nothing about their conversation is remotely interesting, but what is interesting is the giant Chronicles of Riddick poster looming over them in the background. Other than that…not much has changed since the first film.

While the film was screening, I kept thinking how much I wish Keanu Reeves’ character, John Wick, would jump into the scene and take everyone out with his killer precision.  Surely that would make these Fifty Shades….. Darker. Alas, nothing as remotely interesting as that took place, leaving us with nothing Darker or Lighter in this sequel but more monochrome blandness.  If you are a fan of this book series, or somehow the first film, I’m sure I will never change your mind.  But if you care anything about the objectification of women, you will not support this drivel wrapped up with a bow for a holiday marketed around the notion of love. 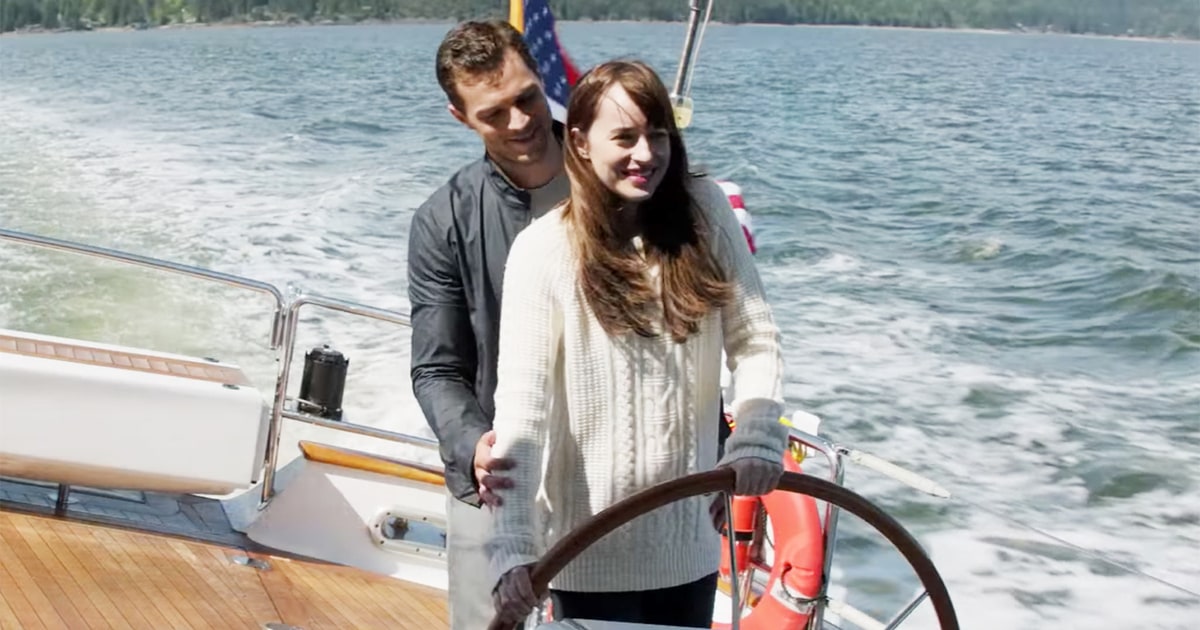 Instead of supporting this film, maybe you could do what my friend Cheryl does, donating money she would have spent on a ticket to the film, or just a set amount, and giving it to programs that help women who are victims of domestic violence.  I guarantee you will see a much bigger impact from an action such as this than anything you would ever gain for yourself by watching Fifty Shades Darker. There are Facebook pages set up for this sort of thing, or maybe you could just find one in your area.  By doing so, you’ll hopefully send a signal about the type of movies you want to see made that don’t objectify women, and you’ll be helping the cause of women directly.

So the question at the box office this week is whether women will turn out to support something like this, after taking a stand to march against something similar just a few weeks ago?  Either way, Fifty Shades Freed (the upcoming February 2018 sequel) was filmed back to back with this one, and will be released no matter what we do.  Think of the theaters showing this film as little mini “Red Rooms” of torture imposing their own brand of pain upon all who enter.  The only difference between this type of “Red” room and the one in the film is that we are the ones who aren’t getting any pleasure out of it. 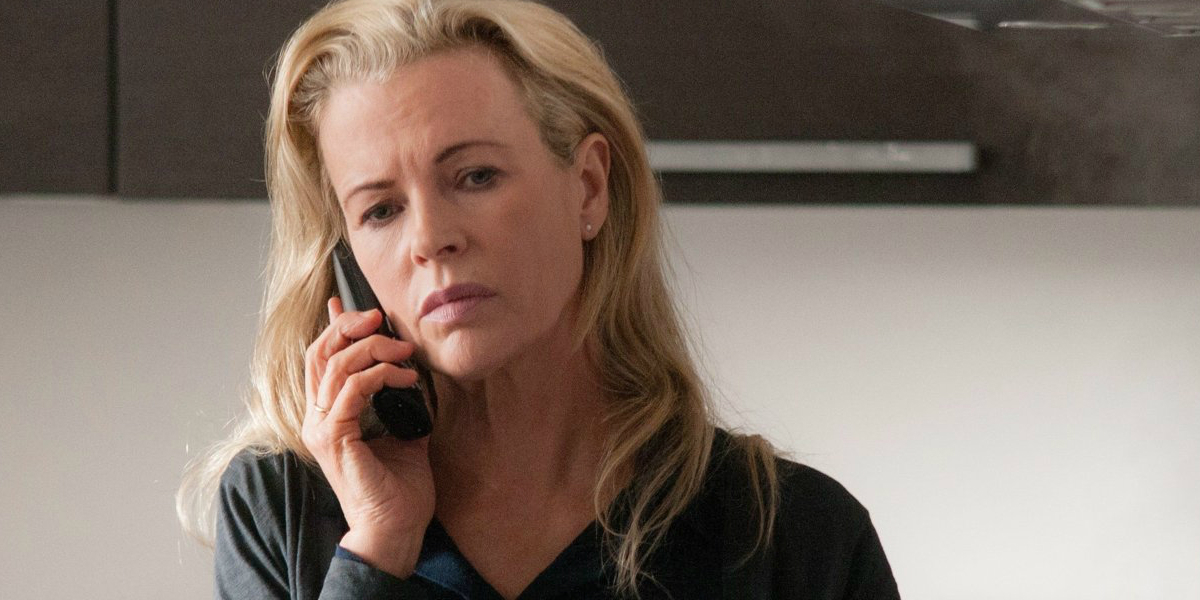