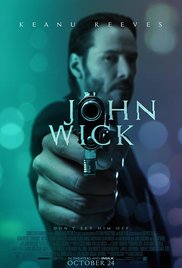 John Wick is a modern day action film that performs like the classic Mustang he drives: lots of throwback sensibility and power, and it is great to look at.  Wick, played by Keanu Reeves (The Matrix, Point Break, Bill & Ted’s Excellent Adventure), is a man of very few words.  Rivaling Clint Eastwood’s “man with no name” characters in Sergio Leone’s Spaghetti Westerns for words spoken, Wick is simply a man of dedication and action.

As a former hitman for the Russian mob, headed by Viggo Tarasov (Michael Nyqvist-Mission Impossible: Ghost Protocol, The Girl with the Dragon Tattoo), Wick is a rare breed, even for his profession.  He is the one who actually walked away from it all, with the blessing of Viggo, no less.  As is usually the case in films like these, all one needs to ask to get the explanation of “why” is “what’s her name?”.

Having found the love of his life, John Wick, had discovered the life that truly suited him.  But as the old adage goes, “no one truly changes”, soon enough circumstances happen that forces John back into action.  Having lost his wife to cancer, he is given a last gift from her to help him get over her loss.  A small dog arrives on his doorstep, and he begins to love it as he loved her….unconditionally.  But like any good revenge flick, you must have something to fuel the nearly 2 hour rage that is about to ensue.

Viggo’s son, Ioseph Tarasov (Alfie Allen-Game of Thrones, Atonement), has grown up in privilege and has more bloodlust than his mobster father, yet he lacks the discipline and the intellect to temper himself.  His violence has no ambition or purpose other than the whims he has at the moment. Lusting after Wick’s Mustang, after a chance encounter at a gas station, Ioseph decides everything is for sale.  In other words, if he wants it, then any price is worth it. 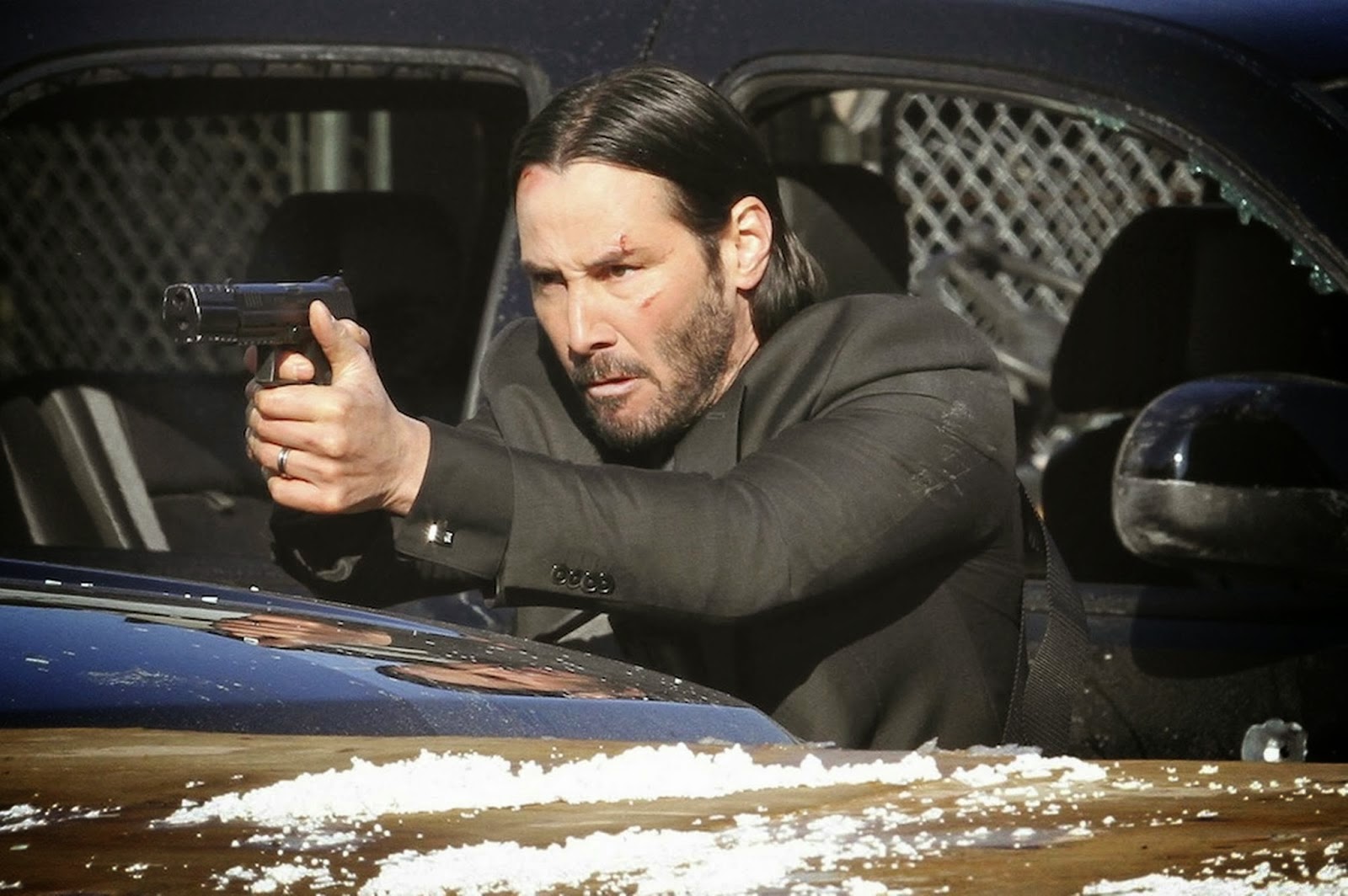 While very much a throwback story, the action sequences are a lot of fun, modern, and provide Keanu Reeves with his best role since the original Matrix film.

When a home invasion by Ioseph ends with John badly beaten, his cherished car stolen, and his new dog (given to him by his deceased wife) dead beside him, John slowly slips back into the character of who he once was. 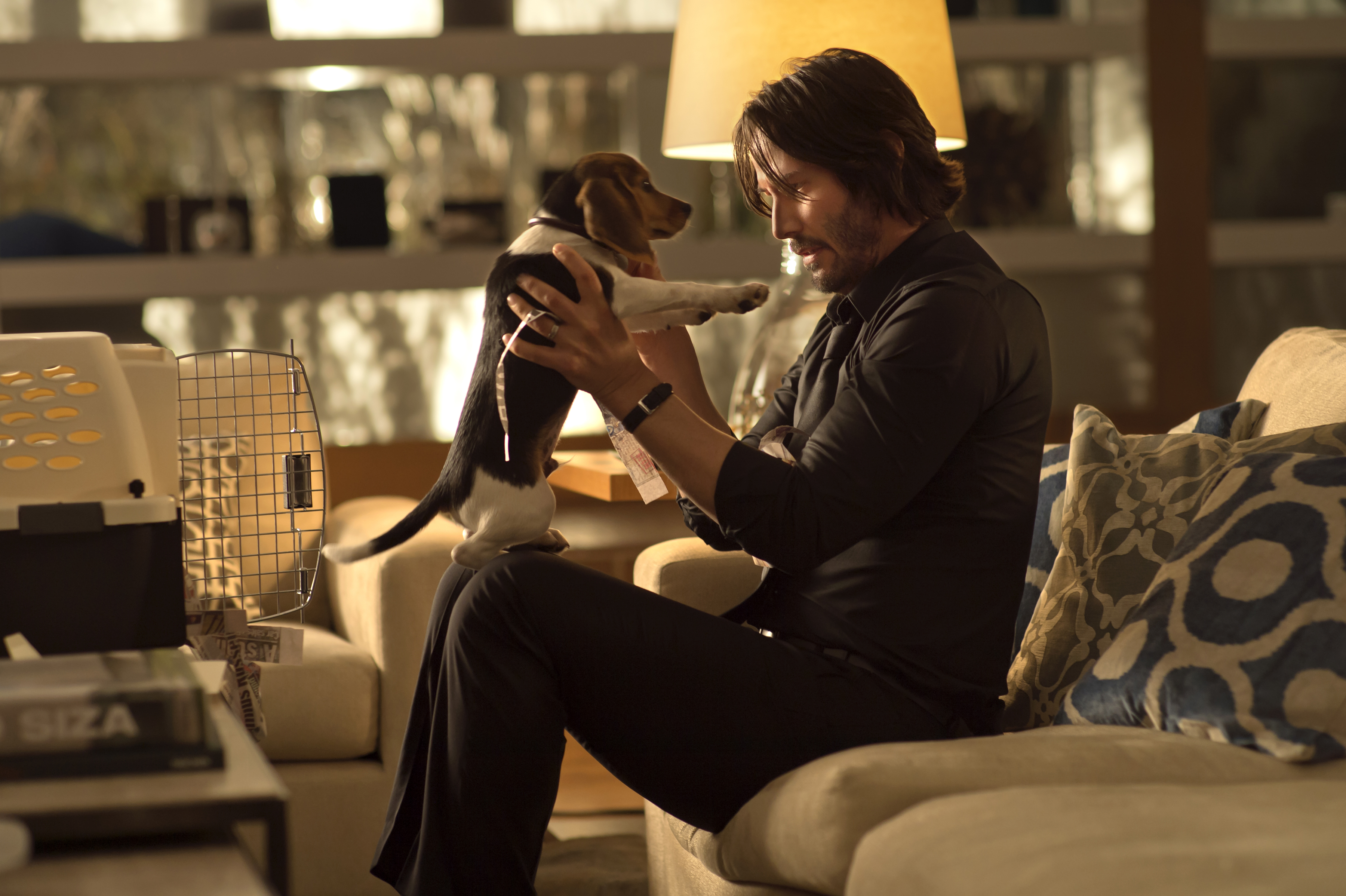 On the surface, this is a very slick and simple plot.  Hit man turned good, turns bad to get even with those who took what was good in his life and turned it bad.  And for nearly 2 hours, John Wick carves up a trail of revenge.  Even Viggo is scared and beats his own son for his deeds against John.  It seems that Ioseph has heard the legend.  He just didn’t know the man he messed up was him.

The film plays this legend up for laughs and as a reoccurring theme that never becomes a parody of the genre, but rather plays to the vintage nature of throwback action films where the protagonist is larger than life.  Though in a modern day sense, Keanu gets it right by not playing up that “larger than life” legend himself, but rather by remaining the silent type with a strong air of mystery surrounding him, throughout the picture.  And while he is not a “good” man, you are still drawn to root for him. There is no real gray area for the bad guys are really bad, and John Wick’s cause is just, even if he has not been. 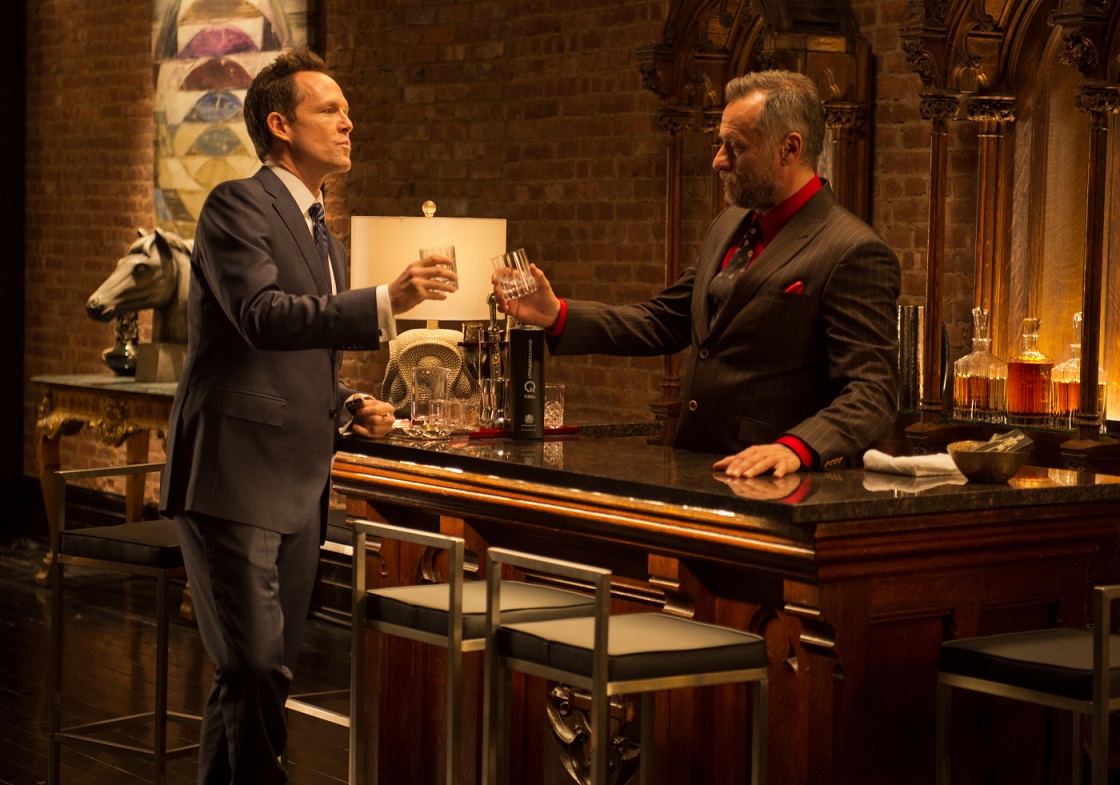 Directors Chad Stahelski and David Leitch are guiding their debut film with the savvy of an action veteran.  Having handled stunts for films such as The Bourne Legacy, Conan the Barbarian (2011), Tron: Legacy, X-Men Origins: Wolverine, 300, Serenity, Matrix: Revolutions, Catching Fire, The Wolverine, and numerous others, this seems like the effortless choreography of two people who understand action blocking and are able to not only show the audience what they came to see, but they have provided something fresh as well.  While very much a throwback story, the action sequences are a lot of fun, modern, and provide Keanu Reeves with his best role since the original Matrix film. 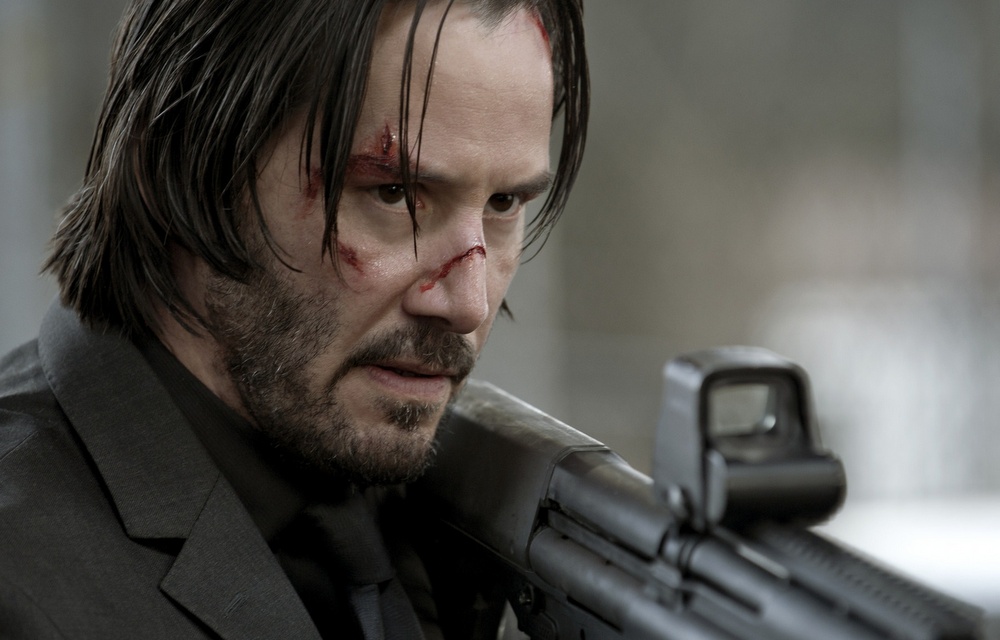 And while many will find very little substance in terms of plot or character development, they’re missing the point that that is the point.  A simple story is all that is needed to fuel the rage of John Wick so that not only are we introduced to the legend, but that we begin to believe the legend as well.  This film is also filled with a great cast that also includes Willem Dafoe (The Grand Budapest Hotel, Spider-Man), Bridget Moynahan (I, Robot, The Recruit), and John Leguizamo (Chef).

John Wick won’t say a whole lot, but it will give you exactly what you want from an action movie: great action, fights, gun play, explosions, revenge, justice, cars, and fun. And if John Wick finds its audience, it has a chance to return in more stories of the legendary hit man.  Like Clint Eastwood, Keanu has found himself a character that doesn’t have to say a lot in order to get a whole lot done.  So buckle in to this classic action vehicle and let it show you that yesterday’s action vehicles can still outproduce today’s models when it comes to serious fun….as long as you light John Wick’s fuse! 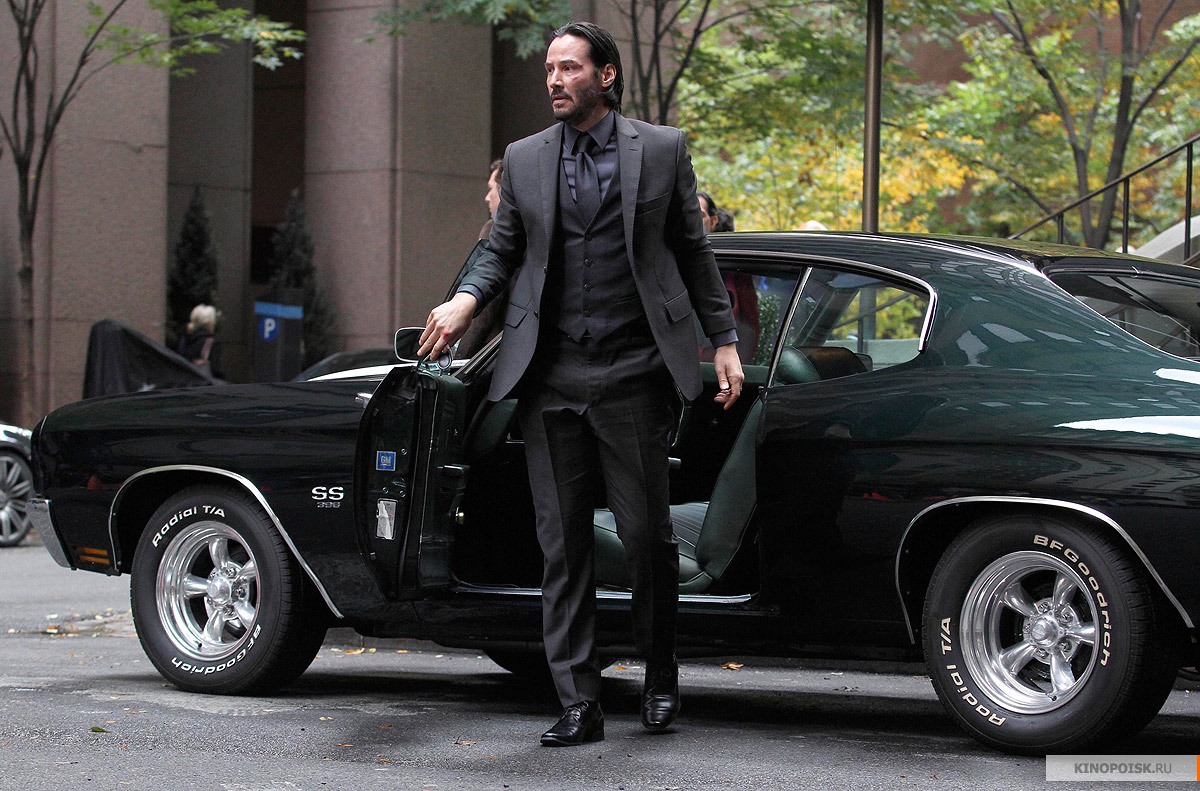