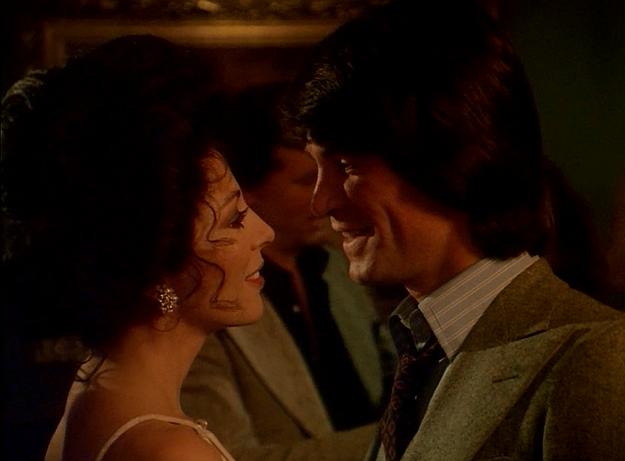 With things on the relative down-low for veteran actress Joan Collins in the late 1970s, it was her sister Jackie to the rescue, having optioned a pair of her steamy novels of amoral affluence gone wrong to be made into films. Beyond age 44, following the infamous one-two punch of The Stud and then The Bitch, Joan’s down-low took a quick upswing into a curious future career of soapy lowdown characters and regal respectability. In these movies, Joan would play Fontaine, a self assured, dubious and conniving woman of expensive tastes and a ravenous sexual appetite. She is the driving presence behind these notorious trash classics, the sequel more laughably subpar than the original. That said, they are not without their charms, particularly when viewed for their amusing, terminally dated qualities.

Set in London’s swinging disco club scene, there’s no shortage of kitschy glitz, nor poor dancing for that matter. Backstabbing seduction is the modus operandi in this sexually loose pre-AIDS era. For whatever it’s worth, Joan Collins, in her brazen pre-Dynasty days, carries theses films like few probably could. Or would.

My own film buff curiosity, a sometimes perilous thing, got the better of me, wondering what a pair of late 1970s films that dare to call themselves “The Stud” and “The Bitch” might be like. And now, here we are… 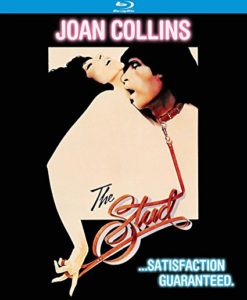 Based on the late Jackie Collins’ 1969 potboiler novel, The Stud is both more and less successful than its more provocatively titled sequel.

Although it’s Joan Collins’ name before the title, she’s in a glorified supporting role. Oliver Tobias, as the title character Tony, is expected to carry the bulk of the ninety-five minute sudsy adult drama.

Try as he might to be engaging and interesting, the poor guy just can’t. He’s got a lot going for him, being young, a sharp dresser, and a very popular lover. In fact, loving women for money is what got him where he is today. (“Today” being 1978 London.) Far from dumb, Tony’s been able to parlay his initial success into other more respectable avenues. Thus, he spends a lot of the film talking business and trying to move on. Those scenes are each more deadly boring than the last. He’s never thrilled to be called away from these meetings by Fontaine, who nevertheless has him at her beck and call. But when he swallows his pride and goes to indulge her minxy lusts, at least the movie wakes up. For the film’s strange climax, she whisks him off to Paris for an orgy in an elaborate multi-layered bath house filled with green water that appears to be Listerine.

For all her string pulling, though, Fontaine herself seems rather in the dark, blinded by her own desires. Married to a wealthy older man she doesn’t respect, she goes so far as to videotape herself fornicating with Tony in the elevator early in the story. The footage is weirdly present on a monitor throughout, as the film seems quite keen on fetishizing this 3/4 inch early VCR technology. Also, it’s a plot point that will pay off when Fontaine, in a brief burst of good old Hollywood style “seventh reel justice”, must inevitably pay the price for her many torrid deeds. 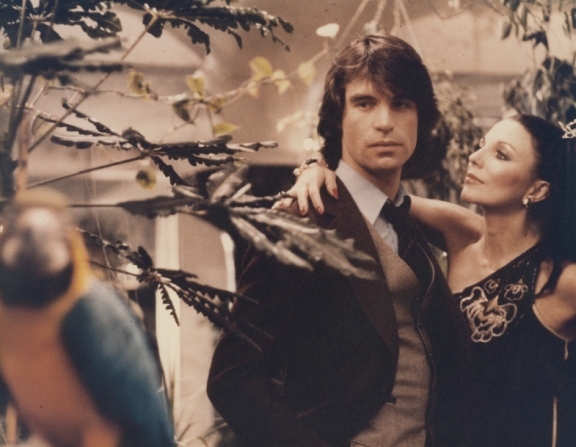 Scandalous upon release for not just its eroticism but more to the point, Joan Collins’ age at the time, it must be said that her frequent nudity in The Stud is among the most self-assured and confident of any actress at any age. Pure and simple, Collins is completely confident and unashamed of her body in any capacity.

This existing in the wake of the supernova success of Saturday Night Fever, rambling scenes of nameless extras disco dancing interject themselves far too often, even as the soundtrack (a hit in its day) is representative of the best the era had to offer.

Just as lead David Niven couldn’t hold a candle to Peter Sellers in The Pink Panther, the same is so very true about Tobias in relation to Joan Collins in The Stud. And just as The Pink Panther‘s immediate sequel remedied the situation by turning its spotlight fully to Sellers’ Clousou, so too would Jackie Collins’, rushing straightaway upon The Stud‘s box office success to author a follow-up novel to showcase: 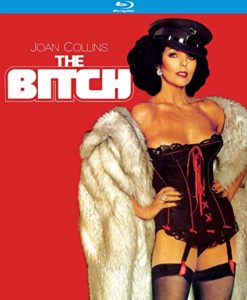 There’s an oddly interesting feminist angle here; glaring proof that the artificial Playboy style presentation of boudoir female sexuality can backfire into unintentional hilarity when grafted onto a competent, self-assured presence such as Joan Collins. Collins is far sexier with a Bond-style quip, a lusty glance, and a fancy outfit than when she’s shown in soft lighting on silk sheets wearing a neglige, or less.

Mostly, Fontaine spends the sequel scrambling to pull herself up by her own designer bootstraps, having recently been divorced and left with nothing. Her chosen path to quick wealth is to run her own sleazy disco club, an endeavor the film takes quite seriously. Little did anyone making this movie realize that the entire swingin’ scene would be a moot point within six months. In all of the meetings with financial advisors and lawyers, no one could say to her, “It’s 1979, and you’re throwing everything into a disco club. Maybe we rethink this…?”  This is not so much a pile of money to dance upon as a gaudy and embarrassing hill to die on. 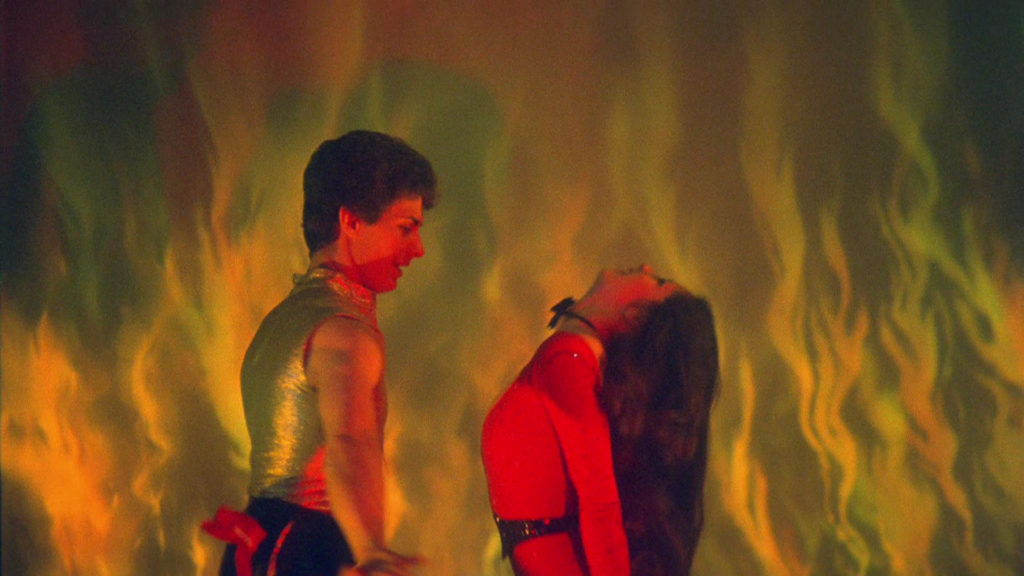 But, it’s all no matter – in the world of The Bitch, hedonistic disco will live forever. The soundtrack isn’t nearly as good as The Stud‘s, lacking all the instantly recognizable hits, although it’s got an awfully infectious title track – and it knows it. The needle drops no less than four, maybe five times on the catchy original tune “The Bitch” by The Olympic Runners. As a seemingly endless array of rhythm impaired extras dance to the music, they all look like they really just need to pee.

Those who saw this film all those years ago may recall a hazy look about it. This isn’t the fog of memory; it’s clearly a decision in the cinematography. But unlike the bold and risky “flashing” of the negative to achieve a similar effect, ala Vilmos Zigmond’s highwire work on 1971’s McCabe & Mrs. Miller, one suspects that this film’s etherial haze stems from being filmed in a cloud of cocaine.

By the end, the plot is a useless jumble not worth tracking. But it’s worth hanging in there until the end, as the film seems to end mid-sentence, freeze-framing on a close-up of Fontaine, quickly followed by the end credits scrolling over superimposed fire. And the theme song. Of course the theme song. 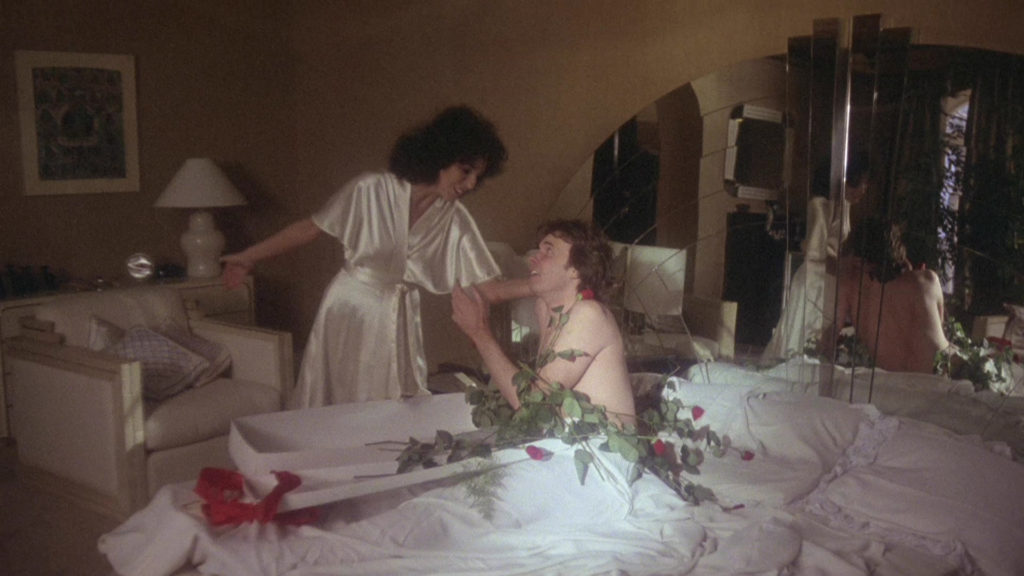 I recall, as a youth of fourteen or so, Pat Sajak (of all people), on his short lived 1989 late night talk show, surprised Collins with a brief clip from The Stud, which featured her topless. While it was pixelated for the home audience, the crowd response indicated that the studio audience likely saw the moment uncensored. Collins was quite taken aback, but took it in stride like a good sport, explaining that “when one was an actress in those days, certain things were simply expected as the norm.” I suppose she had a point. As for Sajak, I hope he still regrets that move, something trashier than even The Stud and The Bitch. (Which is saying something.)

It’s easy to look back and scoff at so much of The Stud and especially The Bitch, yet these ridiculous and ridiculously spotty microcosms of libidinous elite trash behavior is not without certain charms. As someone who is inordinately bemused by perpetual non-salaciousness of the supposedly over-the-top brazen Fifty Shades of Grey films, it must be said that this pair of howlers delivers in a very similar vain, made all the more delicious thanks to their vintage attributes. They’re not so much sexy as trying-to-be-sexy, and being utterly shameless about it. 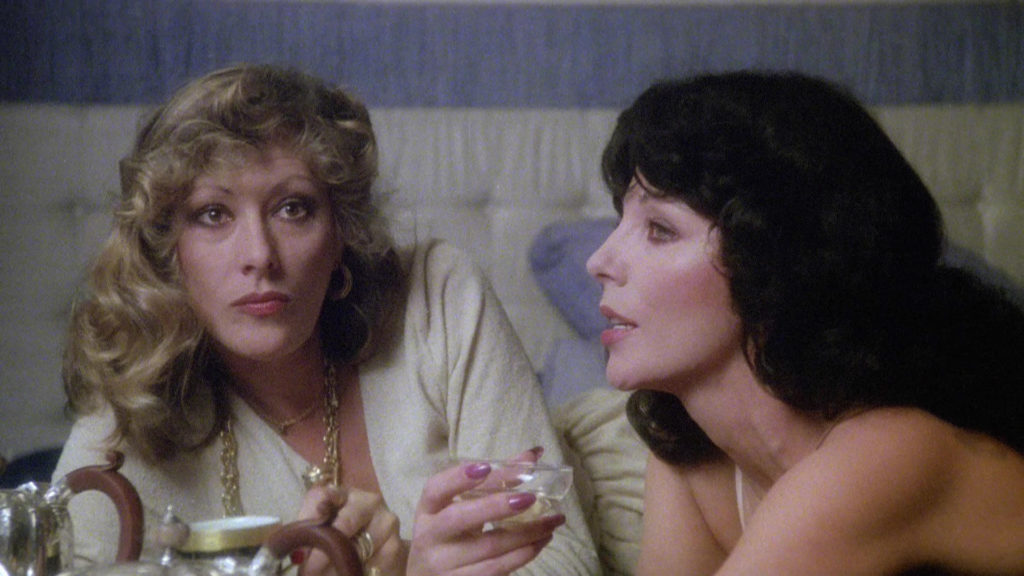 Even when Joan Collins tempers down her own disrobing in the sequel, she remains the life of the party, and the presence that keeps these films from completely plummeting into forgettability. While there’s little nobilty about having done these films per se, it’s interesting that this perceived glossy gutter dive could in fact give Collins’ career the surge of respectability and class she now wields. In 1997, she was awarded the Officer of the Order of the British Empire for her services to drama.

Kino Lorber Studio Classics has released The Stud and The Bitch on very nice Blu-Ray editions, for those so inclined to own these titles. Each has a great commentary track with film historians David Del Valle and Nick Redman. The pair prove knowledgable of the era and climate that enabled these films into existence, as well as the career of Joan Collins. While they absolutely don’t give either film a pass when it comes to their obvious shortcomings, they are also not too proud to give any credit where credit might be due. There’s not a lot necessary to be granted, but it does make anyone a more keen and legitimate admirer of Joan Collins.