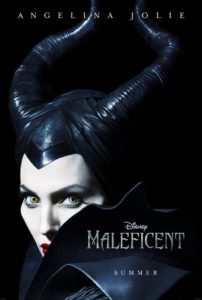 “You know the tale. Now find out the truth.”

So say the trailers for Maleficent. We do know the tale: pretty princess Aurora is cursed as a baby to prick her finger on a spinning wheel and die unless she is awakened by true love’s kiss, so her parents send her to live with three fairies in the woods for protection. As for the truth? Well, perhaps its bare bones are similar to 1959’s Sleeping Beauty, but Maleficent is not a mere backstory—it’s a revisionist history.

Maleficent re-imagines “Disney’s greatest villain” (also from their marketing campaign) as a misunderstood, albeit flawed and angry, creature. She is a better choice to explore than other characters in the Disney vault.

Cinderella’s wicked stepmother hardly merits an explanation of her childhood, but Maleficent’s motives for cursing Aurora are both intriguing and unclear. This movie takes advantage of the unknowns, creating incentive for her evil and even giving her fiendish raven a story worth telling.

While Disney wins points for moving beyond the Grimm and Hans Christian Andersen tales to create one of its own, I can’t help but wonder if the company will beat Katniss and Co. to the punch and inadvertently kill the princess brand on its own.

Disney also had reason for placing the focus of their advertising for Maleficent on its star, Angelina Jolie. She creates a near-perfect 3-D replica of the animated fairy and transforms her fiery villainy into a wounded warmth. She skirts the line between villain and victim, in one scene declaring, “I don’t like children,” and then holding toddler Aurora (played by her daughter, Vivienne Jolie-Pitt), reconsidering that statement. Her update of Eleanor Audley’s wicked cackle is inspired, too. 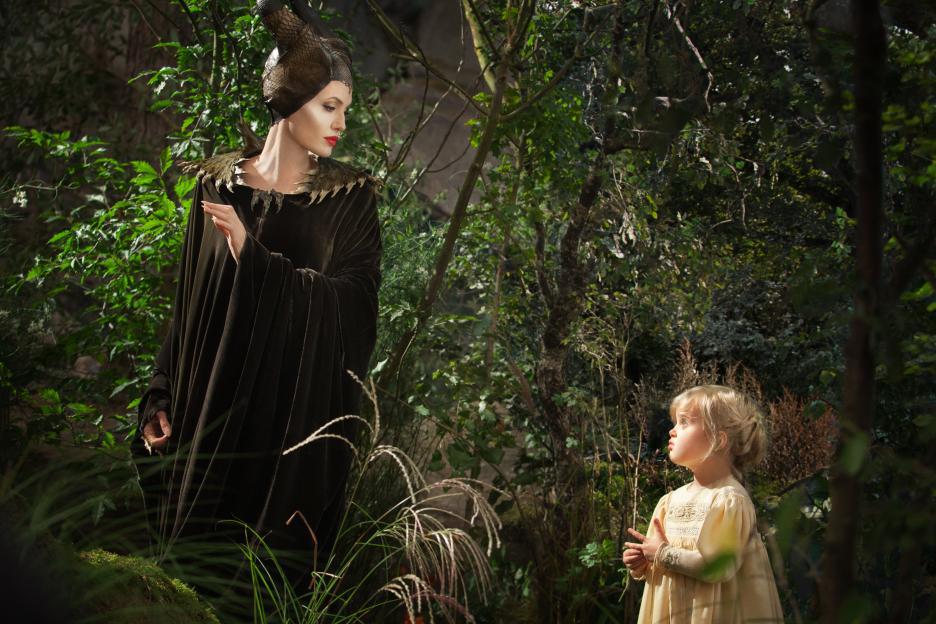 However, those who grew up tiring a VHS cassette with frequent rewinding of “Once Upon a Dream” may find some of the revisions too liberal. While the new side of Maleficent’s character works, the new sides to other characters don’t. Almost all of their personalities are redesigned to something more annoying or flatter than in they were in the two-dimensional world. Prince Phillip (who should seriously consider joining One Direction if he isn’t singing with them already) would have been missed if he was written out of this script, but he adds almost as much with his minimal screen time and lack of development.

In a time when Disney is exploring the future of its princess line, this take on Maleficent is an inventive—and rather sneaky—testing of its potential future. While she more obviously extends the brand because of her connection with Sleeping Beauty, this film also reconstructs Maleficent herself into a princess. In this version, she is the protector and ruler of a magical kingdom. She wears horns for a crown, but her dreams for friendship, love, and a home bear little distinction from Aurora’s.

While Disney wins points for moving beyond the Grimm and Hans Christian Andersen tales to create one of its own, I can’t help but wonder if the company will beat Katniss and Co. to the punch and inadvertently kill the princess brand on its own. Despite Frozen’s huge box office tally, its narrative gaps and significant overlaps with other recent princess movies left me concerned, and Maleficent is no different. The script spends too much time explaining the backstory to the backstory and wraps with a predictable twist ending, while the budget spends too much toward the creation of cutesy (but ultimately boring) woodland creatures in an attempt to distract from that.

If I know anything about Disney (and I’d like to think I do since I rewound quite a few of their VHS cassettes growing up), Maleficent won’t be the last film focusing on the “real story” of a Disney villain or reinventing the princess narrative. While that’s a clever way to reuse old creative material, this installment shows some thorns. While it’s not a bad idea on the drawing board, Maleficent leaves audiences with more “meh” than magic.