I’ll Take the Wardrobe—You Can Leave the Rest 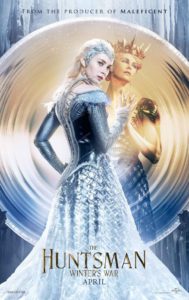 If you were like me and a little confused about whether The Huntsman: Winter’s War was a prequel or a sequel to 2012’s Snow White and The Huntsman, I’ll clarify: Yes, it’s both a prequel and a sequel.

Years before Snow White enters the scene, Queen Ravenna (Charlize Theron) is already killing kings and conquering kingdoms. Her sister Freya (Emily Blunt) stays close to her side, along for the killing-and-conquering ride without participating. That is, until her own tragedy strikes. When her infant daughter is murdered, her grief and anger manifest in icy magic, and she founds a frostbitten kingdom up north. She raises an army of huntsmen by kidnapping children in her new territory and training them to be warriors. She has only one law in her land: never love, for love only betrays you.

The Huntsman is the worst-case scenario ending for Frozen: the magical snow queen builds a kingdom of isolation and then tears families apart and destroys neighboring kingdoms.

Fast-forward to seven years after Ravenna’s defeat, The Huntsman Eric (Chris Hemsworth) is still haunted by Queen Freya and the love he lost while in her service, Sara (Jessica Chastain). Understandably, he’s hesitant to take on the new quest Prince William (Sam Claflin) has assigned him: find the missing Magic Mirror before Freya does, which would make her invincible with its powers. 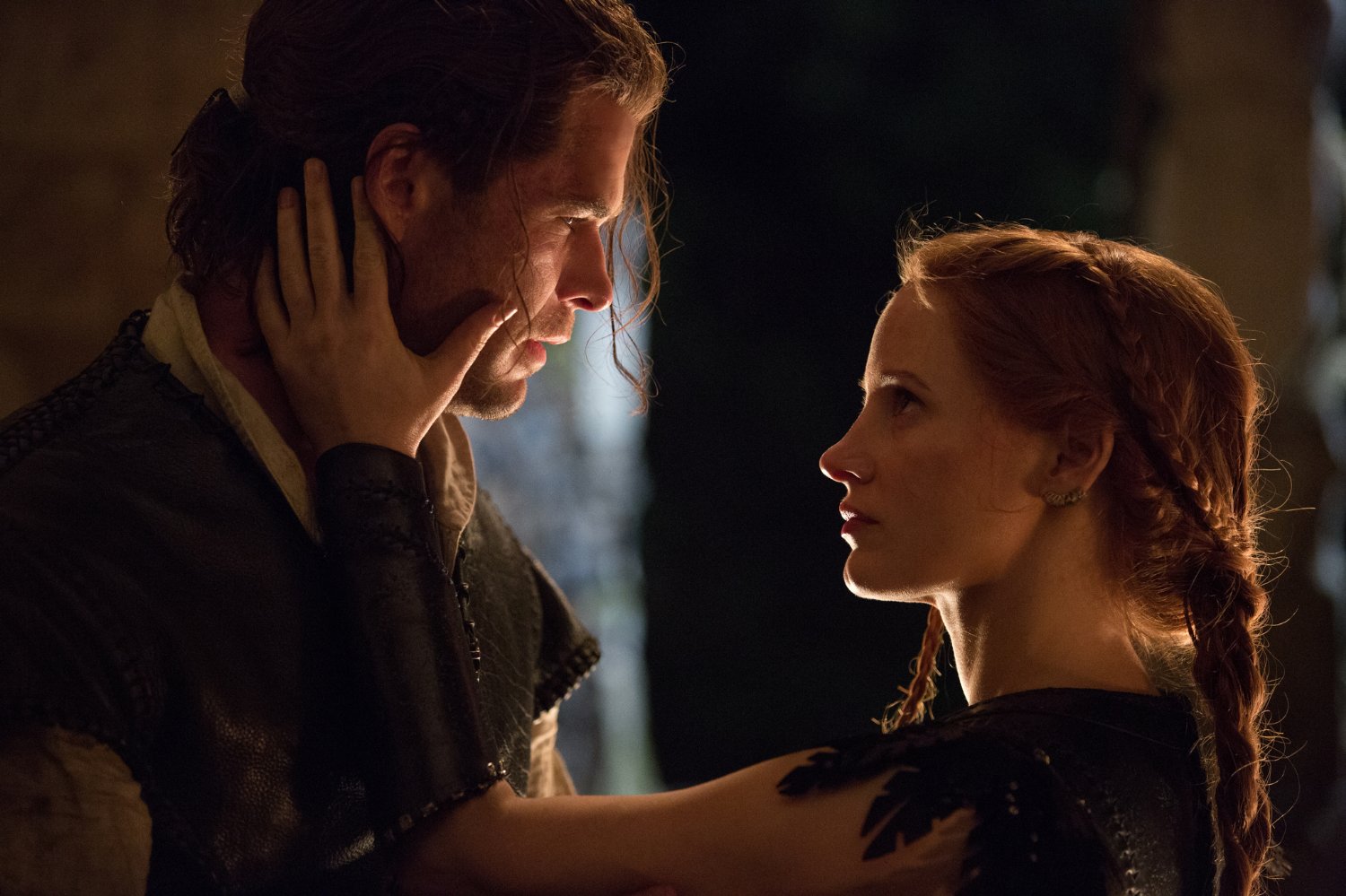 The Huntsman is the worst-case scenario ending for Frozen: the magical snow queen builds a kingdom of isolation and then tears families apart and destroys neighboring kingdoms. While my response to Frozen was a little cooler than most, I loved its zany humor. This is where the overlap between these two movies ends.

The Huntsman can’t decide what it wants to be, making it difficult to know how to respond to what you’re watching. Is this an über-serious tale of good and evil? A whimsical fairy tale? An action comedy? It tries on all of those personas, which results in weird tonal shifts. What’s worse, many of its attempts at humor don’t land, which is a crying shame given that Hemsworth has proven his comedic chops on SNL and even in The Avengers.

And like Snow White and the Huntsman, the villains earn far more character development than the title character. It was a smart move to bring back Charlize Theron, who is still just as delectably malicious as we remembered. Emily Blunt also rises to the occasion, bringing a tortured side to her icy Evil Queen. Meanwhile, Chastain and Hemsworth carry their likeable but generic love story, even though they’re more capable than the material. 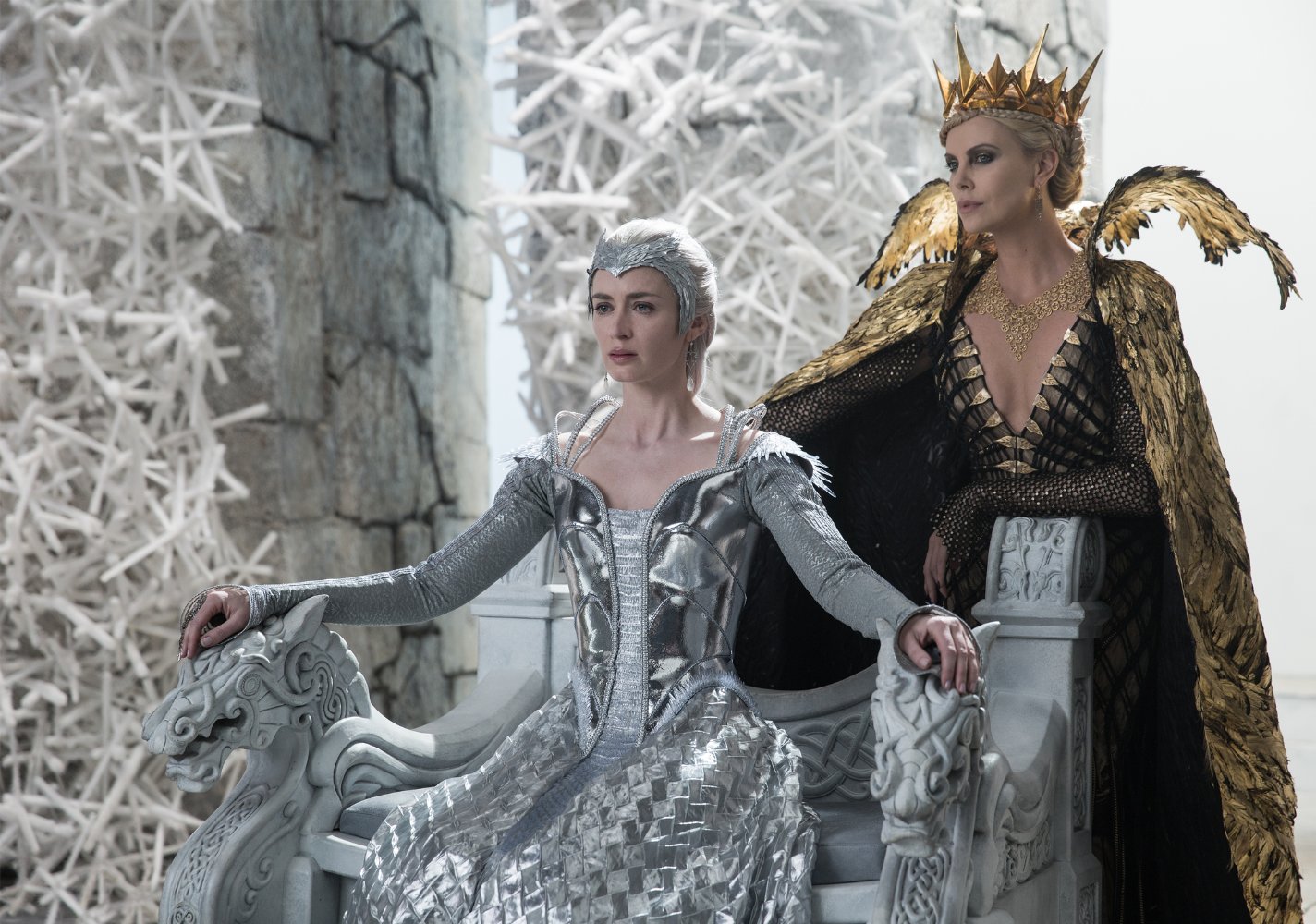 At least it’s lovely to look at. The 2012 original was Oscar-nominated for its costume design and visual effects, and it’s not a far stretch to imagine the sequel garnering the same nominations, especially for Colleen Atwood’s costumes. The huntsman armor is stylized but convincing battle gear, with the finishing details on Sara’s especially standing out. The real winners, though, are the garments of the two evil queens. Textured robes in metallic finishes, a fogged-glass feathered mask, and armor-padded shoulders are accented with interweaving braids, glistering hair accessories, and gold leaf tattoos to keep your eyes roving the screen. If you need to be a killer to get that killer of a wardrobe, I’m seriously considering turning to the dark side.