Once again, we present our humble collective listand individual lists of our picks for ourannual “Best Films of the Year So Far” exercise. Typical of mid-year, the critics of this site remain more diversified in their lists than we tend to be at years end. With different critics dispatched to see different films, only must-see event pictures and word-of-mouth hits tend to span across the board. Everything else ideally gets caught up with by year’s end.

So, with a grain of salt and ten critics reporting, here’s our aggregated site-wide list, composed of all major vote-getters. All other submitted films fell far shorter than these in the collective tally: 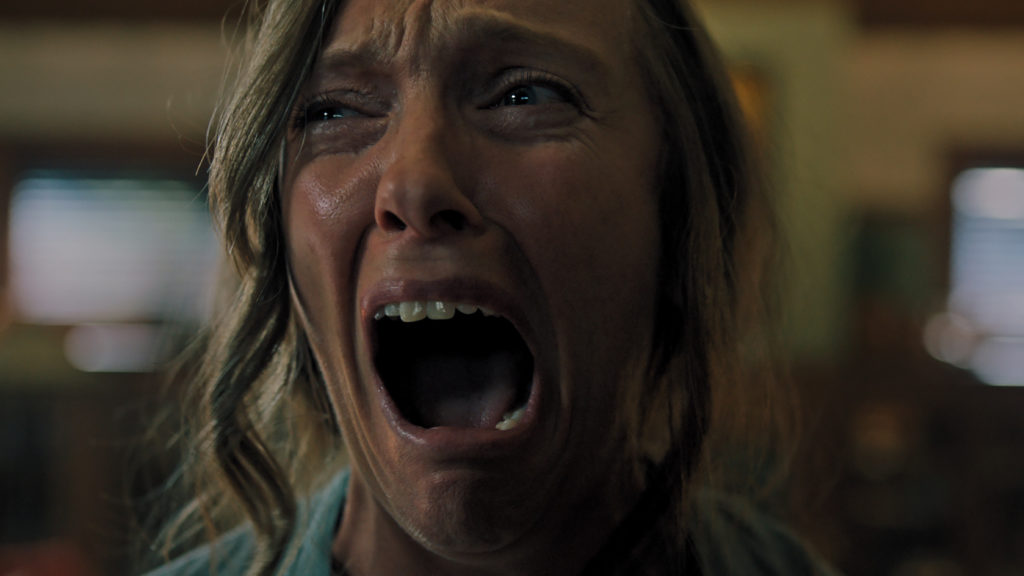 Participants had the option to comment on their picks, or not. Lists of no more than five entires were requested, though one of us couldn’t help but go to ten… 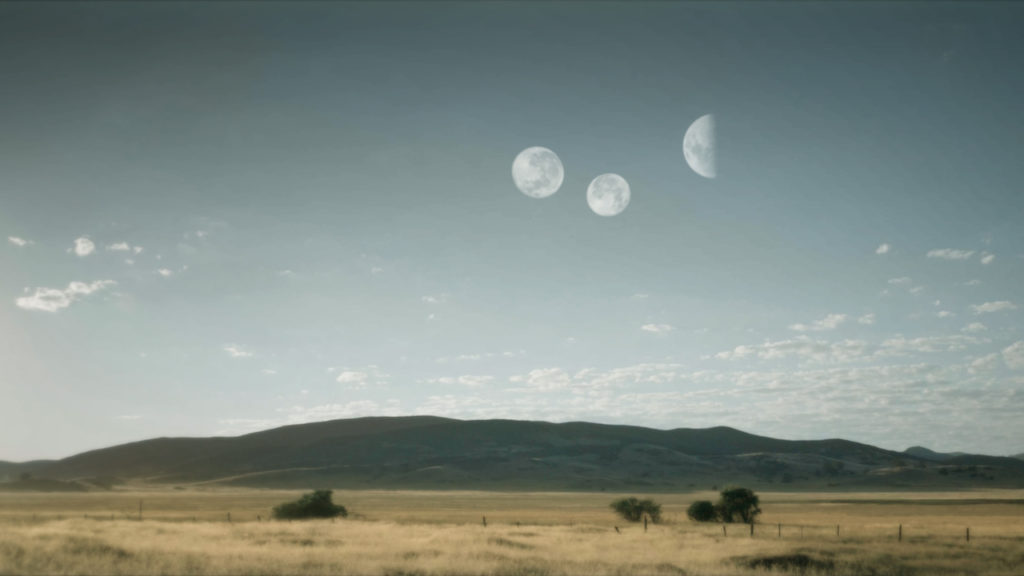 Won’t You be my Neighbor?

Who knew something as elemental as sound design could blare world building and character development at full blast? Sound is the characters’ most vulnerable liability, but it’s our story’s most tenacious asset and a welcome twist on the creature feature horror genre.

John Krasinksi’s second directorial feature landed him on the 2018 TIME 100 with the likes of Oscar-nominated storytellers Kumail Nanjiani, Greta Gerwig, and Guillermo del Toro, as well as blockbuster-makers Ryan Coogler, Gal Gadot, and Hugh Jackman. His work on A Quiet Place fits well with both of those crowds because it brings the best of critical and commercial filmmaking together with its intensity and performances from Emily Blunt and Millicent Simmonds. Talk about tight storytelling—at ninty minutes, A Quiet Place is proof that no concept is too simple to be puissant.

Let’s get back to that Ryan Coogler guy for a second. He and his Black Panther buddies Chadwick Boseman and Sterling K. Brown hung out on the TIME 100 this year after making a movie you couldn’t ignore if you wanted to. But why would you want to?  While T’Challa’s origin story was a little exposition-heavy, it’s difficult to whine about that nitpick with such an embarrassment of riches in its visual style and supporting cast.  We have yet to see another Marvel hero as contemplative and family-focused as Boseman’s, but I hope there are more to come.

“Hey, do you want to go see a dumb movie this weekend?”

Needless to say, my expectations for Game Night were, um, low, but when you’re in the thick of hyper-serious Oscar season, you’ll try anything for a laugh. To my surprise, the plotting is clever enough to compare to the coolest heist movies and the jokes are steady. Sending praise the way of Jason Bateman is, um, complicated right now, but his dry delivery foils nicely with Rachel McAdams’s dynamism. The movie earns an extra $200 every time Jesse Plemons and Billy Magnussen go into another gag that make me self-conscious about how loudly I’m laughing in public.

Is this movie an indulgent extravagance? Is it a mash-up of messed up proportions? Does it somehow inexplicably work? Yes, yes, and actually, yes.

Marvel is often too busy with jokes and explosions to actually make me feel things, but somehow Avengers: Infinity War found time for all of that, 40 named characters, and whatever the heck was going on with those Infinity Stones. We’ve yet to see how many losses stick and if they can stick the landing they’ve been planning for 10 years, but Infinity War wins as the best the argument for these cinematic universe experiments sticking around.

Who needs character growth when you can just have a lot of fun? Gary Ross and Sandra Bullock take over the usual Soderbergh/Clooney suave-fest, and they make it every bit as sleek and even more chic. Every major name steals a scene, and the plot cons us just as much as the latest Ocean victim. So maybe it struggles to be “about anything” and “develop characters” and whatever else we “critics” are supposed to care about, but who can care when it looks so pretty? 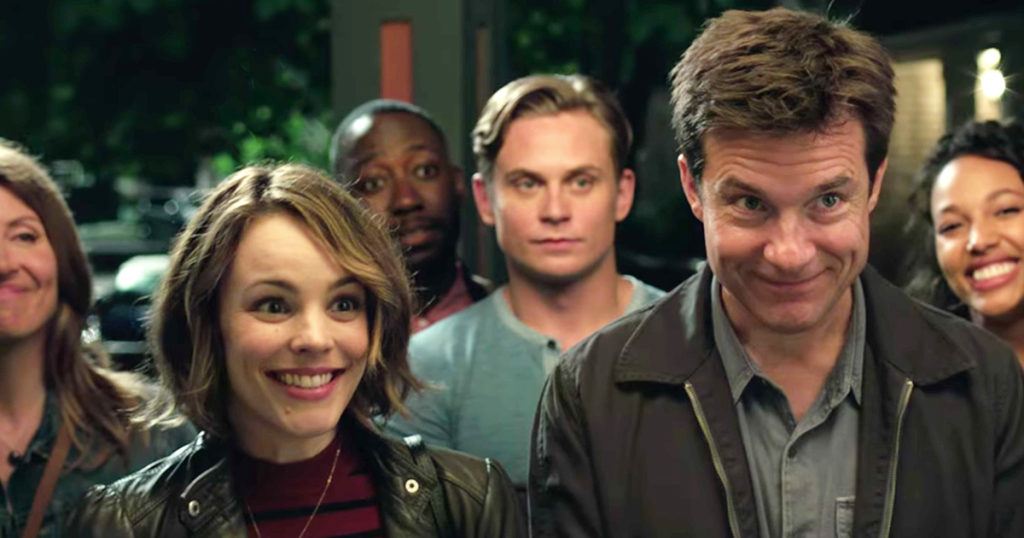 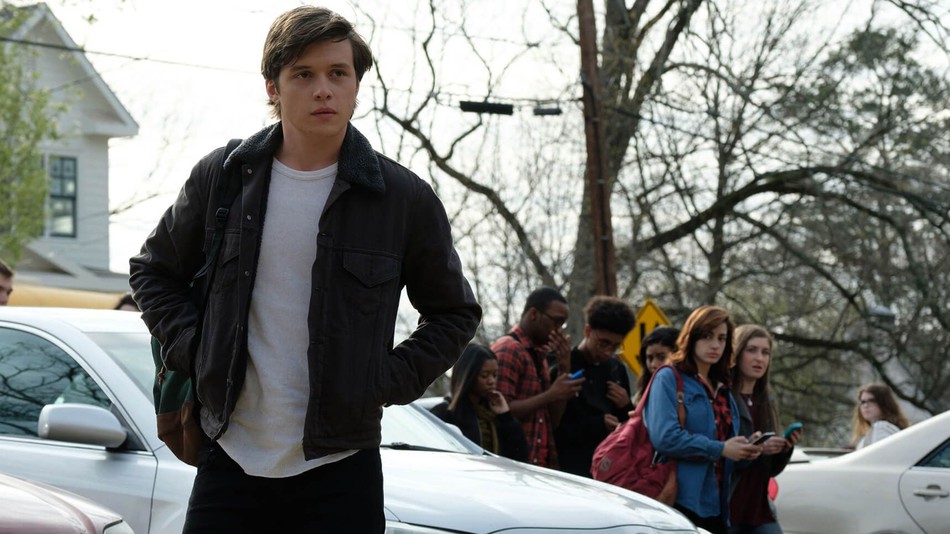 All the beauty, redemption and quirkiness that you’d expect from Wes Anderson with an extra dose of heart and my favorite story of 2018! I can’t wait to see it again and again and now I really want a dog and to go to Japan!

Way to hit one out of the park John Krasinski and Emily Blunt! If I’m covering my eyes, jumping out of my seat, crying from love shown and speechless at the end of a film, it’s a good sign! The thrill ride of 2018!

Take all my money Alex Garland, all my money and brain capacity because your stories make my brain churn! And I love it, I love your complex stories that have multiple angles and dimension and way to show smart, strong, scientific women in a film!

The amazing world of Wakanda that Ryan Coogler created is a sight to behold and to quote Liz Lemon, “I want to go to there!”  With all the fantastic action we want from Marvel and a whole new crew of heros to cheer for, Black Panther is an absolute BLAST!

Oh, Ryan Reynolds, I’m so thankful you introduced me to the phrase “Winnie the Poohing”. Deadpool 2 is so crammed with humor that it warrants a second viewing just to catch all the jokes you missed the first time! A total crack up! 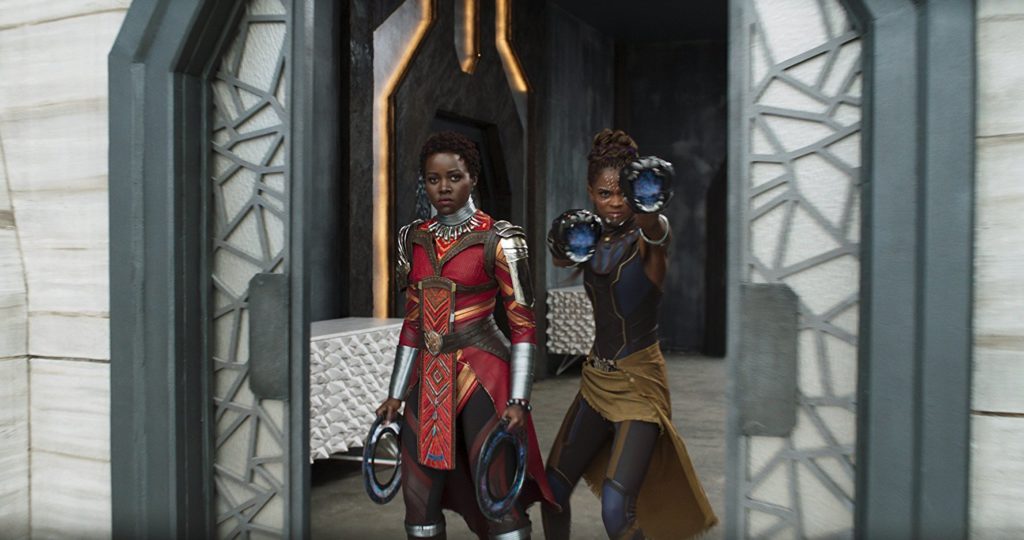 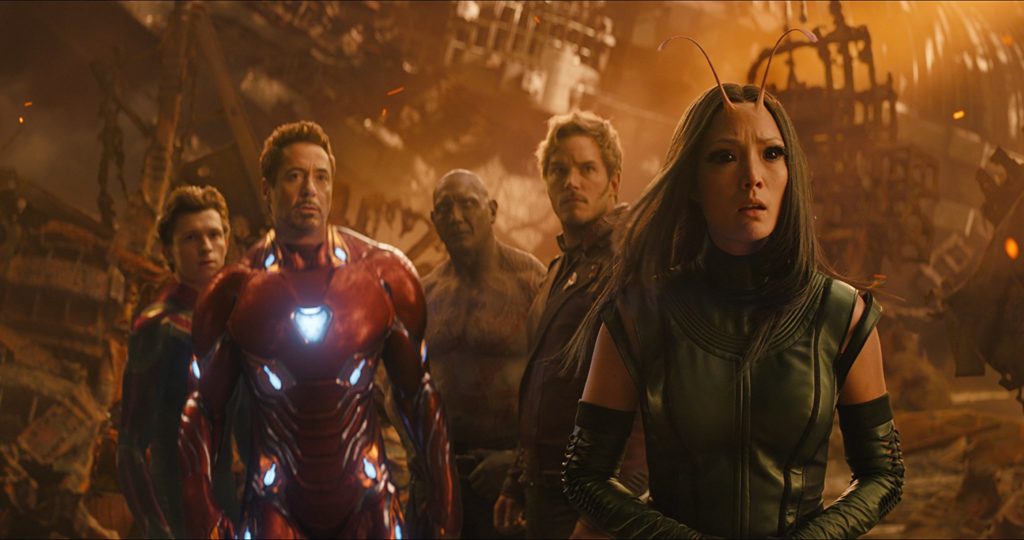 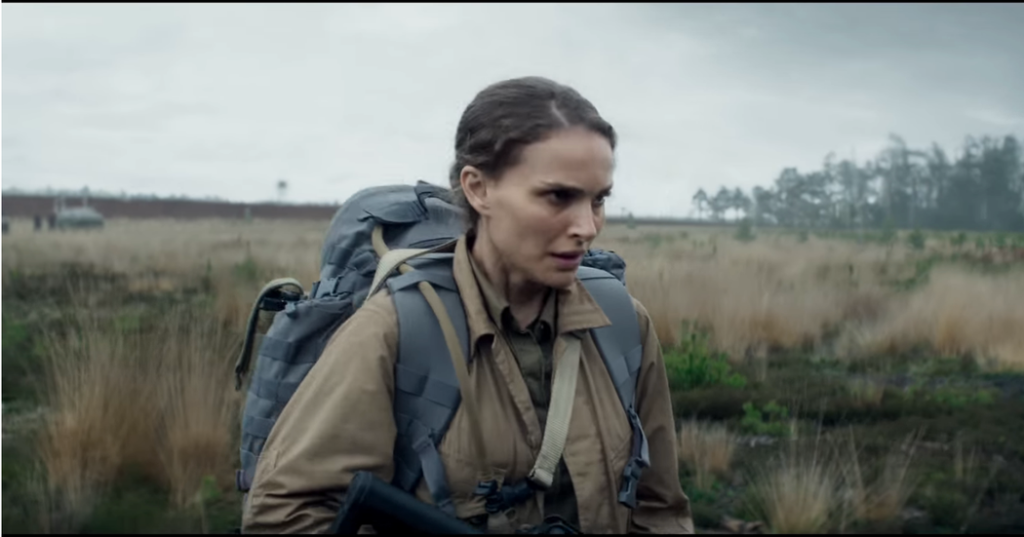 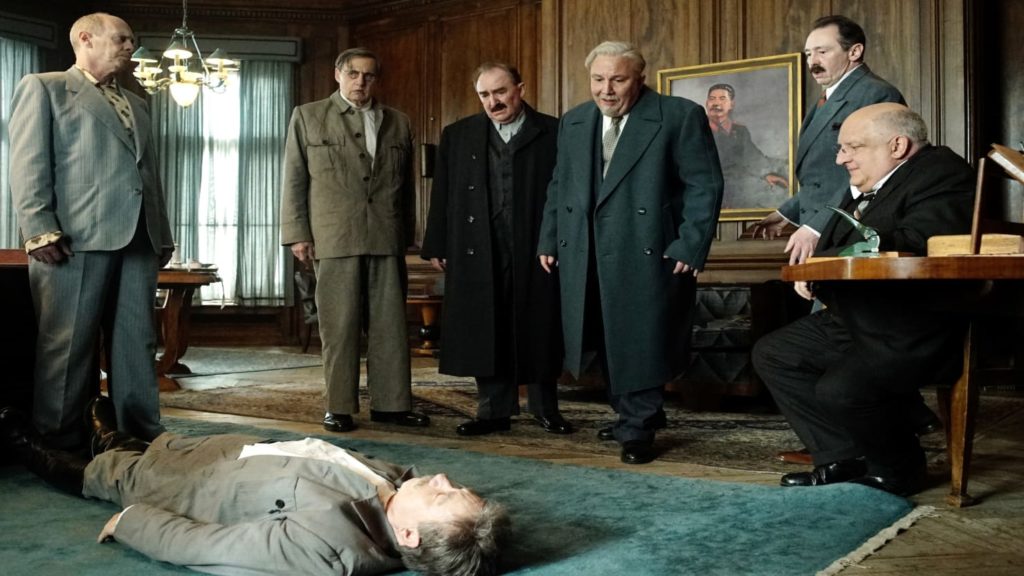 The Death of Stalin

If you bring food into this screening good luck because this is pretty much a silent movie. When creatures takeover the world, John Krasinski and Emily Blunt’s family (not real-life family) have to fight for survival in the silence. Maybe this isn’t the BEST movie of the year, but it was my favorite movie to watch in 2018 so far. It’s also super thrilling to screen in theaters so hopefully you can still catch it there!

This Wes Anderson flick is such a fun ride and the most unique movie of the year. If you like his stuff this is definitely worth a watch. If you’re unsure I recommend you see it anyway. I was smiling all the way through (except for one scene!).

Starring Laura Dern, this HBO movie highlights a woman’s exploration of her youth after her mother finds some disturbing childhood letters detailing a relationship with an older man. While this is a heavier watch, the story is told in a unique way, as Laura Dern’s younger and older self’s consciousness intersect, asking questions of themselves that will most definitely stay with you. (Stream on HBO)

Described by the filmmaker as more of a family drama than horror picture, Hereditary certainly lives up to the hype in scares. I wouldn’t say it’s this generations The Exorcist so if you’re afraid of it for that reason I’d still give it a try. It’s also an extremely fascinating slow-burn of a watch that’ll leave you memorized (or under a blanket) until the very last scene. Along with A+ camera work the entire way through, all I can say is bravo to first-time director Ari Aster. I can’t wait for his next film.

The movie may have some story problems, but some of its’ execution is brilliant, with one scene still haunting me to this day. The movie may leave you a little bit like, “What the heck did I just watch?” but hopefully in a good way (if you can imagine that).  Give it a try if you missed this one but don’t expect it to be exactly like the book its’ based on by Jeff VanderMeer. (Stream on Netflix) 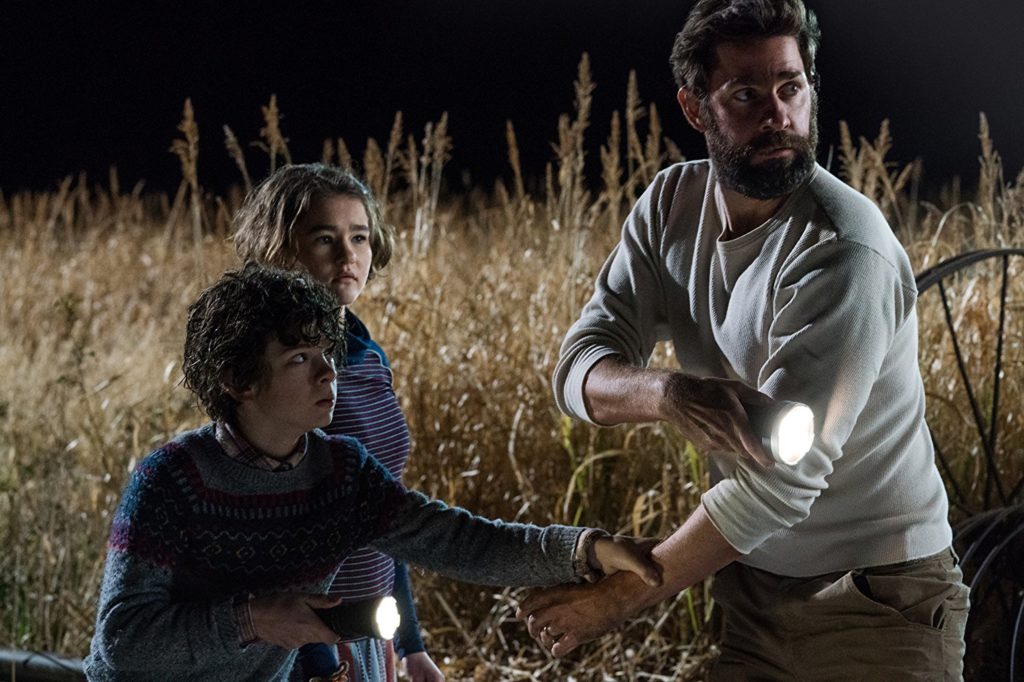