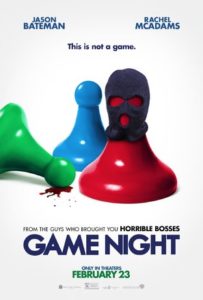 Game Night joins a long line of recent comedies in which attractive suburbanites let loose, get wild, and sometimes find themselves running afoul of real bad guys.  Think Bad Moms, The House, Date Night, or Office Christmas Party (for starters).  Most of those movies are heavy on raunch, though, and light on subtlety.  Game Night rises above the pack by delivering real wit, standout action sequences, and warm relationship humor in place of cheap jokes.  It also has a terrifically likable ensemble cast, though one member of that cast – Jesse Plemons – comes dangerously close to running away with the movie.

The premise is straightfoward, but the concept is high.  Max (Jason Bateman) and Annie (Rachel McAdams) are a fiercely competitive couple who host a weekly game night for their friends.  The regulars are childhood sweethearts Kevin and Michelle (Lamorne Morris and Kylie Bunbury), and Ryan (Billy Magnussen) a dim pretty boy who always has a different, and even dimmer, young woman with him.  Max and Annie’s next door neighbor, Gary (Jesse Plemons) used to be included, before his divorce, and desperately wants to be included still.  But he’s a creepy police officer who never seems to be out of uniform and strokes his white Maltese with a disturbing intensity. 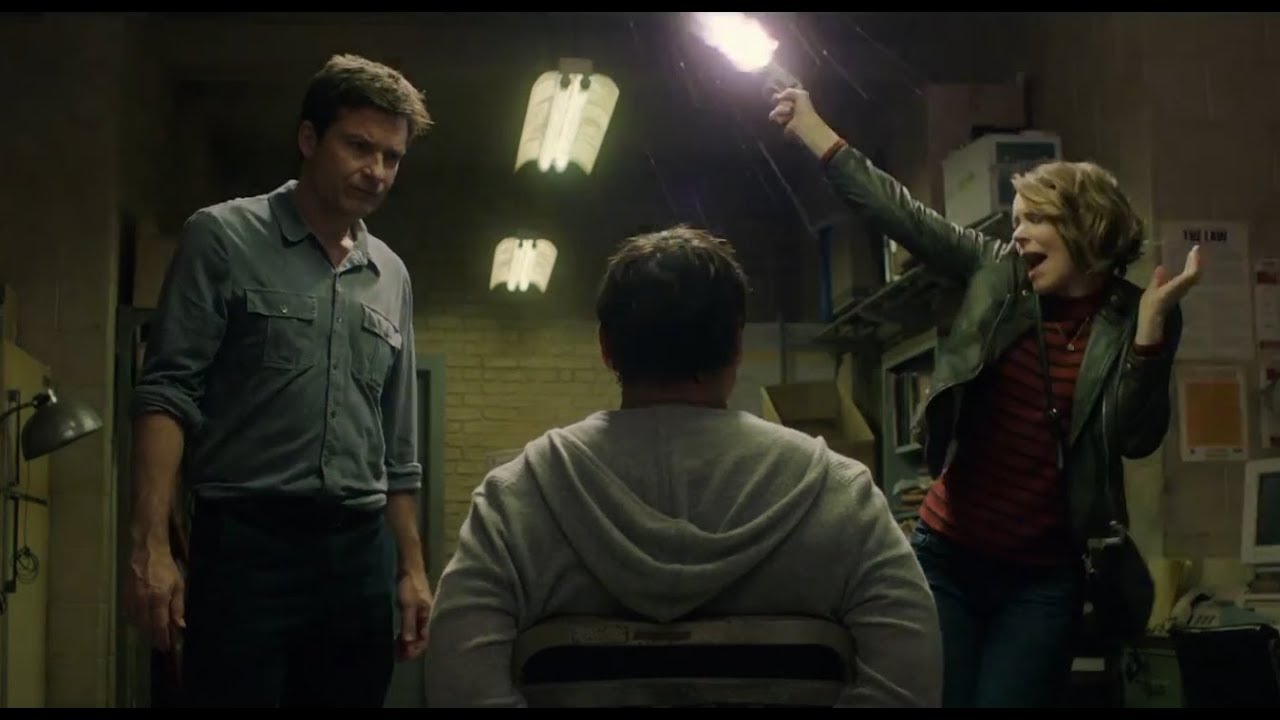 The status quo, such as it is, is interrupted when Max’s older, seemingly more successful brother shows up.  Brooks (Kyle Chandler) hosts a game night at his mansion and ramps up the evening by hiring a murder mystery company to put on a game, with the winner getting the keys to Brooks’ sports car.  With this set up in mind, the friends think nothing of the intruders who smash through Brooks’ front door and drag him from the house after an extended fight scene – nothing, that is, except that the acting was superb, and so are the appetizers before them.

If you’ve seen a trailer for Game Night you know that Brooks’ has some secrets, there are real criminals involved, and these nice suburban folks are playing a most dangerous game.  But Game Night is a comedy, and so even mortal danger is handled with a light and silly touch.  Watch Annie dance around the room taunting real criminals with a real weapon – because, of course, she things the whole thing is fake.  Or better still, watch her plucky attempt to extract a bullet from Max’s arm after they find out the hard way that the gun is real. 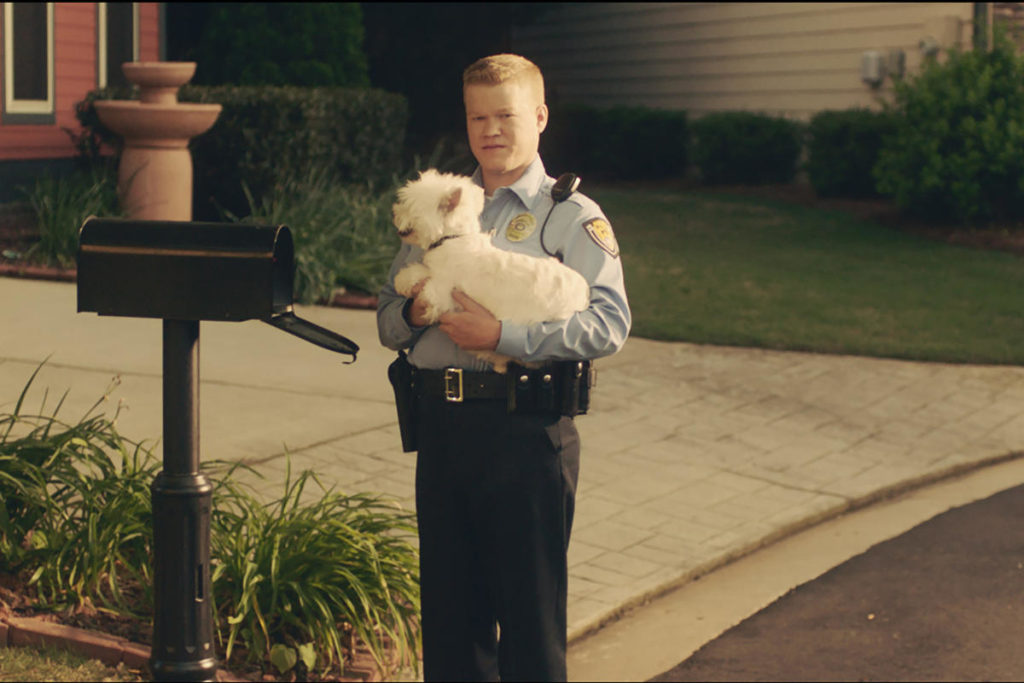 The other couples split off on their own to try to solve the fake/real mystery, and Game Night gives them space to round out their characters.  Kevin and Michelle bicker over a revelation that she may have had one tiny little fling with a celebrity years before (giving Lamorne Morris ample opportunity to use a celebrity impression).  And for once, Ryan has brought a smart and sensible woman to game night, his own personal ringer, Sarah (Sharon Horgan).  Horgan gives a charismatic performance as a woman who can cut Ryan down to size in an instant, without ever seeming cruel.

The relationship banter never lets up, even in the midst of fleeing from international criminals.  It’s implausible, but undeniably funny, with a screwball energy that makes realism seem beside the point.  Game Night also has surprisingly long and well choreographed action sequences, particularly one in which the whole crew tries to escape a villain’s lair with a precious McGuffin in tact.

Bateman and McAdams are reliably true to form.  Bateman is a restless, exasperated, but basically decent everyman.  McAdams is sweet and smiling, with just enough ruthlessness to make her both a good board game teammate – or, when life requires it, a good ride or die.

But don’t forget Gary, whose flat affect and unblinking gaze will punctuate the movie throughout.  Plemons has such an odd and unforgettable screen presence that he can draw laughter with nary a word.

Game Night was directed by longtime writing partners John Francis Daley and Jonathon Goldstein, who also co-directed 2015’s Vacation.  There are a few jokes that are fall flat, or that are visible from too far away, but on the whole Game Night is funny, fast moving, and light on its feet.  Daley and Goldstein are clearly moving in the right direction.