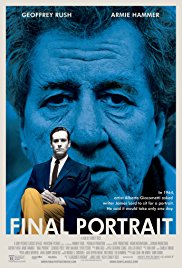 Why do great artists produce great art?  What is it about the notion of a “tortured artist” that rings true?  Is artistic talent a blessing or a curse?  These are all questions that are looked at, examined, and dealt with in director Stanley Tucci’s latest film, Final Portrait.

Final Portrait follows the experience of American writer, and art lover, James Lord (Armie Hammer- Call Me By Your Name, The Birth of a Nation) who is asked by the great Swiss-Italian artist Alberto Giacometti (Geoffrey Rush- The King’s Speech, Pirates of the Caribbean) to sit for a portrait.  What is expected to take a day or two results in multiple plane reservation cancellations and rescheduling as the process approaches 20 days and no end in sight.

The year is 1964, and as Alberto Giacometti laments, “no one sits for a portrait anymore”.  With photography, its not really needed he says.  Also, we learn, portraits are never finished.  What an artist sees in a person begins the process, but as the process continues, both the artist and the subject changes, rendering the portrait a constantly changing and evolving thing as well….thus it will never be finished. 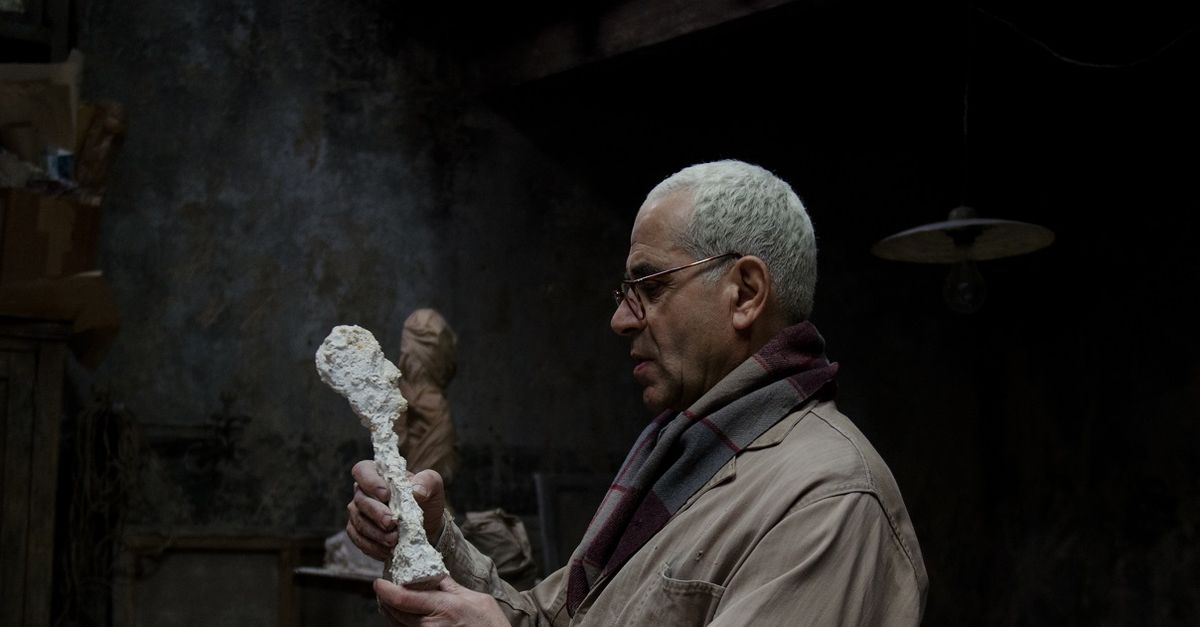 Throughout the film, Tucci seeks to highlight this idea of change as both men strike up a friendship that delves deeper than their previous knowledge of one another had been.  With Giacometti, we see a tortured soul who seeks to appease his wife Annette Arm (Sylvie Testud), but often leaves her feeling cold and empty as he comes alive around a prostitute named Caroline (Clemence Poesy) who he has a relationship, as well as using her as a portrait subject.  Alberto’s brother Diego (Tony Shalhoub-Monk) is a constant support and knows all too well where the limit is in terms of telling Alberto what to do.  As the portrait sitting continues into days, James begins to learn Alberto’s daily routines, likes, dislikes, and even his methods. 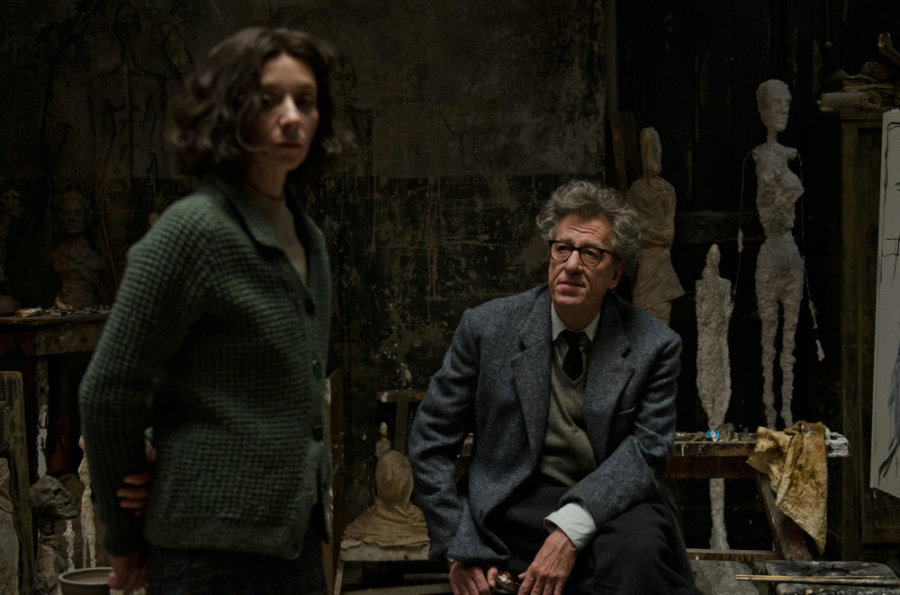 Through the shared experience of the portrait sitting, both men begin to have a deeper respect for one another, especially as artists though they use a different medium.  They both understand the commitment one must have to the creative process if they are to ever find satisfaction in their work.  Others might be willing to throw money at them, but financial gain is not something that determines their value.  It is the creative process that defines them.  Alberto even explains how contentment is the enemy of great because too often contentment is being happy when something is good.  When he finds himself content with his work, that is when he is most ready to quit it all. We even see a humorous look at his disdain for money when he is delivered bags of it and simply finds places to shove it around his workshop. 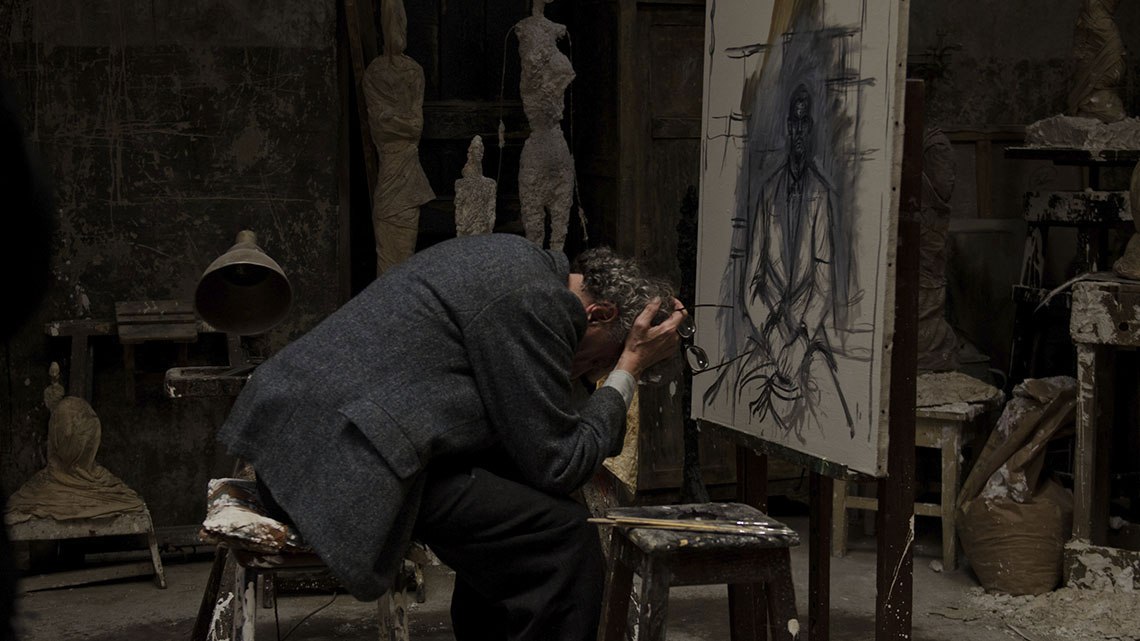 Tucci chooses to keep the script focused primarily on the portrait sittings, with occasional outings to a restaurant, cafe, or to take a ride in Caroline’s new car.  Little is given to other aspects of Giacometti’s life, particularly his relationship with Pablo Picasso, which is covered in a conversation between Alberto and James.

The true reason to watch this film is the performance of Geoffrey Rush who embodies all of the eccentricities of this artist, much like he did for his Academy Award winning portrayal of pianist David Helfgott in the film Shine over 20 years ago.  While many might only know him from the Pirates of the Caribbean films, Rush is truly at his best when he is taking on the role of real-life, flesh and blood individuals such as Helfgott, or Lionel Logue (from The King’s Speech). 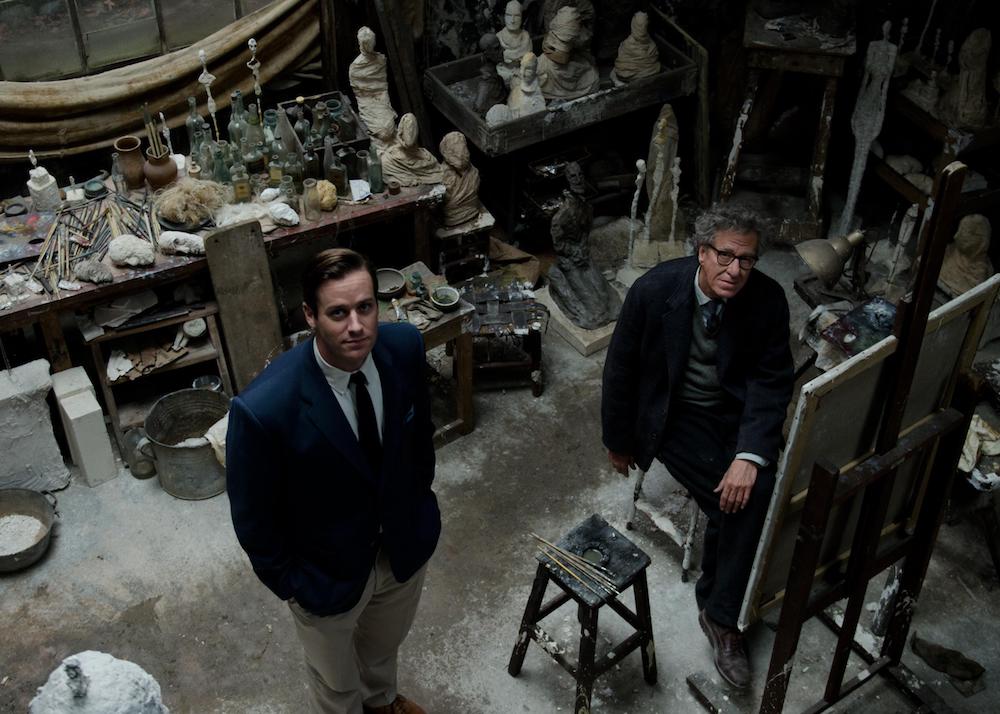 As the time continues to go by and James Lord finds himself no closer to going home, I found that I was being drawn in more and more to the story.  When an escape plan is hatched by James that would force Alberto to abandon the portrait when it is finished enough (because remember: no portrait is ever truly finished) to be considered a great work, even though Giacometti would always find a reason to restart, the film finds an abrupt end.  This would prove to be Alberto Giacometti’s final portrait that he would paint in his lifetime, but the honesty and depth of his friendship with James Lord continue to deliver compounding rewards, as this film is but the latest example of Giacometti’s enduring legacy.

Tucci delivers a believable 1960’s era Paris despite filming on location in England.  As he states, it was cheaper for a smaller film such as Final Portrait to film in England and use CGI to make the audience believe it was Paris than it was to actually shoot there.  Keeping the story focused on just one aspect of Giacometti’s life also helps keep the set pieces to a minimum, and also creates a more lived-in intimacy that draws the audience into the story, so as they don’t want to leave the presence of this great artist, much like James Lord is drawn in to participate in his portrait sitting, long after the deadline to have completed the work has passed.