Reel Theology: RIGHTEOUS ANGER and THE BIRTH OF A NATION

Note: “Reel Theology” is a special section devoted to editorial interpretations of various movies.  The readings you may find here might very well be unintended on behalf of the filmmaker, and in many cases are subjective to the individual writer’s point of view.  You may find yourself not agreeing, but we hope you will find yourself engaged. 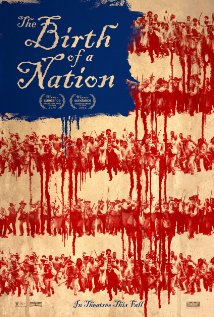 Slavery is no doubt one of the darkest blemishes on the American republic’s soul.  Our reprehensible actions towards our fellow men and women simply because of the color of their skin plunged us deep into a violent Civil War and that division is still with us today as we witness race relations in our communities continue to deteriorate. Specifically, we see this today as it relates to the subject of “institutional racism” that was recently a part of the discussion of both the first Presidential debate between Hillary Clinton and Donald Trump, as well as the Vice-Presidential Debate between Gov. Mike Pence and Sen. Tim Kaine.

Director Nate Parker’s first feature length film, The Birth of a Nation takes its name from the notorious pro-KKK film of 1915, but seeks to redeem the title and apply the notion of the nation’s rebirth as not coming from the hateful Klansmen, but as being embodied with the rising up of a slave who led the largest and bloodiest slave rebellion in American History as a means of putting an end to the barbaric slave trade around him.

Nate Parker plays the title role in this biographical look at the story of the real-life Nat Turner.  Nat was a slave in the antebellum south who learned to read from his owner’s wife, Elizabeth Turner (Penelope Ann Miller).  Having been born with several marks on his chest, he was declared early on to be bearing the signs of a prophet.  His knowledge of the scriptures coupled with this foretelling of him being a prophet of God, led him to surrender his life to ministering to others.  His owner’s adult son, Samuel (Armie Hammer), eventually runs the plantation and the film shows this plantation as being different from those plantations around it.  There seems to be good repoire between Samuel and the slaves he owns, and we don’t see the type of brutality that is often depicted around them.  Slaves who do their work seem to have no problems finding time to do the things that they want to do, such as throwing elaborate wedding celebrations.

The most important part of The Birth of a Nation, isn’t so much the story it tells, but the questions it raises.  For a culture still grappling with the struggle of race relations, justice, and healing in our communities, it may be important to consider what things we should be angry about, and more importantly, what methods we should employ to bring about the desired change. 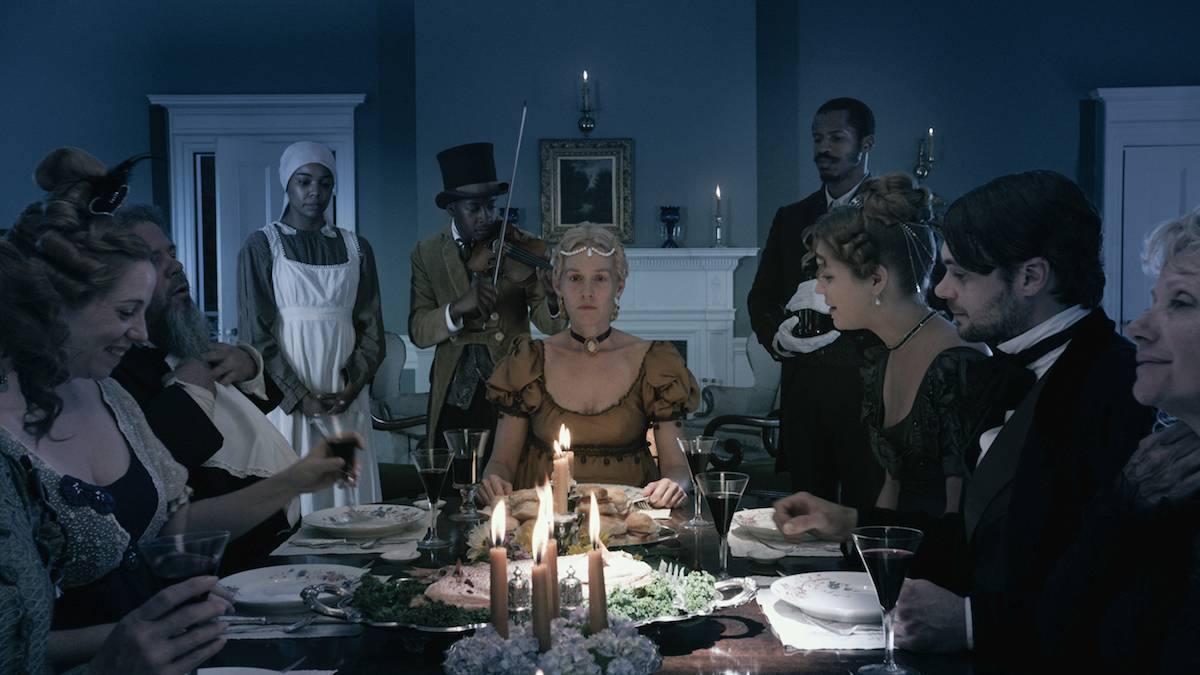 When the plantation starts to struggle financially, Samuel is told that other plantation owners will pay him handsomely if he can bring his preacher slave, Nat, to their plantation to preach words from the scripture that will calm down their slaves.  They see the lack of tension between Samuel and “his slaves” and think its because he’s using Nat to keep them at bay by using God’s word to keep them silent in the face of oppression.  Nat, as a loving servant of God, has interpreted the scriptures’ depictions of slavery as being a condition where God want slaves to honor their masters as a way of honoring God and often preaches this, so in a way this conception by the other slave owners was correct.

As Nat travels with Samuel to preach this message of slaves being passive so as to honor God, he witnesses the cruelty and the savageness of the other plantation owners first hand.  This is where the film makes the strongest impact.  Nat is then expected to preach his nice words of passivity, and move on.  The actions he witnesses against his fellow man, however, stir up a righteous anger that causes his preaching to begin to take on a revolutionary flair.  Instead of calming down the slaves at these plantations, he finds himself inspiring them with the scriptures that declare a God who will hear the cries of the oppressed and who will raise up a deliverer.  As his rhetoric begins to change, so does the way he views the state of slavery in the south.  When Samuel begins to drink heavily and exhibit some of the same cruelty Nat has witnessed else where, he begins to have a series of visions that lead him to the conclusion that he is to be God’s instrument of vengeance for the injustice of slavery. 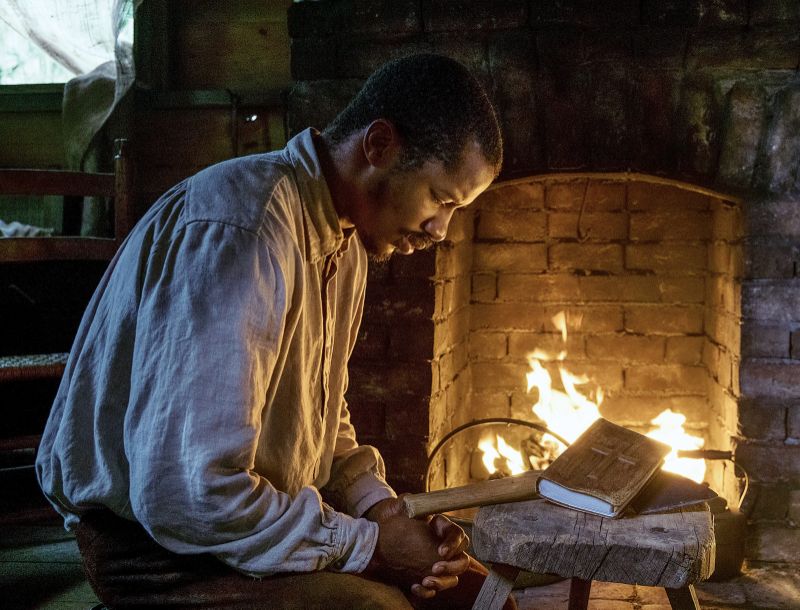 The theology of the film creates an interesting discussion to have.  In both cases, where the slave owners want Nat using scripture to keep their slaves in oppressive submission, and how Nat begins to find the verses in the Old Testament of God’s vengeance and wrath, scripture is being used to justify violent action.  Should scripture be looked at in its entirety to get its full contextual picture, or should we be allowed to cherry-pick verses to justify whatever we want it to say? Even today, well meaning groups seem to focus on the verses that highlight their particular passion or viewpoint.  Here, it was being used to suppress an entire group of people.

The other part of the theology in the film that is worth thinking about is the notion of righteous anger.  In the New Testament scriptures, even Jesus gets so upset that he begins to overturn the moneychanger’s tables in the temple, using a whip to drive them out, accusing them of turning God’s house into a place of commerce instead of a house of prayer.  In terms of violence in the New Testament, Jesus, using hyperbole, tells his followers to hate their sin so much that they be willing to chop off an part of their body that would cause them to sin against God.  The Apostle Paul spoke about the idea of spiritual warfare, and training oneself in their faith like a soldier trains.  Christianity, which is often seen as more loving, passive, submissive, and grace-filled than its bloodier, violent, and absolute other half in the Old Testament, seems to be in sharp contrast with the notion of righteousness being found in anger.  But does it allow for acting out on this righteous anger? 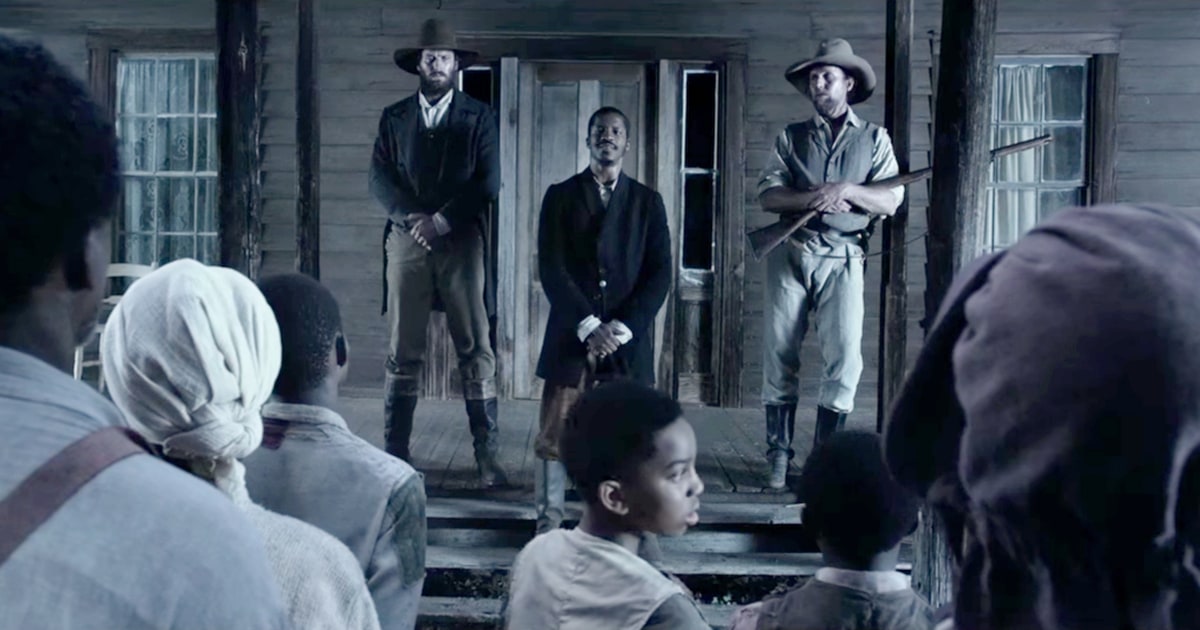 Should we be angry that today, in 2016, there is more slavery in the world than the height of the American and British slave trade?  Should we be angry at the way whole groups of people are marginalized or belittled, and trafficked, often by people using the same scriptures that speak of loving, caring for, and forgiving one another?  If such righteous anger, the kind that seeks to bring about change for the better, is allowed in scripture, then the bigger question for those who look to scripture, is how one allows that anger to be channeled to bring about the desired change, and justice.  For Nat Turner, this was a 48 hour rebellion where slaves decided that violent revolution was justified to right the wrongs of systemic slavery, resulting in over 50 deaths of white plantation owners and their families. Even women and children were not spared.

But does scripture allow for this level of violence when the reason for fighting is a noble one?  The irony of a pacifist preacher leading the most violent slave revolution in American history is not lost on the film’s director.  But for those who would seek to follow the teachings of scripture, are such means justified by the cause with which they are employed?  Did Christ seek to be King by overthrowing the oppressive empire of Rome, letting violence be the means to fight violence, or did he lay down his life to absorb the violence of Rome and thus render Rome’s violence ineffective once and for all? 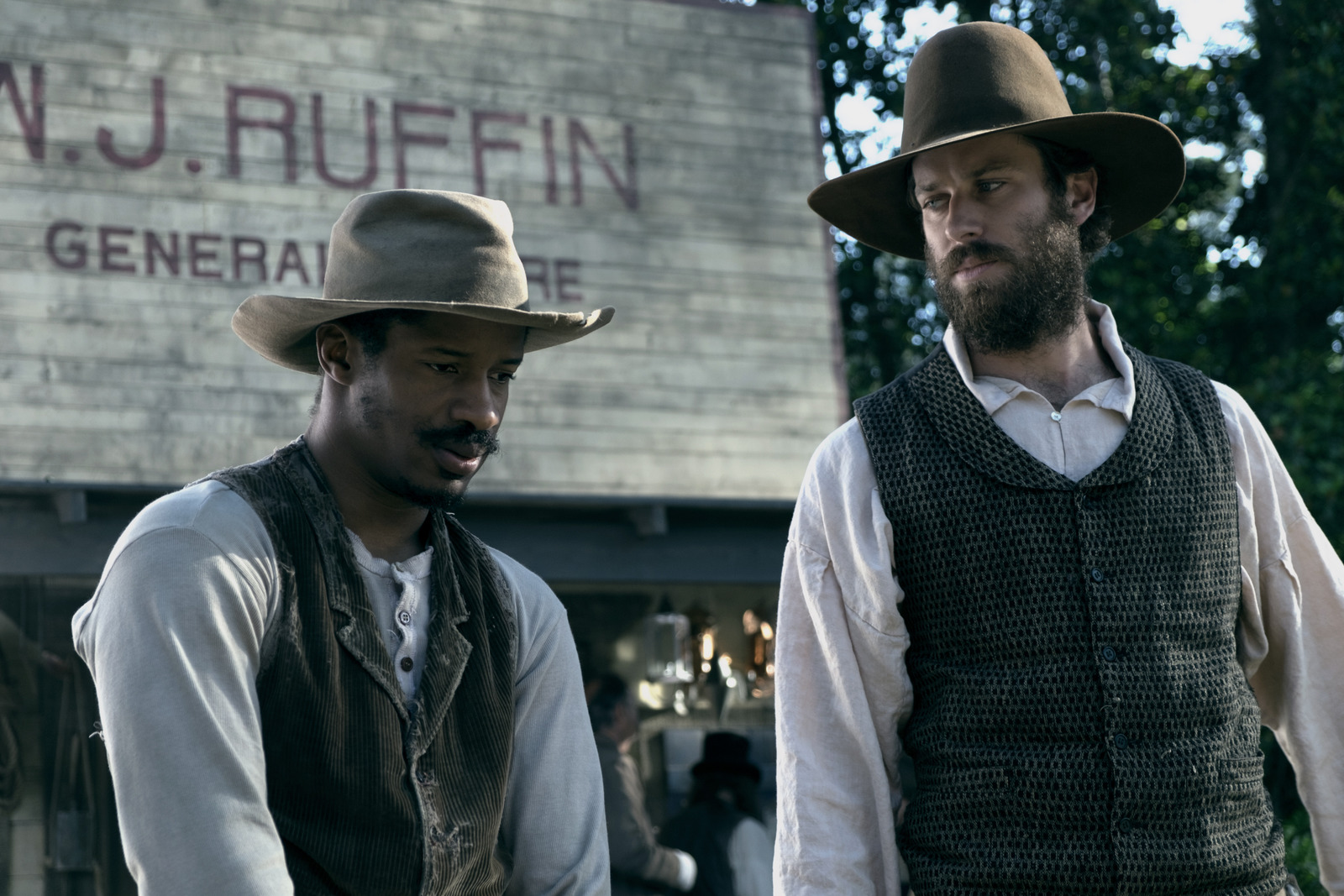 The effectiveness of Turner’s rebellion is still being debated today.  Nate Parker’s film will certainly be compared to the far superior 12 Years a Slave, but it shouldn’t. While the issue of slavery is front and center in both, they are very different in terms of what they are trying to say.  The most important part of The Birth of a Nation, isn’t so much the story it tells, but the questions it raises.  For a culture still grappling with the struggle of race relations, justice, and healing in our communities, it may be important to consider what things we should be angry about, and more importantly, what methods we should employ to bring about the desired change.  For those who would look to scripture, consider this: was the way of Jesus only about laying down one’s life for others, or is there a time to pick up the proverbial whip and rage? 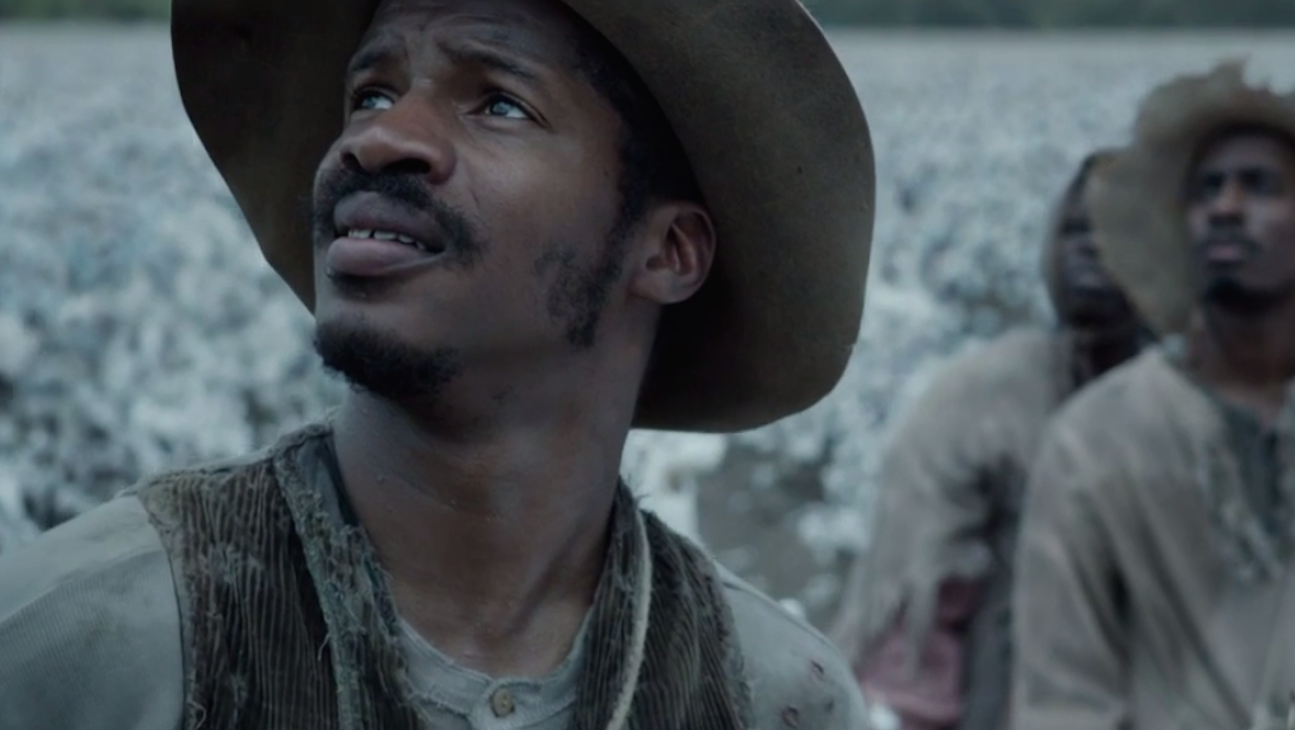