Is Past Prologue in Michael Pearce’s Beast?

“You’re wounded. I can fix you.” Those are the first words that Pascal (Johnny Flynn) says to Moll (Jessie Buckley) when they meet each other. She (deliberately) cut her hand on some broken glass earlier, and Pascal notices the blood. They go back to his truck, where Pascal applies a band-aid to the cut. Moll starts to hope that maybe his words carry a deeper meaning as well and she finds herself beginning to grow very attracted to this man.

It’s just a shame that Pascal could quite possibly be the man responsible for the serial kidnapping and murder of 4 young girls on the island.

Beast, a fantastic feature film debut from writer/director Michael Pearce, tells the story of Moll’s relationship with Pascal, her relationship with her family and her relationship with her own past. She lives on the isolated British island of Jersey, which lies just off the coast of Normandy in the English Channel. And just as Jersey is set so far apart from England, Moll is alone and adrift even among her own family. She’s a young woman with an emotionally troubled past which has kept her from forming the normal relationships with friends that can provide people with balance and perspective. Moll’s mother (Geraldine James) professes that the two are best friends, but mom does nothing to support Moll- she only offers criticism, guilt (lots of guilt), and continually places Moll’s needs and desires behind everyone else’s. 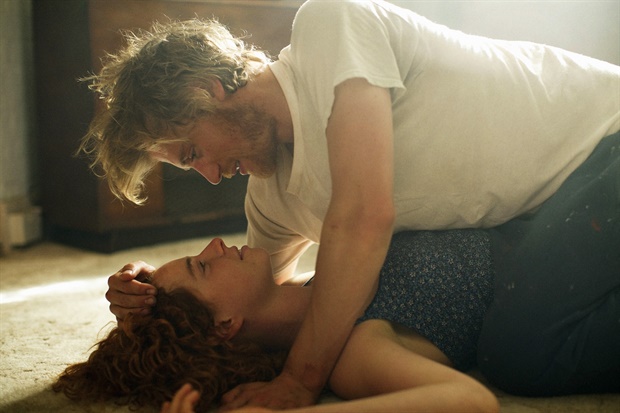 When we first see Moll in the movie, she is practicing in the church choir, which is directed by her mother.  Dissatisfied with the performance, Mom stops everything and specifically calls Moll out- “I need more from you.”- before making everyone start all over again. Later, it is Moll’s birthday party and her moment in the spotlight is usurped when her sister announces that she’s pregnant with twins.

So when Moll meets Pascal, who rescues her from a particularly pushy date that was rapidly heading into assault, his attention and attraction to her- coupled with his own outsider status- is like a ray of sunshine in her life. He’s a laborer, a few rungs down the ladder from Moll’s family status, he poaches rabbits illegally, and he wears jeans to formal events (they’re black jeans, but still!), but that all just makes him so much more interesting to her. In fact, the more Moll’s mother protests, the more Moll desires Pascal.

But there’s that pesky suspicion of murder thing.

When a detective friend-of-the-family pulls Moll aside to tell her of his suspicions, she dismisses this as just another attempt by her controlling family to drive her and Pascal apart. Moll lies about Pascal’s whereabouts the night the most recent victim was taken- and when the police have evidence that they know she’s lying, she still sticks to her statement. 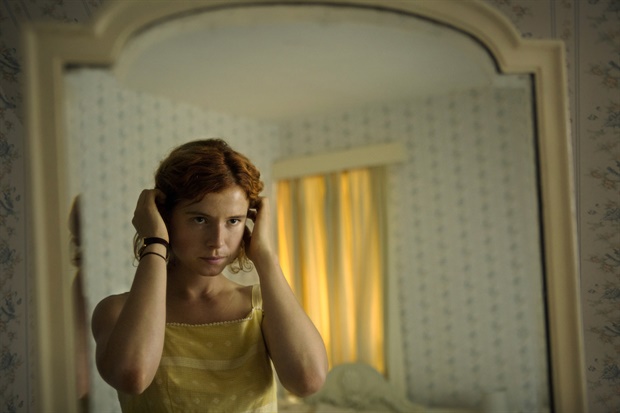 And yet… could it be? As mentioned before, Moll has a troubled past herself. She senses a kindred spirit in Pascal, but maybe they’re more alike than Moll is comfortable with. She knows what she is capable of… but what does she really know about him? Moll’s a good person and her growing guilt that she could be covering for a murderer begins to eat away at her. Add to that the pressures from the police and the community that thinks she’s sheltering a serial killer, and Moll’s tenuous hold on herself rapidly erodes away.

Buckley’s performance as Moll is the absolute heart of this film- fierce and raw. She always seems right on the verge of breaking- even before the movie’s plot begins to apply pressure on her. But beneath that brittle exterior, there’s a spine of steel, and Moll’s going to have to discover that if she’s going to make it through the other side of the events in the film whole.

Buckley’s performance as Moll is the absolute heart of this film.

This is a strong debut from Pearce. A native of Jersey himself, Pearce showcases both the island’s natural beauty as well as its loneliness- aspects which are mirrored so well in his main character. Small, but telling details abound in the film’s mise en scene. From the beginning, Moll’s isolation is visually established. Played by Irish actress Buckley, Moll is a vibrant redhead in a sea of blonde and beige. When Pascal first enters Moll’s home, there is a show about alligators- cold-blooded predators- playing on a TV set. I won’t reveal if that’s subtle foreshadowing or a nice bit of misdirection, but it’s clearly intentional and easy to miss.

Beast isn’t really a mystery story, although there is a mystery at the heart of it. There aren’t scenes of characters hunting for clues, interviewing witnesses, and piecing together timelines. Moll’s not a detective and she has nothing to go on but her own intuition. But can she really trust her feelings when they’ve betrayed her so horribly in the past? There’s a sense that no one has really forgiven Moll for what she’s done, especially not her mother who holds that past incident over Moll’s head every single day. But it’s equally clear that Moll has yet to fully forgive herself.