For One Child, Disney Movies Opened Up the World 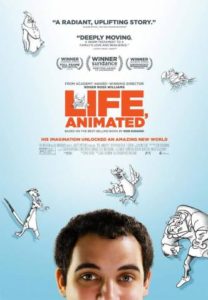 Owen Suskind was a bright, verbal three year old when autism cut him off from his loving family. He could no longer interpret what was being said to him, and he could no longer make himself understood.

Can you imagine what that must have been like for young Owen? And for his older brother, Walt, and parents, David and Cornelia Suskind? Of course, you don’t have to simply imagine. In Life, Animated, Owen Suskind – now a young adult – tells his own story, as do his family members. The documentary even includes beautifully animated sequences portraying Owen’s perspective, allowing viewers to feel empathy for a child whose autism made connection with the world profoundly difficult. Empathy is one of the great gifts of movies, as Roger Ebert wrote so eloquently:
“We all are born with a certain package. We are who we are: where we were born, who we were born as, how we were raised. We’re kind of stuck inside that person, and the purpose of civilization and growth is to be able to reach out and empathize a little bit with other people. And for me, the movies are like a machine that generates empathy. It lets you understand a little bit more about different hopes, aspirations, dreams and fears. It helps us to identify with the people who are sharing this journey with us.” 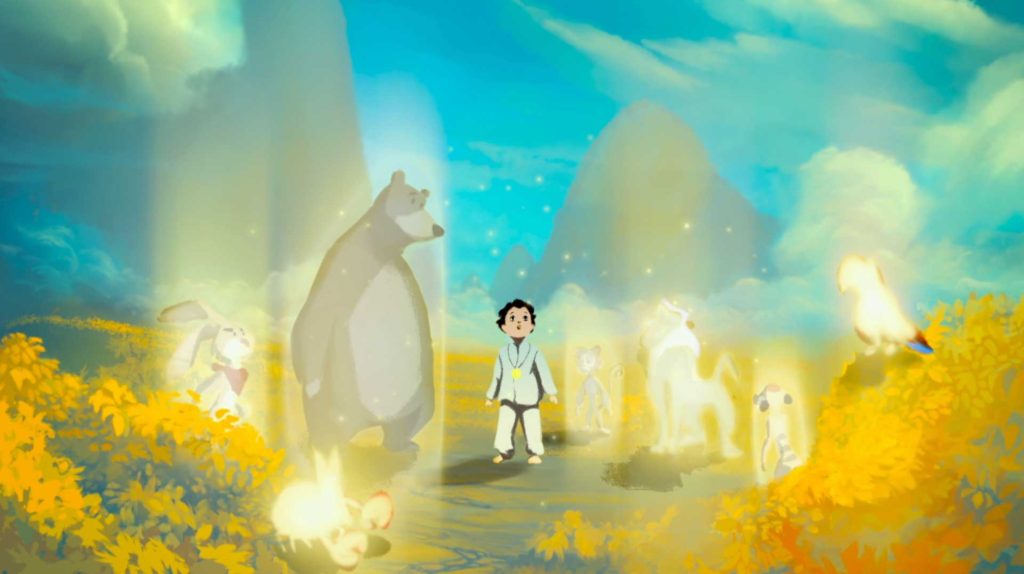 There was never a more potent example of this empathy machine at work than in the life of Owen Suskind. After a long stretch of complete silence, he began to communicate with his family through lines from the Disney animated films he watched over and over and over again. This wasn’t just parroting back what he was hearing: it was learning to understand the complexity of the world through Disney’s narratives and characters. Strikingly, when Owen’s older brother became upset on his birthday, the barely verbal Owen told his parents, “Walt doesn’t want to grow up like Peter Pan and Mowgli.” That was both relevant and insightful and let David and Cornelia know that their son Owen was not only still “there”, but bright, aware and capable of meaningful relationships.

“Life, Animated” tells the story of Owen’s early life, but follow him in early adulthood as he leaves home for his first apartment (in an assisted living complex), applies for jobs, suffers heartbreak, speaks at a conference on autism, and has a very awkward conversation about sex with his older brother. 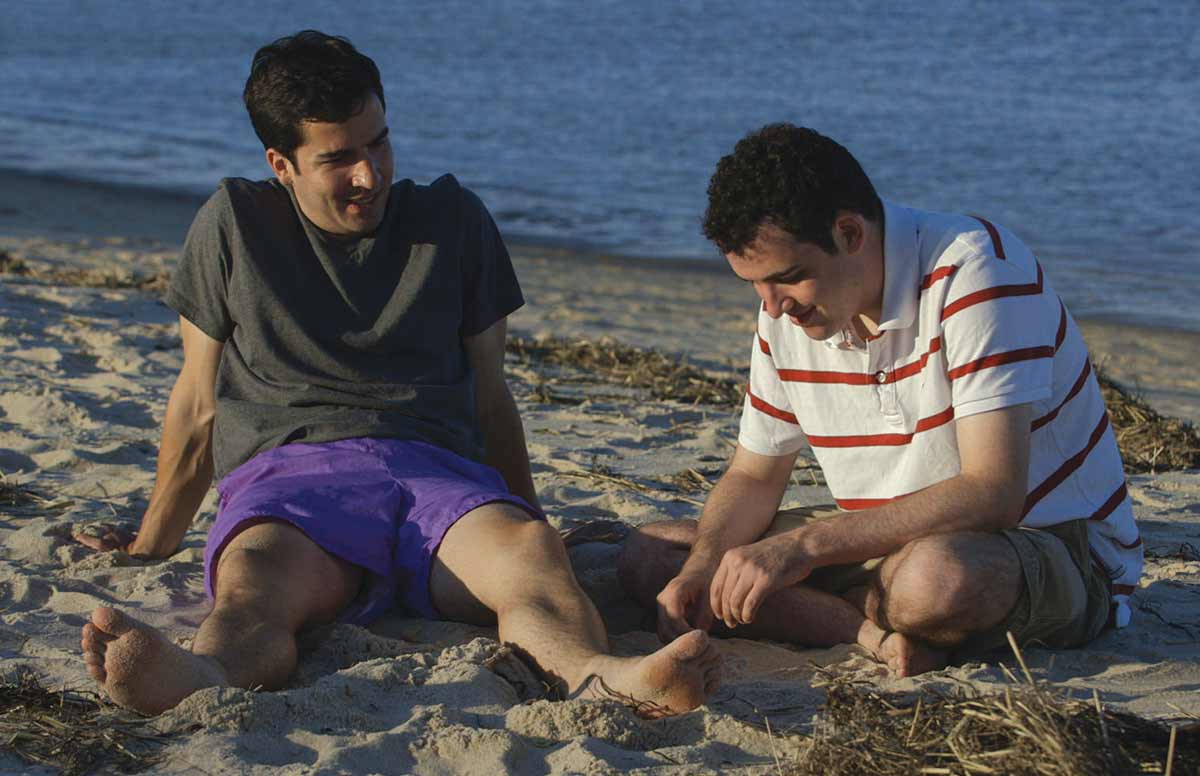 And so Disney movies became the bridge between Owen and the world. When bullied he identified with Quasimodo. Spending the first night away from his parents, he watched the hunting scene from Bambi. Trying to find his place in the world, he settled on being a loyal, charming sidekick like Timon or Baloo.

Life, Animated tells the story of Owen’s early life, but follow him in early adulthood as he leaves home for his first apartment (in an assisted living complex), applies for jobs, suffers heartbreak, speaks at a conference on autism, and has a very awkward conversation about sex with his older brother. Roger Ross Williams (God Loves Uganda) has made an inspiring, moving, very funny film. “I laughed, I cried” is a cliché, but abundantly true in this case. As amazing as Owen’s story is, the devotion of his parents and brother is equally compelling. Also, as a lifelong movie lover, I couldn’t help identifying with what those Disney movies mean to Owen. One scene shows Owen hosting a screening of The Lion King for other disabled young adults. At a certain point he pauses the movie and asks the viewers what message they think the movie is sending. A lively discussion follows in which several of Owen’s friends speak of themes of loss, identity and independence in The Lion King. I’ve been in movie discussions like that: I love them. Movies mean things, they have power, and viewers who just consume them like movie popcorn – mindlessly, reflexively – are missing out on the fullness of what they have to offer us. I remember watching Toy Story 3 just after my son graduated from high school, and feeling that it was speaking directly to me. The Kids are Alright helped me navigate a rough patch in a personal relationship. Calvary nursed me through a time of spiritual disillusionment. Movies don’t simply entertain me: they help me make sense of my life. Owen Suskind’s autism makes “the empathy machine” all the more vital in helping him understand and be understood, but Life, Animated is a tribute to the power movies have to help all of us interpret our lives and connect with those around us.