Open Marriages, Fidelity, and a New Look at the Modern Relationship 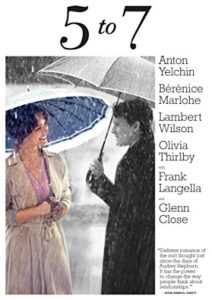 Writer/Director Victor Levin jumps from the small screen to the silver screen with 5 to 7, a film that takes a look at an unconventional relationship, even for the modern world.  Through it, he seeks to look for the answer to the questions of “what is love?” and “does it have to conform to the traditional societal boundaries that have been put on it for so long?”.

This is obviously a very modern topic for our culture.  With same-sex marriage being argued before the Supreme Court, divorce and remarriage being more of the norm, and even plural marriages being the subject of TLC reality shows, the question of what constitutes the ideal relationship, and what its boundaries should be, is front and center in our collective cultural psyche.

Anton Yelchin (Star Trek Into Darkness, Only Lovers Left Alive) stars as Brian, a hopeful writer who has been experiencing a steady stream of rejections from most of the major publications that he has been applying to.  Hanging each rejection in his apartment as a trophy representing his struggle to break into the business, he continues to write the type of public interest stories that will help pave the way into the business, but are not necessarily what he is passionate to write about.

While walking one day through New York, he spies Arielle (Bérénice Marlohe-Skyfall) who is smoking on the street, outside a hotel.  They strike up a conversation which leads to more meetings.  Eventually they begin to date, but only between the hours of 5 to 7.  As she informs Brian, these are the times that she and her husband are free to have other lovers before they return to each other and their children.

Despite being bothered by this arrangement, Brian willingly begins meeting Arielle for dates, or for rendezvous in the hotel with her, despite her being 9 years his senior and given her marital status.  Eventually, to make the situation more awkward, Arielle’s husband, Valery (Lambert Wilson-Of Gods and Men), a French diplomat, invites Brian into his car to invite him to dinner with their family, and Valery’s 5 to 7 lover, Jane (Olivia Thirlby-Juno, No Strings Attached, Dredd). 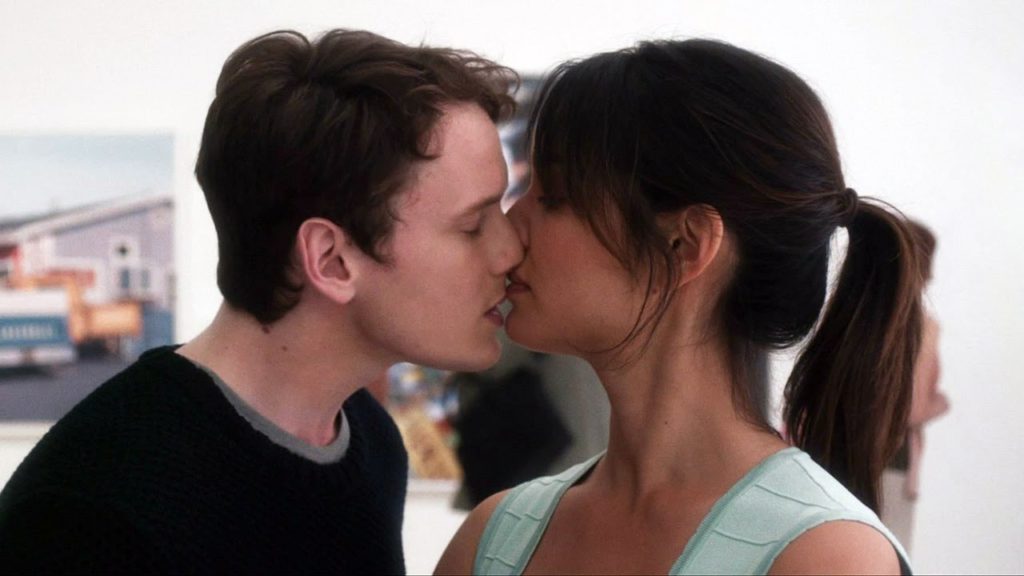 It seems that this is simply normal and both Brian and Jane are treated as “family” by the children and by both Valery and Arielle, despite the extremely unconventional structure of their relationships.  Valery and Arielle also encourage Brian and Jane to grow closer to one another as Jane is an editor for a top publisher that could very well help Brian’s career.

Valery and Arielle are presented as honest, and (despite the obvious adultery) morally upright individuals who both love and respect one another.  This makes their 5 to 7 relationship arrangement all the more puzzling to a culture steeped in the traditional views of love and marriage.

Yet, despite this unconventional look at modern relationships, 5 to 7 ends up collapsing back into the traditional mindset, as Brian longs to have a relationship that puts he and Arielle together in a relationship that could only happen with her divorce from Valery, and their subsequent marriage, one where they would be exclusive to each other.

The rest of the film plays out the tensions that exist in these types of unconventional relationships butting up against the standards, boundaries, and longings of those seeking a more conventional reality.  In terms of the examples listed at the beginning of the article, even the more hot-button topics surrounding these issues have a very conventional approach. Same-sex marriage is about people who have been outside the norm of traditional marriage trying to have the opportunity to have fidelity, which has been the norm.  Plural marriages on reality television is about “normalizing” this type of relationship in our culture.  To “normalize” something, you have to bring it towards the more traditional view as the reference point….or “norm”.  And so, in a film about unconventional relationships, you ironically get a pretty traditional love story.

The cast is top-notch, and they have a lot of good chemistry.  Playing Brian’s parents are Glenn Close and Frank Langella, who provide examples of the two extreme reactions of our society to such arrangements.  Glenn Close is the hesitant, yet open parent who is just wanting her son to find someone who loves him, no matter the way it looks.  Frank Langella is the traditional Jewish father who holds to established views of marriage that are informed by his faith and tradition, and who can’t help but share why this new type of relationship is destructive, even if it means alienating his son.

The film seems to take neither stance as ideal, instead settling back into a traditional love story that embraces a more realistic outcome that simply acknowledges the unique relationship Brian and Arielle share, as well as the true world they find themselves in.

Like any good work of art, 5 to 7 simply seeks to provoke discussion, not provide answers to what the ideal situation is for love, family, or the like.  We are the ones that must do the hard work of wrestling with what it means to love, and what form it should take.  It allows our beliefs and convictions to inform how we each approach this subject, just as they ultimately must inform Brian and Arielle’s choices.

These types of decisions, like this relationship, don’t always fit neatly into a 5 to 7 schedule, and will continue to take center-stage in our culture as we try to decide what it all means.  This is a small, competent film, that isn’t afraid to wrestle with such difficult notions, providing a compelling story along the way.