New Version Shortchanges the Music in the Musical 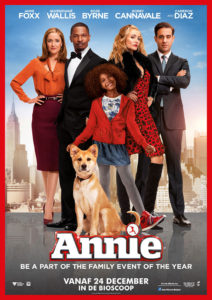 I am an Annie fan from way back.  The musical opened on Broadway in 1977 and although I never saw the stage production, the soundtrack album featuring Andrea McArdle got heavy play at my house.  I was in high school by the time the first screen version of Annie came out in 1982 featuring the ideal trio of villains in Carol Burnett, Tim Curry and Bernadette Peters.  The 1999 Annie, directed by Rob Marshall, had Kathy Bates, Alan Cumming and Kristen Chenoweth in those same roles, but was an inferior imitation.  There was, however, one thing that all three of those versions of Annie got right: the music.

It’s easy to think of Annie’s score as being hokey or played out, given our collective memory of millions of little girls (most with far less talent than Andrea McArdle) belting out “Tomorrow”.  Annie’s popularity created the sort of musical burnout that we’re experiencing now, listening to our daughters sing “Let It Go”.  But here’s the thing, “Let It Go” became the ear worm of 2014 precisely because it’s a great showstopper of a song.  “Tomorrow” and the rest of the songs from Annie were immensely popular because they, too, were great.  In the moment when Broadway seemed to be shifting to all Andrew Lloyd Weber, all the time, Charles Strouse and Martin Charmin offered up music that was accessible, catchy, singable and fun.  No irony required.

Replacing the traditional redheaded moppet with the charming Quvenzhané Wallis (“Beasts of the Southern Wild”)?  That’s just fine. Updating the story from the Great Depression to present day? Acceptable.  But for goodness sake, when the best thing about a musical is its music, leave the music alone. 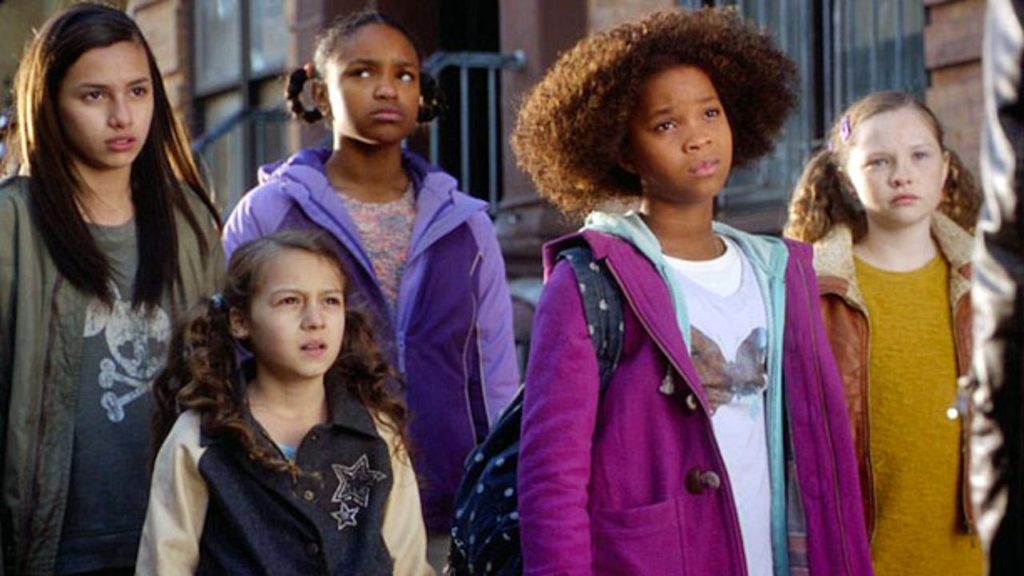 And herein lies the fundamental problem with the new, very different adaptation of Annie. Replacing the traditional redheaded moppet with the charming Quvenzhané Wallis (Beasts of the Southern Wild)?  That’s just fine. Updating the story from the Great Depression to present day? Acceptable.  But for goodness sake, when the best thing about a musical is its music, leave the music alone.

Alas, this Annie,  directed by Will Gluck (Easy A) and with producers like Jay Z and Will and Jada Pinkett Smith, aspires to be more musically modern, with the result that new and forgettable songs have been added to the story, and the classic songs have been largely rewritten – or written out entirely.  Only “It’s a Hard Knock Life” retains much of its original energy; and even that production number is diminished, since Annie is no longer singing it with an orphanage full of girls, but only four other foster children. 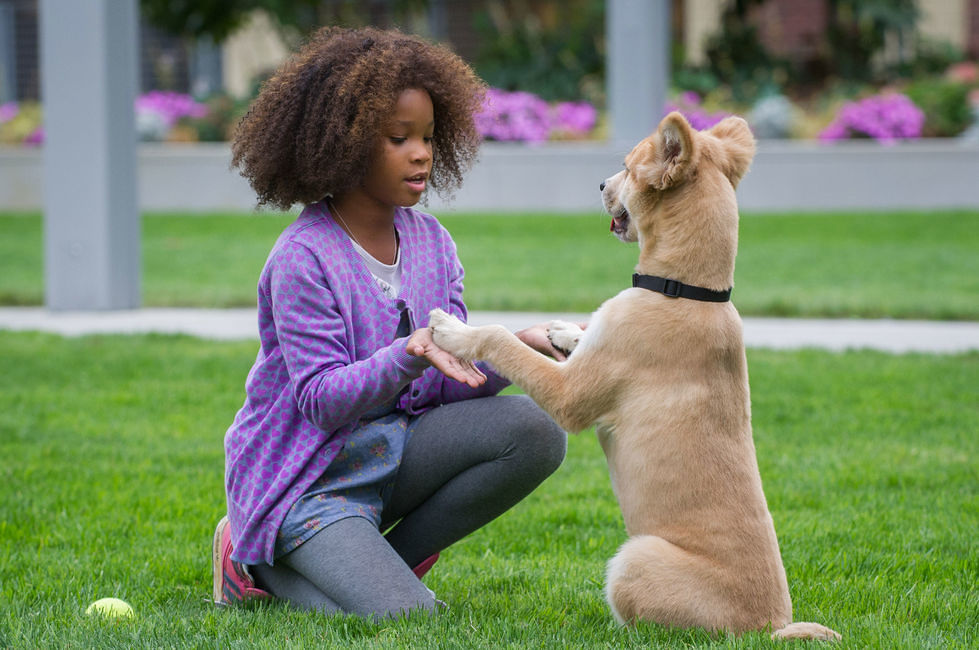 The most egregious musical loss is “Easy Street”, sung in the earlier film versions by the actors I mentioned above.  In this new Annie, Miss Hannigan is played by Cameron Diaz, effectively channeling the raging, drunken floozy of yore (even if she’s implausibly attractive, since she’s still Cameron Diaz).  Her grifter of a brother, Rooster, has been replaced by a ruthless campaign manager played by Bobby Canavale.  Diaz and Canavale are talented actors, but they are, I’m sorry to say, only passable singers and dancers.  What was a fantastic showpiece in every previous version of Annie is now a tepid and minimized ghost of its former self.

Jamie Foxx is Will Staxx – a Daddy Warbucks for an age when war profiteering seems less charming.  He’s a cell phone titan running for mayor of New York, with Rose Byrne as his beautiful right hand woman.  I’ve seen complaints that this version of Annie is materialistic, but that was always the case.  Part of the thrill of Broadway’s Annie was seeing her threadbare orphanage life replaced with a mansion, servants and beautiful clothes.  The fact that Wallis’s Annie moves up to a smart house and helicopter rides is just a sign that we still love a rags to riches story 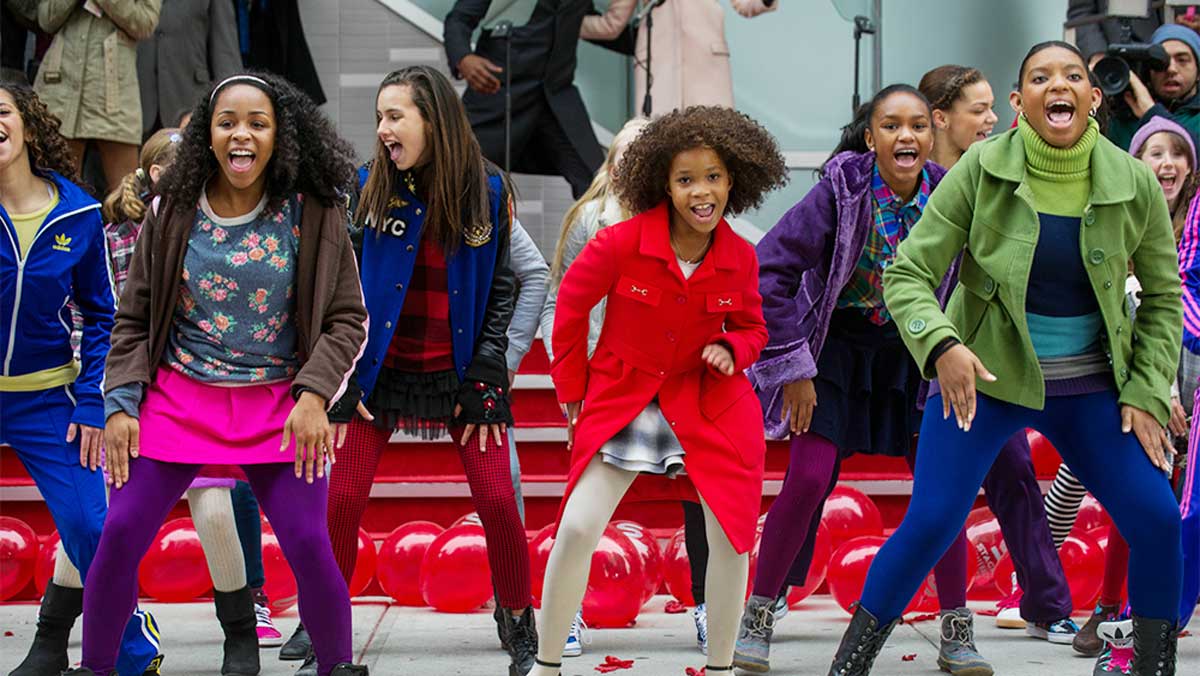 So the materialism remains, and yet this new Annie feels somehow more soulless and calculated.  Even the new elements of the story are predictable, and it’s hard to endure without the satisfaction of those great Strouse and Charmin songs.  Young girls will probably enjoy the movie – and Quvenzhané’s delivery of one of the new songs, “Opportunity” (written by Sia) is winsome.  On the whole, though, this movie will soon be forgotten by newcomers and will be a disappointment to those of us who loved earlier versions of this musical.

There’s an emblematic musical moment in Annie.  Wallis walks down the street singing the signature song, “Tomorrow”.  Most of us know this song, of course.  We know how it rises, and builds to a rousing finale requiring a powerhouse voice.  Perhaps because Quvenzhané Wallis has a pretty but not a big voice, the song has been restructured.  The builds are still there but they go nowhere: there is no payoff.  We keep  expecting and hoping for something bigger and better, but it never comes.  That’s true of this entire movie.