A Film About Horrible Bosses When the Protagonists Are Self-Employed… What? 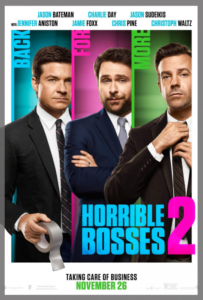 As a way of recap and introduction to the sequel, the 2011 film Horrible Bosses finds three friends who are unable to cope with their….well….horrible bosses. Nick Hendricks (Jason Bateman) works for the evil David Harken (played by Kevin Spacey) who is always holding the carrot of promotion over Nick’s head to get him to do the hard work, only to dash his dreams each time. Dale Arbus (Charlie Day) plays a dental assistant who is constantly having to fight off his sex-crazed boss, Dr. Julia Harris (Jennifer Aniston), who is blackmailing him to have sex with her or else she will tell his fiancé that they have, even if they haven’t. Their mutual friend, Kurt Buckman (Jason Sudeikis) has a wonderful boss (Donald Sutherland), until he dies.  When the son of the boss, Bobby (Colin Farrell), a cocaine-dependent and incompetent employee, takes over, he ends up making Kurt’s life miserable.

Through a casual conversation, the three friends decide to murder their bosses. Needing “professional” help they seek to hire a hit-man.  What they get instead, is the advice of a “murder consultant”, named Dean “Motherf***er” Jones (Jamie Foxx), who suggests that they each kill their other friend’s bosses, and not their own, so as to hide the motive when the police investigate.  Of course hilariarity ensues when they try and try and just realize how bad of criminals they truly are.  Eventually Nick’s boss Harkin goes to jail for killing Kurt’s boss, Bobby, and Dale is able to blackmail Julia to keep her away from him. Everything was tied up nice and neat.

For the sequel, the question was how do you make this work…again? 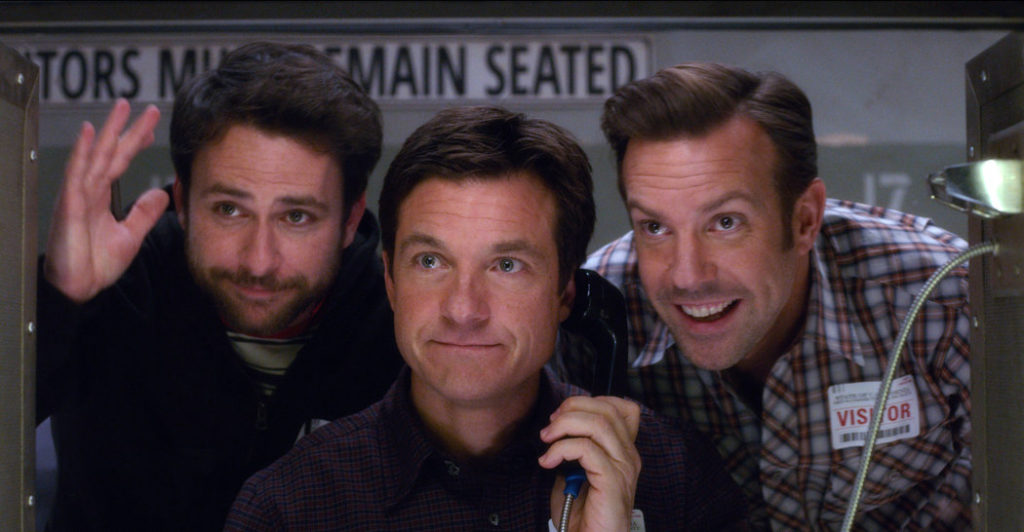 The short answer is that they don’t.  In the new film, Horrible Bosses 2, Nick, Dale, and Kurt have gone into business for themselves developing a new product called “The Shower Buddy”.  Promoting it on a local Los Angeles morning program, they bomb in their presentation.  That still doesn’t stop them from gaining the attention of the owners of a successful company.  Rex Hanson (Chris Pine) and his father, Burt Hanson (Christoph Waltz)  offer Nick, Dale, and Kurt the chance to produce 100,000 units of the shower buddy. Seeking to be able to produce such a large order, the three friends and business partners go into deep debt, counting on the big payday that will come when the units ship. When the Hanson’s good-cop, bad-cop routine reals ulterior motives, and threatens to bankrupt their new start-up, Nick and Dale and Kurt decide to give crime another chance.

Their “murder consultant”, Dean “MF” Jones, now becomes their “kidnapping consultant” as they hope to kidnap Rex to force his father, Burt, to pay them back the money they lost on the deal.  Needless to say, the sequel then jumps right back into the plot of the first film where Nick, Dale, and Kurt are again hapless wanna-be criminals.

The really only bright spot in the film is when Kevin Spacey, Jennifer Aniston, and Jaime Foxx are on screen.  It is here where we get some reminder of what worked in the original, and in contrast what is failing miserably on the screen for the sequel. It also doesn’t help that the script seems to really force a storyline to make sure that the original “horrible bosses” are included in this film, especially in the case of Spacey and Aniston. 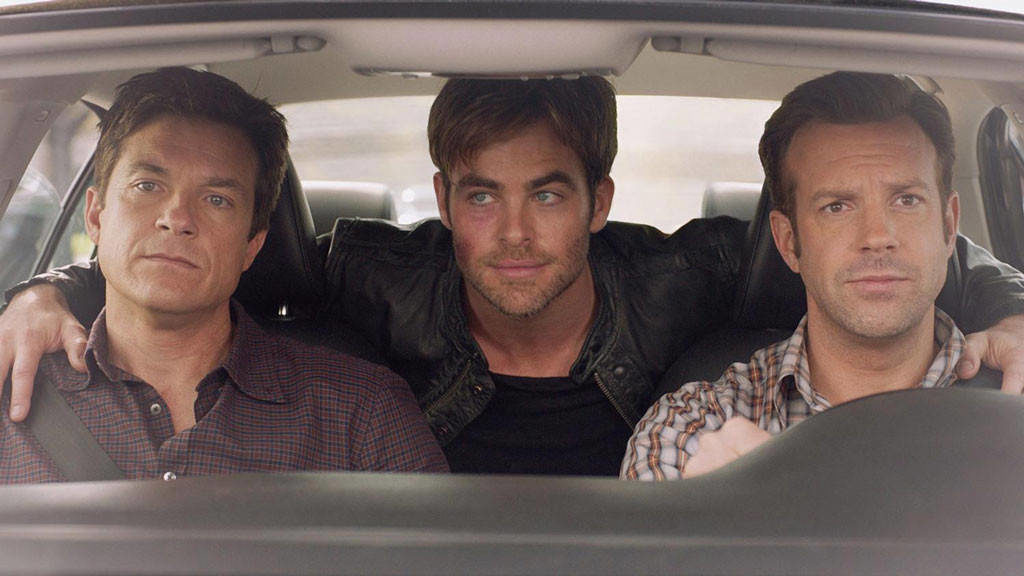 Chris Pine gets a chance to play counter to his “hero” roles from the Star Trek and Jack Ryan series, but his take on being a “horrible boss” is too much like Zac Efron’s turn in Neighbors, but not as funny.  Christoph Waltz is a tremendous talent, as seen in his work with Tarantino (specifically Inglorious Basterds, and Django Unchained) but here, that talent is simply wasted.

Bateman, Sudeikis, and Day are all capable of so much more, but they seem to really just be playing the greatest hits of their past characters from their other films.  It is a lazy effort all around, and the conclusion of the film only leads us back to a beginning of sorts, which will ensure that, if box office results are at all positive, there will probably be a third film in this series.

When you’re self-employed and are your own “horrible boss” in just the second film of the series, then there isn’t much more room to develop this idea any further.  The original Horrible Bosses worked on many levels and played to the strengths of the cast.  Despite some occasional funny moments, Horrible Bosses 2 is the opposite of its predecessor: its just plain horrible.