“You don’t deserve Cole Porter. You should stay with those groups that look like they’re going to stab their mothers.”

Quick, try to think of a Thanksgiving-themed movie in five seconds or less…

Pretty tough, huh? Yeah, they’re definitely out there—Home for the Holidays (1995) and Planes, Trains and Automobiles (1987) spring to mind as worthy examples—but, in relation to Halloween or Christmas, America’s most family-themed holiday often seems woefully underrepresented as far as Hollywood is concerned.

As this column is more or less about “classic” movies from Hollywood’s past, the best I could come up with for this day of Thanksgiving is a movie made well after the Classic Hollywood period (1927 – 1950, or thereabouts) but which, despite its more contemporary setting (New York, and more specifically uptown Manhattan, of the mid-1980s), seems to effortlessly wallow in the music, culture, and even architecture (!) of the long past… 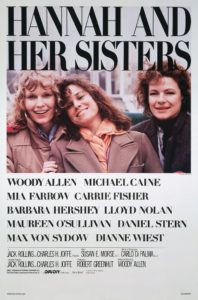 The story goes that while director, writer, and co-star Woody Allen was making his career-changing Annie Hall (1977), the music he listened to while editing that film—mostly jazz, swing, and popular melodies from the 20s, 30s, and 40s—seemed to match the romantic goings-on of high-strung, urban intellectuals in then-modern day New York so well that he decided to score his next romantic comedy, 1979’s Manhattan, entirely with orchestrated selections from the greatest popular songwriter of the pre-war period, George Gershwin.

Since then, it’s actually become something of a cliché to see every movie Allen has made since opening with his trademark plain-white-on-black Windsor-font credits, rhythmically-edited to some popular standard of the Classic Hollywood period by Cole Porter, Duke Ellington, or Glenn Miller. In other words, even when set in the modern day, pretty much every Woody Allen movie seems in the spirit, down to its choice of soundtrack, of Hollywood’s past. 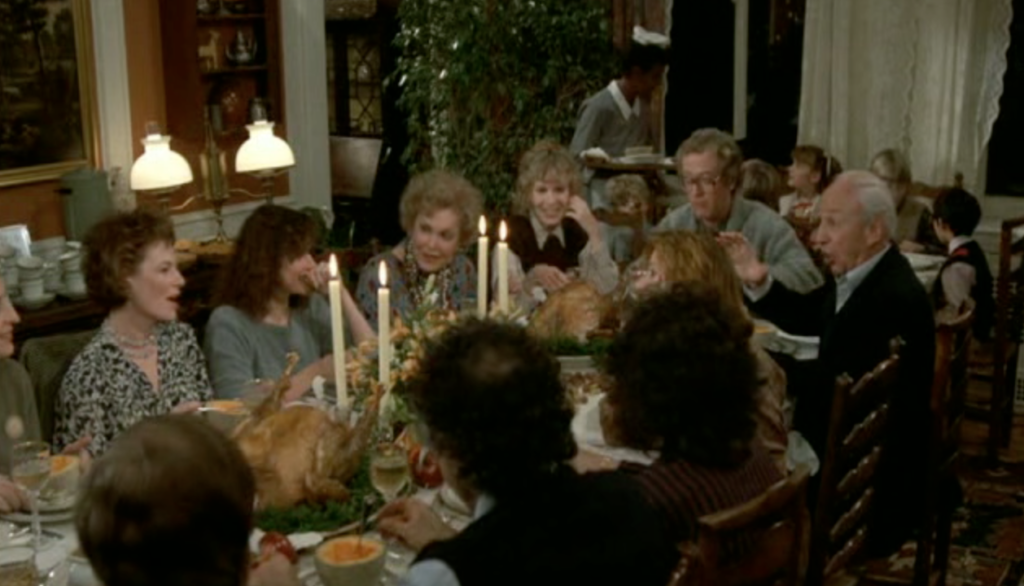 But back to Thanksgiving: three family feasts on Turkey Day provide the dramatic structure of Allen’s 1986 romantic comedy, detailing the loves, losses, jealousies, and infidelities of three sisters of a New York theatrical family (Mia Farrow, Barbara Hershey, and Dianne Wiest) over a two-year period. There’s the oldest sister, level-headed “Hannah” (Mia Farrow), who is putting her acclaimed acting career on-hold to raise her (natural and adopted) children, there’s middle sister “Lee” (Barbara Hershey) who is leaving an unsatisfying relationship with a much older, misanthropic artist (Max von Sydow) to pursue an affair with Hannah’s husband, “Elliot” (Michael Caine), and, finally, there’s the unsettled youngest sister, “Holly” (Dianne Wiest), who is dealing with a former drug addiction, a lack of vocation, and various self-esteem issues. 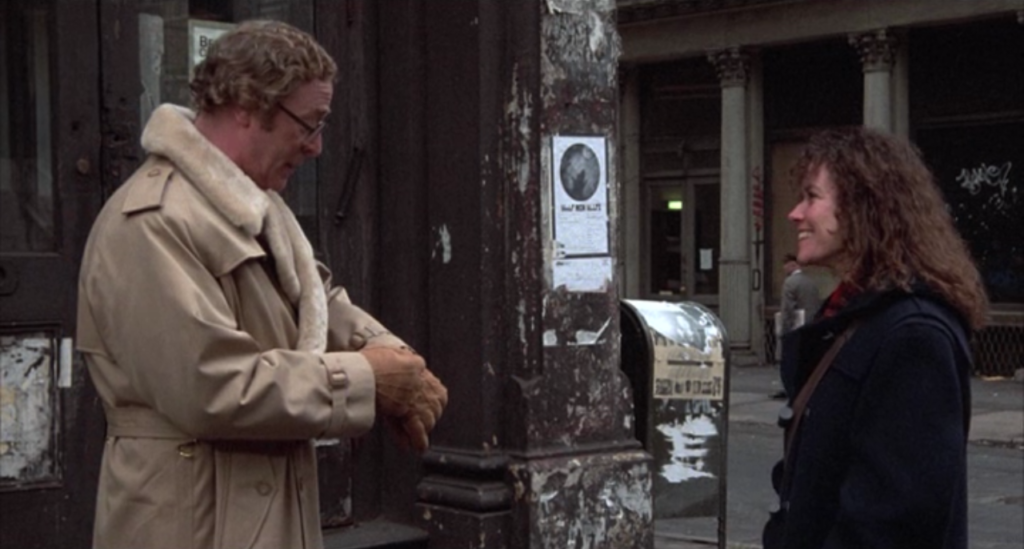 Tangential to these main plots is the story of Hannah’s ex-husband, “Mickey” (Woody Allen), a television writer in the grips of existential and theo-philosopical despair, who, following a hypochondriac-inspired health scare, (hilariously) turns to Catholicism, and even Krishna Consciousness, before being cured by “Marxism” of an entirely unphilosophical nature, courtesy of a revival viewing of The Marx Brothers’ classic Duck Soup (1933). 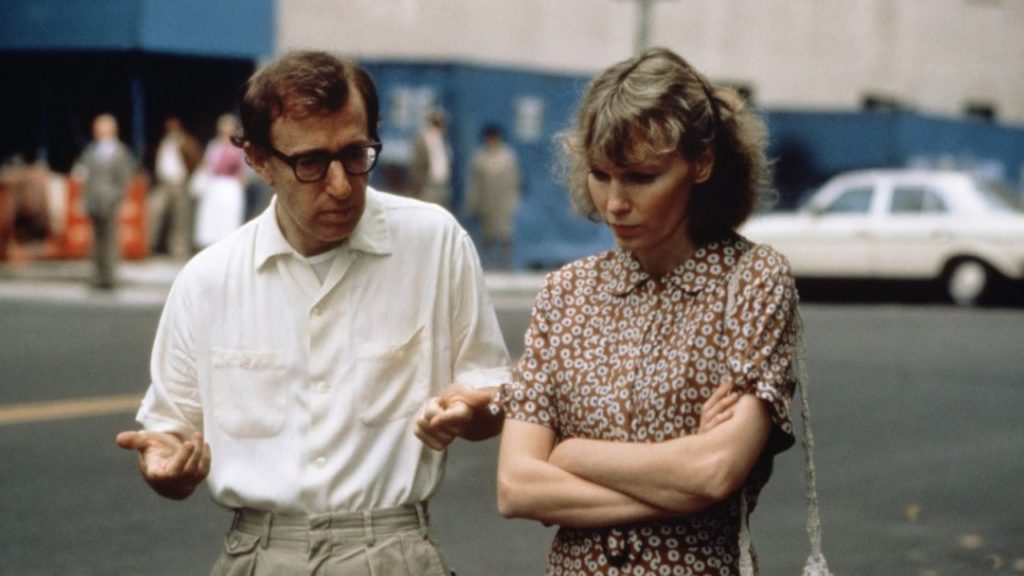 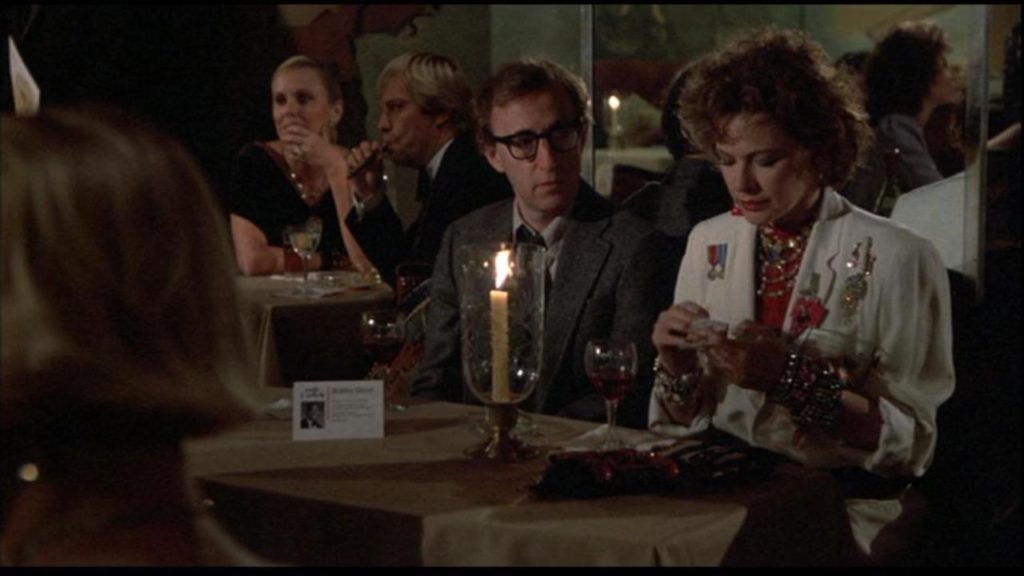 And so, with Hollywood stars Lloyd Nolan and Maureen O’Sullivan on-hand as the patriarch and matriarch, respectively, of this upscale clan (the latter being Mia Farrow’s real-life mother; “Jane” to Johnny Weismuller’s “Tarzan” in MGM’s definitive Tarzan series and possibly the most beautiful Hollywood starlet of the 30s and 40s), the emotional entanglements, disentanglements, and re-entaglements of neurotic New Yorkers around the holidays gets a classy (and Classical) assist from vintage tunes by Count Basie, Johnny Mercer, and Rodgers & Hart (among many others), and gorgeous, atmospheric views of uptown Manhattan by cinematographer Carlo Di Palma.

Dunno if any of the above may (or may not) have made you want to see the film if you haven’t, but for those that like their romcoms funny, bittersweet, talky, somewhat philosophical, and with just a tinge of moral ambiguity, Woody Allen was firing on all cylinders in the mid- to late-80s, effortlessly creating wry portraits of urban romantic angst that directly inspired—or, more accurately, was directly ripped off by—such later beloved “classics” as Rob Reiner’s When Harry Met Sally… (1989) and Nora Ephron’s Sleepless in Seattle (1993).

To see a true master of the modern screwball comedy at work, then, I’d suggest spending a Thanksgiving (or three) with one of the true classics of the genre! 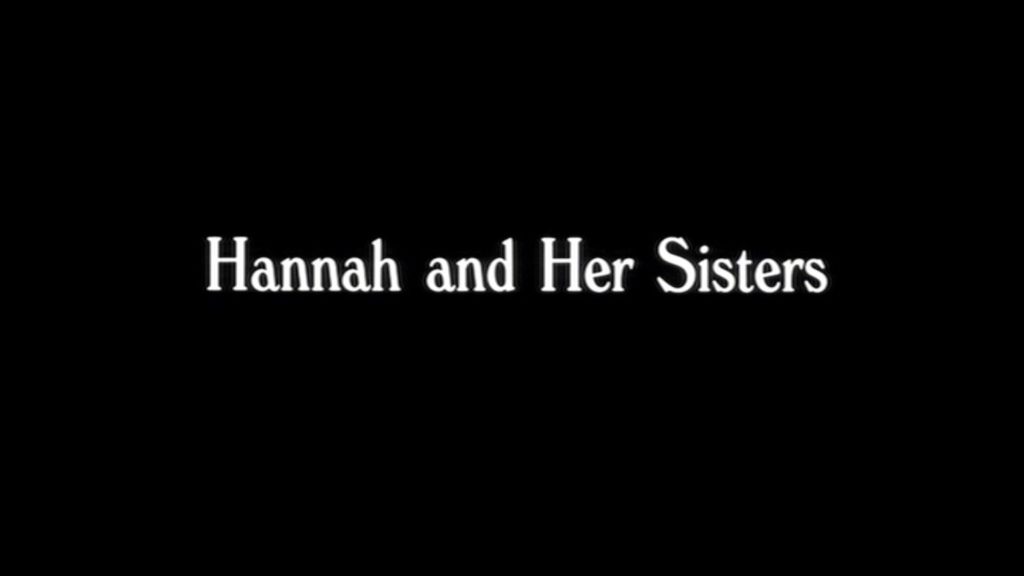